​​As much as I think I’ve changed through the years, my objectives are barely different from when I was 18. I nearly dropped out of my senior year of high school to play hardcore punk across North America, shoplifting and dirtbagging mostly through the West, sleeping wherever, and existing willfully at the boundaries of society (or in defiance of them). Reflecting, I sought an antidote to modernity. An alternative to working in the shipyard until my back gave out like the young men in my town were expected to do. I wanted to forfeit that life for something uncomplicated. Set up, play, tear down, eat, sleep, drive, repeat. 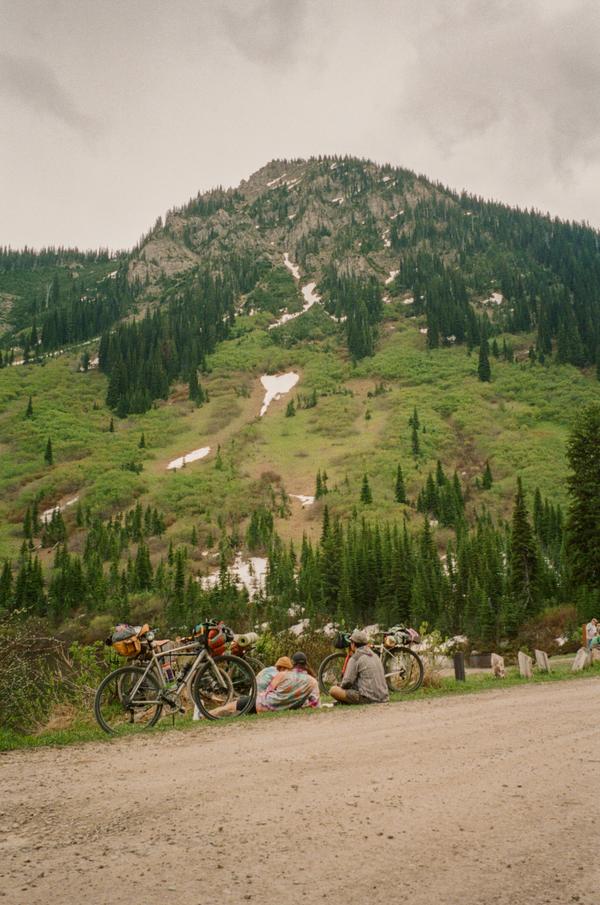 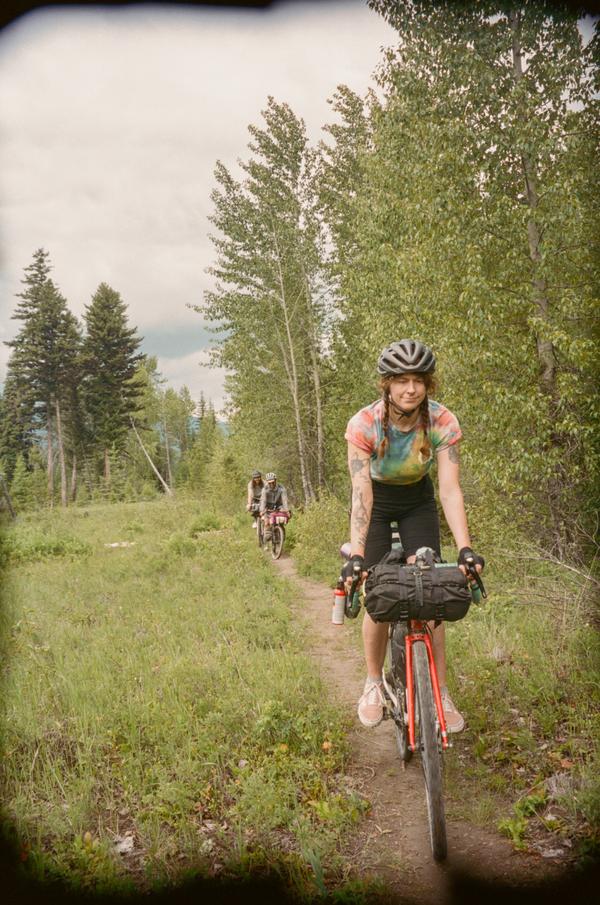 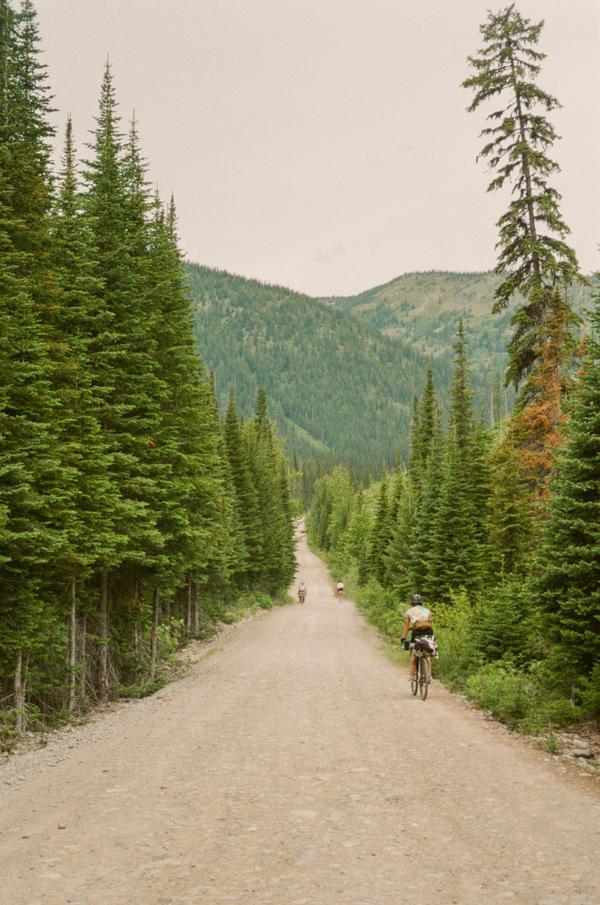 I pay for my granola bars now, but bike tours tick a lot of the same boxes. Both kinds of touring have the same final limitation as well – they end. Anyone who knows how to get away also knows how weird it is to come back. After three days of psilocybin-fueled bike camping through Salish and Kootenai land (known as Glacier National Park), the lunch and a beer at Eddie’s Cafe on Lake McDonald was a trip of its own. All these people, so… showered. So seemingly hung up, impatiently tapping their toes and hassling the frenzied server: “I ordered my hamburger an hour ago,” etc. How our ragged crew might have looked to the tourists I have no idea, but I’m willing to argue we were playing from a simpler rule book. Make camp, eat, sleep, break camp, ride, repeat. Where’s the line for when shit goes wrong in a funny way and when shit goes too wrong? It’s usually hard to tell until later. An hour into our four-day loop – after sweaty hike-a-bikes through miles of fallen trees, coming up on mushrooms – shit went too wrong. I figured the wobble in my saddle was just my quick-release slipping. No problem. I hopped off to tighten it and… Problem. The collar split down the side, rendering it useless. At first, I could laugh. Five miles of riding my loaded bike like a BMX on rocky single track in bug-infested Montana woods and I’d quit laughing. When Brad nearly unseated his tire on a chunky descent, and we were eaten alive pumping it back up, we all quietly wondered how ready we really were. 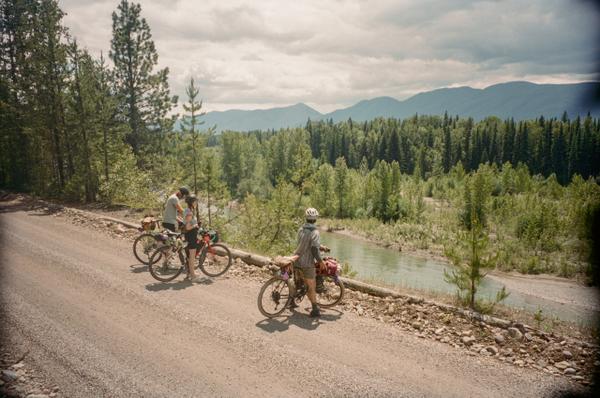 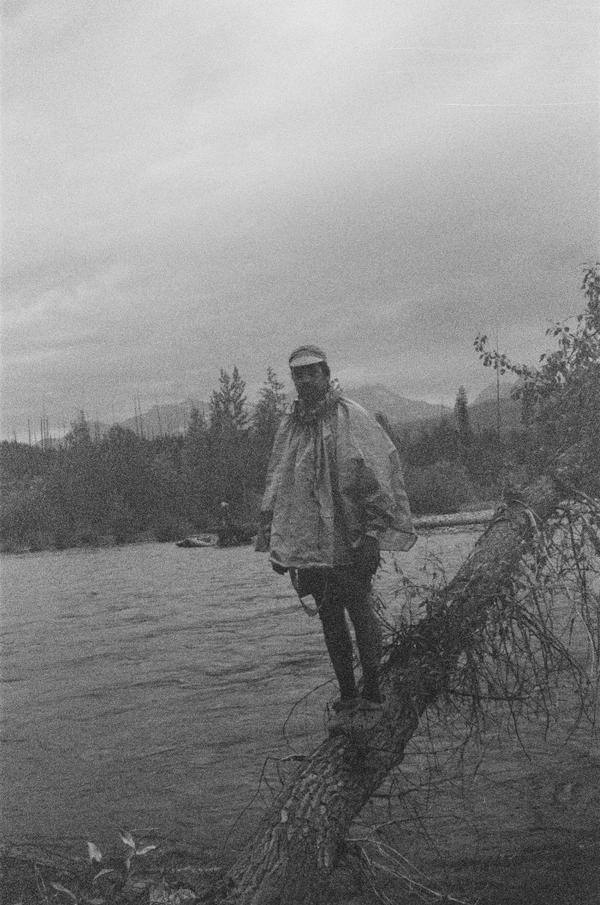 We limped back to the nearest road, a couple of hours off course. I left my bike in some bushes by my crew, and stuck my thumb out, brain buzzing with strange colors and foreign ideas. If you’re one of the fifteen or so people who passed me by that afternoon – I can’t blame you. I’m tall, scruffy, and even without the mushrooms I probably look a little uhhh… Mansonesque. High and frustrated as I was, it’s a wonder anyone looked at me and said “Yeah, that guy can get in my car.” If you’re the couple from Idaho who drove me to Glacier Cyclery for a replacement seatpost clamp, I can’t thank you enough and I can’t tell you how weird that ride was for me. It’s nice to get your disasters out on day one. Whatever came after felt easy by contrast. Rain? A few mosquitos? The hardest, longest climb of our lives? Could always be worse. Largely, we blissfully traversed 150 miles of trail, dodging butterflies and shouting “MONTAN” at each stunning view (there were many). We ate the famous huckleberry bear claw at Polebridge Mercantile. We derived a certain satisfaction from throwing ourselves into Lake McDonald in front of onlookers who’d clearly determined it was too cold. They just didn’t need a bath as badly as we did. 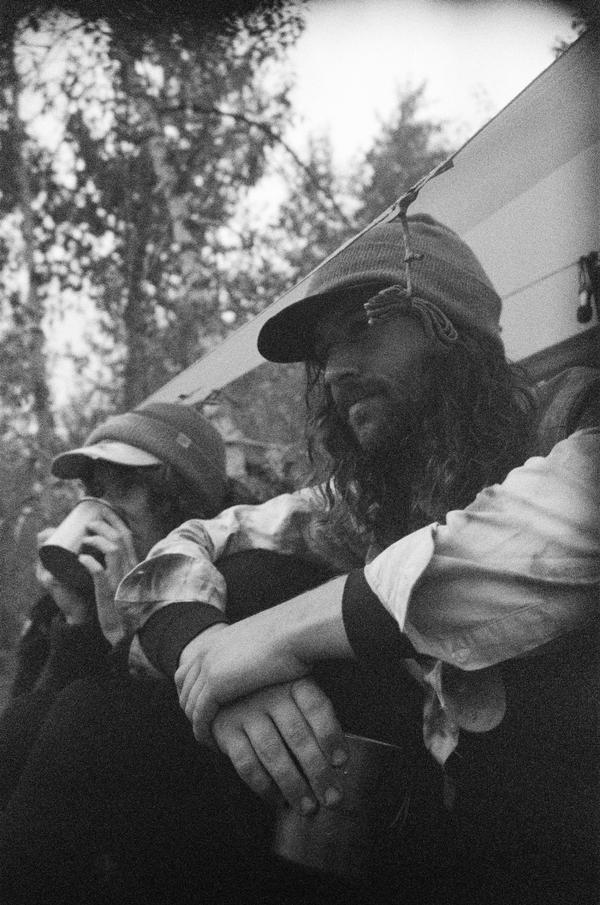 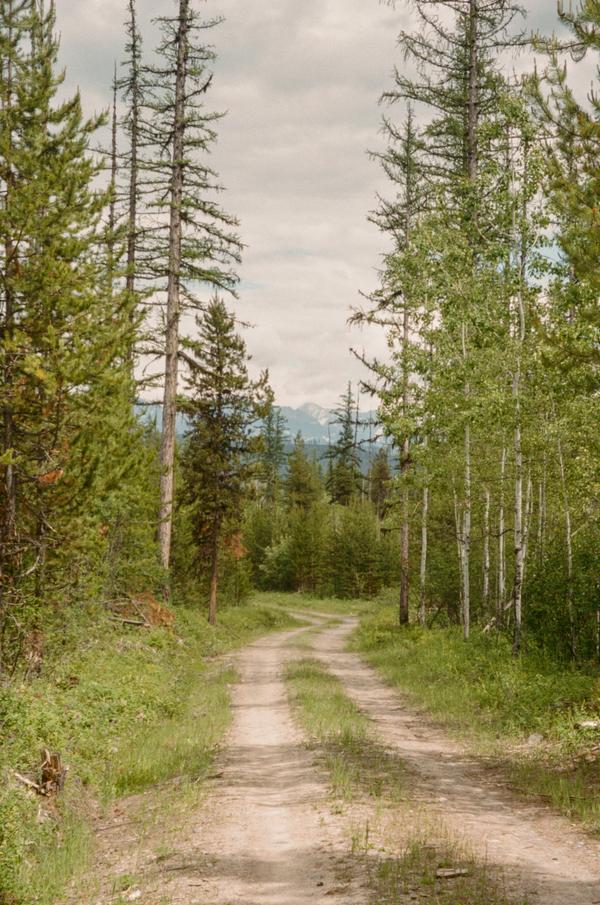 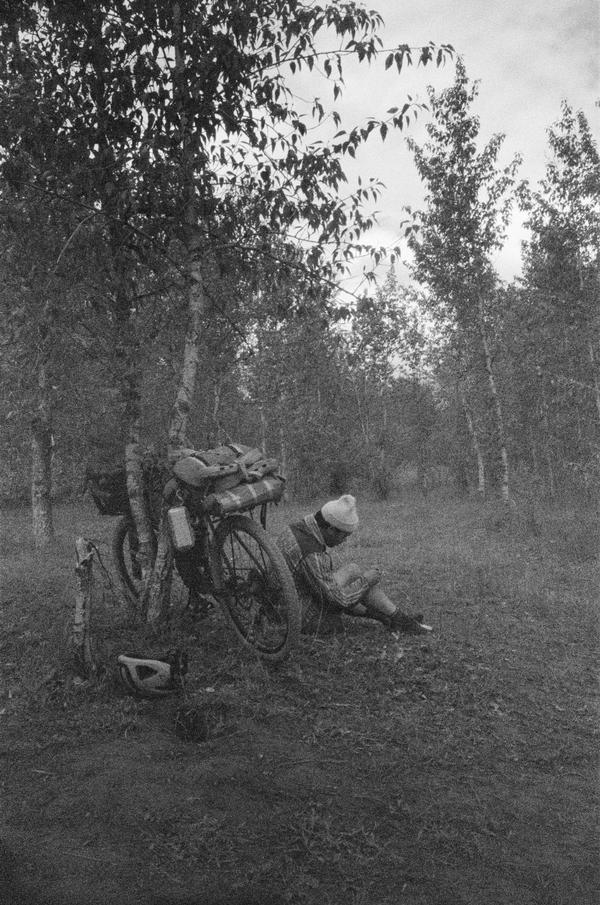 My favorite effect of an escape like this is that it lends novelty to the inane. After four days’ ride on dusty gravel and bumpy trails, the freshly paved road to Apgar was like eating cake. After dehydrated beans in a bag, the deeply mediocre sandwich at Eddie’s was a banquet. Toilets? Showers? Even people take on some kind of charming sheen. If you’re the lanky redheaded twins we met in Polebridge, gawking with your mother at our dusty bikes and huckleberry smeared faces, I hope you enjoyed our brief conversation as much as I did. Just as the atavistic lifestyle of the trail fades into drudgery after so many days – the charm of warm beds and cold beer quickly wanes. Until the next tour, it’s simply wake, work, eat, sleep, repeat.