Bike Fiend Moab: Where the Locals get Their Fix! With most shops in Moab concentrate on mountain bike rentals and mountain bike tourism these days, it was super refreshing to walk into a shop and feel the comforts of a local bike shop. Don’t get me wrong, Bike Fiend will also rent you a bike too, a matter of fact they’ll rent you: a hardtail, dual-suspension, road bike, townie, or even a bikepacking bike with a full bag setup and even provide maps and routes! That said, nothing screams this, there aren’t loads of the same bikes all piled up, there are real-life bike accessories for sale like locks and lights, not just the things everyone forgets to pack when going on bike vacation, such as gloves, shoes, helmets – they have these too. They even are sitting on a pretty sweet vintage derailleur collection and some pretty rare vintage road goodies. There’s also a few museum bikes and accessories hanging all over the shop, just waiting to be discovered. 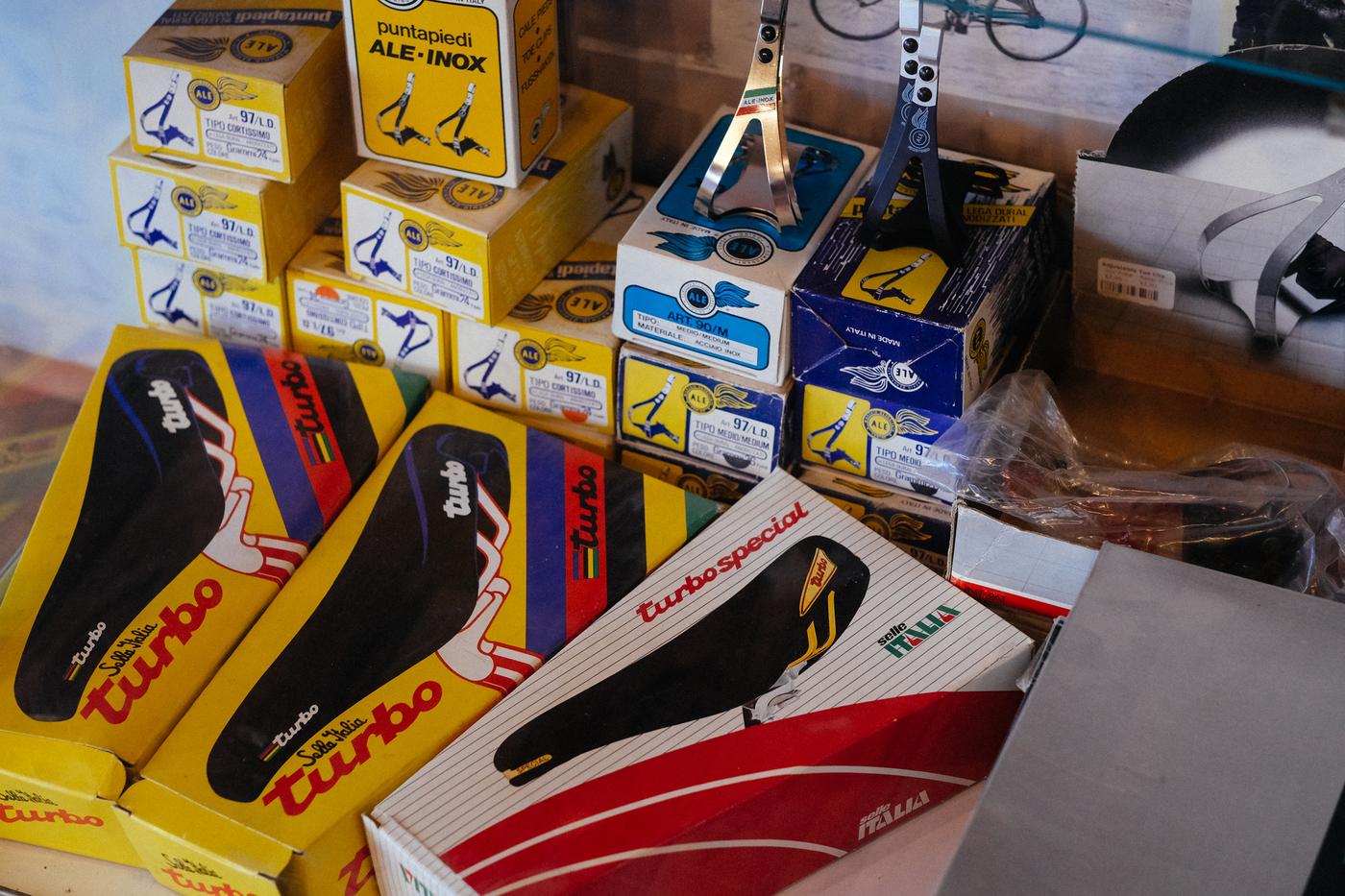 As bike shops become more sterile, it’s a real joy to walk into a store where you are constantly finding more and more things to look at, where the signs are all beautifully hand-drawn, where the employees are excited to see you, and there are just people hanging out because that’s what you do when you’re not riding. I spent hours in Bike Fiend trying to see and document it all, but that just isn’t possible, you could spend a lifetime in that store and keep discovering things. At one point I wanted to get on the roof to photograph their sign and when I went to the back of the building to climb up, I discovered the old Moab Classic Bike sign and that Bike Fiend was still operating a bicycle co-op in the back of the shop! It was beautiful with heaps of bike and parts blanketed by one of those beautiful Southern Utah sunsets. I was in aw. It’s not easy running a bike shop, let alone a bicycle co-op, coffee shop, and a bicycle frame builder all in one. I’m looking forward to making it back out there this winter, but until then I’m just going to scour this photo gallery to see if there is anything in these photos I didn’t discover while I was actually there!

Stay tuned this week for a very special Blaze Bicycle and a Blaze shop visit!