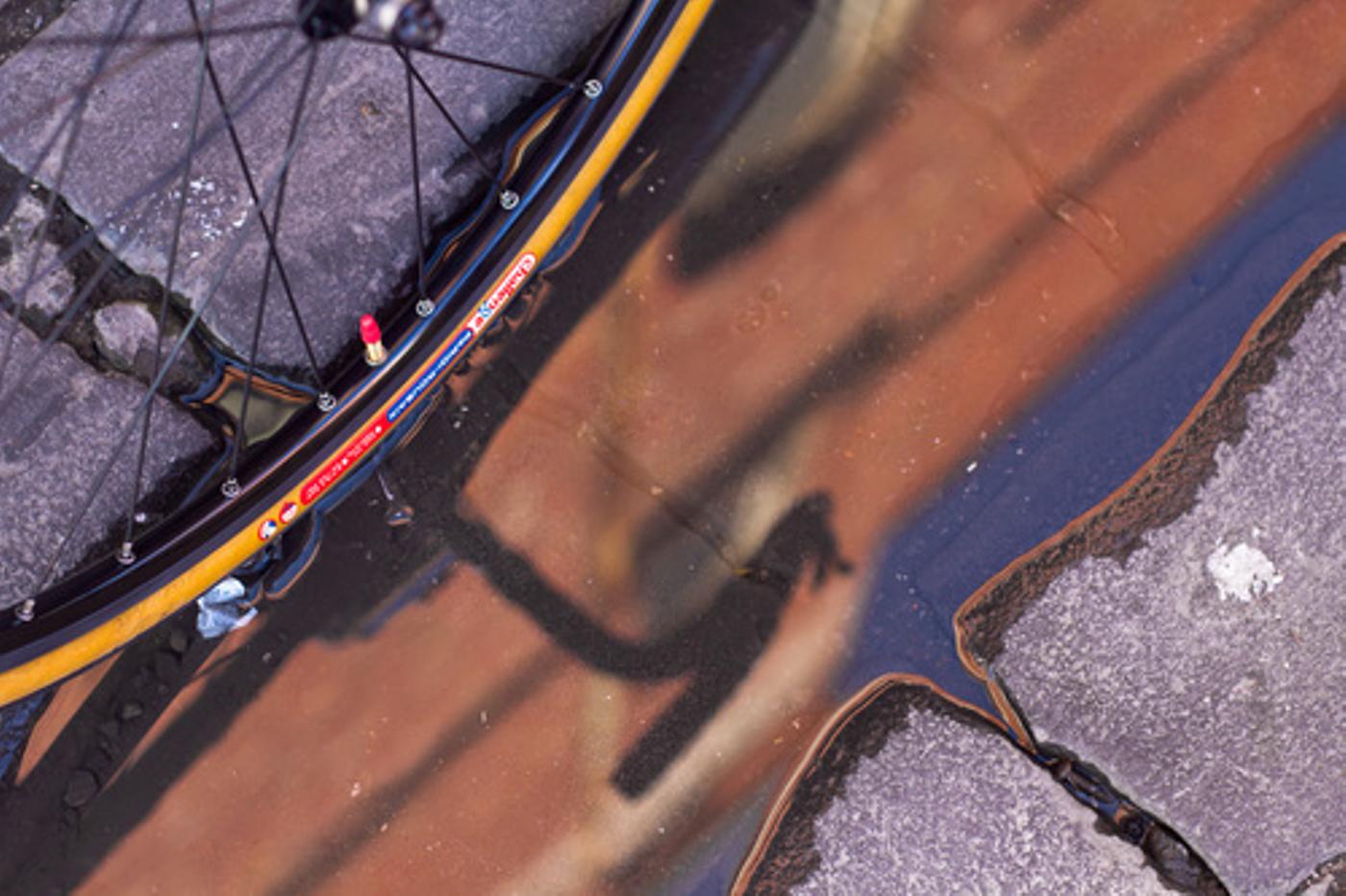 When I first got to Melbourne, I was amazed at how many frame builders there were in town. Many of which still build and paint their bikes locally. One shop that still has a house brand is Cecil Walker. I met Tim, the manager of their Fitzroy shop and offered to shoot photos of his Columbus SL Cecil Walker road bike. 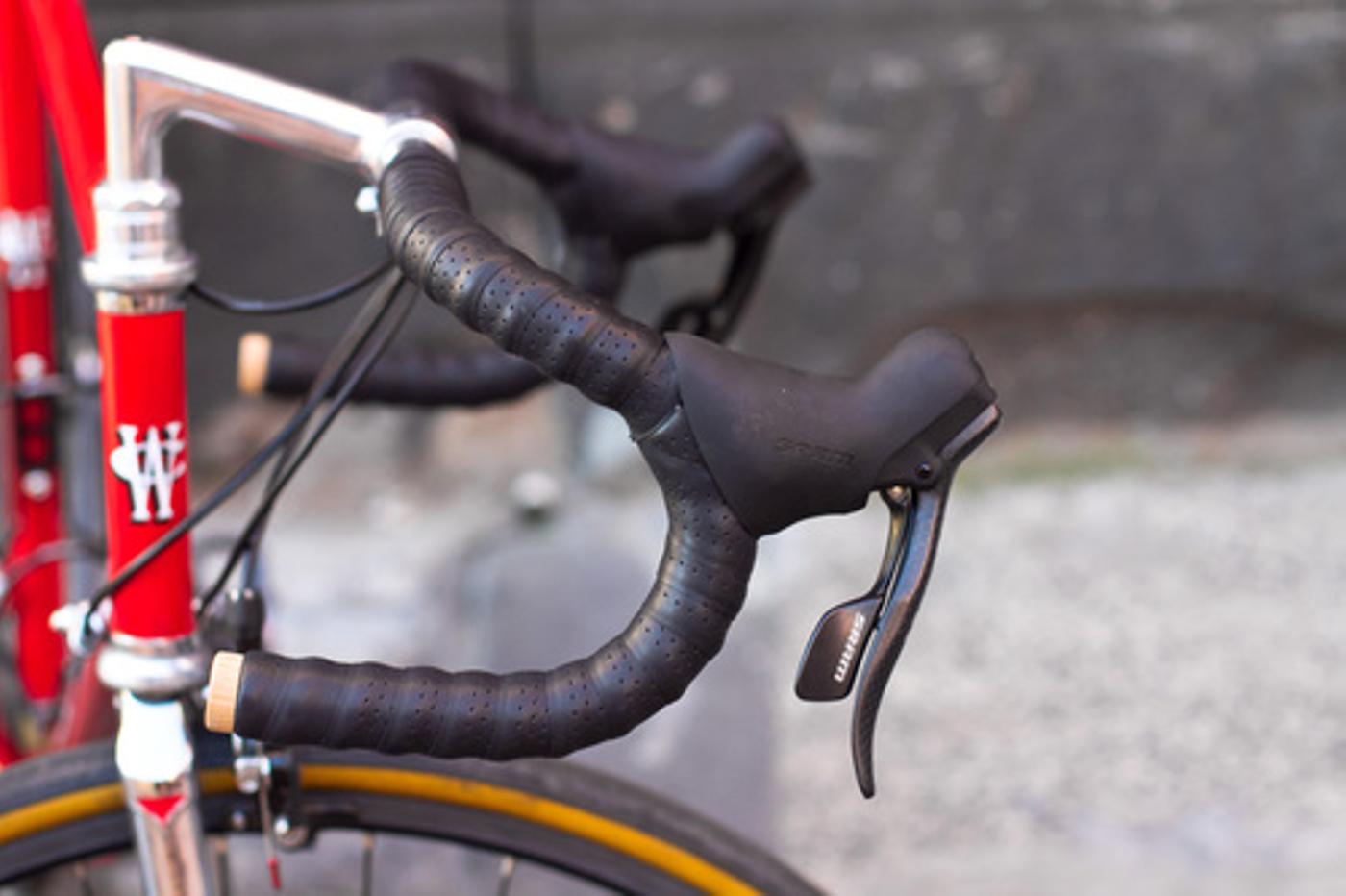 Tim found this 1980’s frame years ago at Cecil Walker’s shop and just recently built it up with a mixture of SRAM parts. 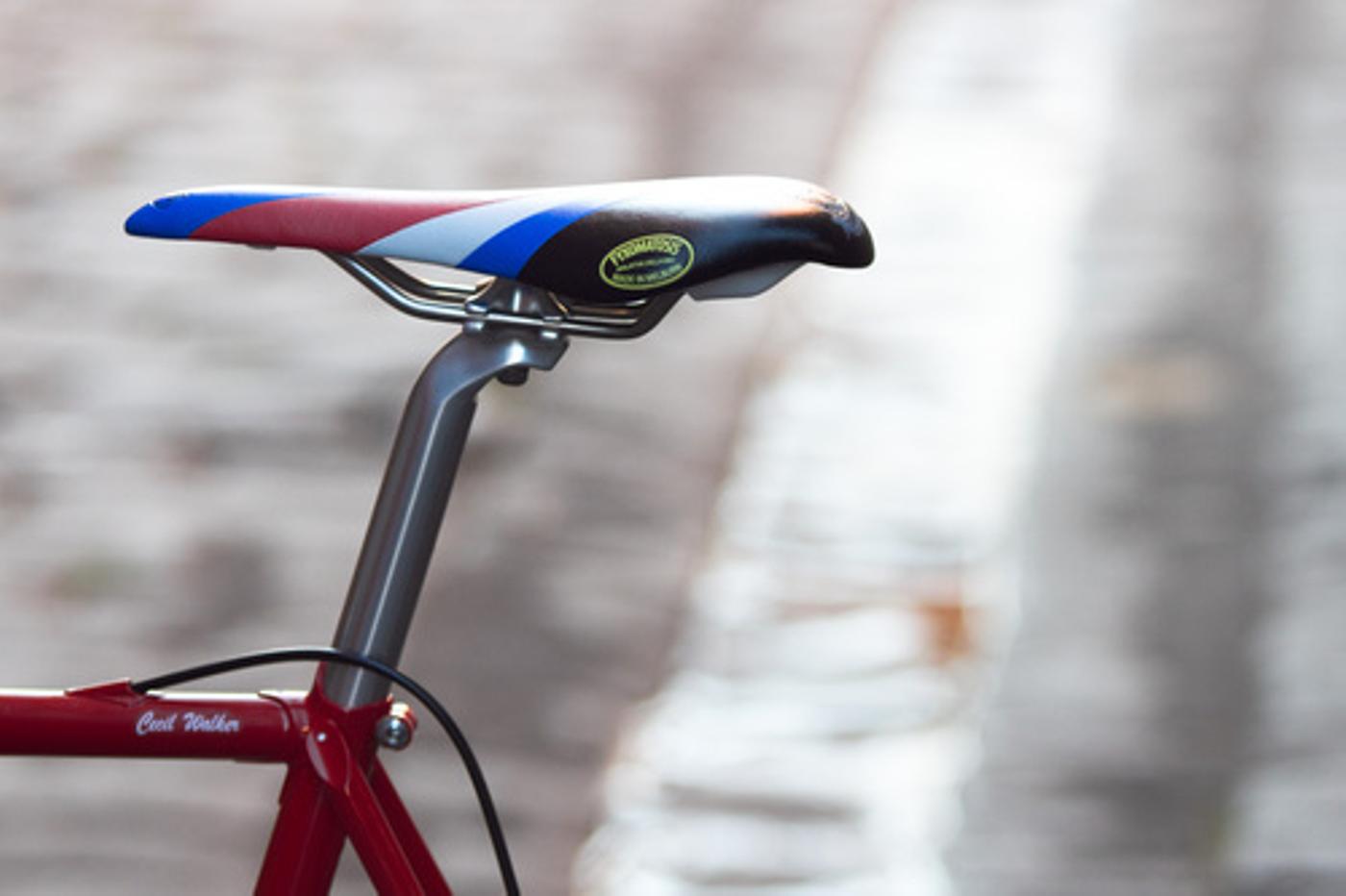 This is the bike he’ll be riding the 2011 Melburn Roobaix with. Check out that signature FYXO x Thrones saddle. 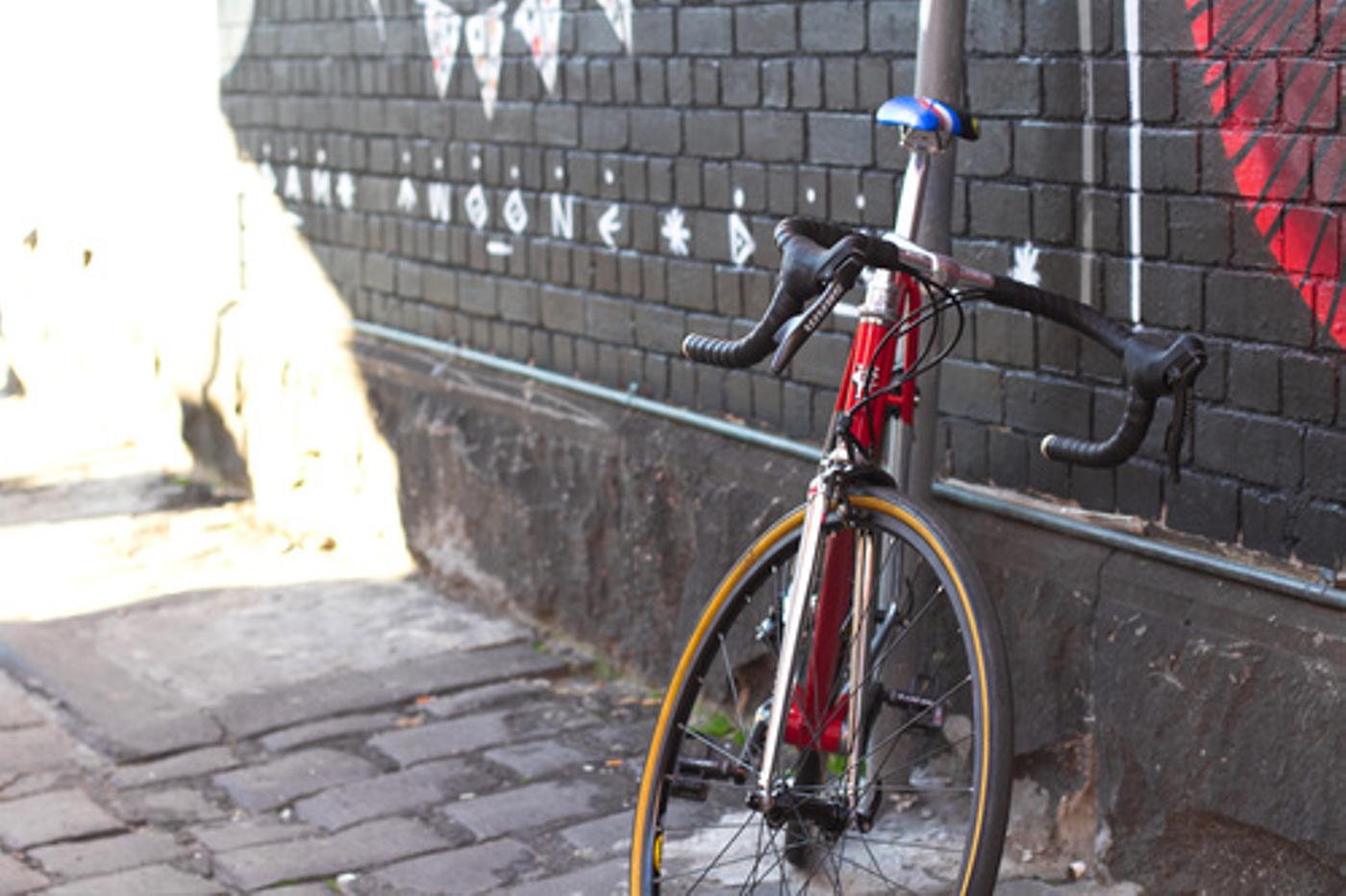 It’s a classy bike. The chrome lugwork is accented by the all-black group. When Tim showed it to me, I initially thought it was a Supercorsa, it’s that Italian! 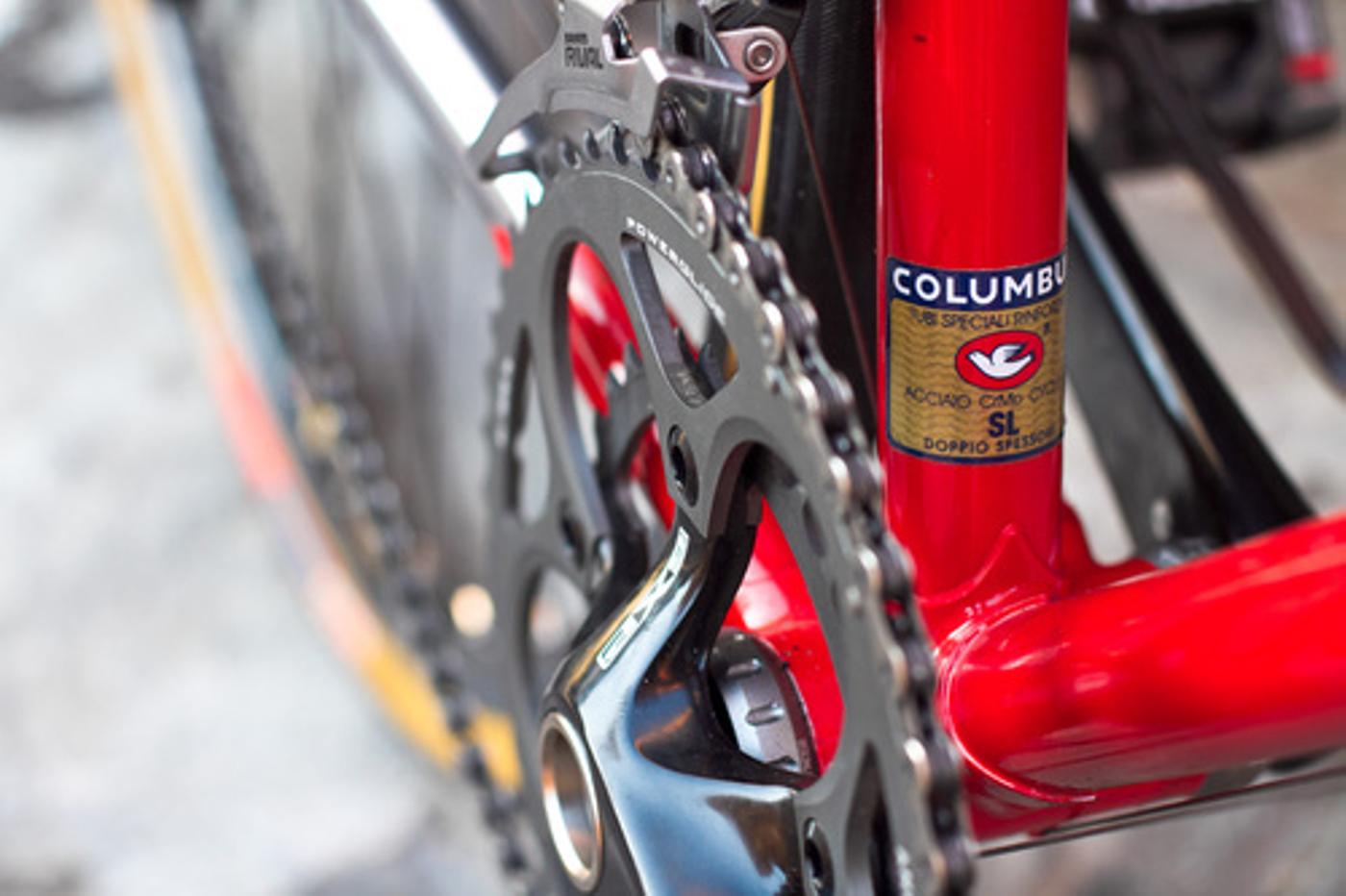 Not to mention it’s made from Columbus SL. 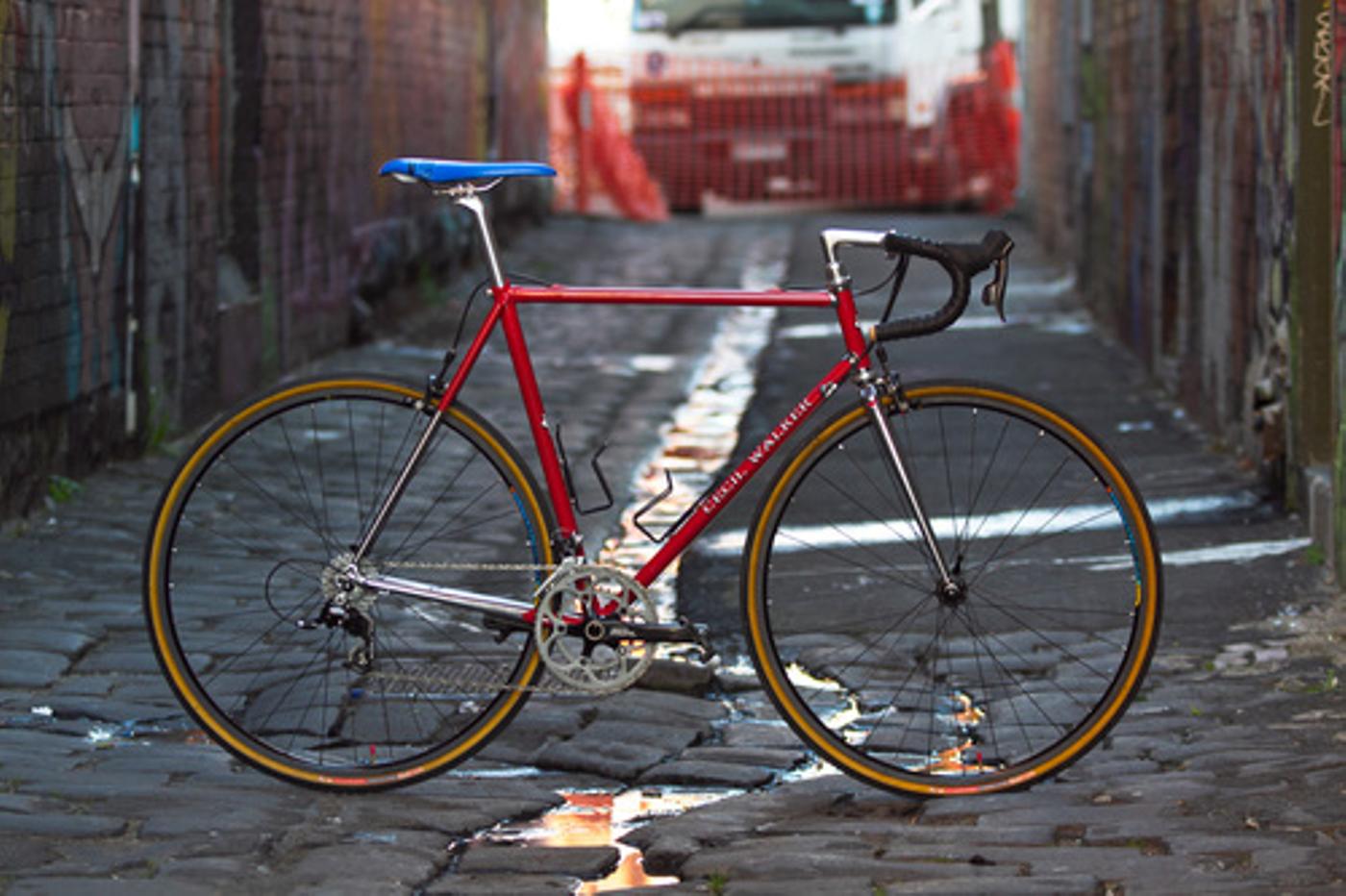 Here’s the full bike. I love shooting bikes in alleyways and the alleys of Melbourne have a gutter that runs through the center. At the end of the day, the water reflects the sky and it looks like chrome. This shot captured that the best and you can check out more at my Flickr. Many thanks to Tim for the hospitality!