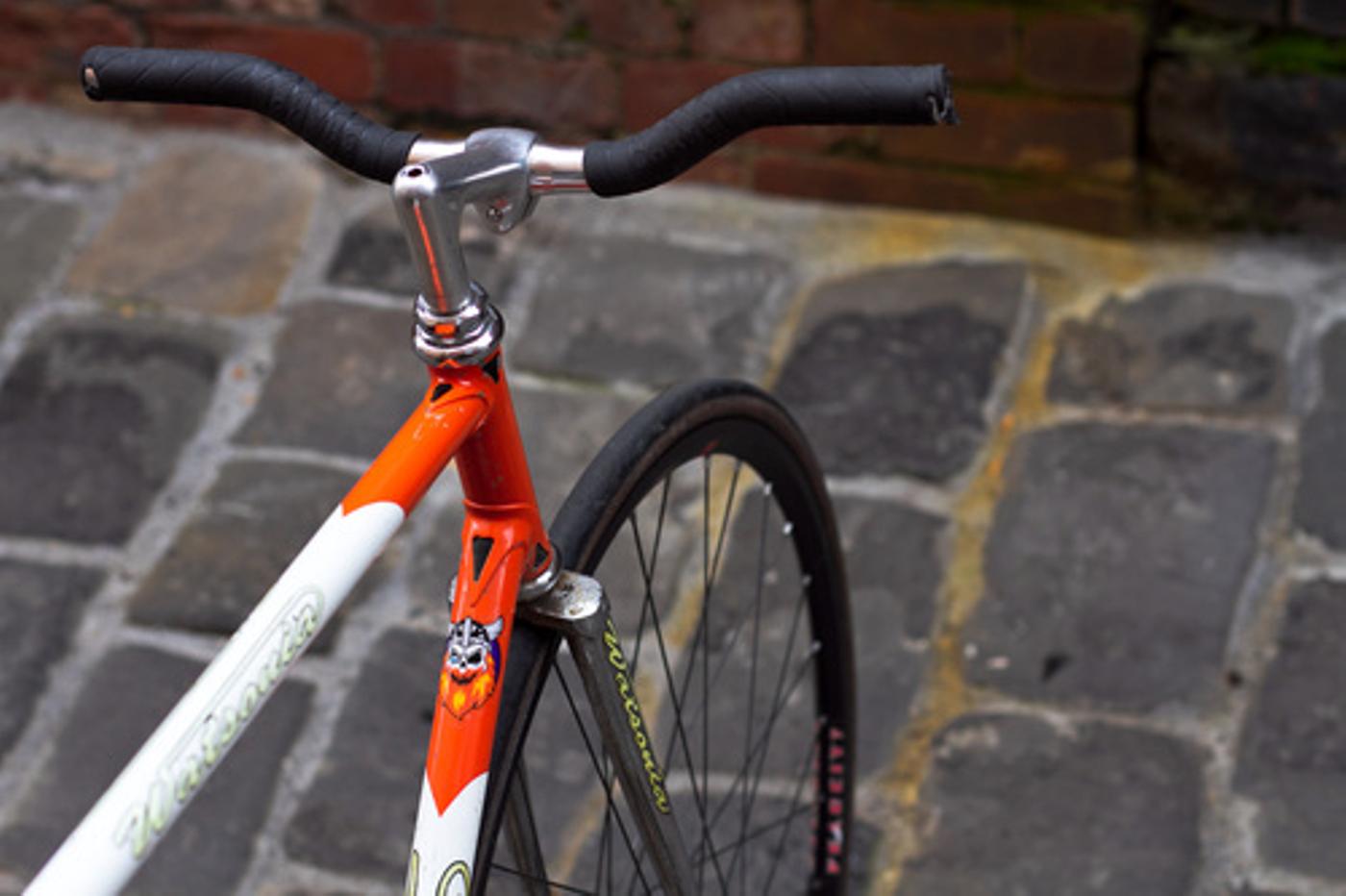 On Thursday, I met up with Joe, an architecture student studying here in Melbourne. I’ve featured Joe’s Nagasawa in a Reader’s Ride entry a few weeks back and when I randomly bumped into him at the beginning of last week, I knew I had to shoot photos of his Watsonia track bike. For one, Watson is my last name and it’s the colorway of the OG viking logo!

Check out more photos of Joe’s Watsonia track below! Someone made a comment in one of my Flickr photos of Ben’s Mazza track, asking if a cargo plane of early 90’s Campy parts crashed out side of Melbourne. The answer is yes. That’s why all these guys have beautiful beaters. Once they came upon the bounty of NOS Campy, their normal track bikes became lock-ups.

There were also Rolls saddles in that plane… The drop-stem and riser combo never gets old! 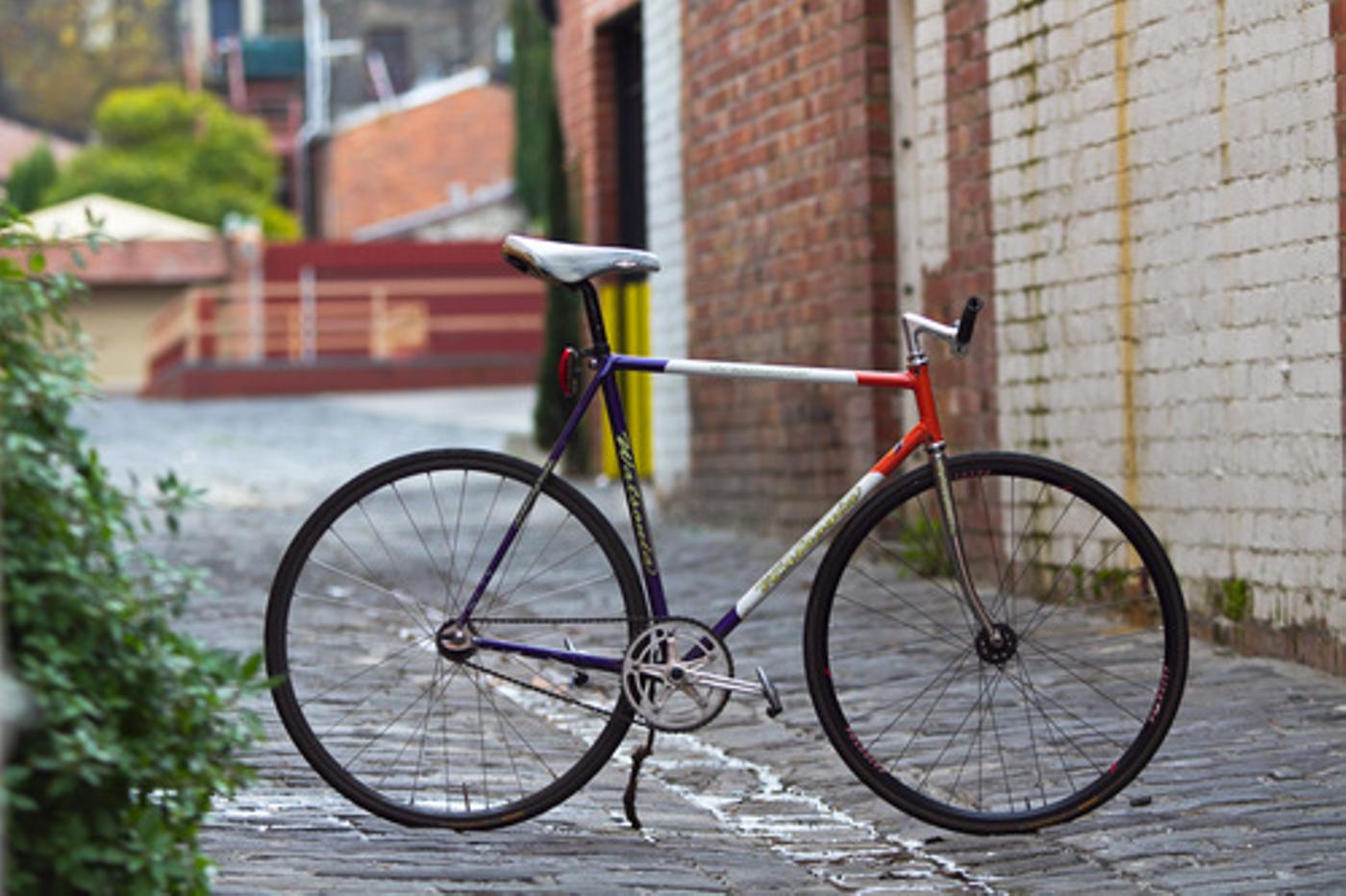 Yes, I got lazy photo-shopping the sticks out of these last two bikes. It’s a pain using the clone stamp tool on my laptop! And it doesn’t take away from this Beautiful Bicycle at all! Check out more at my Flickr and thanks to Joe for submitting his Nagasawa to me in an email and letting me shoot this bike!