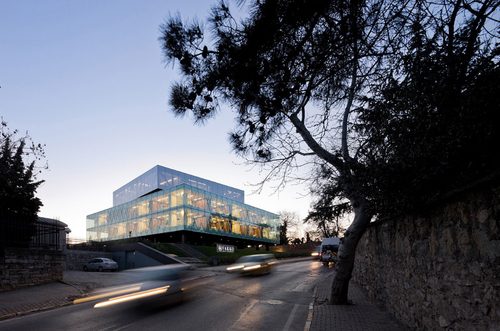 World-wide economic slumps turn into abandoned projects and sometimes those abandoned projects become the framework for a new program. That’s the case with the recently-completed Vakko Fashion Center & Power Media Center in Istanbul. The project was designed by REX, a local office that grew as an off-shoot from OMA a few years ago. (The name of the firm was quite controversial when it was first announced, translated from Latin meaning “King”). As part of Archinect‘s ongoing ShowCase series, they’ve got an exclusive look into the recently-completed project, filled with kaleidoscope-esque interiors, structural diagrams, partiis and other examples of REX’s true architectural prowess.

Make sure you head over and check it out. It’s really quite amazing!