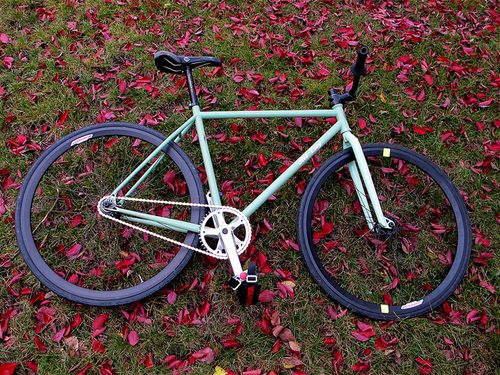 Here’s an all-points-bulletin! Jesse Hillard’s Dropout was stolen from the Mall of America in Bloomington today. Not very American of the thief to steal someone’s bike a few days after Christmas!

Build list below and more details at Bike Jerks. Everyone keep on the watch for this bike!