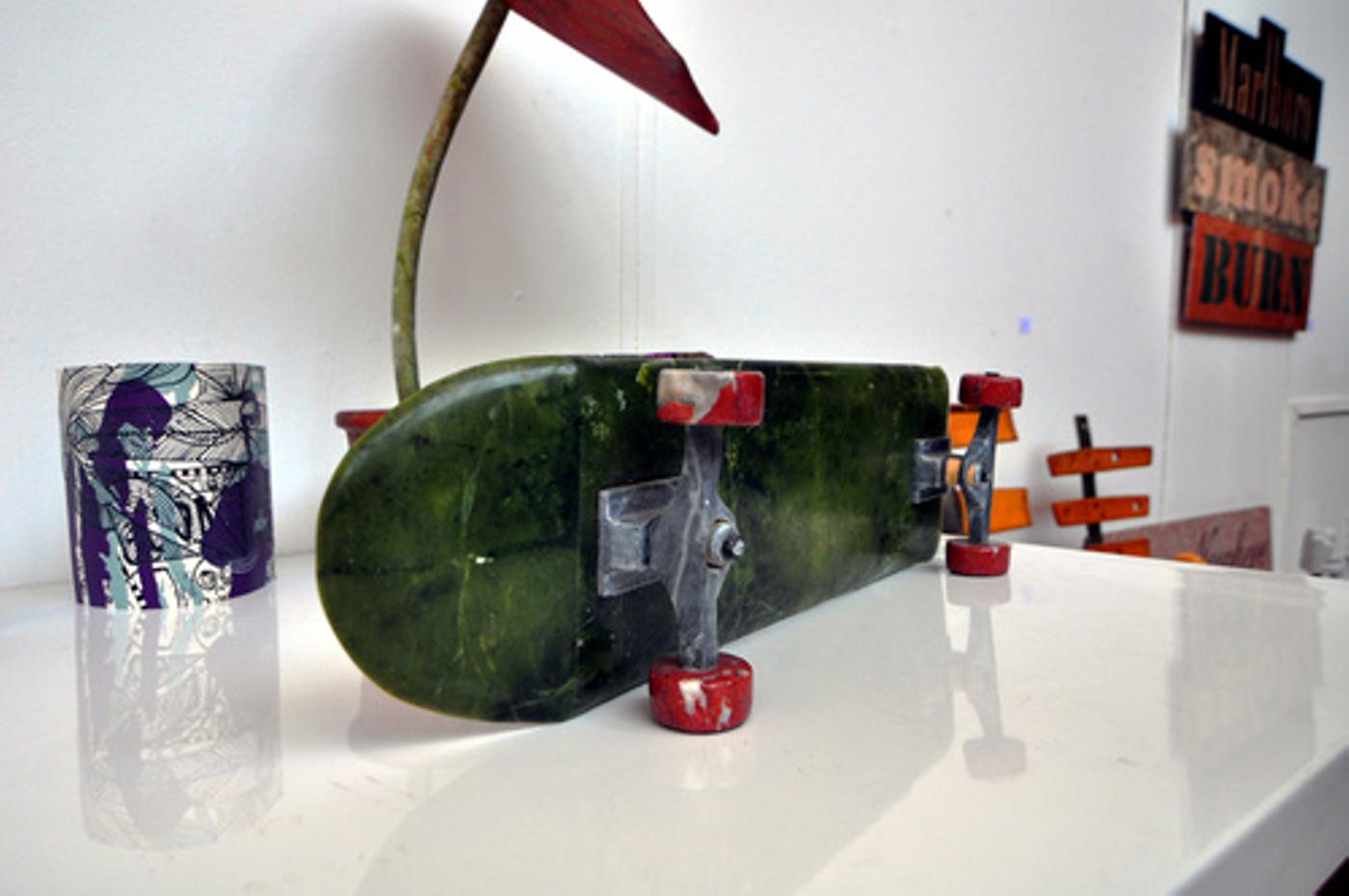 From time to time, I get emails from readers who are willing to shoot photos for me. When Alexei Popov offered to document the workshop of Legor Cicli, I took him up on it. Alexei was heading to Brescia, Italy to get fit for a bike. When he showed up, a local TV station was interviewing Mattia. 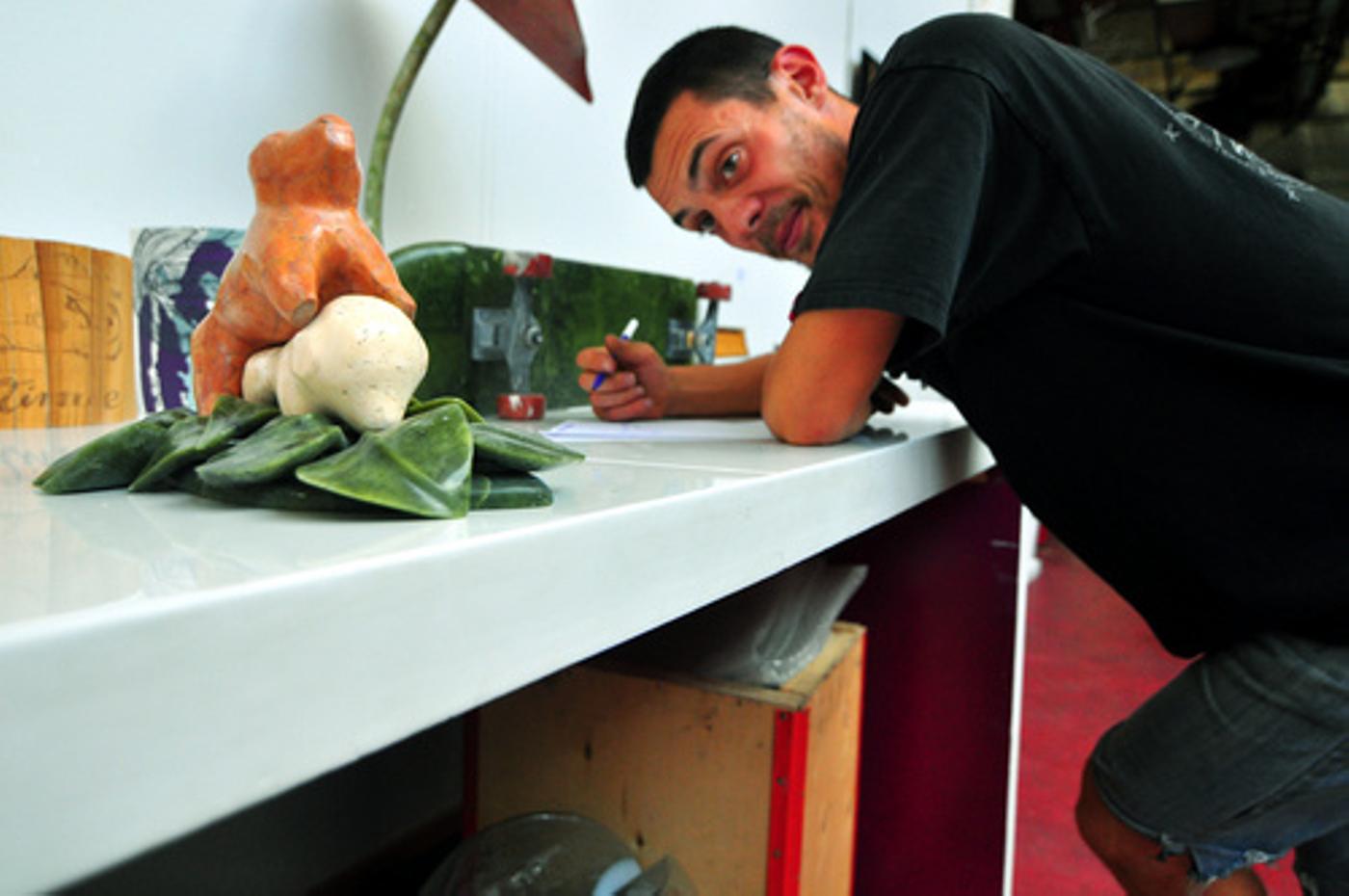 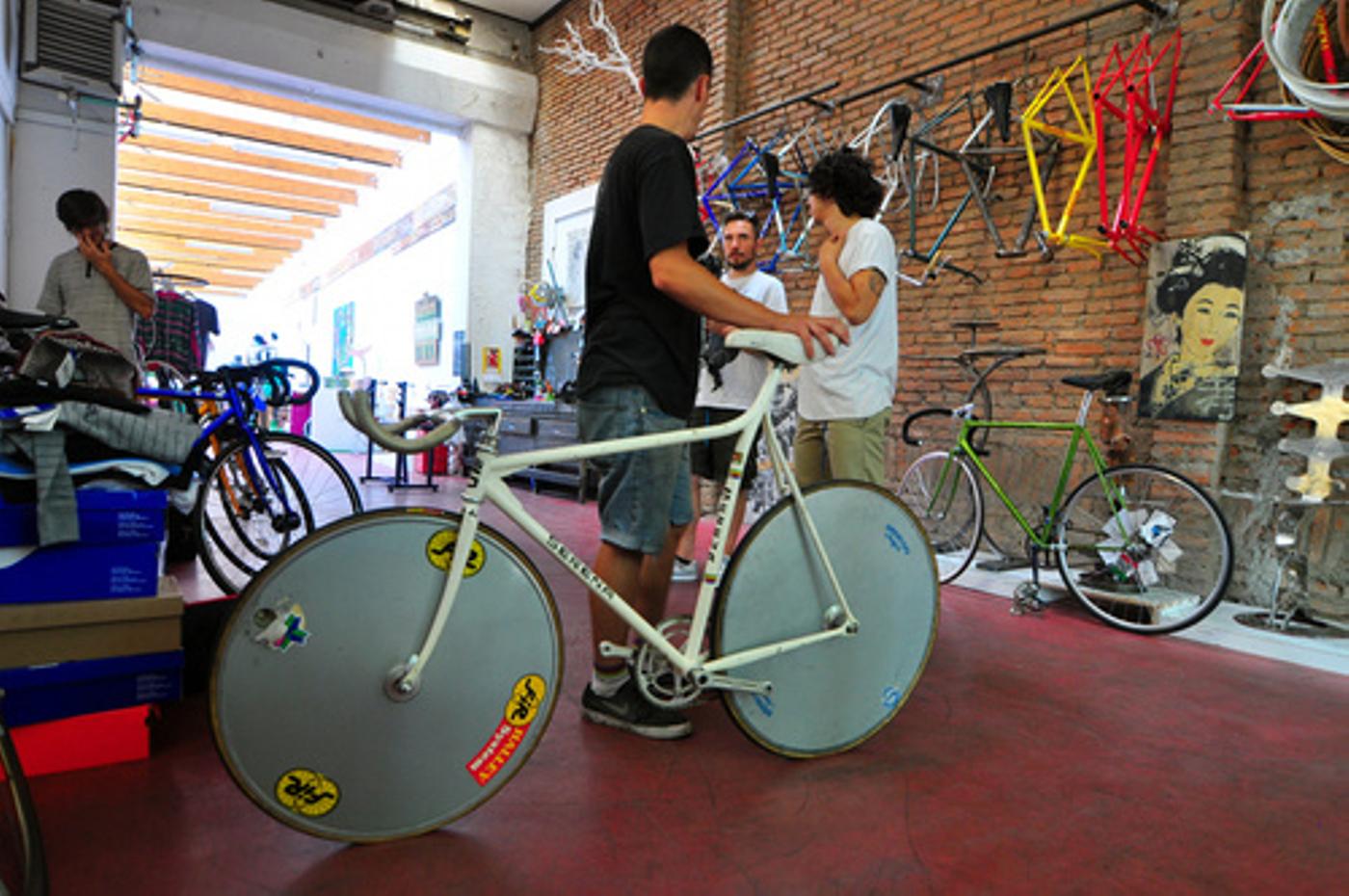 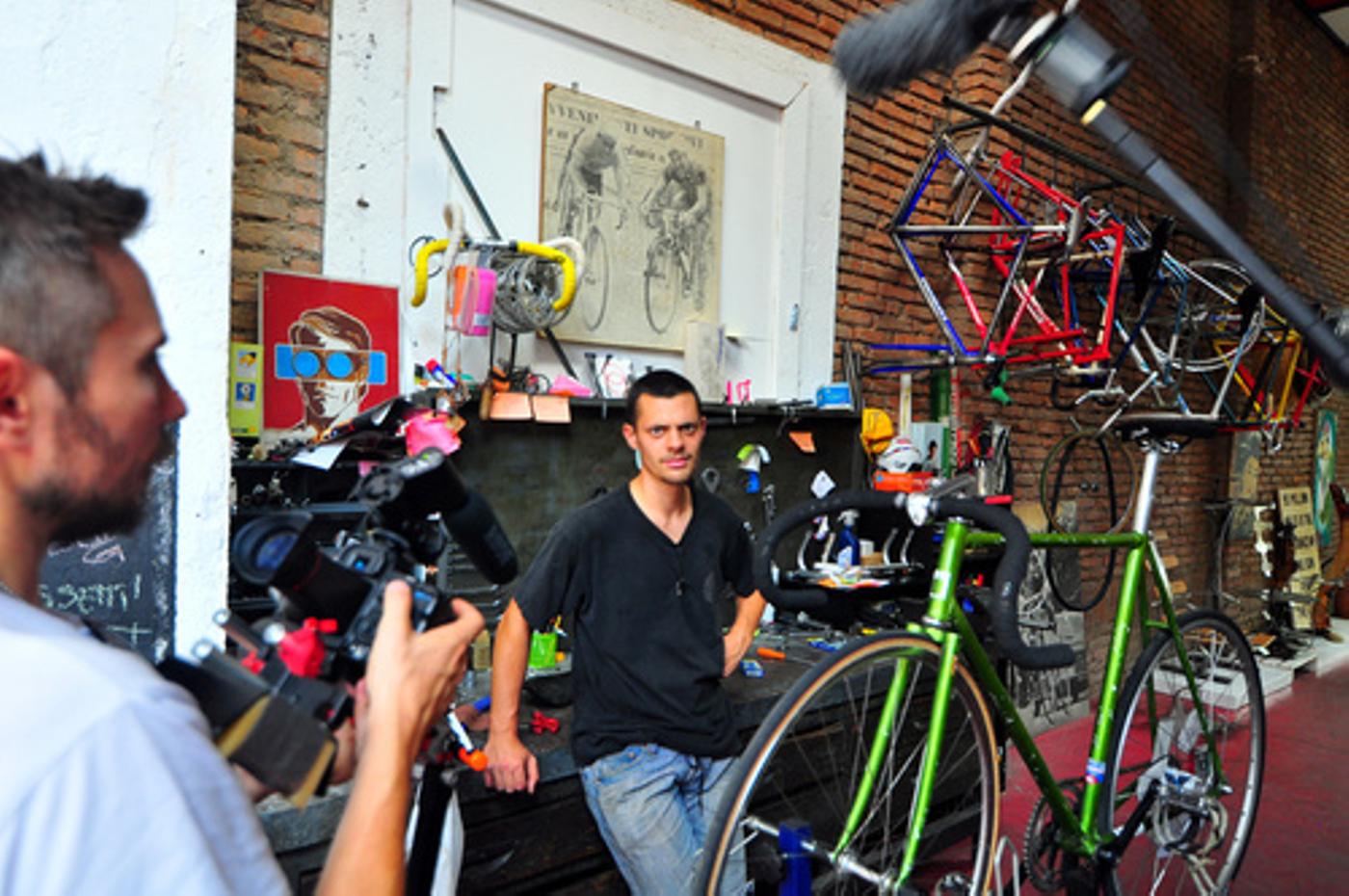 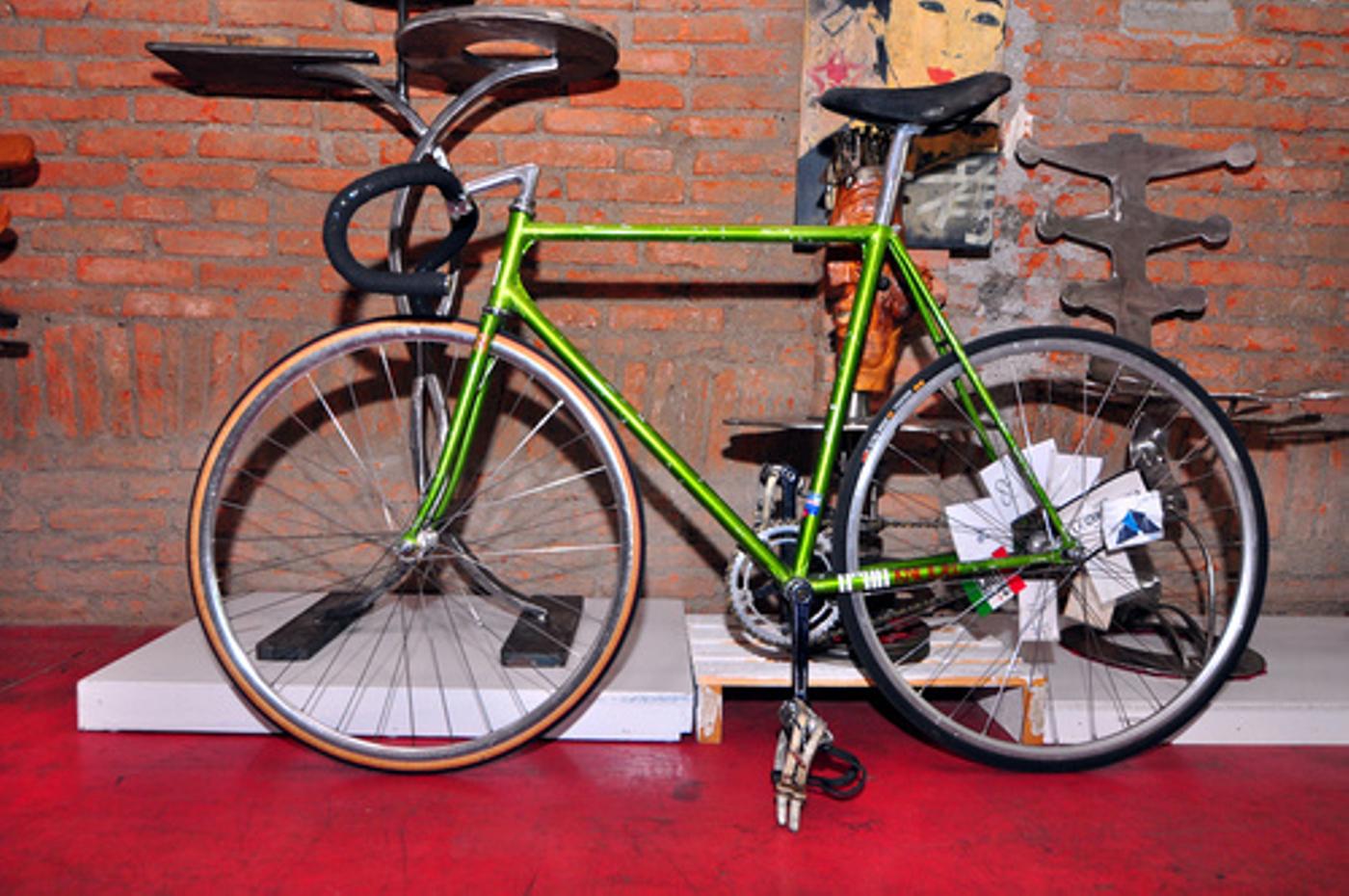 As you can see, Mattia does not actually build frames at this location. He has two spaces, one of which is where he takes orders and builds up the bike frames and another is where he actually constructs the frames. The second space is about 25km away. Alexei is going to document that space when he returns for his bike. I want to thank Alexei and Mattia for the photos!

In the meantime, check out some of my previous entries on Legor.