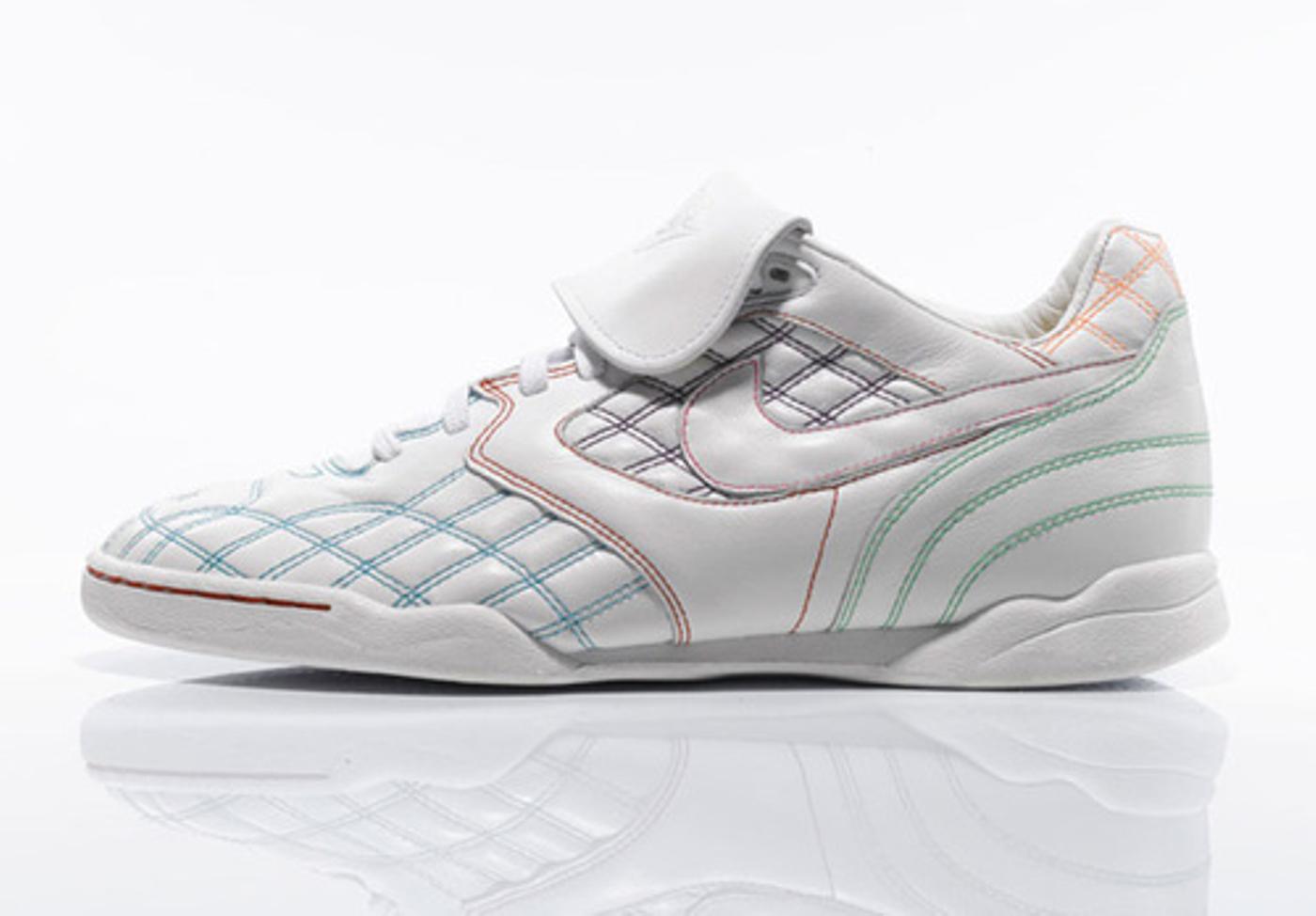 These are nice. I don’t normally like white shoes; too mod for me, but the colored stitching adds a lot of character and they’ll dirty up nicely with road grime and mud. Nike‘s Air Zoom Tiempo is a re-issued indoor soccer shoe marketed towards urban cyclists. Artoo is a graphic designer, cyclist and co-blogger at Hypebeast.

Here he describes his design intent:

“About a year ago from this point, maybe even in the same cirumstancial weather, a friend from NYC called me and asked if i was down to do a colorway of a NSW shoe in collaboration with livestrong. While i was about to pack up and ride home from the office i sat here longer since the voice on that other end of the phone said there is a kind of rush, which translated into please send it back tonight your time. So i sat here and wondered what hadn’t been done to a shoe and came up with: nothing, since everything had been done already to footwear. Well i sat there and looked outside the window and the cyclists left their tracks in the snow. So i came up with the idea to do something to the stitching, to leave different marks on the shoe as if different riders had left their tracks on it. So here it is. love it or hate it, it’s done. The Artoo.”