Heritage is not something that can be bought, or self-prescribed. It’s grown and nurtured over time. Heritage is not a by-product of the self aware, or the overly ambitious. It can’t be self-stated either. Not unless your company began in 1946 and the whole time, has had a presence both locally and internationally in this world we so often call the cycling industry.

De Marchi apparel was started by Emilio De Marchi shortly after WWII. It began as a motorcycle and cycling store in an era where there were no cycling-specific jerseys. If you cycled, you wore the same jersey that you played futball in, or wore while you rode your motorcycle.

It wasn’t until the late 1980’s that De Marchi stepped away from motorcycle apparel to focus solely on cycling. This was after multiple cycling brands had offered to buy De Marchi for a hefty profit, yet Emilio stuck to it. Again, heritage. 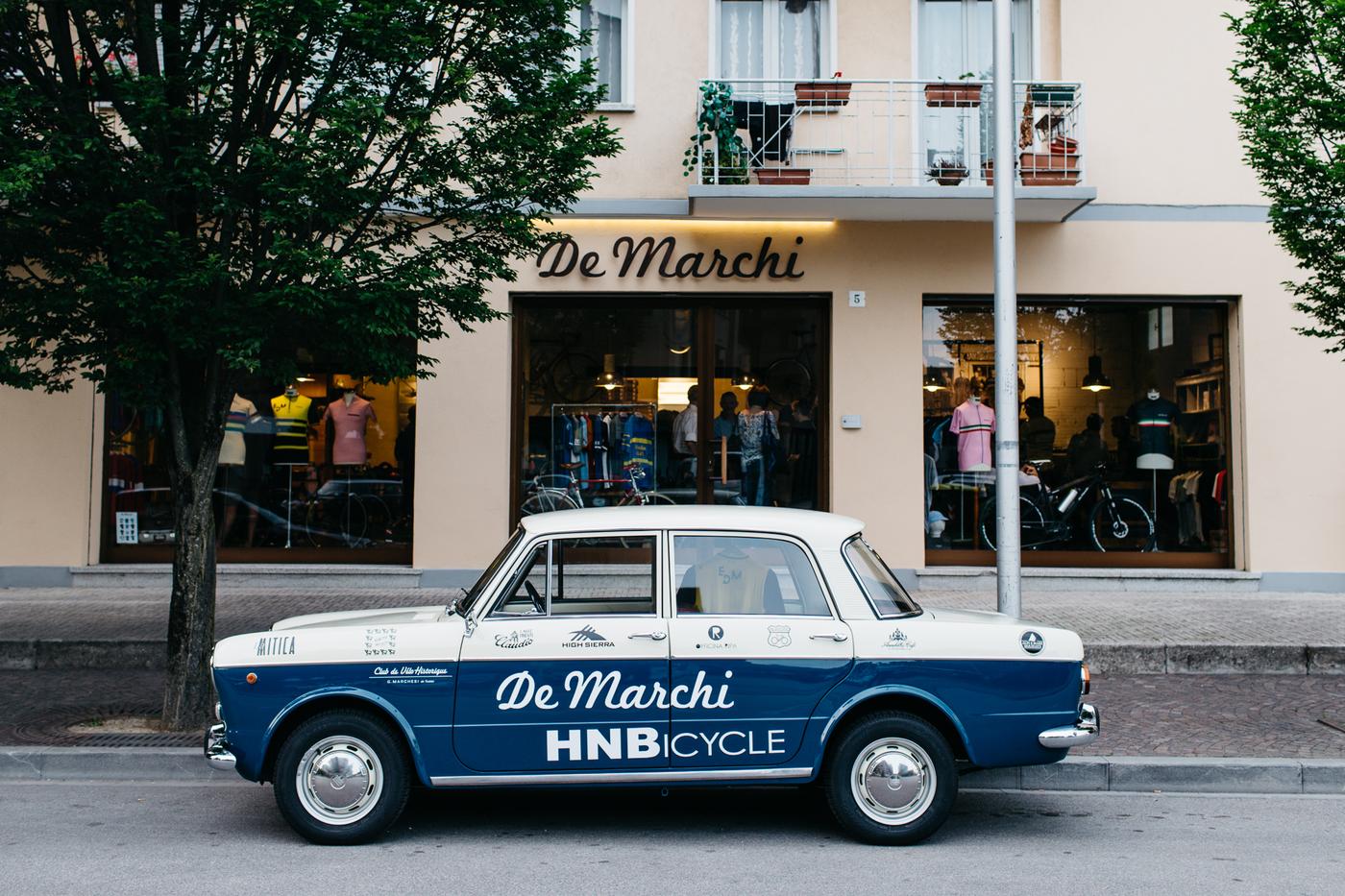 Back in 1951, the De Marchi storefront opened in Conegliano, Italy, just blocks away from the original factory. This storefront still stands today, and even though It’s gone through various iterations the brand’s presence remains. The factory is still in town as well. 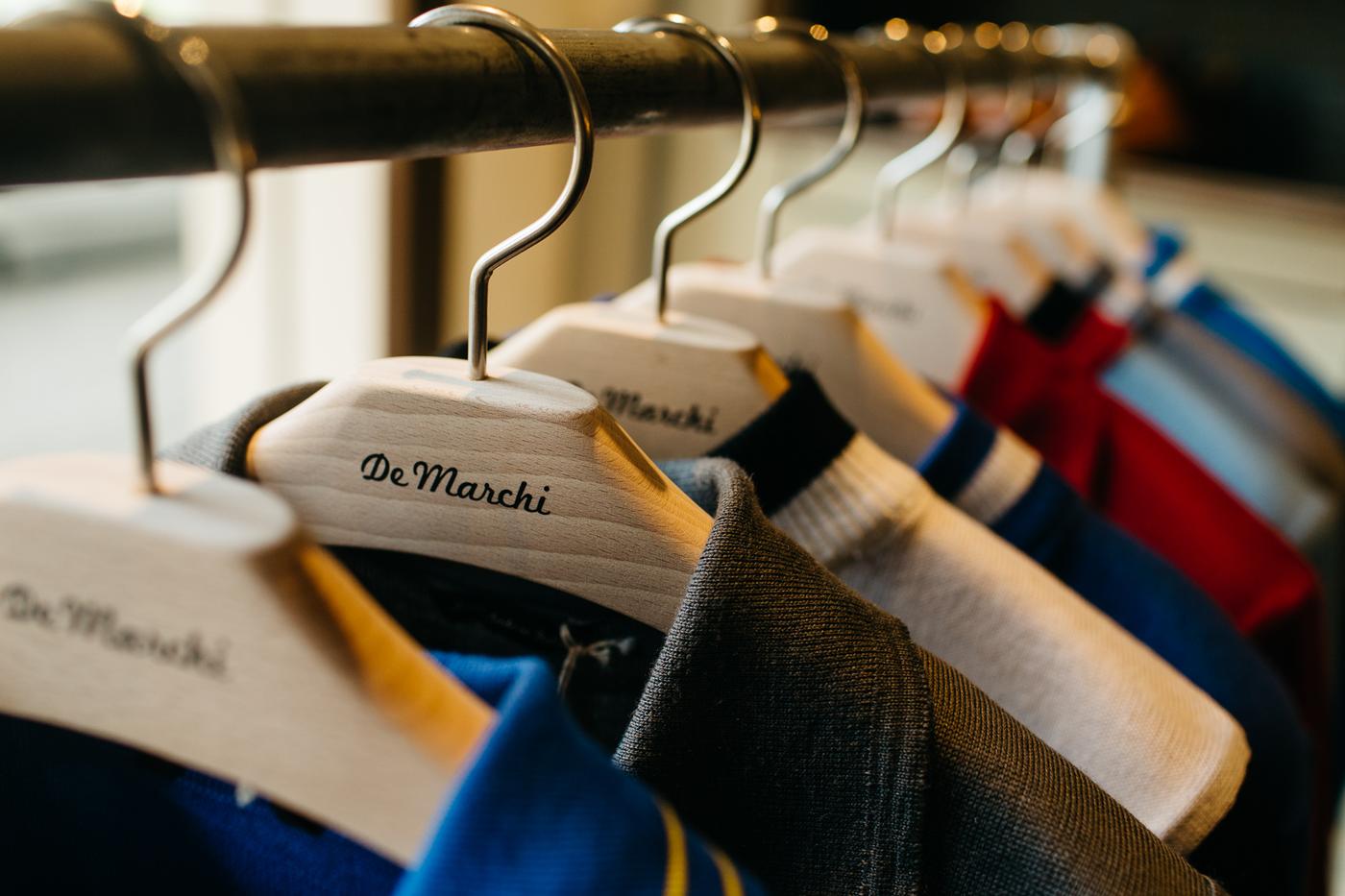 A lot has changed since then. The current company is owned and operated by the same family and while they’ve moved into also manufacturing modern cycling apparel, a majority of their sales – in Italy at least – are still made in the Heritage line.

This CdM jersey is from the 1953 world championships.

Two retro jerseys on either side of a modern, commemorative jersey celebrating the Emilio De Marchi ride.

As a brand, De Marchi appears to not want to grow, or expand. At least not at the rate in which most international cycling companies are attempting to. They’ve found that growth comes over time in piecemeal increments. For example: while their website will ship worldwide, at this time, there are no US distributors. In time…

Even as the Emilio De Marchi ride was announced this year (for the past six years it was called the Ottavio Bottechia ride, which was changed in 2015 due to legal complications with the Bottecchia family), there was no great push or publicity surrounding the event. It was intentionally kept small and intimate, only really catering to locals or Italians who felt the need to travel on a holiday weekend. Yet, this American “journalist” was invited, so clearly there’s something going on… 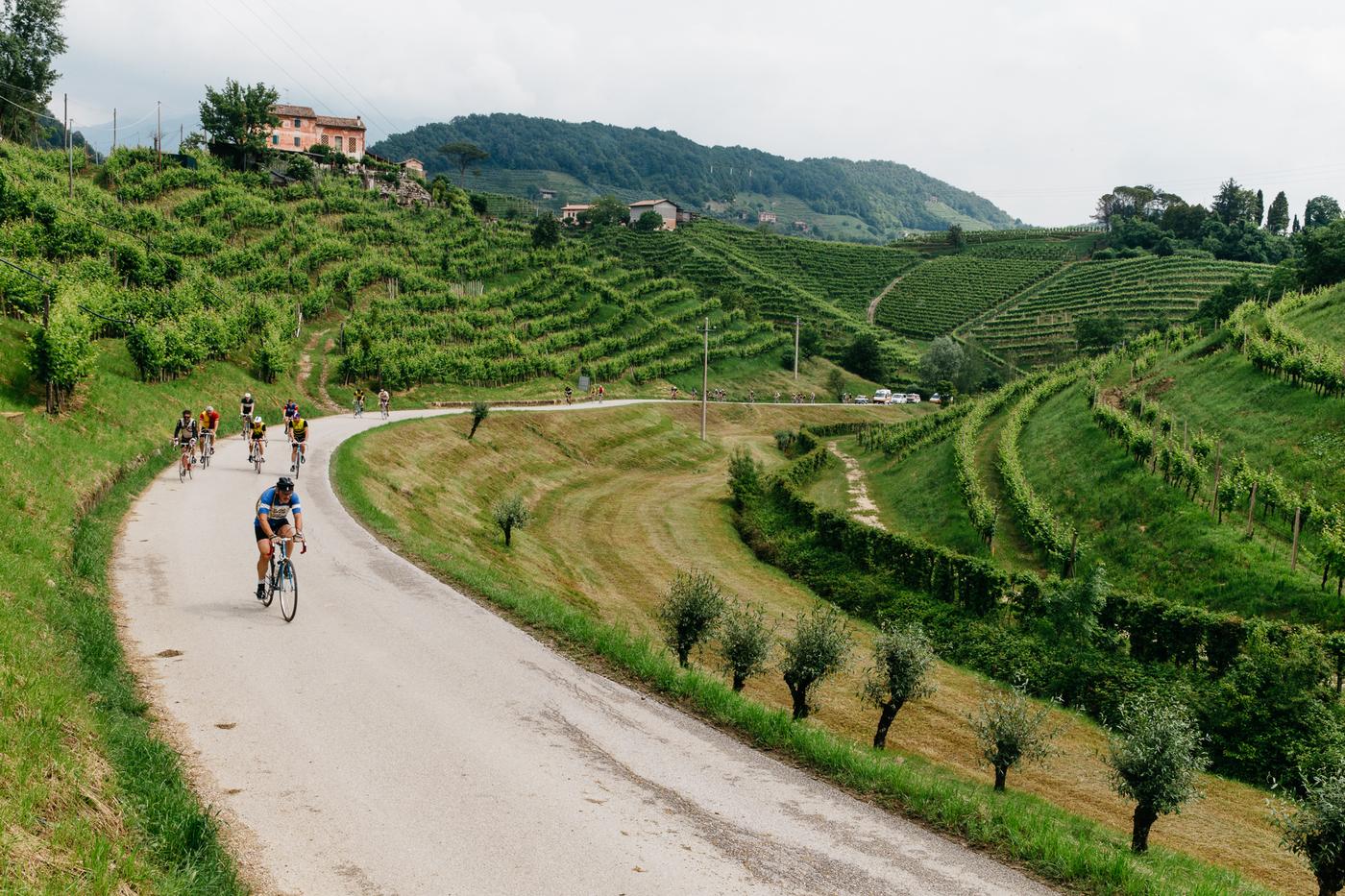 From a photographer’s perspective, it was an ideal event. A small crowd, male, female, young and old, rode through the countryside of prosecco fields with a police escort. Everyone stayed together and regrouped at various points, making it easy to both soak in the landscape and document it through digital shutter slaps.

One of the only times I drank water the entire day.

We rode around 100k, climbed almost 1,000m and consumed way more calories than were burned. We ate cured meats, bread, cheese, drank lots of prosecco and rarely broke a sweat.

In a lot of ways, this ride represents De Marchi’s heritage as much as it does their business model. Slow and steady growth, like the tortoise and the hare. The tortoise endures and the hare tires out.

What’s that saying? Something like “the flame that burns twice as bright, burns half as long”…

De Marchi is clearly one of cycling’s oldest flames. I’d like to thank the De Marchi brand for bringing me out to Conegliano and being such great hosts.