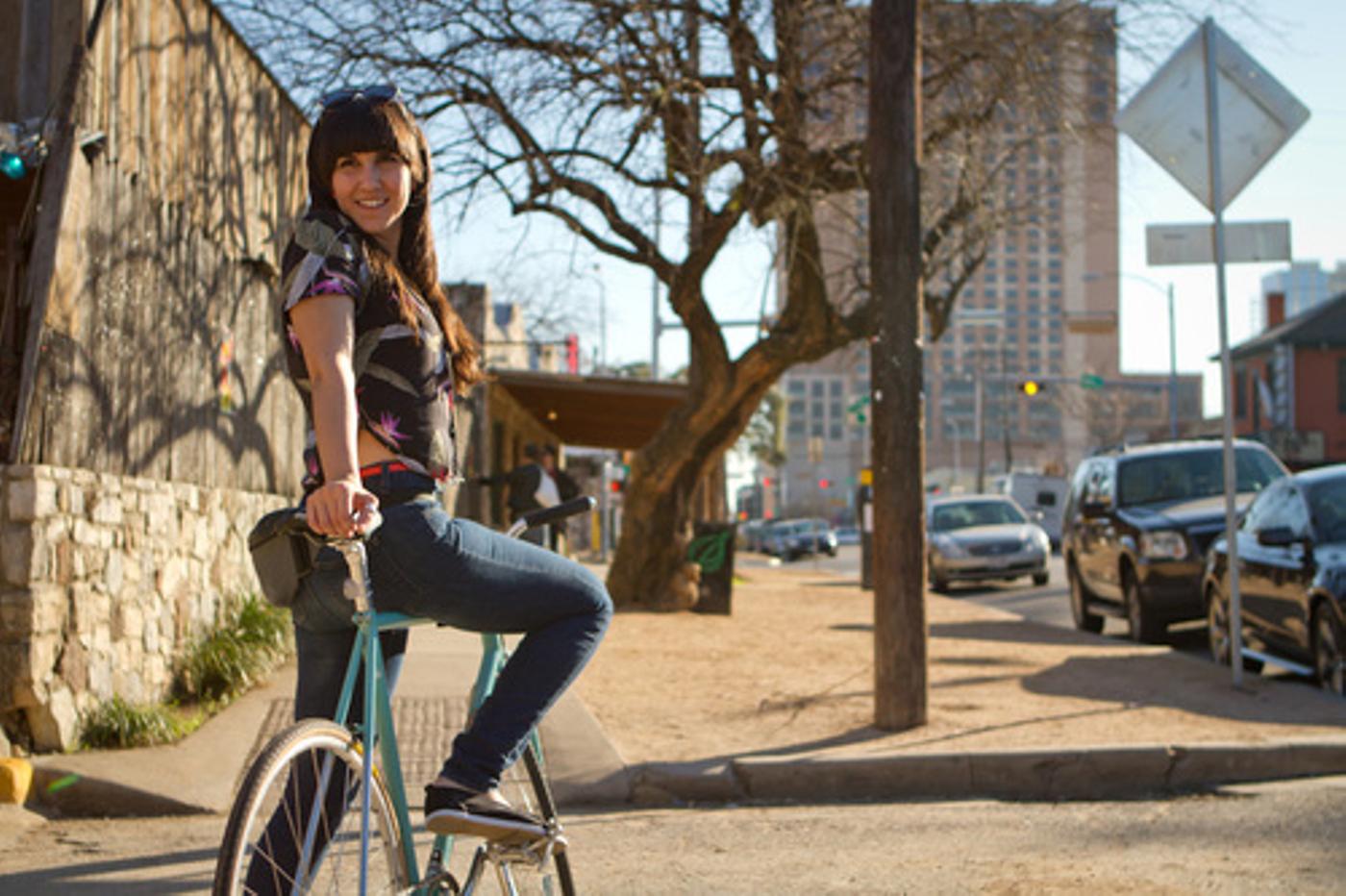 Yes, it’s Valentine’s day, one of those commercialized holidays where you’re supposed to show the one you love extra special attention. While I don’t buy into that garbage, it’s slightly ironic that today I chose to post up photos of my girlfriend and her bike. Lauren is the reason why I’ve relocated to Austin and she’s such a rad girl. As one of my pre-requisites for dating, she loves to ride her bike. So while we were out on Saturday, I stopped to catch here and her bike in the late-afternoon light. 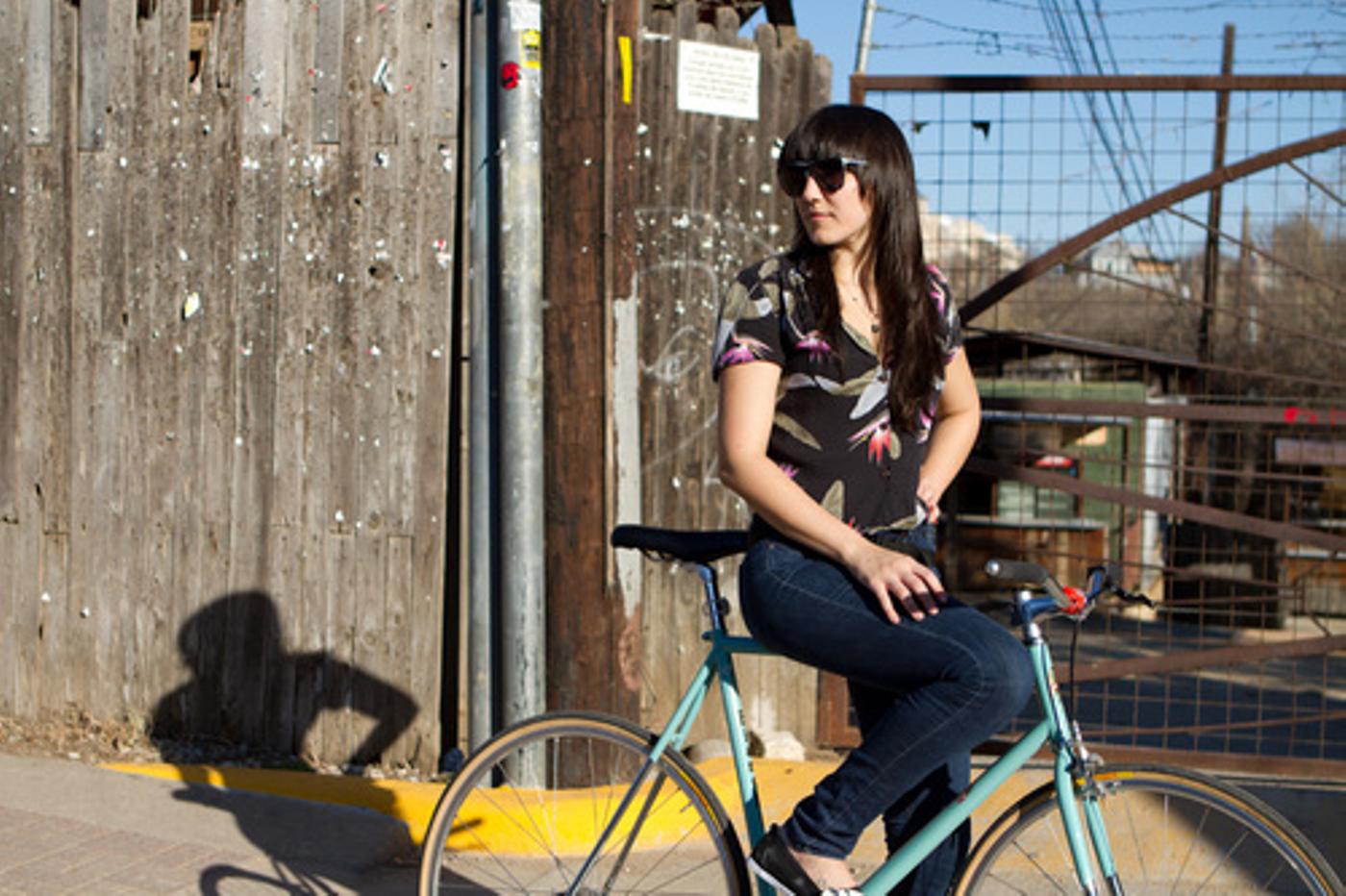 She bought her Bianchi Pista Via Condotti from Mellow Johnny’s last year. Out of all the recent additions to the steel pista Bianchi line, this one’s my favorite. She seems to like it and after a few upgrades, it rides quite nicely. I added a 28c Panaracer Pasela to the rear and a 25c to the front to add a little cushion to the ride. 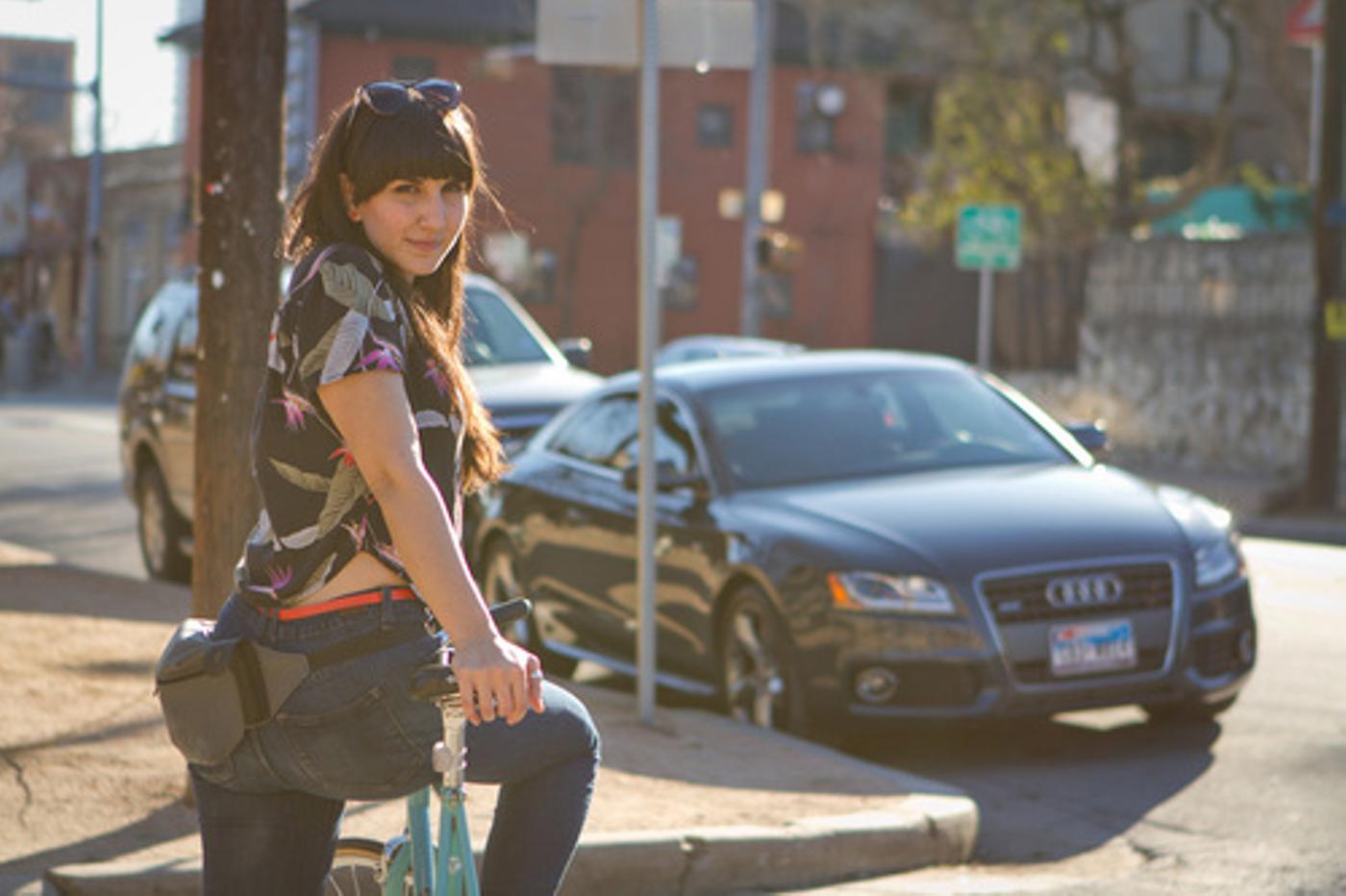 The Austin light at 4pm is warm and bright. 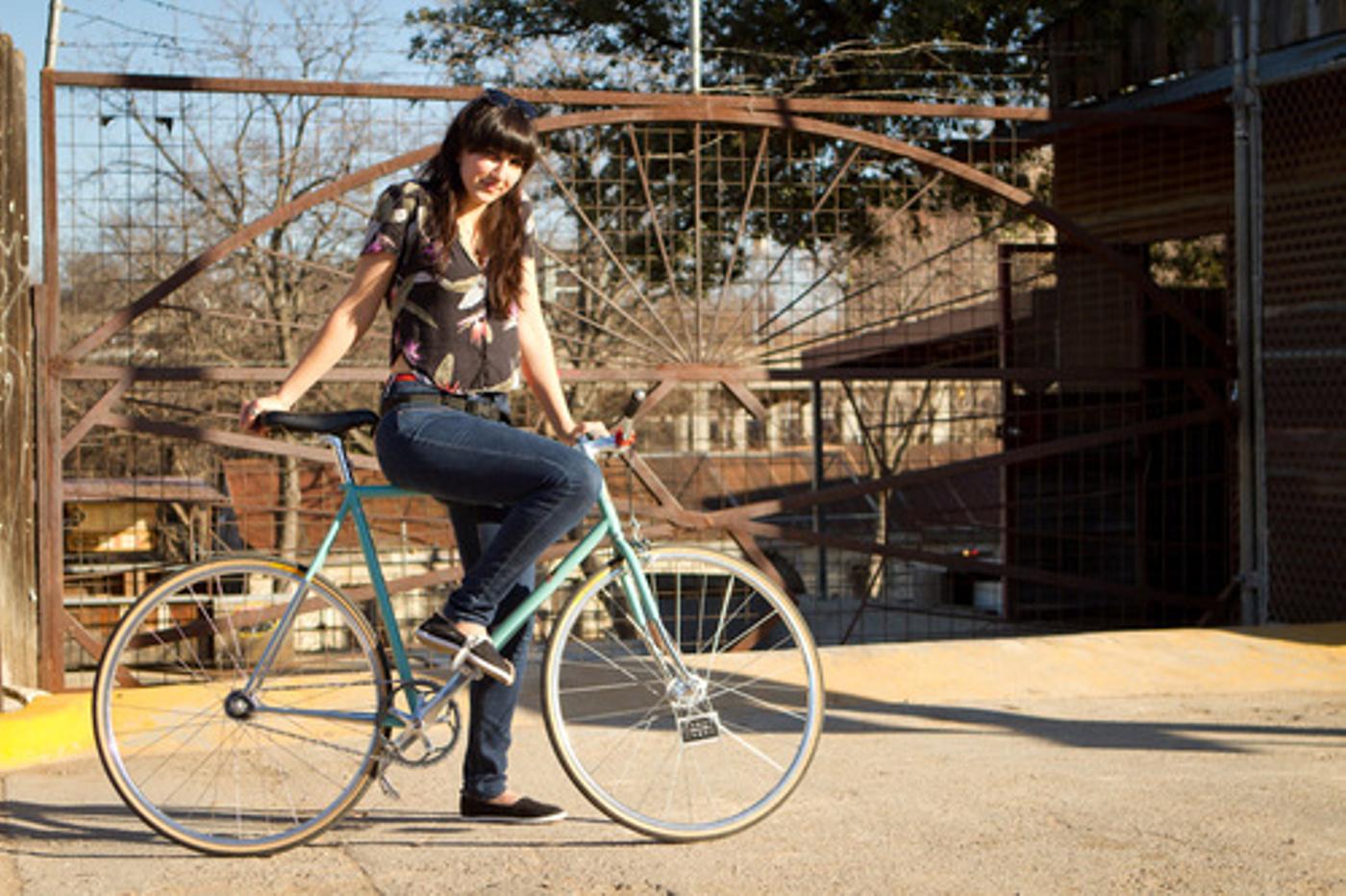 Not a bad looking ride huh? 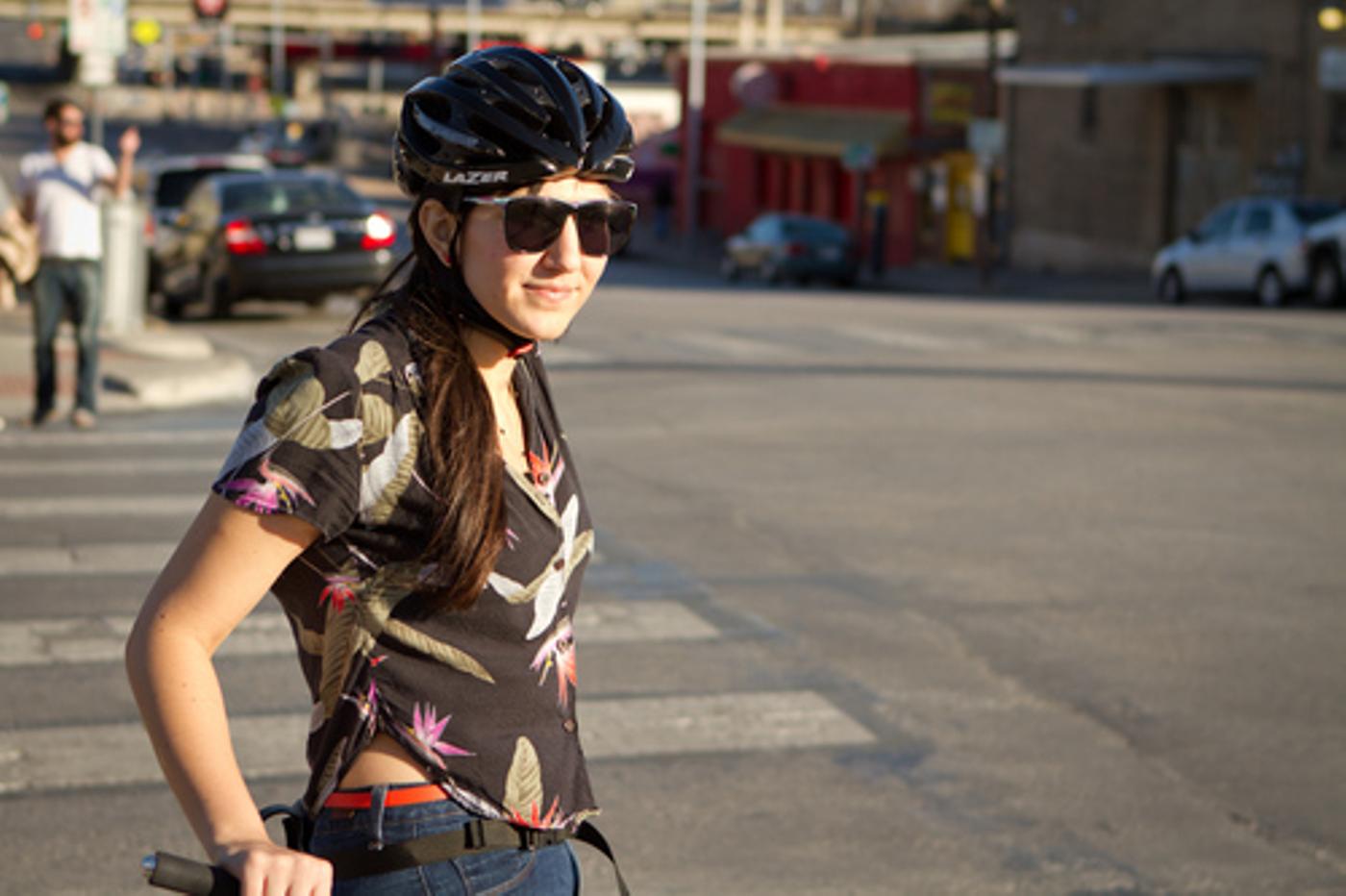 Lauren always wears her helmet when we ride and that’s sexy as hell! Is that sappy enough for you guys?