Last Sunday was the NY Bike Jumble at the Philly Bike Expo. While not as big as the previous few Jumbles, this one had some gems to be had. Schwinn Prologues were one of the many time-trial framesets that Schwinn produced in the 90’s. This one was immaculate! The same seller had this stunning Paramount track bike. You could also trick out your tarck with overstock from Bicycle Revolutions. 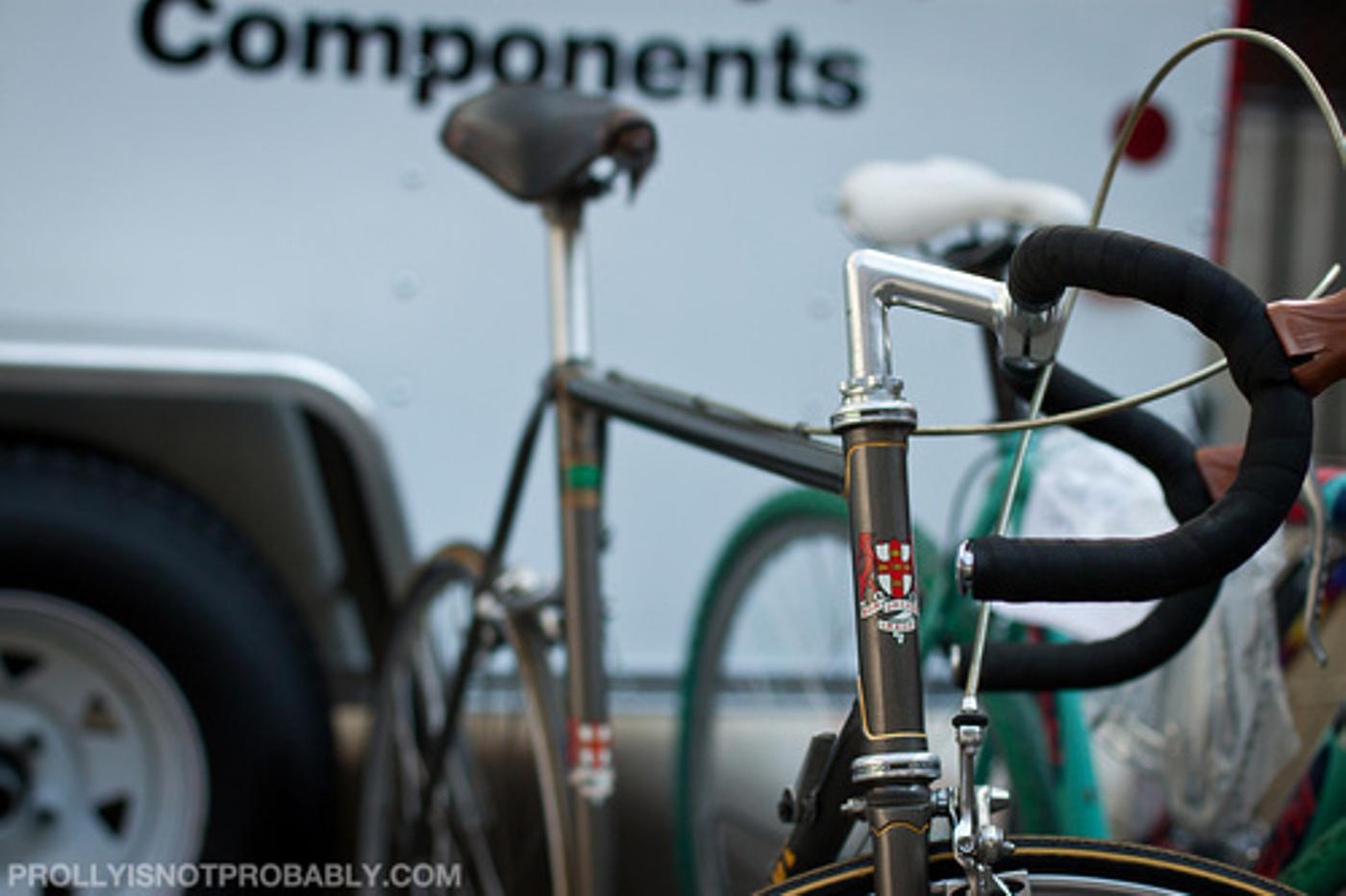 A Reynolds 531 Bob Jackson, from back when they were legit! For a bit of fitting eye candy, La Colombe coffee brought out their HVan. Such a rad coffee truck! The Citroen HVans are popping up everywhere now! The Embrocation booth had a grip of cross tubies for your bike. All very cheap! Need a nice roadie? This GIOS was pristine! Meanwhile, back indoors, Cycling WMD had brought out his freak tallbikes. Yes, that’s a Bruiser tall bike! Sick right? Keep an eye here for more Philly Bike Expo posts! Check out some more photos from the NY Bike Jumble here on my Flickr.