After riding down to Philly on my road bike, I ate a big dinner, got some drinks and passed out. The next morning, Fuzzy and I rode to the Philly Bike Expo (tired of hearing about this event yet?) and I went to work. When we rolled up at 10am, the place was already packed! After covering the 2010 NAHBS and the 2010 Interbike, the Philly Bike Expo felt like a cake walk and that’s not a bad thing. Tradeshows and expos can be overwhelming. The scale is immense and the people are, well, somewhat robotic in their ‘dog and pony show’ pitches. The Philly Bike Expo catered to a smaller crowd with an easily-digestible scale and one-on-one discussions. Everyone from framebuilders to importers had products on display. This was the hands-down funniest bicycle company name I’ve ever seen. I think this model is called the “Nozzle”. Already feeling the need for fresh air, I headed outside for the Bicycle Revolutions Fixed Freestyle Contest Trick Jam, aka “fixie demo”. The Sweathogs were down in full effect. Here’s Tony boosting the hip. I didn’t catch this dude’s name. And another angle from Sean’s barspin. Drew, Tony and the un-named rider taking a breather. 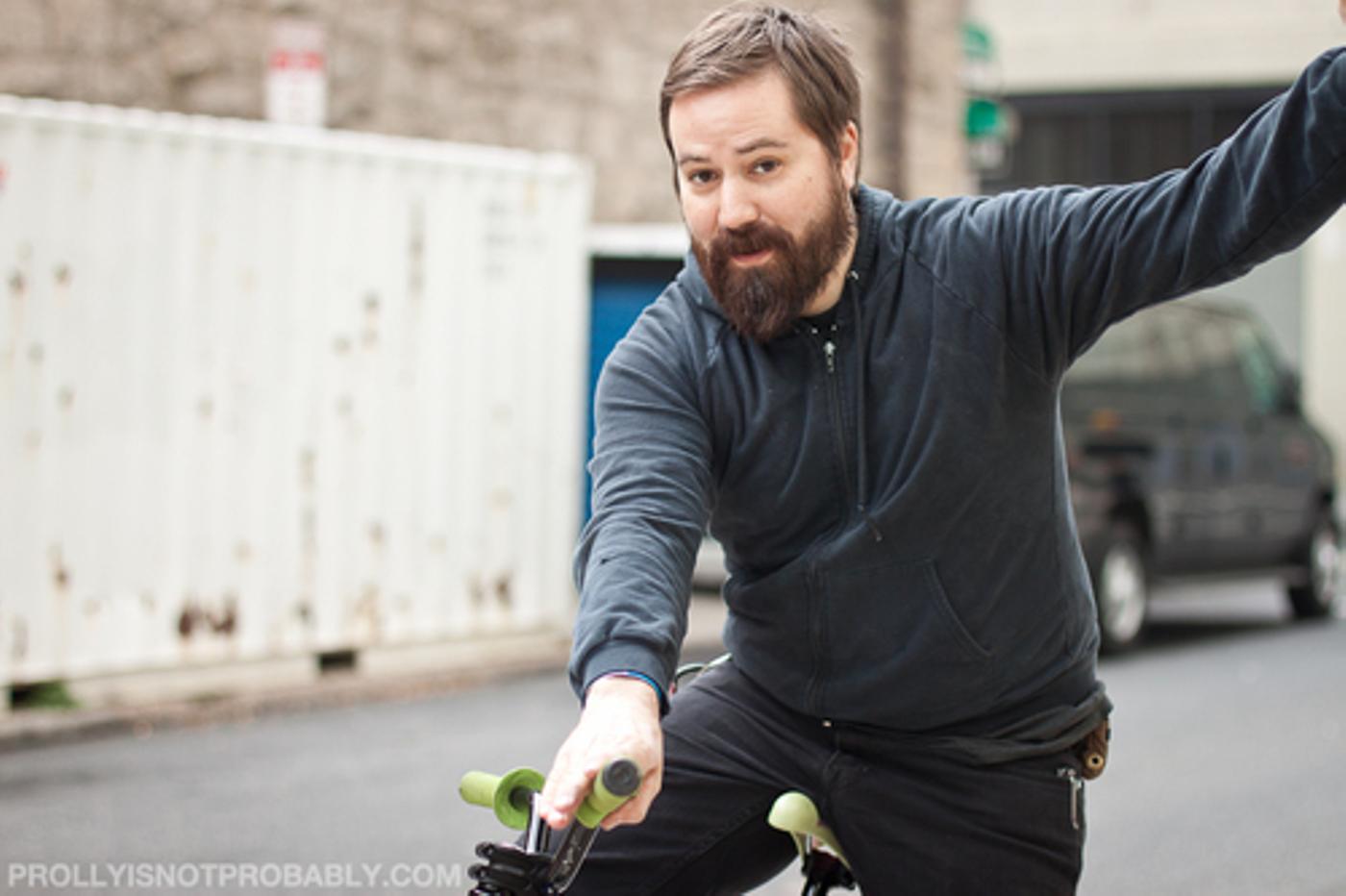 When it came time to give away the $20,000 cash prize, Fuzzy decided to keep it for himself. He has plans on opening another shop that specializes in strictly hog farm needs. Solid investment man. Keeping the sweat hogs sweaty! I’m joking of course. There isn’t a demand for hog farms in Philly.

Check out a few more photos here on my Flickr!