Friday morning I met up with Scott, Harry and Isaac at the PATH station next to the World Trade Center in lower Manhattan. It was around 8am and we were all groggy and anxious. Our plan was to ride to Philadelphia for the Philly Bike Expo. This had proved to be a bit of a problem for me. I knew I didn’t have a bike equipped with rack mounts and my attempts at procuring one last-minute fell through. Finally having sorted my bike out, the three of us made our plans and rode to Philly. Everyone had their own means to carry what they needed for the weekend. Once we got off the PATH train, we were in Newark. This saved us some mileage because the only other way is over the George Washington bridge and our route already took us about 30 miles out of the way. From Newark we caught 27 to New Brunswick. I made due with what I had. Here’s my saddle bag in New Brunswick, about 25 miles into our trip. Shortly after, we switched from road to dirt. But first, we had to get to the trails over this dodgy canal. This was the Delaware Raritan Canal, our link from New Brunswick to Trenton. Not many people take this route to Philly and a lot of the people I talked to took highways. I’m so glad we didn’t opt for the same! Because the forest was beautiful! 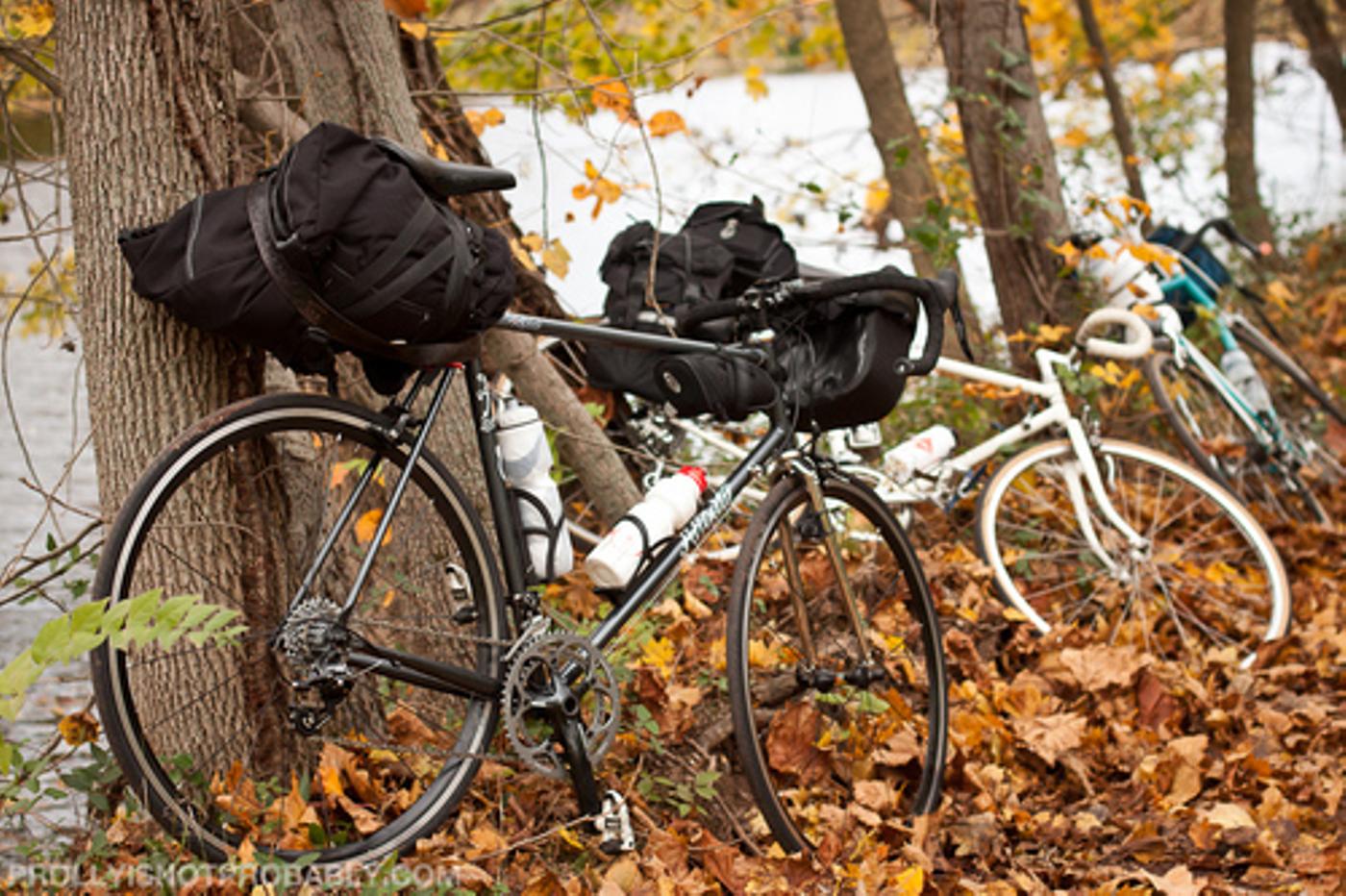 Our bikes were perfect for the trails. I rode 23c Rubinos and everyone else was either rolling on the same size or 25c. A cross bike would have been overkill and while a fixed or a track bike wouldn’t be horrible, I think it’d take some careful gearing. 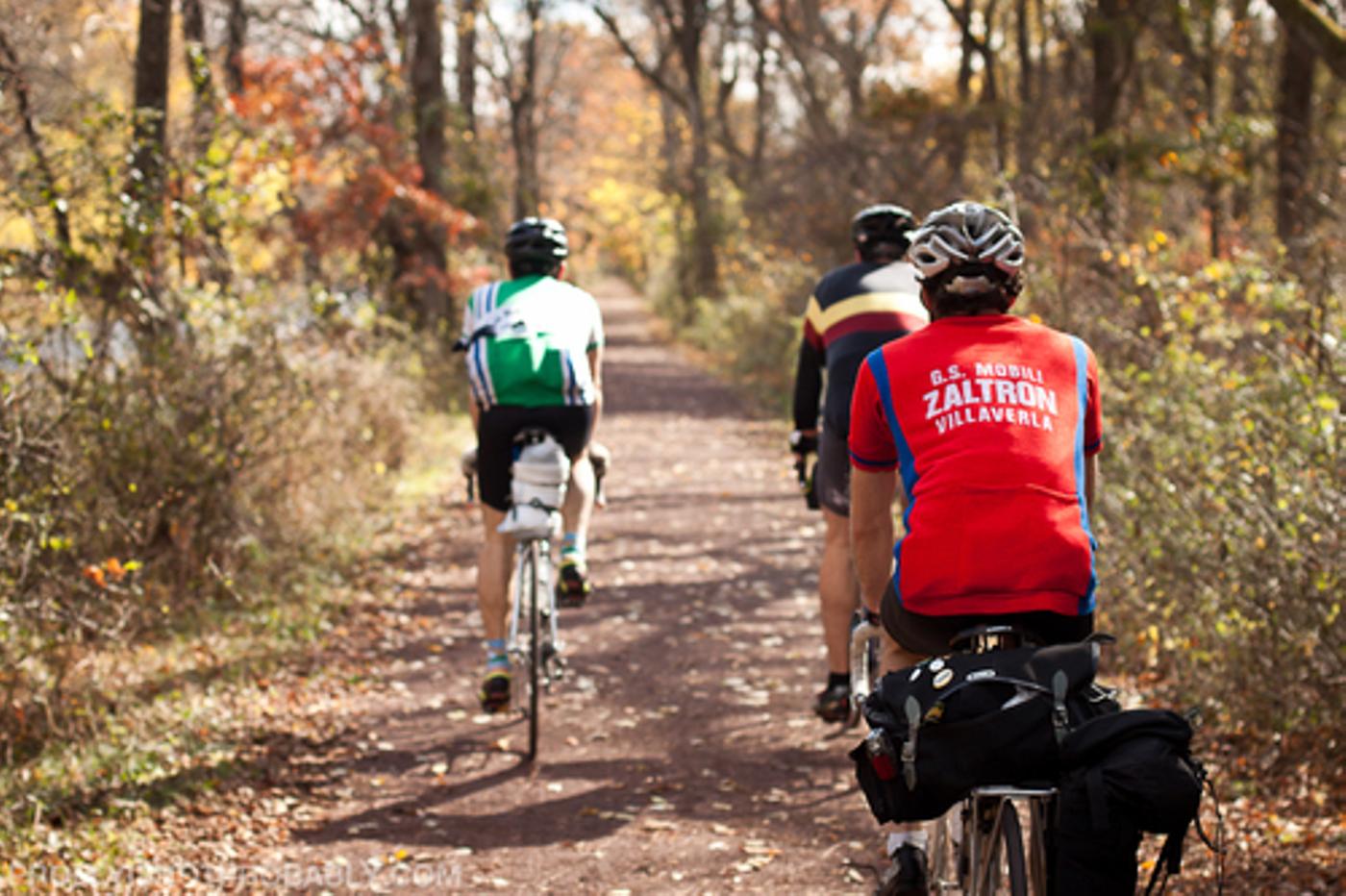 We stayed on the path as it crossed highways, towns and side-roads. 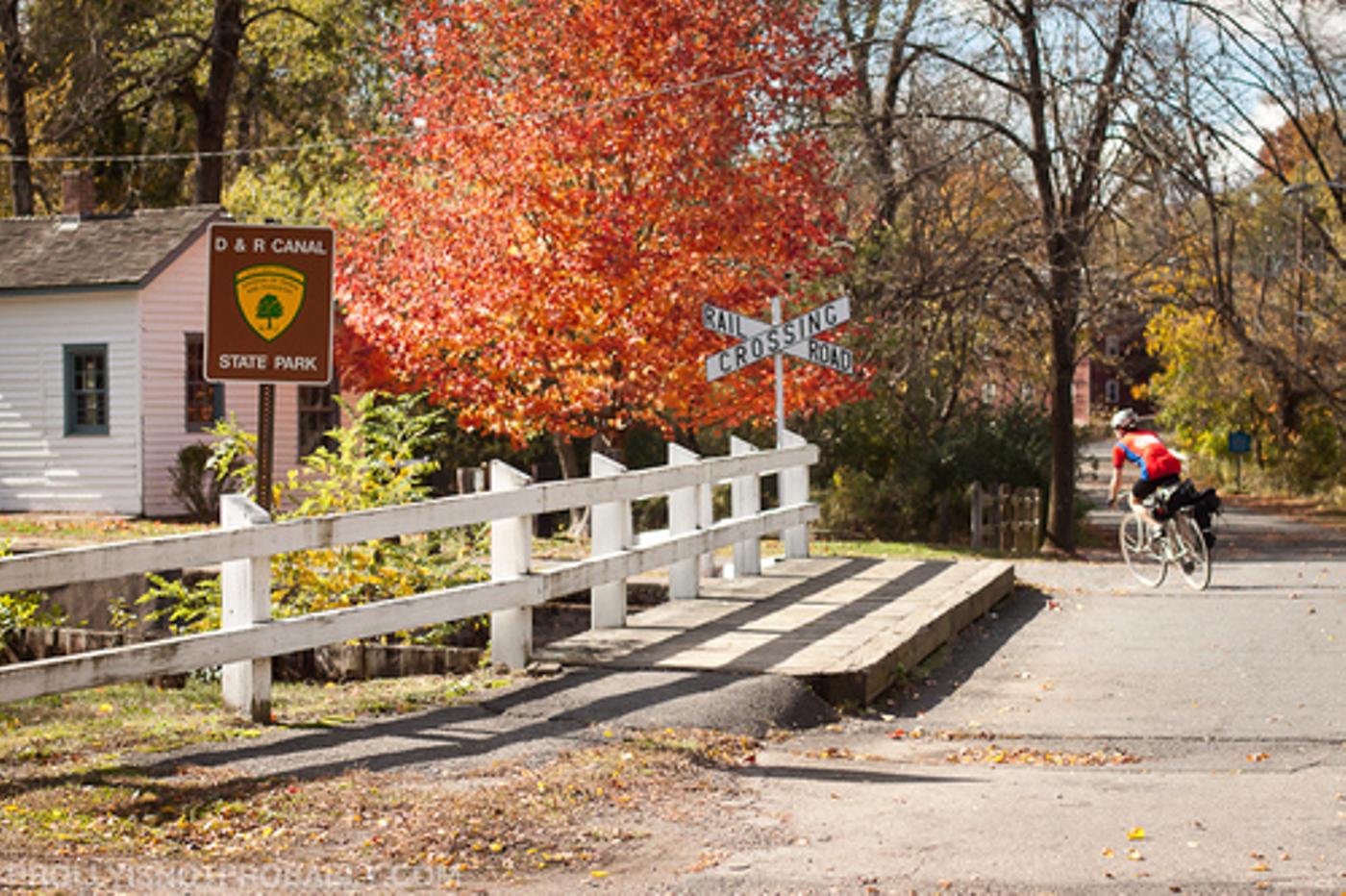 The scenery was gorgeous! We continued on this through Trenton and across the Delaware River into Pennsylvania. 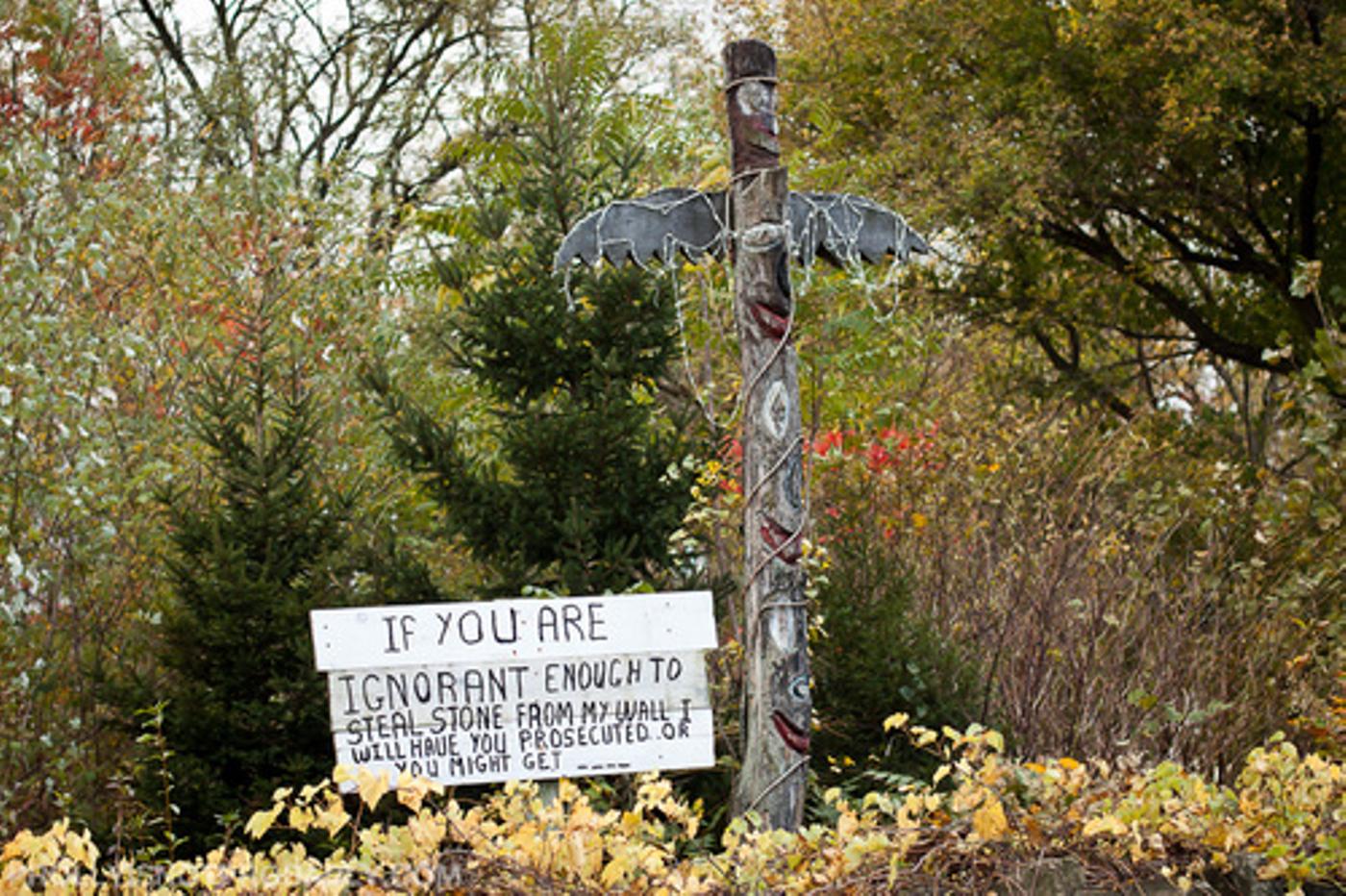 That’s when it got really interesting. From there, it was a straight shot to Philly. We took the Old Bristol Pike trails and when they ended, we were dumped right off onto Highway 13. That brought us right into center city, Philly. Once I got to Philly, I headed to Bicycle Revolutions to meet up with Fuzzy and Heather, the owners. Dinner was had, drinks were consumed and I slept like a rock. The trip totaled 110 miles and 7 hours including a quick lunch break. Our average speed at 15.4 mph and at times, we were booking it. I took a ton of photos and they’re up at my Flickr so go check them out!

The next morning, I headed to the Philly Bike Expo. Check out those photos tomorrow!