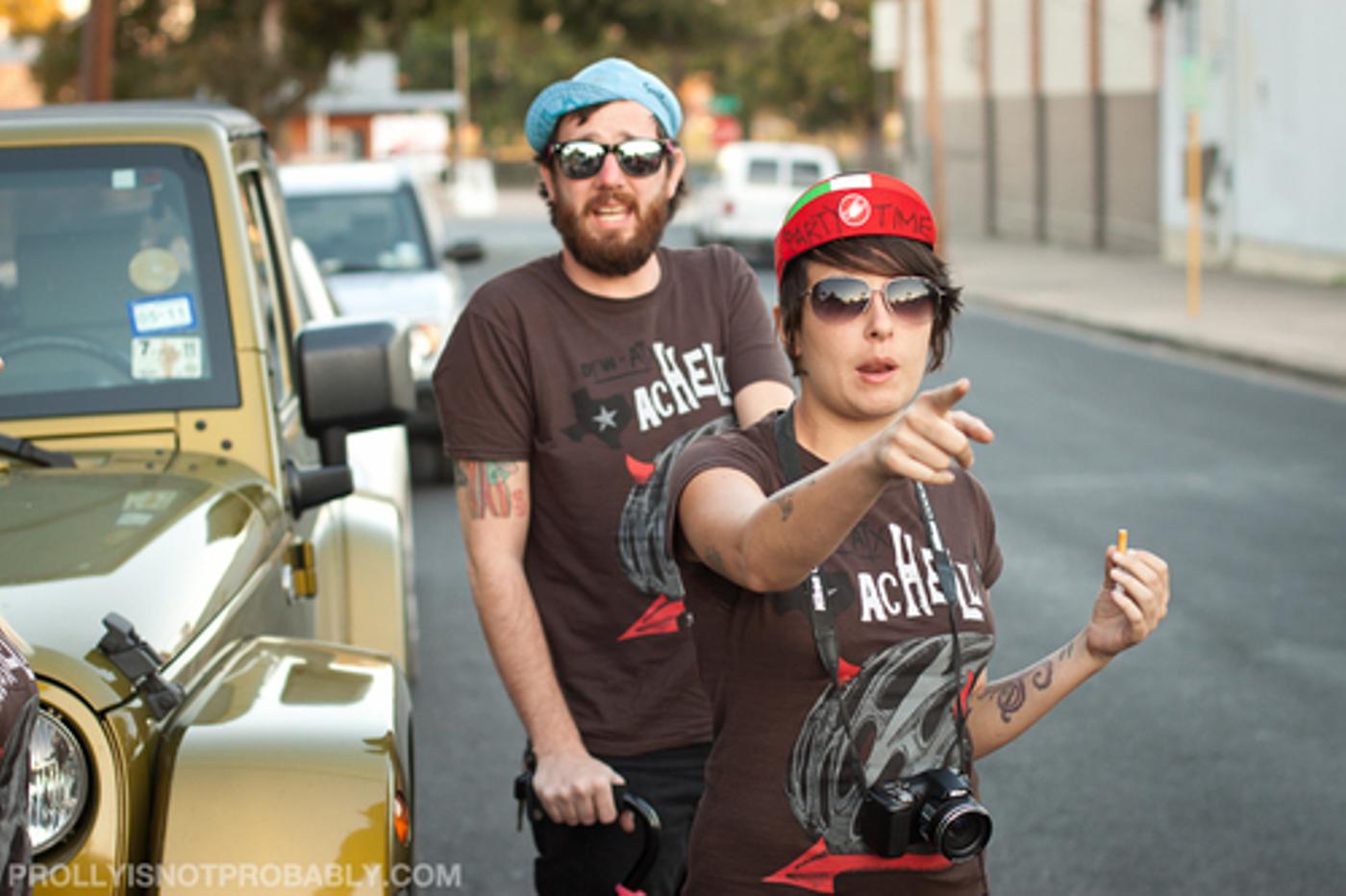 Friday was my last day in Austin. I spent the morning hitting some more shops and shooting various ladies’ bikes (more on that later). One of the highlights of the day was catching up with the AC Hell crew. These guys rode from Dallas to Austin on their bikes to attend Austin City Limits. They arrived on their noble steeds, many of which were fixed, just as Fast Folks was shutting down for the day. Beers were had, farmer’s tans were bragged about and many tacos were consumed. Shortly after the support cars showed up, the riders began to appear in the sunset. One by one they trickled in. And celebrated their victorious travels. With a raised fist, they chanted “TIME FOR BEER!”. Team Party Time in full effect! I got some detailed shots of that kit which I’ll post up tomorrow. This one’s ON SOME SHIT with shouts to Adam22. 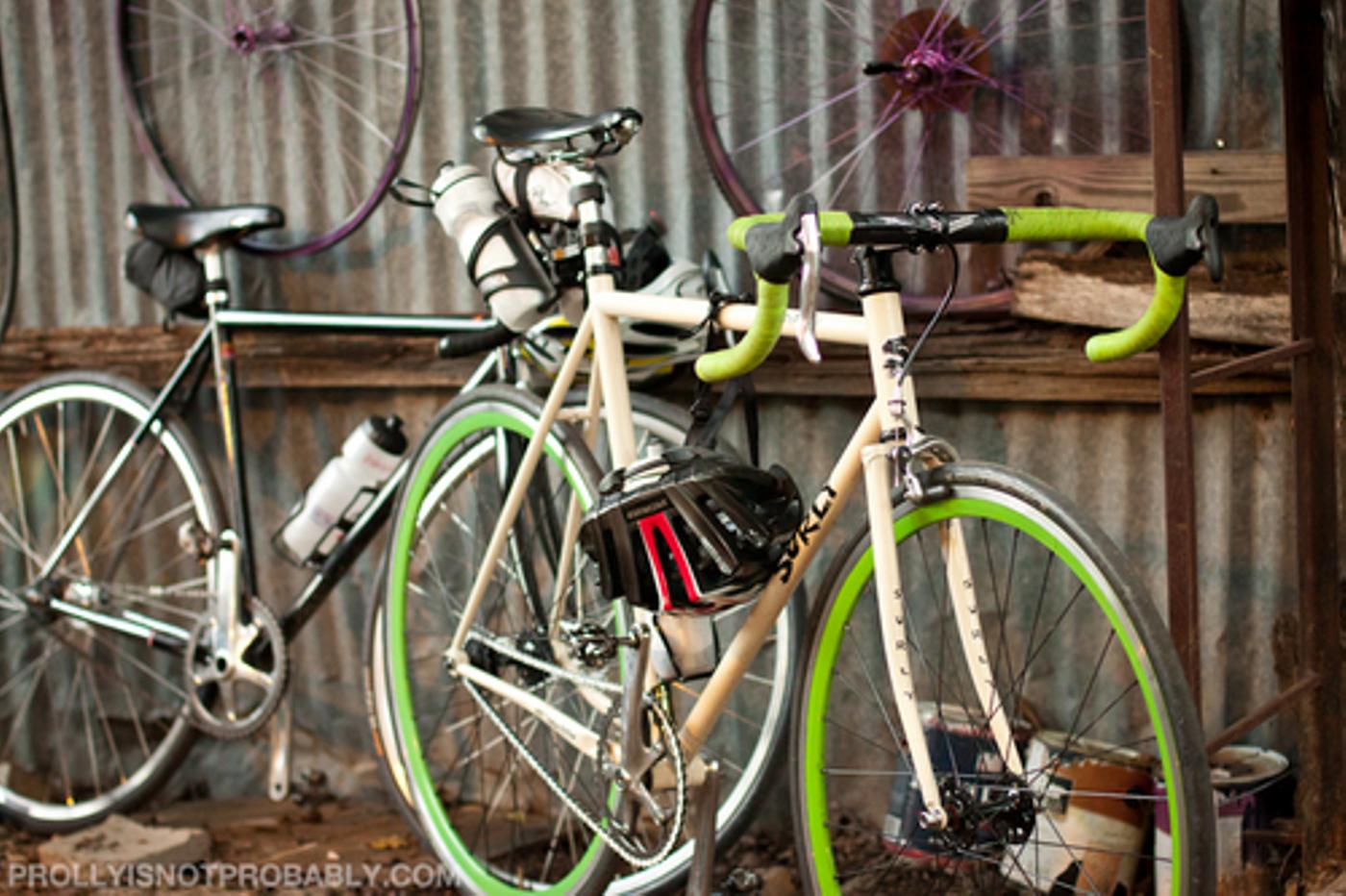 This stoker-Steamroller was my favorite bike out of the pack. As the sun set, I took off to get dinner as the guys recouped their calories and carbs. Much respect to the riders and the support cars. Hope you guys have a safe trip back!