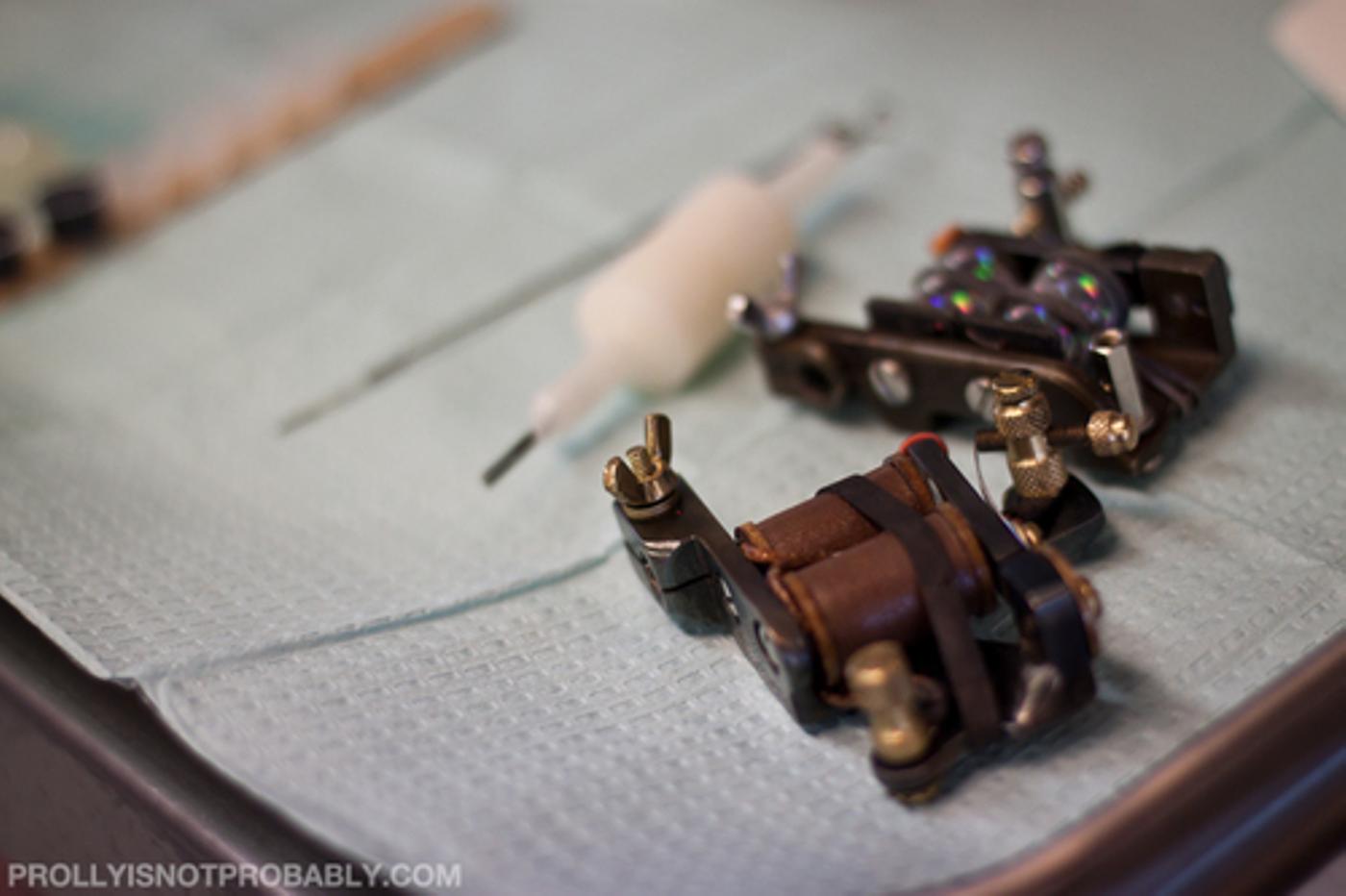 I stayed with Eric Puckett (@EricPucketttt) and Jesse Gordon (@TattGordon) while I was in Austin. They’re two of the raddest guys I know. In fact, I knew Jesse before I knew Puckett, from a few years ago at Peel Sessions while he was working for a few weeks at Red Rocket in NYC. Jesse now works for Amillion in Austin and his work has improved ten-fold since I first met him. It was a stretch for me to depart from my line-work only style but Jesse’s Americana isn’t to be passed up! I originally wanted to get some kind of viking flash but Jesse had just finished painting some new work. While he was setting up, I poked around and shot some photos. Each year, he adds his stencils to the wall and at the end of the year, he makes a book from them. By October, the stack was dense. Like all artists, Jesse surrounds himself with his inspiration. Not limited to tattoo flash of course. You can’t go far in Austin without seeing a BMX sticker. He readied the inks. I’m beyond stoked on how this came out. It’s pretty bad-ass and a I’m stoked. If you’re ever in Austin and hankering for some ink, swing through Amillion and say hey to Jesse!