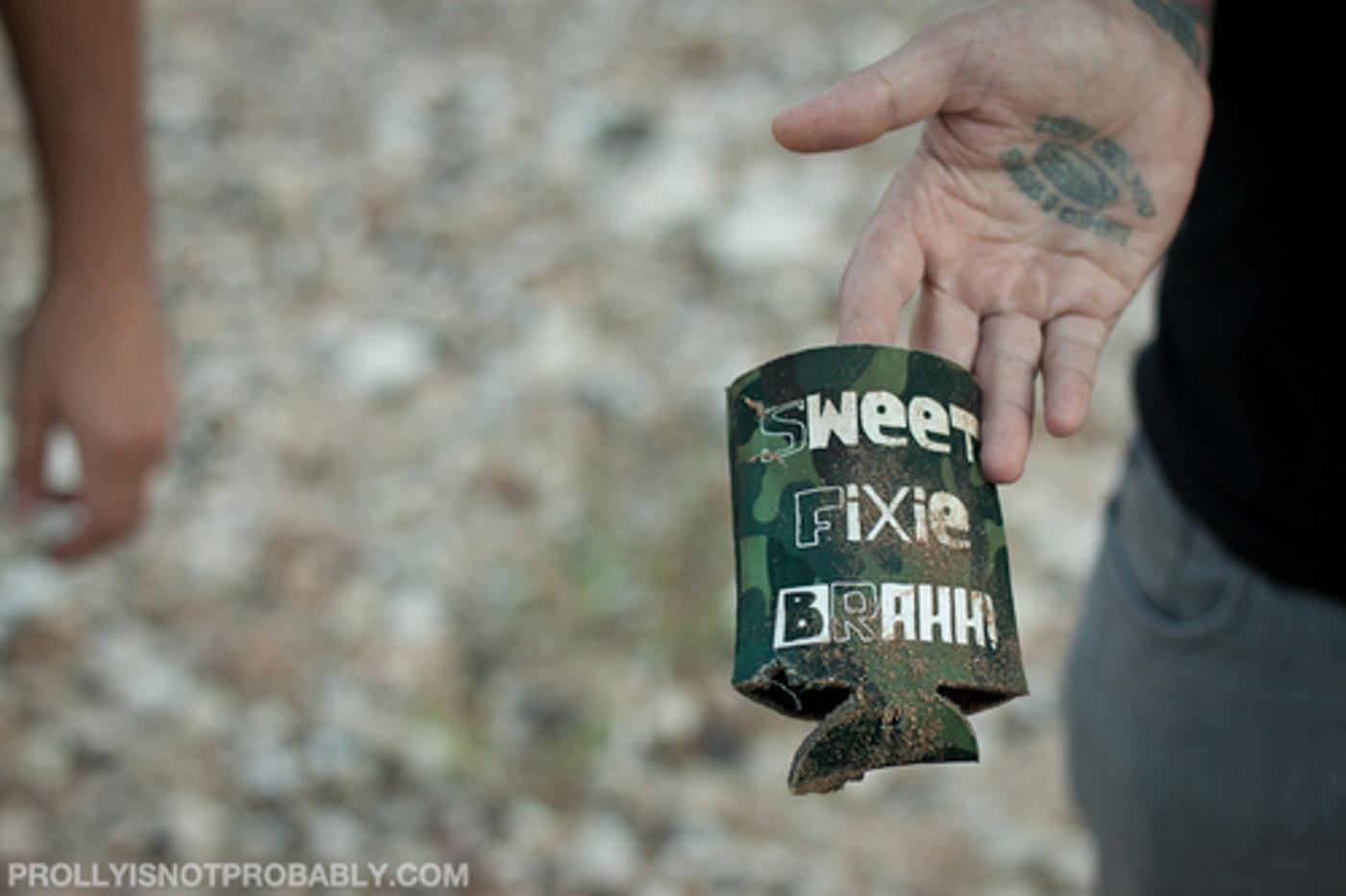 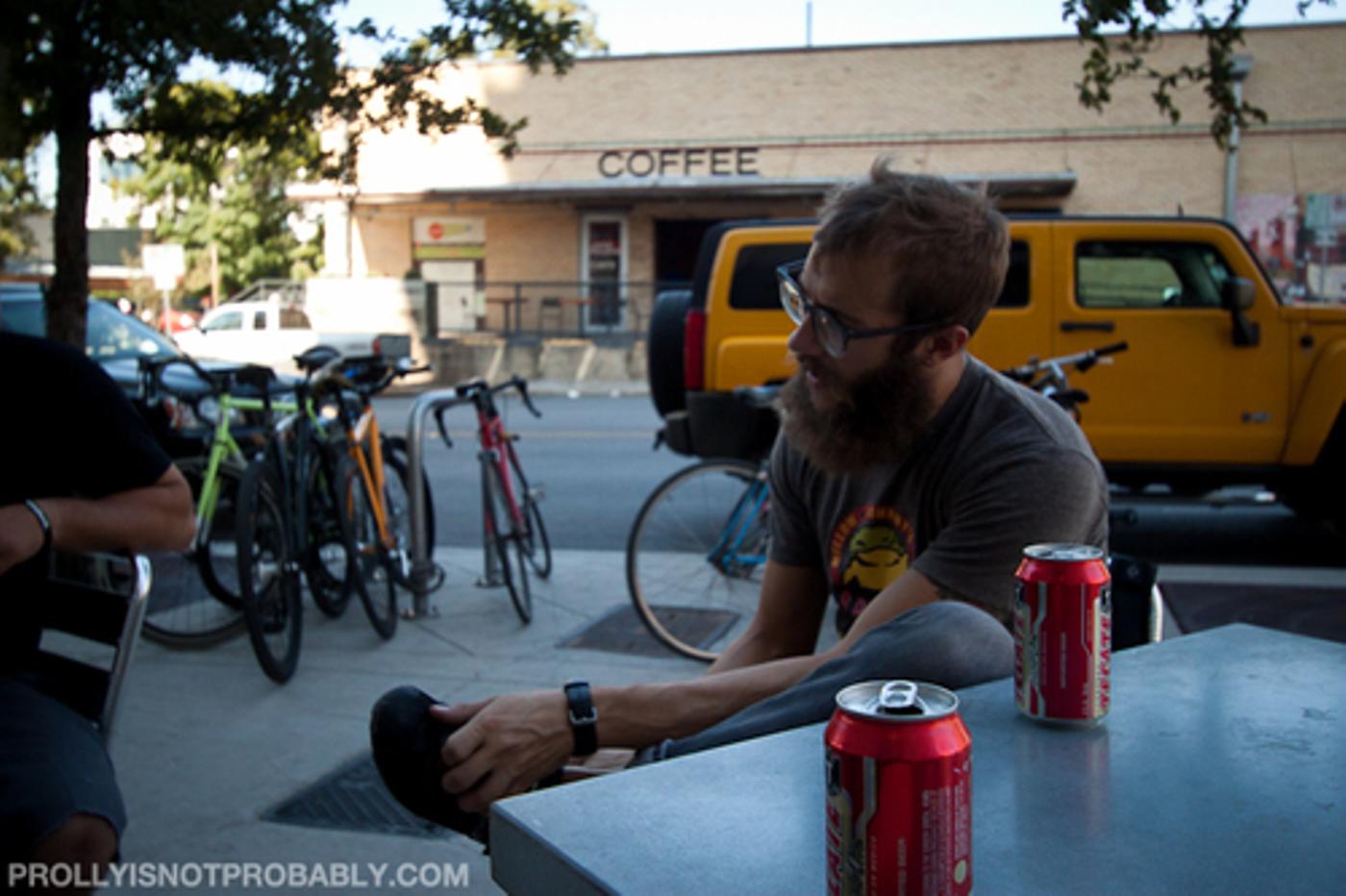 Early morning we rolled into downtown and swung by Mellow Jonny’s where we met Allen. Nice dude. He recommended that we soak in some river water and he bought us a 6-pack of Tecate. What a rad dude. Thanks man! 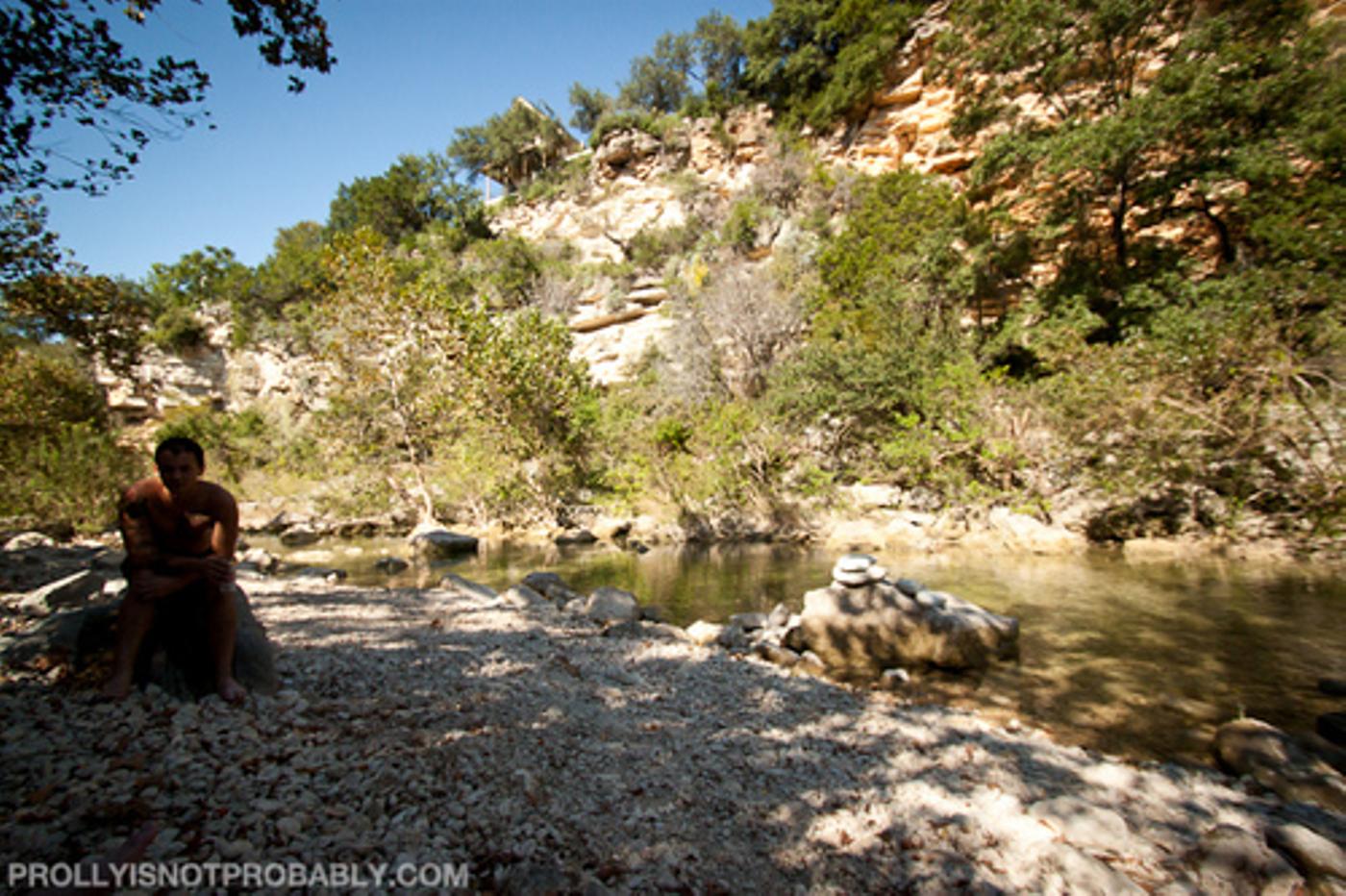 First up was the beautiful Greenbelt. We rode our bikes down the trails and over the waterholes to this secluded spot. The sun baked our bare chests. But damn, it was nice out. Later we hit up the Secret Beach. Rather than riding out there, we drove and brought a cooler of beer and a bb-gun. 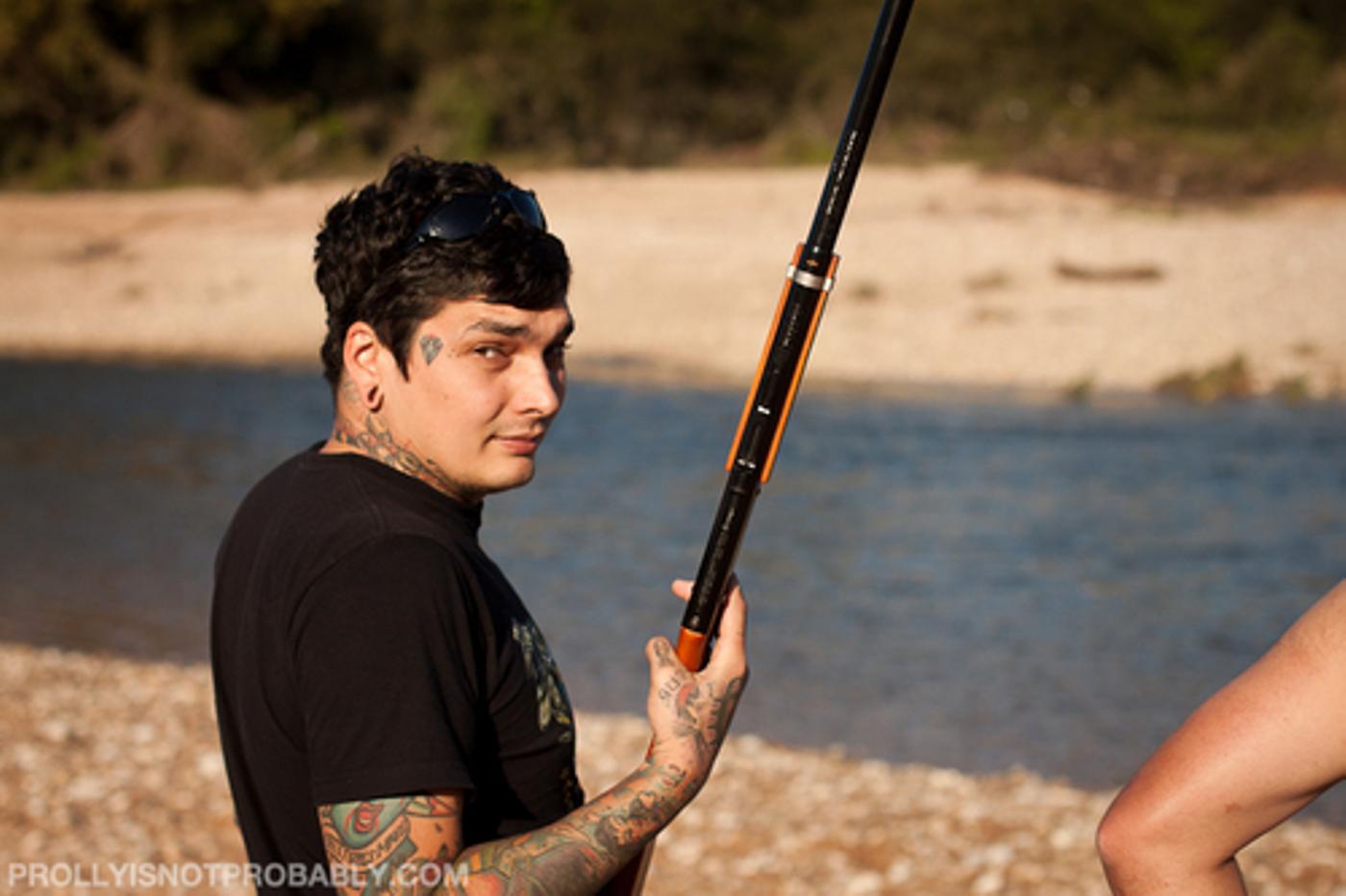 Jesse Gordon is a sharp shooter and a killer tattoo artist. Then a dog stole our beer coozie. Affinity‘s coozies from Interbike ruled! Sure, there’s not a lotta photos of bike in this entry but I got some good shit coming up later! I think I’m in love with Austin…