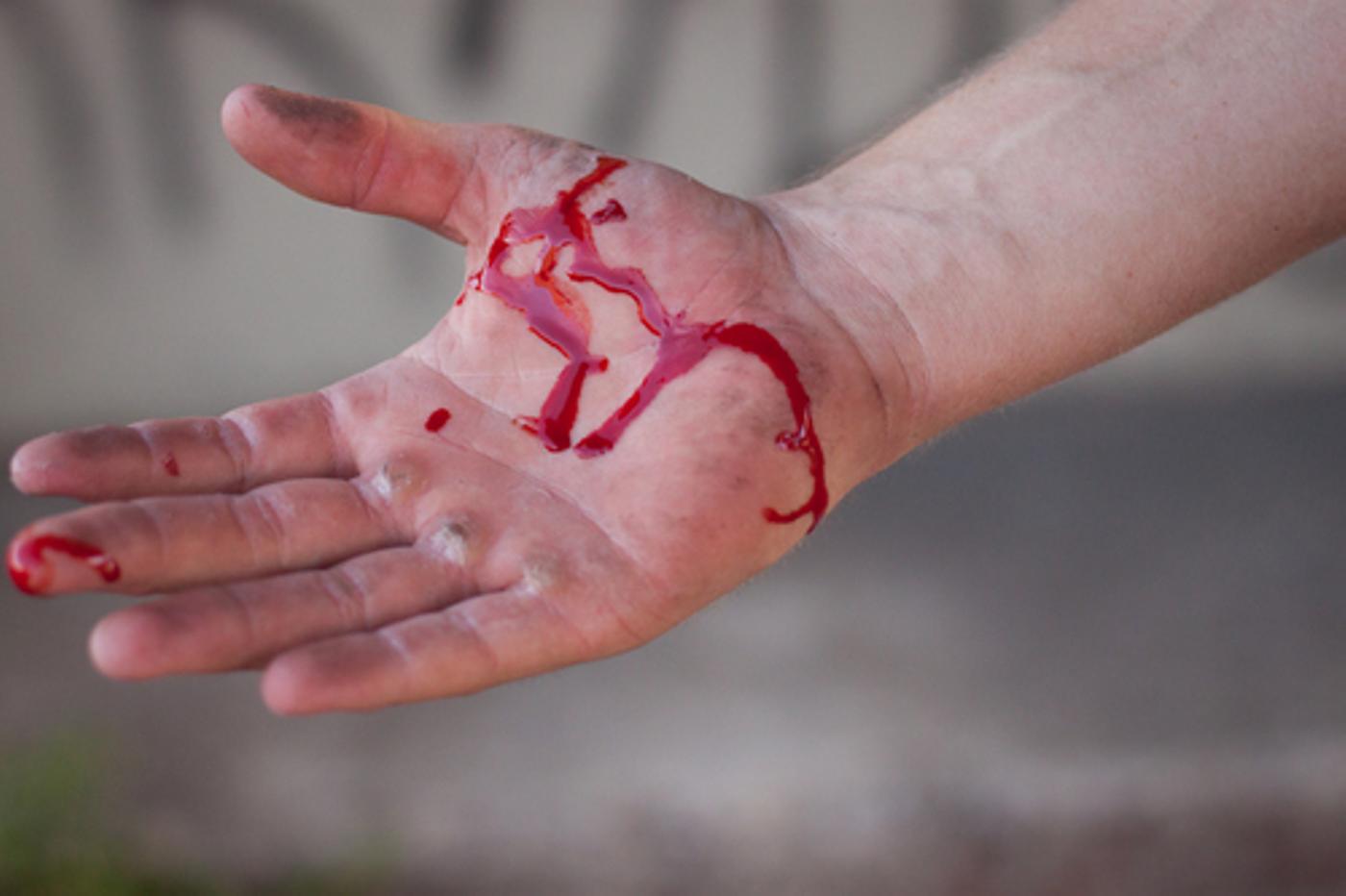 I don’t even remember the last time I spent the day with fixed freestyle riders. It’s been a while. All I’ve been doing lately is embarking on solo-rides and that’s usually on my track or road bike. Yesterday Shea, Jeremiah, Joe and I spent the afternoon riding around shooting for Hold Fast and DART. Blood was shed, but not from one of us. Keep reading to see who’s hand this is. Shea’s one of the most positive riders out there. Kid’s got a great attitude and loves to ride fixed. We started off at the McCarren skatepark where we waited for Jeremiah to show up. Shit, I don’t even know when the last time I rode with Jeremiah was. He’s still got it in him though! From there, we headed to this spot I’ve been eying for weeks. Handicapped-ramps without rails are a blast to ride and this one was a massive drop to a sidewalk gap. I wanted to hit it but have been off the Bruiser for so long that I left it up to someone else. Jeremiah tackled this thing three times, tweaking out the last one and landing balls to the saddle. We had one more spot to hit up before we had to meet up with Takuya Sakamoto for a DART shoot. Jeremiah and Joe headed over in their car since they had all of Joe’s equipment and Shea and I took to the bike path. We got to the spot called “Fish Gap” for the fishy smell that exudes from the sidewalk. The landing is slippery and it’s a small drop with a long gap. You’ve gotta hit it flying. Here’s Joe, at age 34, blasting it on his board. And Jeremiah screaming through the air. This was one of the more difficult spots to shoot. It was in the shade and the dudes were flying at it. I remember when I hit it over a year ago. At the time, it was the biggest gap I’d done and it was a mind-fuck. Jeremiah and Shea both nailed it multiple times. From there, we met up with Takuya to shoot the new DART lookbook. Along the way, we scooped up Slaylor. Duder was stoked to ride, as always and like always, he had moves. Here’s a flat ground toboggan. Look how scooped he is! Right after I shot this, I called Taylor to come over and check it out. He was so excited he tried to step over to me and forgot to step out of his foot straps, falling over onto glass and slicing his hand open. That’s his hand at the top. Riding with dudes like Taylor is awesome. Out of nowhere, he’ll smash into a wall and continue to do it over and over again until you nail the right photo.

I took so many shots yesterday and if you’re feeling lazy on this Sunday afternoon, you should head over to my Flickr and check the rest out!