There’s been a lot of buzz about Rapha on this blog as of late and that’s because the Rapha Cycling Club has been throwing some awesome events. Last night I attended the Fastest Mechanic in NYC competition. I left Brooklyn 30 minutes before starting time, got there in about 10 minutes and man, the place was packed! Each mechanic had a Pedros work stand and tool set to work with. Everyone waited for them to start. And people packed it in. When the competition started, the Rapha team alerted the mechanics that all the components were located in the Citroen van! The mechanics started, grease and cable housing went flying and as the dust settled, one man stood above the rest. Jose from Sid’s reigned supreme! From there I headed over to the Chrome VIP party where the SoHoes awaited to get in the event, high heels, make-up and all. 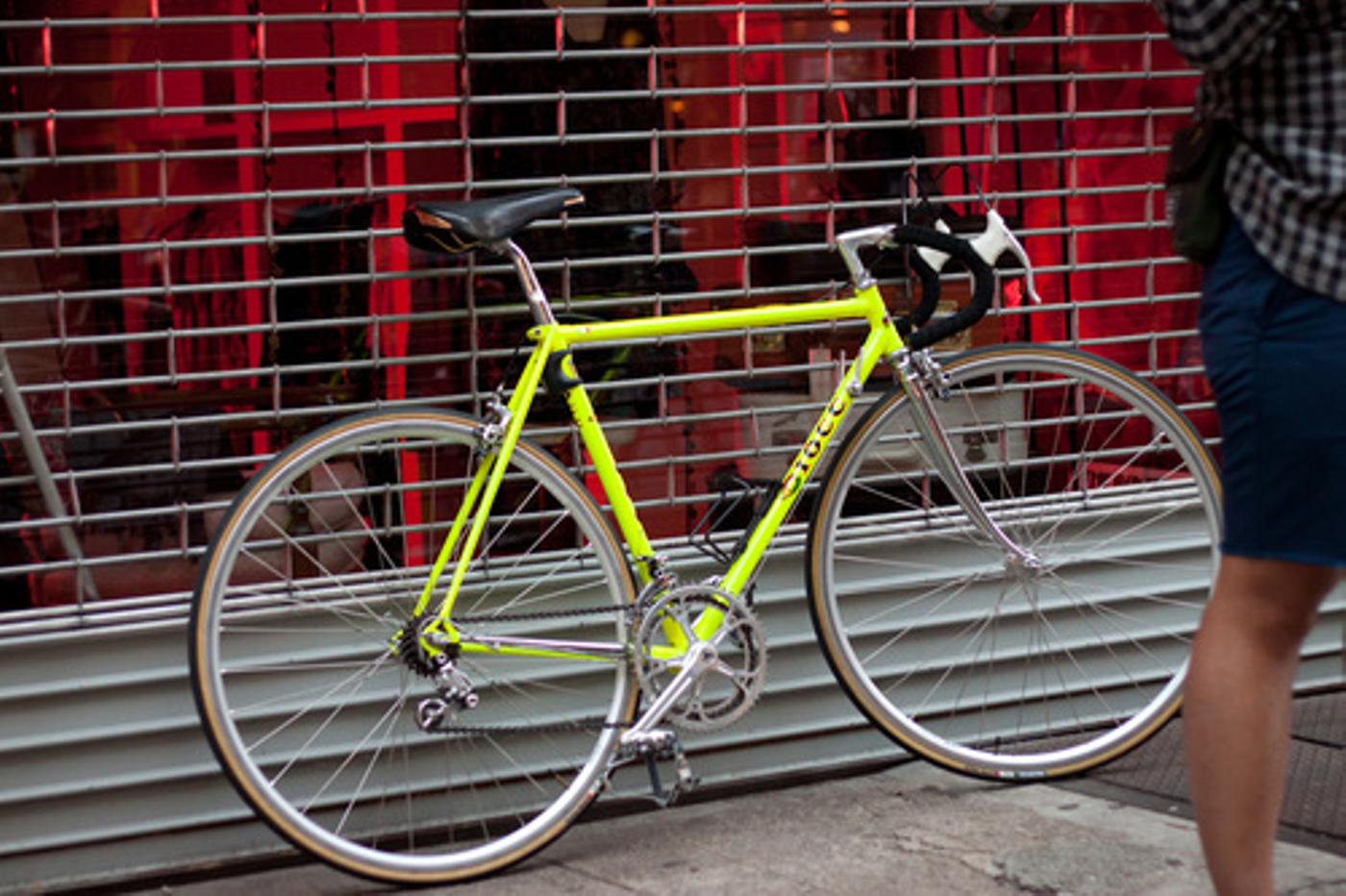 As I rolled up to the event, I noticed this fluorescent yellow CIOCC roadie. So nice! The sad part about the party was I think there were more SoHo scenesters than there were cyclists! It made for an interesting event. The store’s build out is great. The crew did such a nice job on the details. As I mentioned, it was packed. Probably a 1:4 ratio of cyclists to party-goers. Which, in all honesty, isn’t so bad. It’s nice to mingle with people who maybe aren’t die-hard commuters or cyclists. … the liquor helped too!

After both events, I returned to Brooklyn. I don’t think I’ve been this hungover in a while! So hungover that I missed my weekly ride to Piermont with my crew. Don’t hate me guys! Check out more photos on my Flickr.