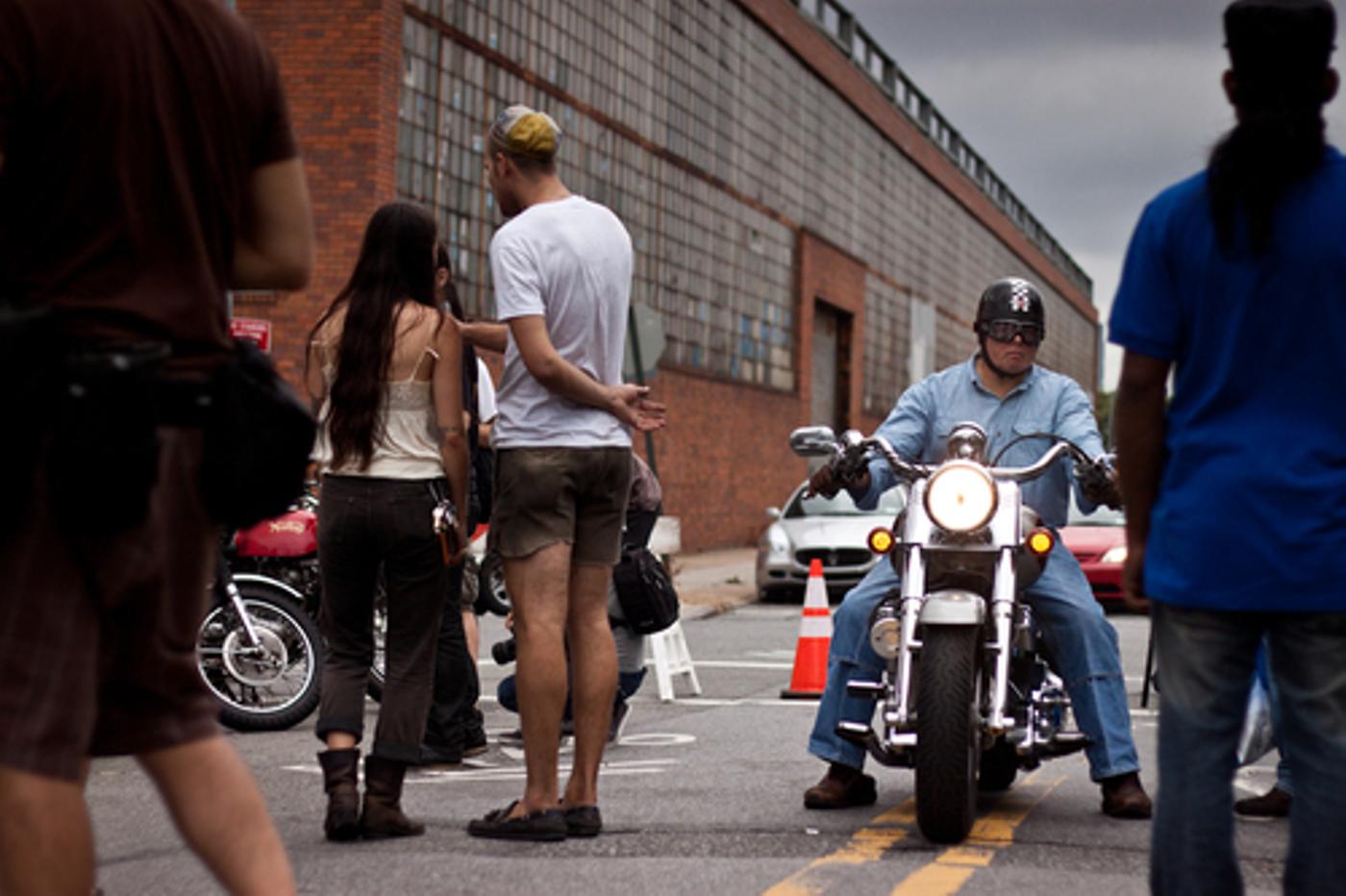 Unlike most Sundays, today I spent mine checking out motorcycles. Just around the corner from my house was the NYC Vintage Motorcycle Show. Bikers from all over, as long as they’re from before the 1980’s came to North 14th street to show off their bikes, trophies and stories. The above photo is probably my favorite from the day but you can check out nine more below! 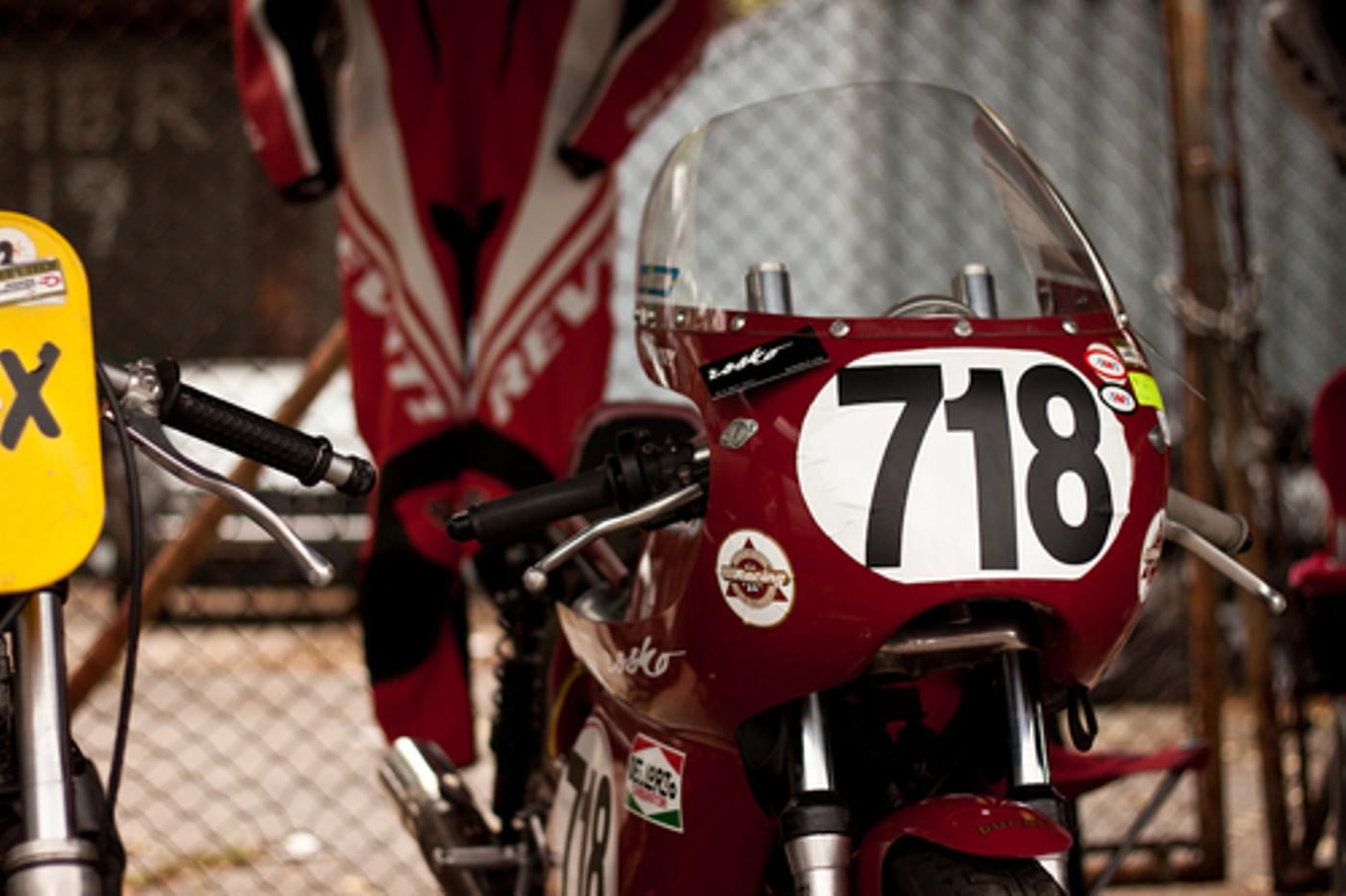 It’s always good to see familiar faces at an event that I wouldn’t normally attend. Seth Rosko was there showing off some of his racing bikes. Seth’s a master at all he does, whether it’s customizing motorcycles or building bicycles. He’s a well-appreciated and respected man here in New York. But you knew that already after seeing the Atavistic Urge. Some of these bikes were stunning. I forgot my wider lens, so I ended up capturing most of the details and very few overall shots. Some of the show bikes had nicely-detailed accessories. It was a beautiful day. The rain had just stopped and people walked through with their dogs. Adding a bit of character to your helmet ensures that you’ll be wearing it at all times. North 14th street, between Berry and Wythe has a few motorcycle shops. Hence the murals. 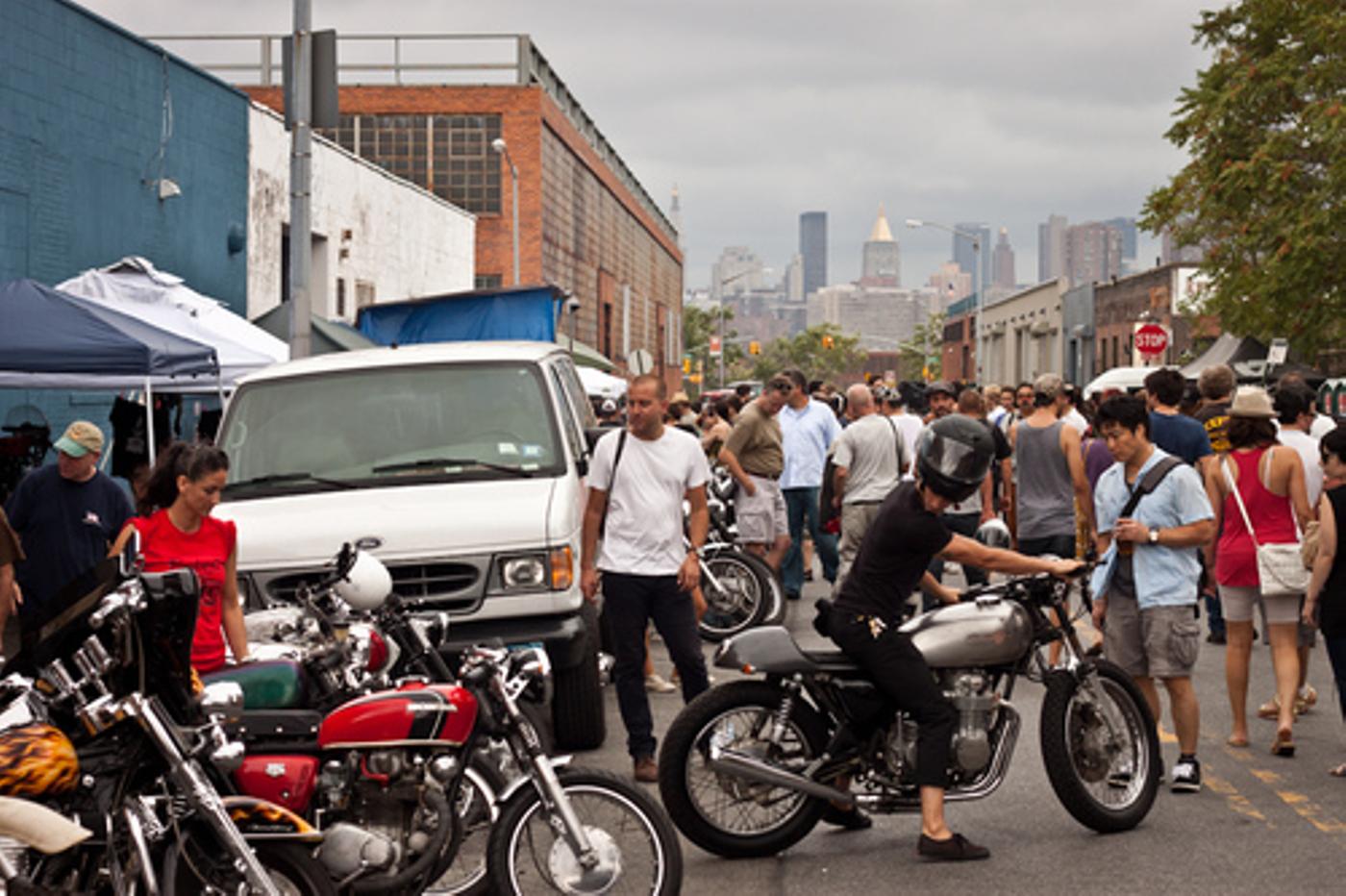 The block was crowded and the skies were ominous. Clouds kept rolling in. … and then it poured. The sky kept dumping on all the bikes. But the judges still had to make their rounds, looking at each bike.

I ended up bailing after the rain wouldn’t let up. Luckily I got a ton of photos and you can check the rest out right here.