Come Sunday, everyone was barely able to walk, much less ride but somehow we all got up the energy to head over into the city to catch the world premiere of Empire at the last day of the Bicycle Film Festival. After two years in the making, the guys were finally ready to play the first cut of the film.

Check out some more photos from the premiere below! Takuya was there, shooting photos for Loop Magazine. 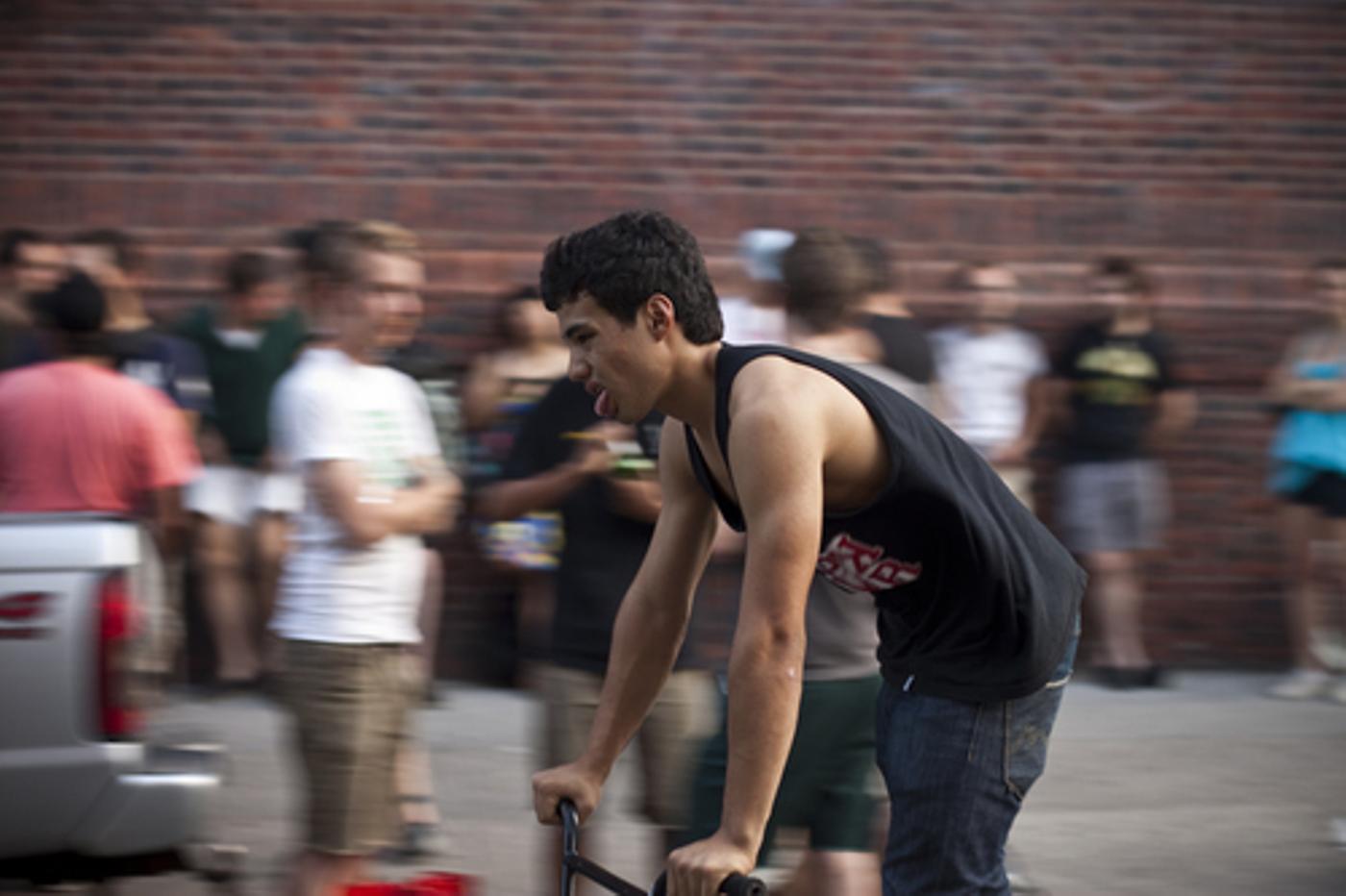 Kai showed up with his pops. Dodici has been in NYC for a week or so, talking to shops and displaying their new frames. With both shows sold out, the Anthology was packed. Tom came up from Philly. Brendt Barbur from the BFF, introducing Luke and Crihs’ film, Empire. It was great seeing it up on the screen. I’ve never had my own part in a premiere movie before and it was a bit nerve-wracking to watch myself on the screen in front of so many people. One thing I will say though is that a lot of the rider’s sections were spot-on with their personality and that’s difficult to capture, especially in an era where a lot of projects show the riders in a very serious light.

The guy’s plans are to have DVDs out by fall and as always, I’ll keep you posted! After the screening, we all headed out to a bar for one last round of drinks. Everyone was beat and as you can see here, people were nodding off. The week ended for us and it was sad to see everyone go. I would like to thank all my friends who came into town and the Bicycle Film Festival for providing a venue for camaraderie.