Can I just say how much I love NYC? Every week, someone new comes into town. Yesterday Mr. Kevin Sparrow (@cogmag_kevin ) from Cog came into town with his family. He set a day aside to play in Brooklyn with me and we had a really great time riding around, seeing shops and drinking beer. I met up with Kevin at the Outlier Showroom. Coincidentally, Yuki from Chari & Co was there as well. Here’s Kevin inspecting Yjui’s Zunow, which merits it’s own post. Here’s Tyler examining a Nari/Furi jacket. Yuki was showing the head guy from Nari/Furi around the hood and he swung by to exchange some threads. 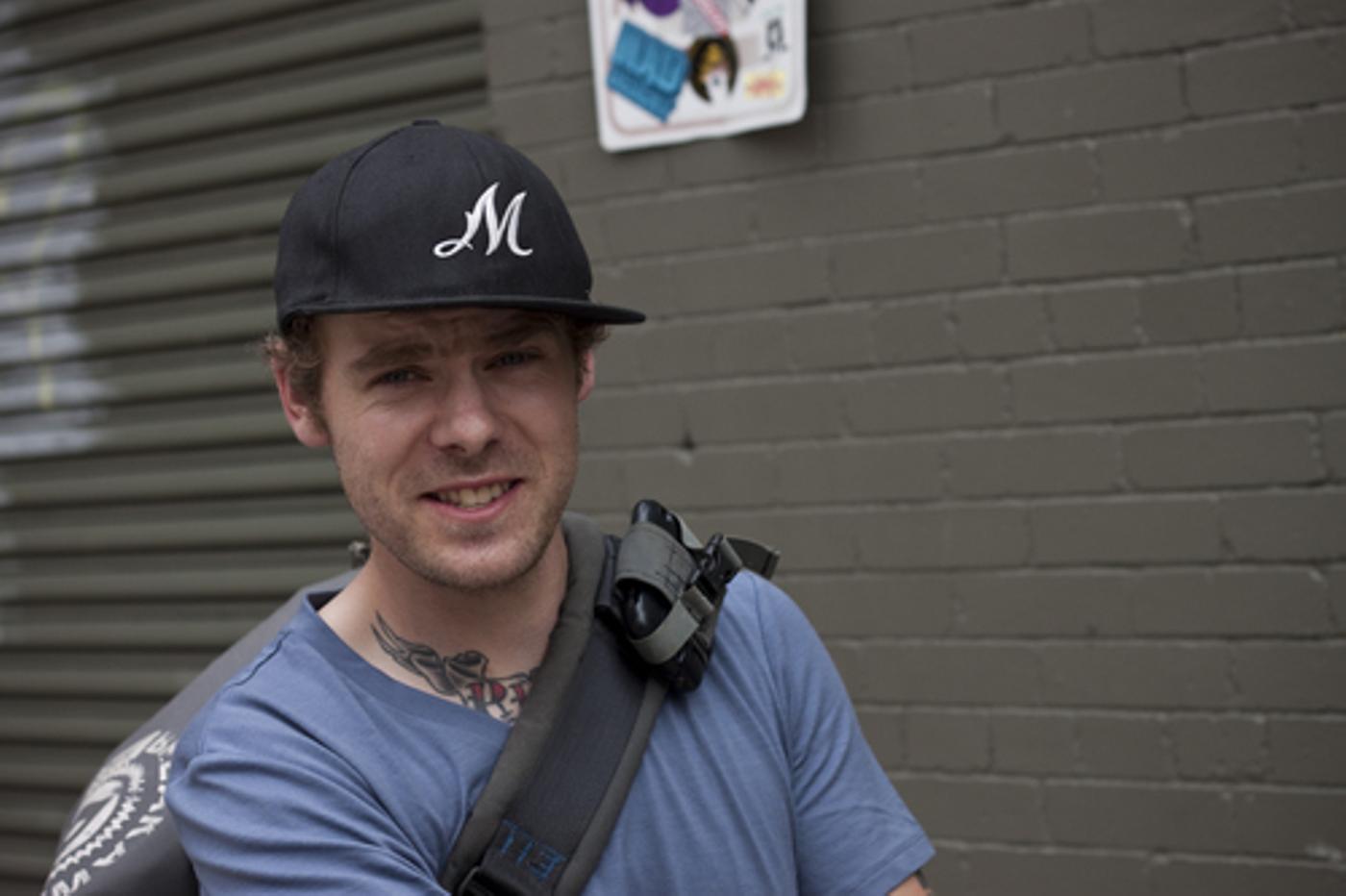 Mr. Kevin Sparrow, hungry and thirsty for a beverage. So we hit up the Endless Summer taco truck for sustenance. … and headed into the park. Where we chatted about cycling, life and everything in between. Here’s his Benotto track bike. It’s actually a Benotto rear, a Ellis Cycles front and a Vanilla fork. His S&S couplers compliment the beautiful powdercoat. This bike has been around the world and back. The theme of the day was R&R. Kevin was in town to chill and hang out, so we did exactly that. At the end of his free time, we rolled over to Bushwick Country Club and Kevin showed me his Prolly is not Probably iPhone app. It’s a prototype… ;-)

Thanks to Kevin for hanging out!

As always, check out a few more photos on my Flickr.