After spending the night pulling together all my spare parts for the NY Bike Jumble, I woke up first thing this morning and headed down to the Old Stone House. It was a really beautiful day and when I rolled up the scene, there were already dozens of tables set up. 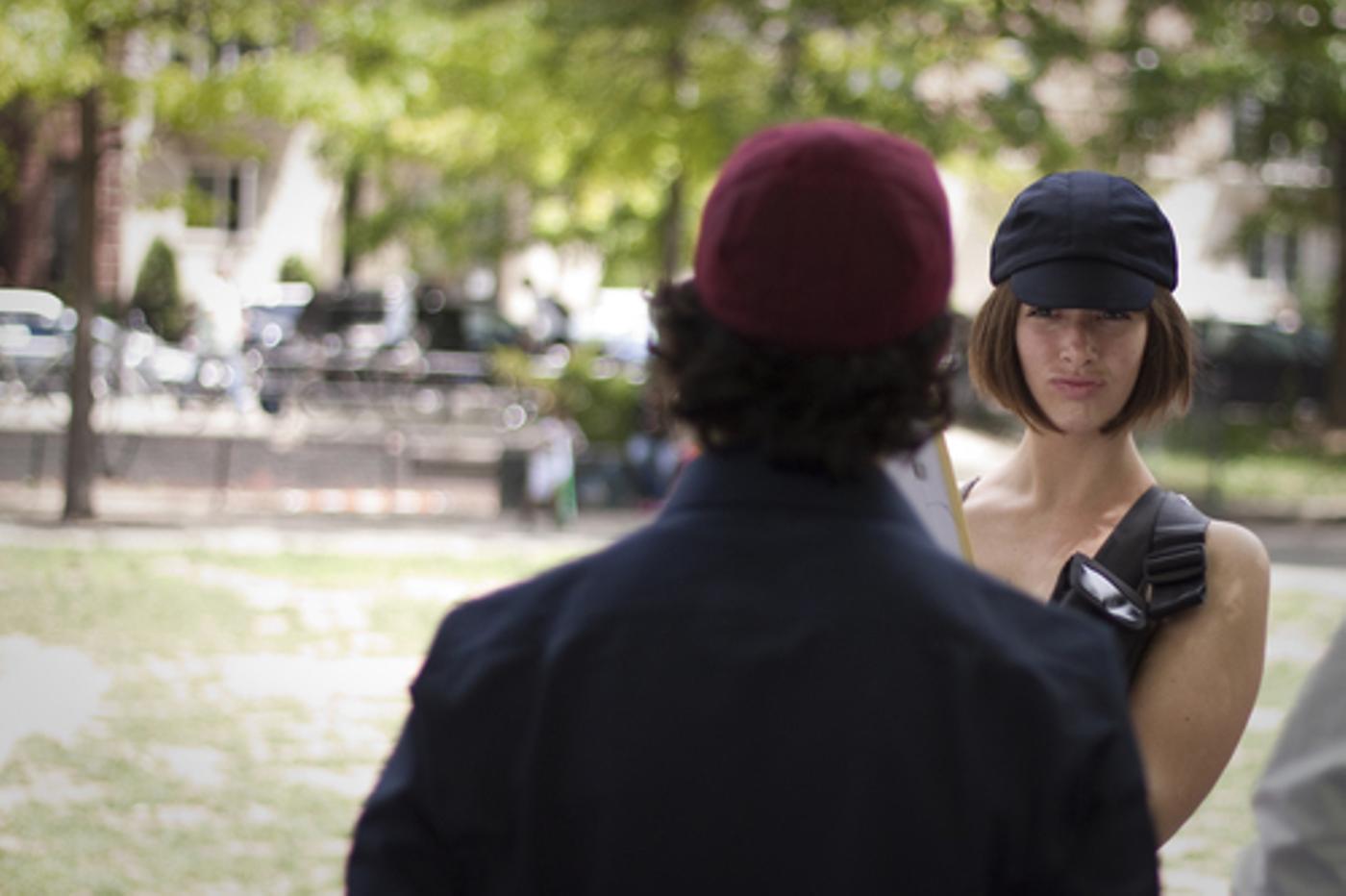 I set my booth up right behind Outlier‘s and almost immediately, my parts were getting picked up, one by one. Before I knew it, almost all of my big-dollar items were gone, within 20 minutes of getting there! It all happened so fast that I didn’t even get a chance to photograph my area. After waiting around for more sales, I pulled the camera out and started shooting photos. For a while, It was quite entertaining watching people try on Outlier’s Waxed Cotton Cycling caps. A lot of the people from the NYC Fixed boards showed up on their Sunday rides. Here’s Alan’s GT. Made by Yamaguchi with True Temper for Team USA. 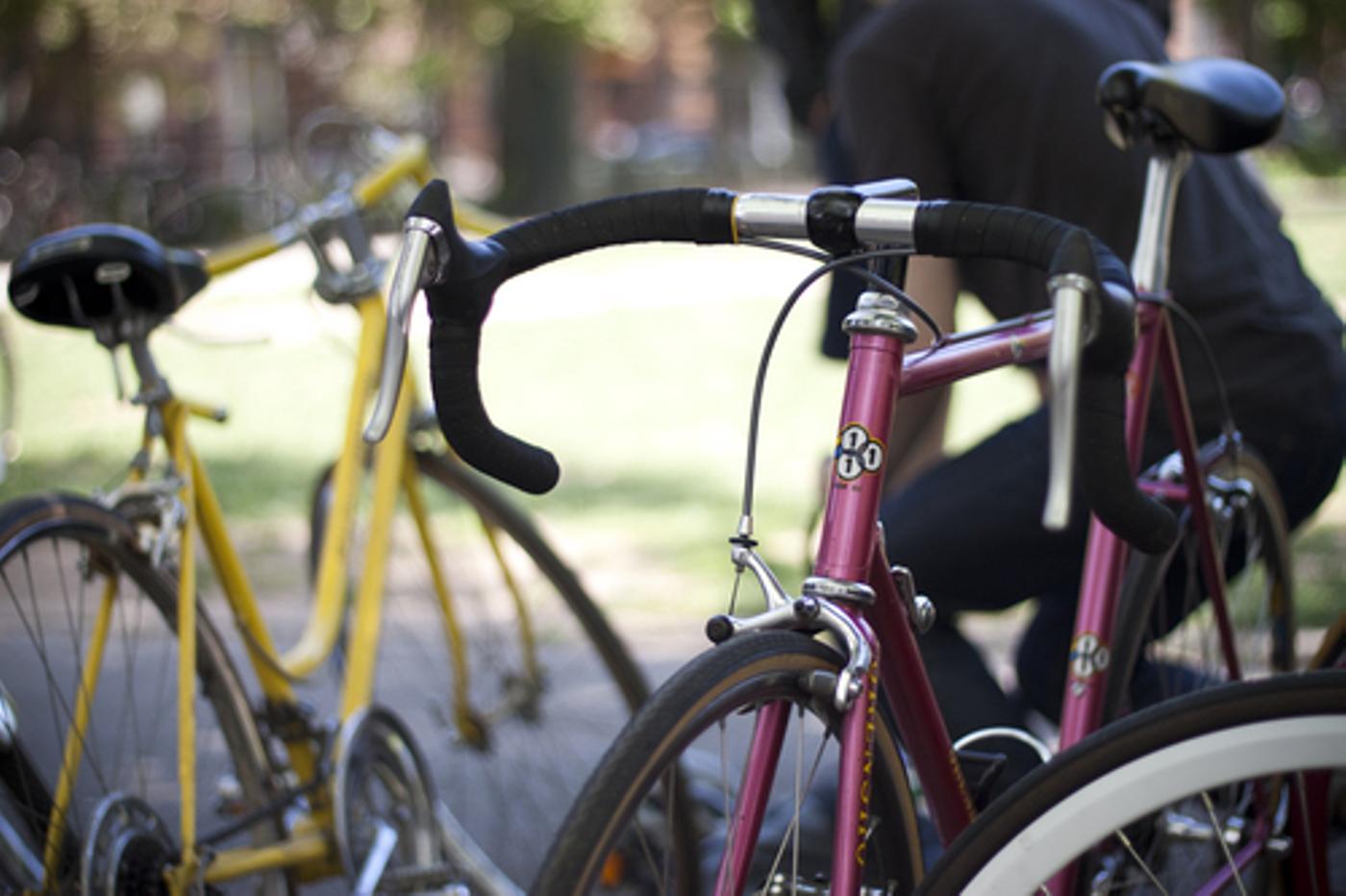 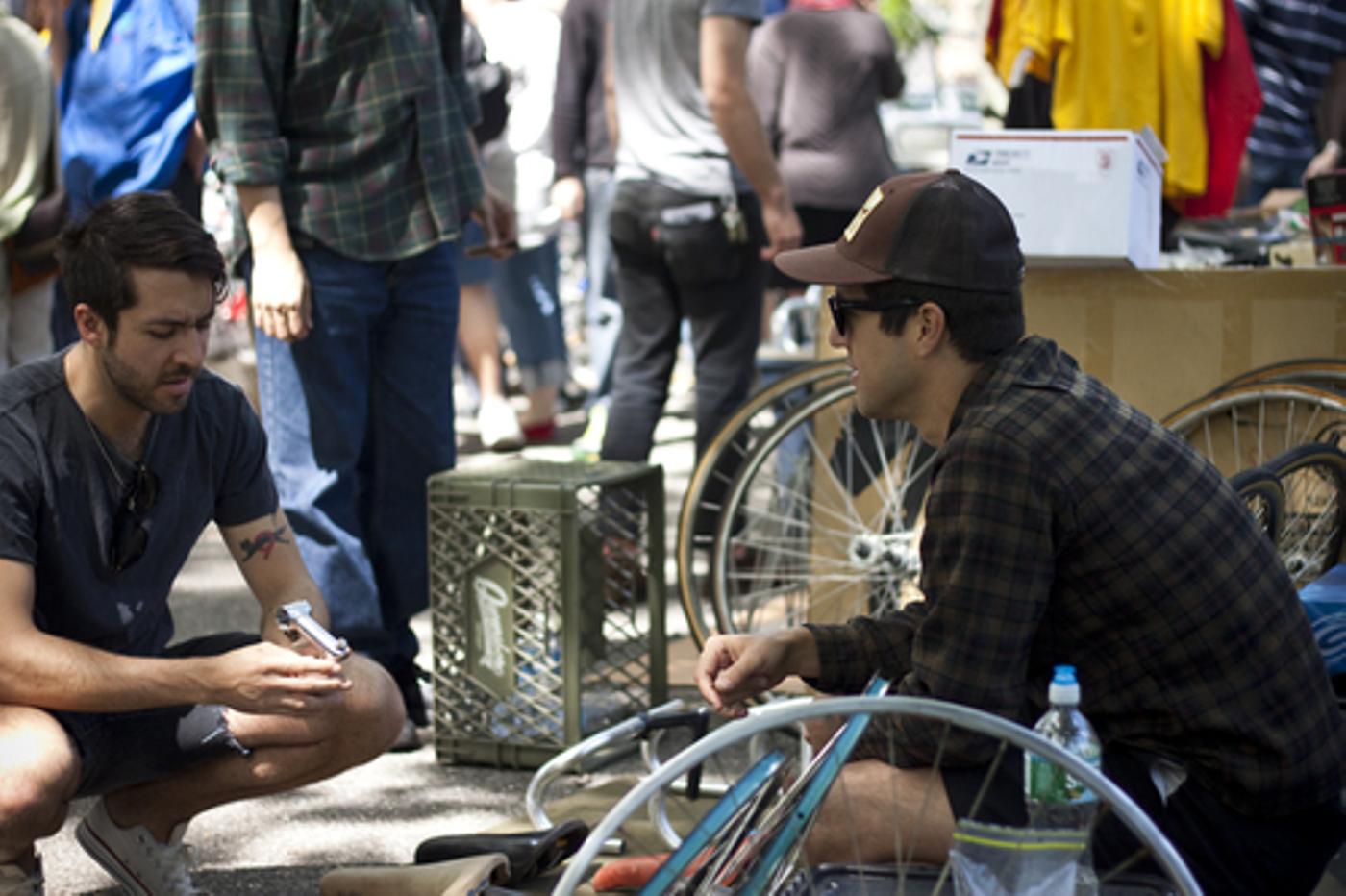 The name of the game was haggling all day. A price difference of $5 sometimes won you a sale. 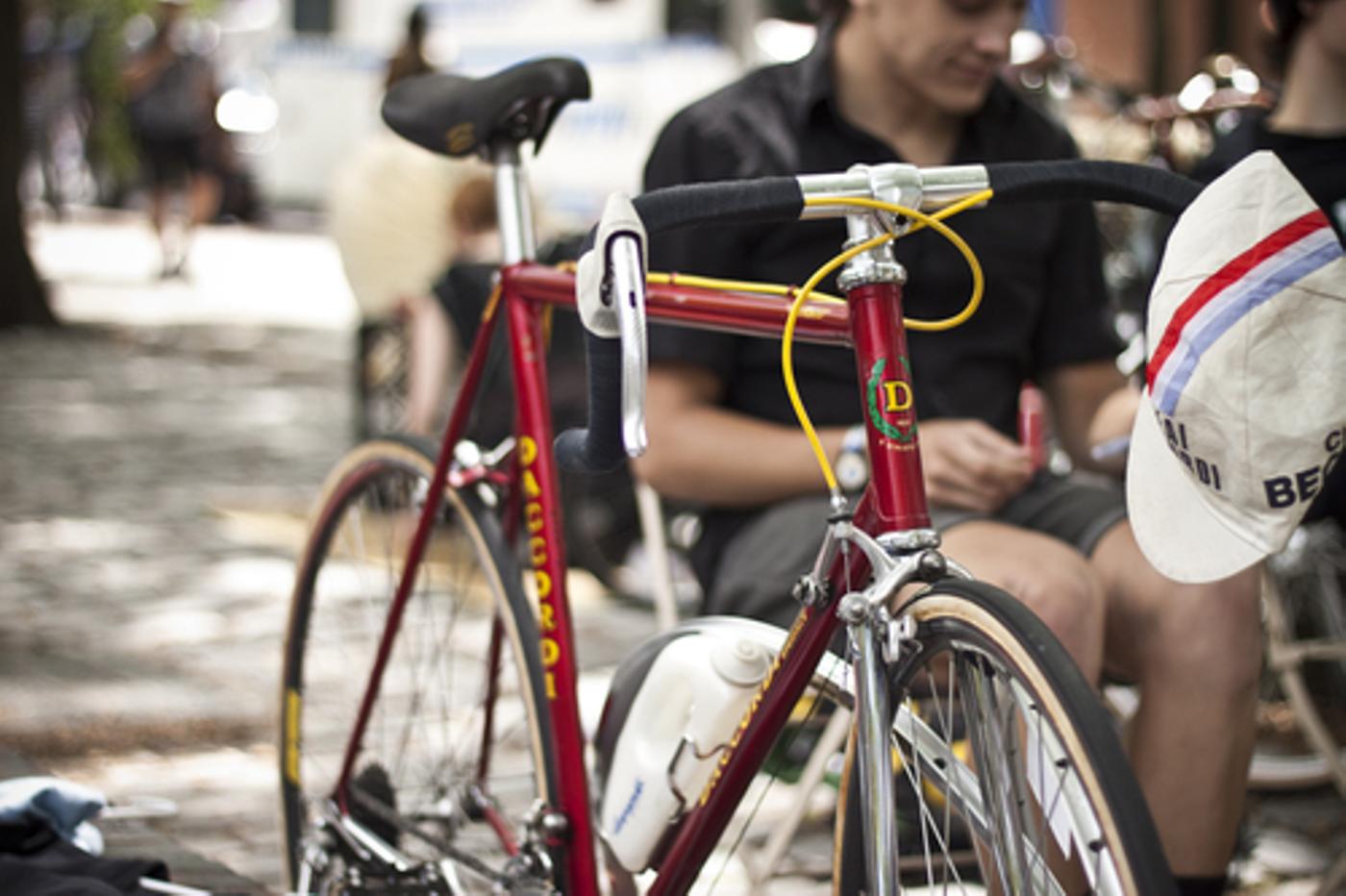 Some sales were already low and they still sat there all day without a buyer. This Daccordi was begging for a ride! 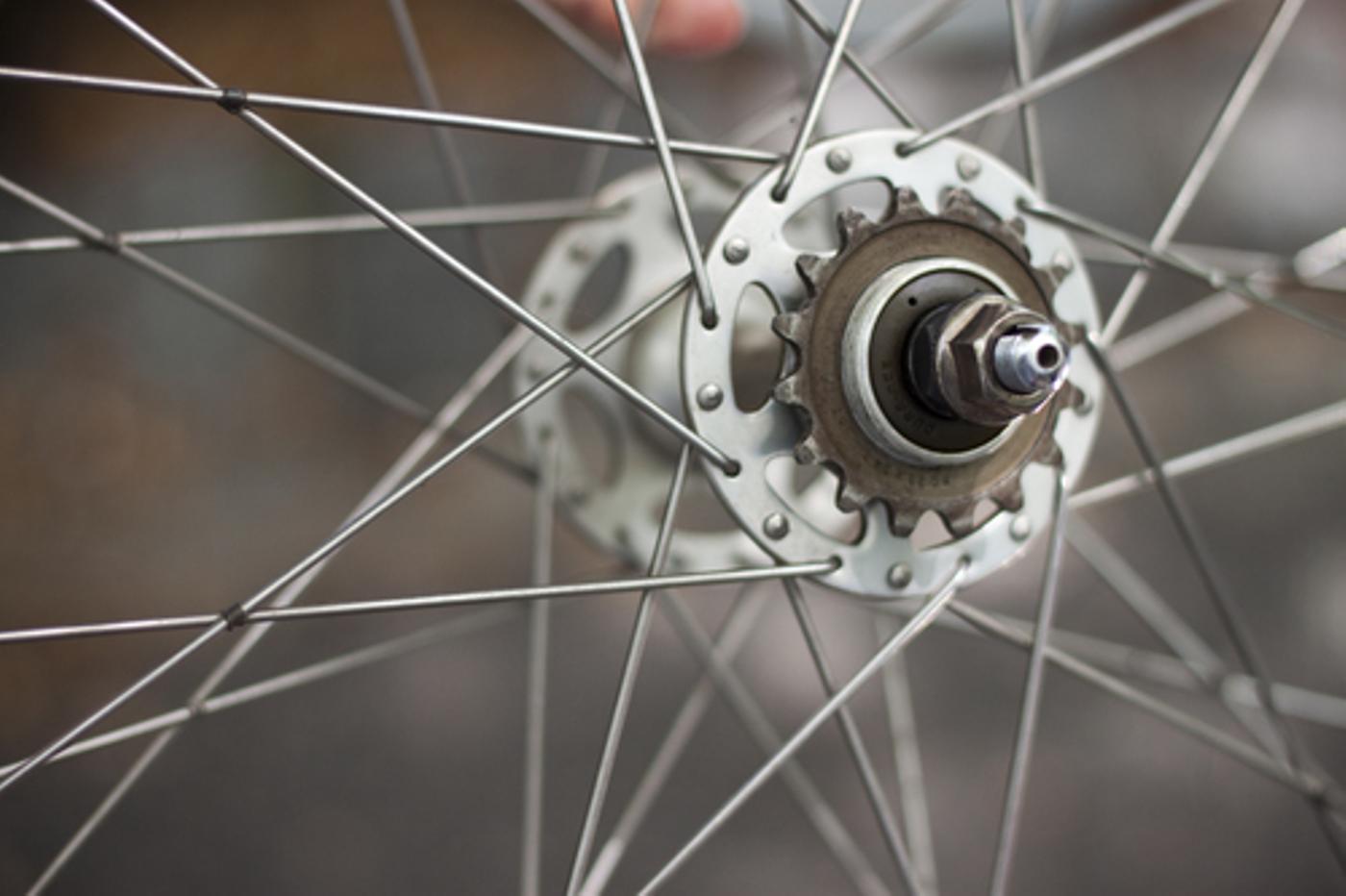 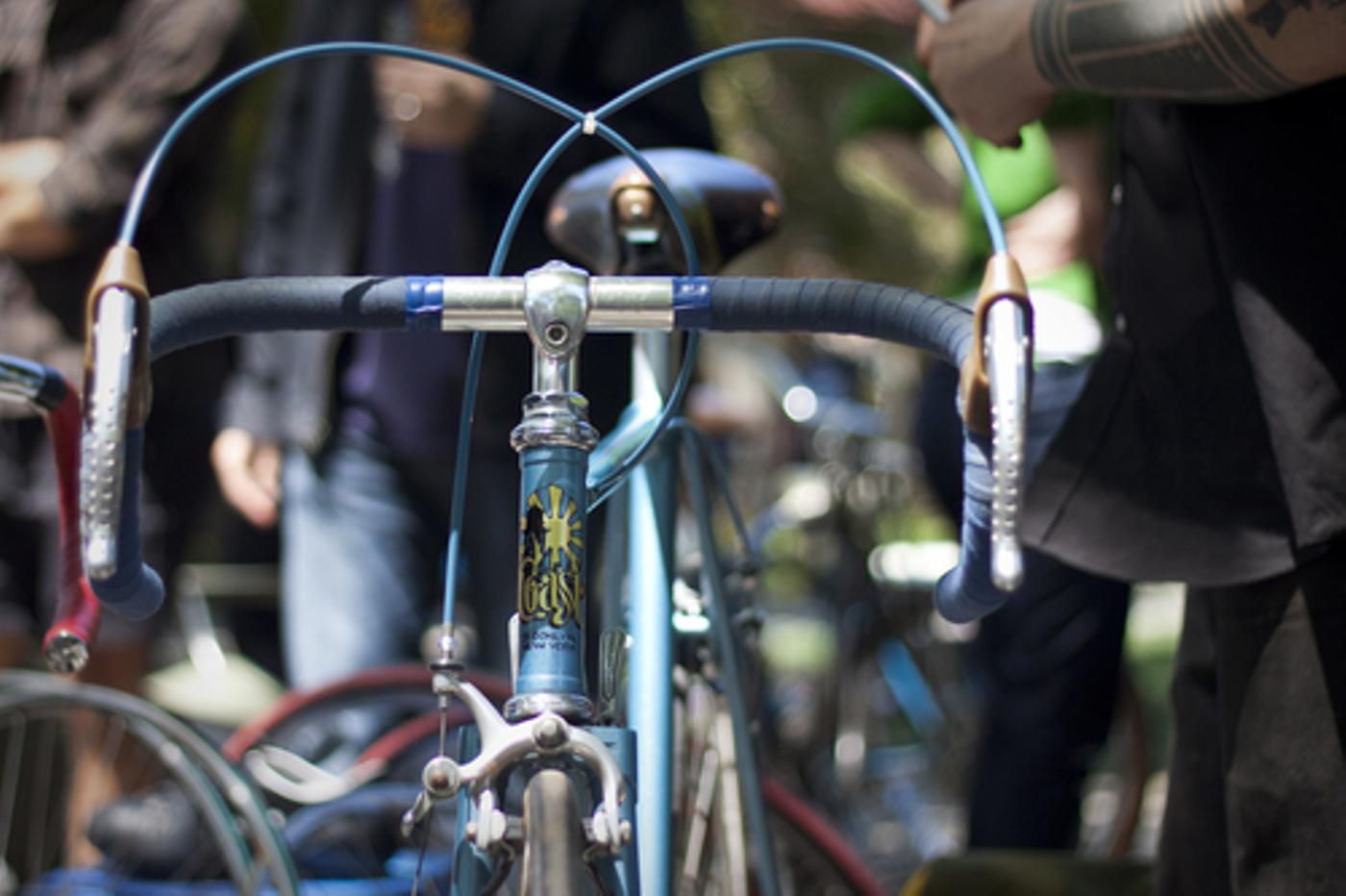 Johnny Coast was selling this custom half-lugged (shhhwing!) road bike complete. He’s still selling it, so if you’re interested, you know what to do! 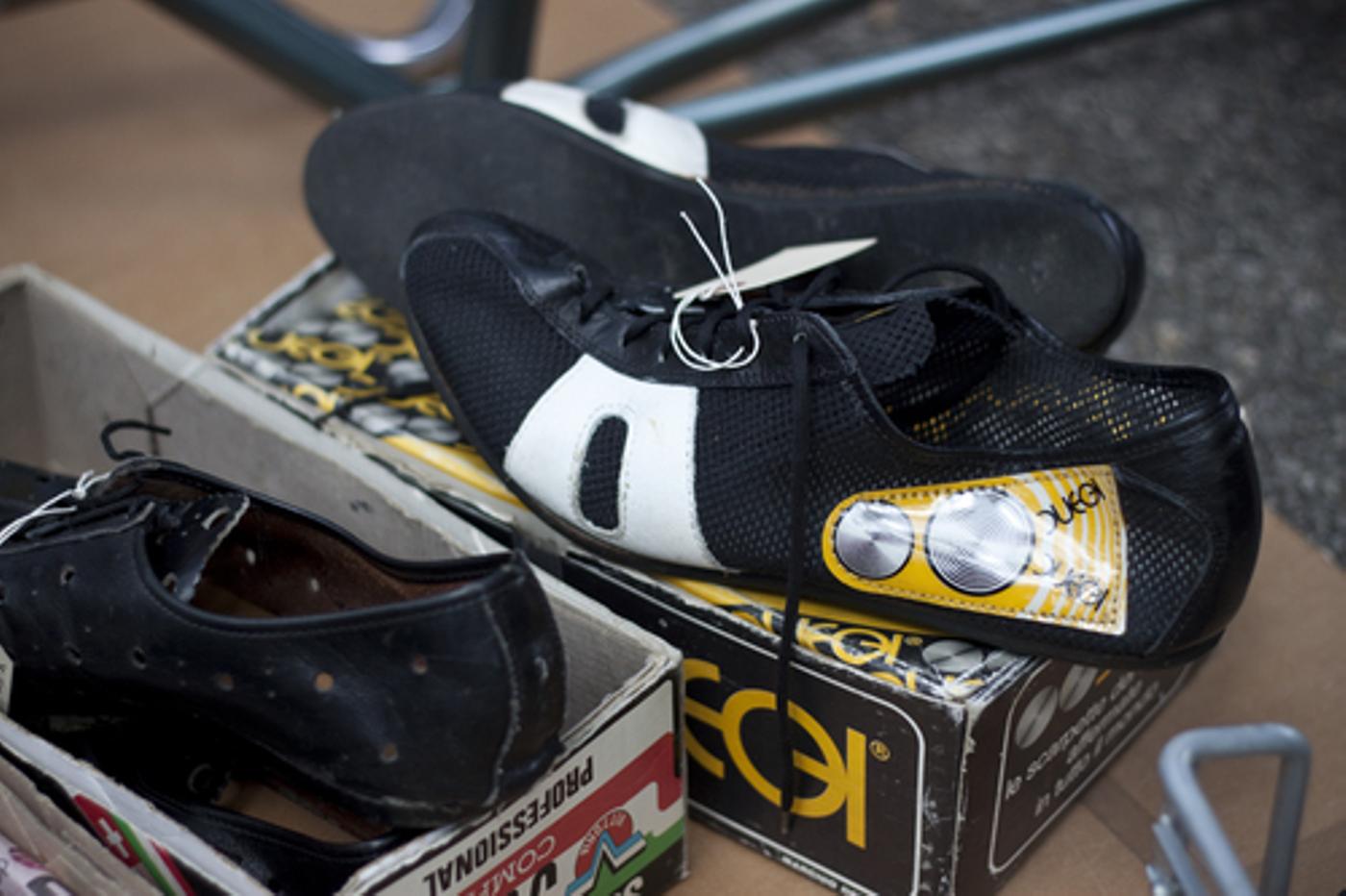 You’d walk by a booth a dozen times and each time you’d see something new. 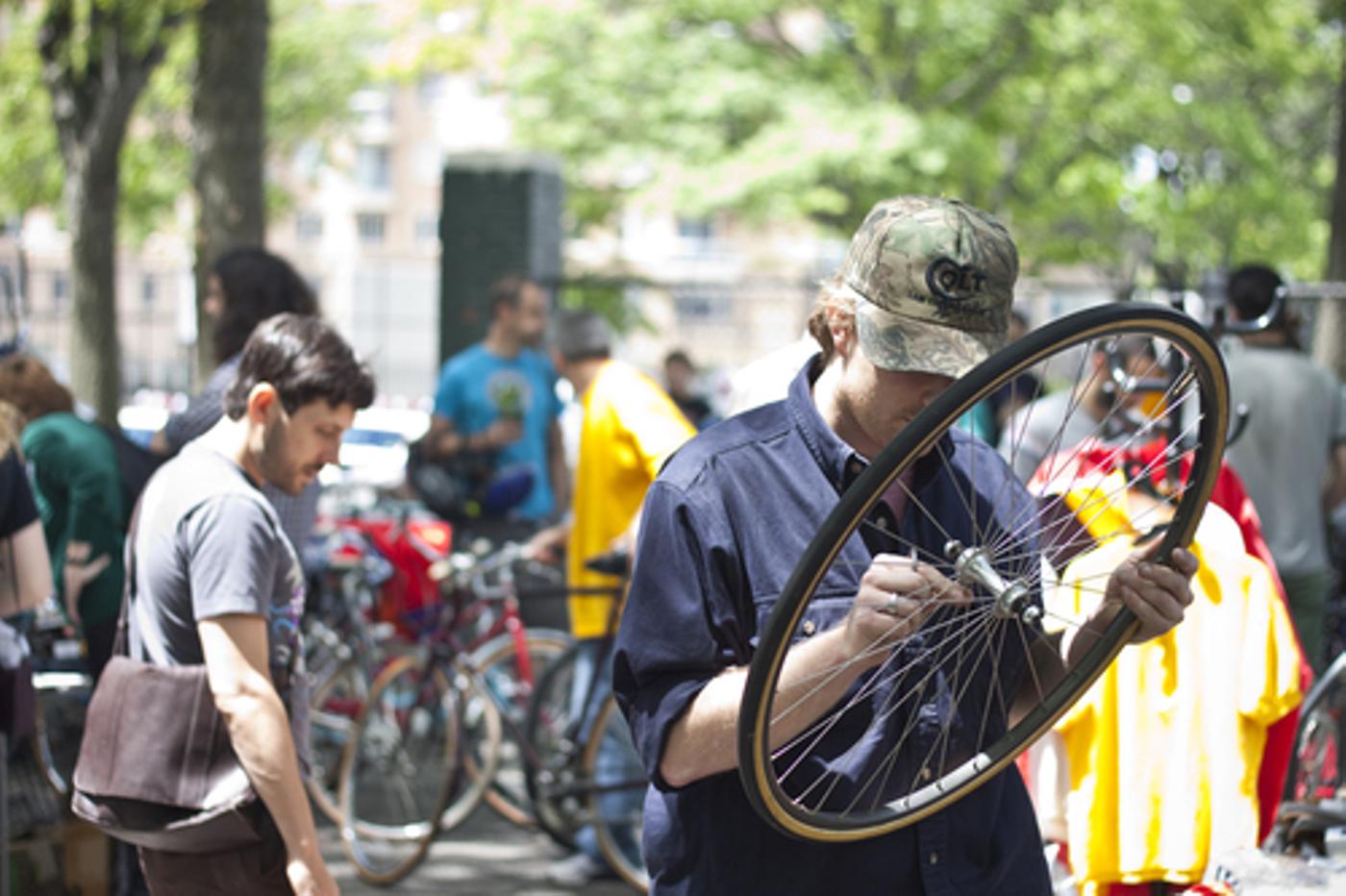 Every where you looked, someone was checking out a part and feeling the weight of their wallets. I ended up selling just about everything I brought and walking away with a good amount of money. It was my first time selling at a swap and I don’t know why I didn’t do it earlier. Many thanks to everyone at the NY Bike Jumble for another successful event. There are a few more photos over at my Flickr, so checkem out!