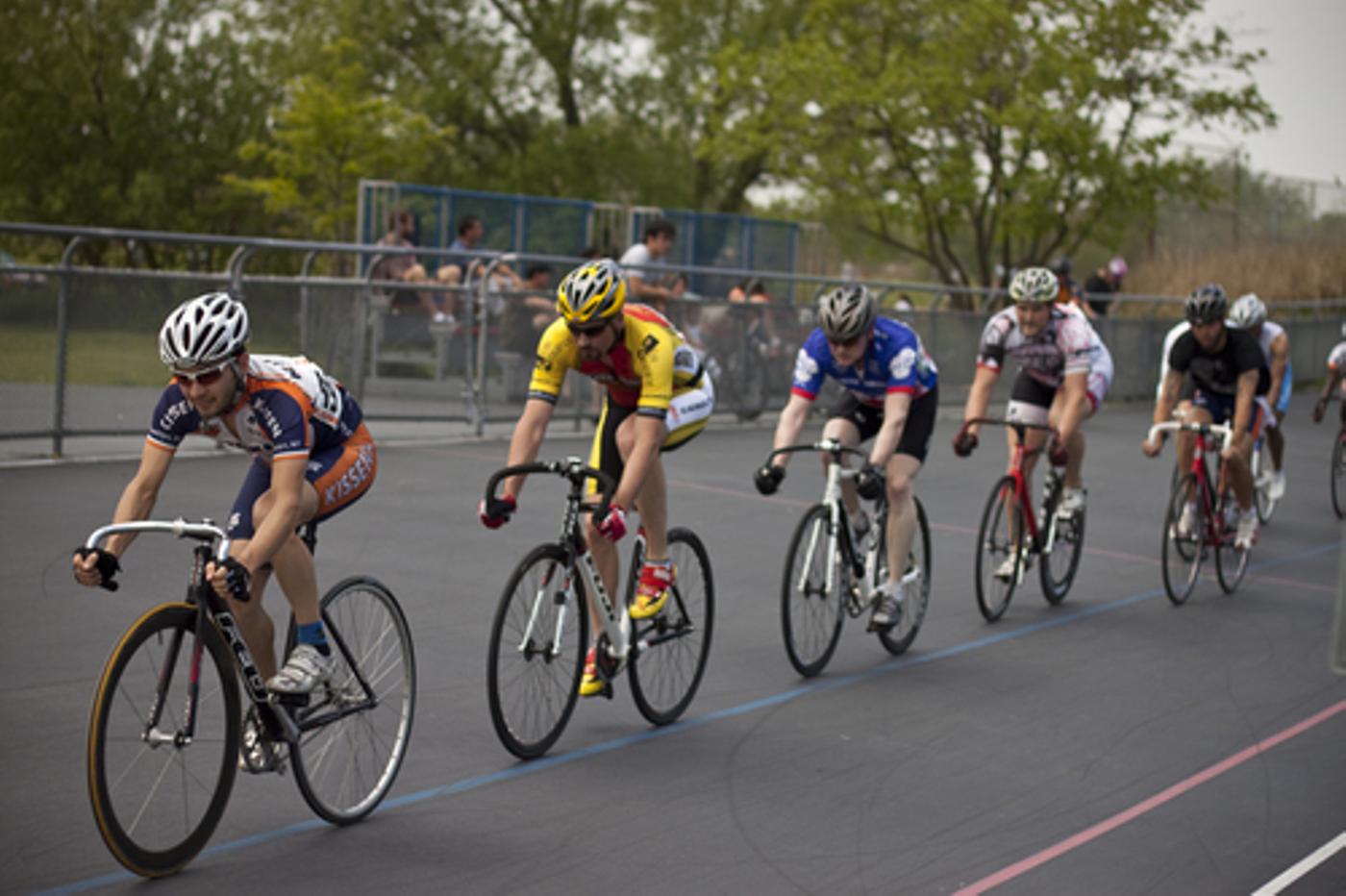 This weekend was the opener at Kissena Velodrome here in NYC. Two days, 6 events and 6 fields brought all of NYC’s track racers out to suffer in the 90° weather. It was my first licensed day on the track and I was nervous to say the least. Saturday I forgot my battery to my camera, so unfortunately, my coverage will be slim from the first day of the Omnium but I took a ton of photos on Sunday. It was hot yesterday. Almost too hot. With the blaring sun and temperatures reaching over 90°, it was a battle to fight dehydration, exhaustion and on top of that, fierce competition. People did everything they could to keep cool and warmed up at the same time. Here’s Luke, hitting the trainer. Some of the heavy-hitters were back this season, including Andrew LaCorte, rocking the stars and stripes from his victory at the US Masters Nationals. As I said, everyone was trying to keep cool! The day went off smoothly. Kissena’s staff kept all the races moving promptly and what could have been an even longer day, went by quickly. The Kissena team was out in full colors. Here’s Mattio and Al preparing for their Miss and Out final for the A group. Along with the Kissena team, the Affinity team was out in numbers. Here the heavy-hitters focused on the last event of the day. The women’s Miss and Out in the mix! At the end of the day, everyone was beat. A lot of people surpassed their expectations. Records were broke, team-mates were united and a solid two-days of racing were over. I won the Cat5 Omnium, walking away with my first sanctioned medal and a insatiable appetite.

For now, check out more photos at my Flickr.