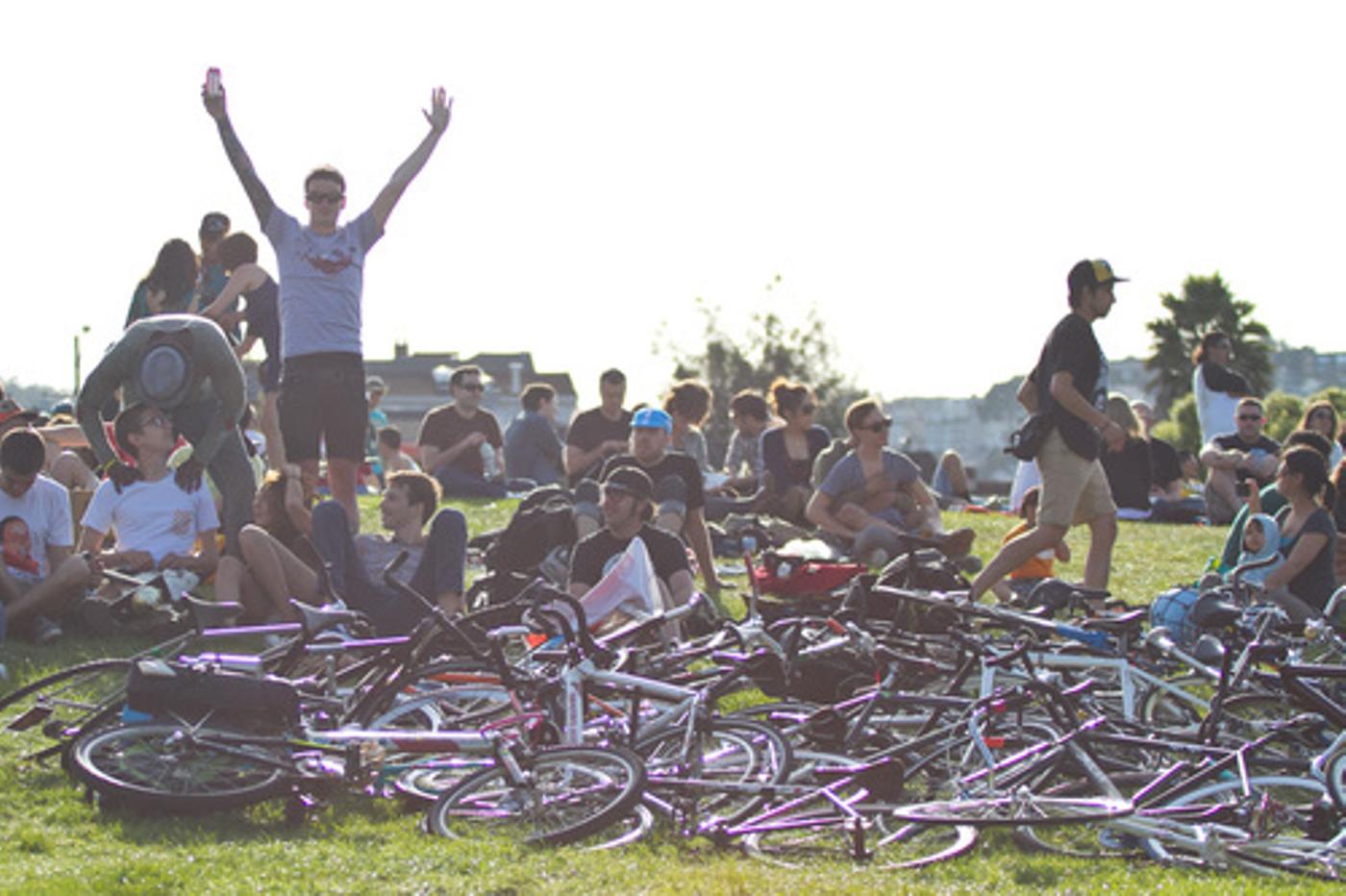 After all the madness that ensued at the Mash events, a crew of us decided to motivate ourselves to go lamp around in Dolores Park for the remainder of the afternoon. It was the first time I’d been to the park during the day (we were there at 4am the night before – I don’t remember much) and I gotta say, it was something else! Here’s Marc directing all bicycle traffic to the hang out spot. 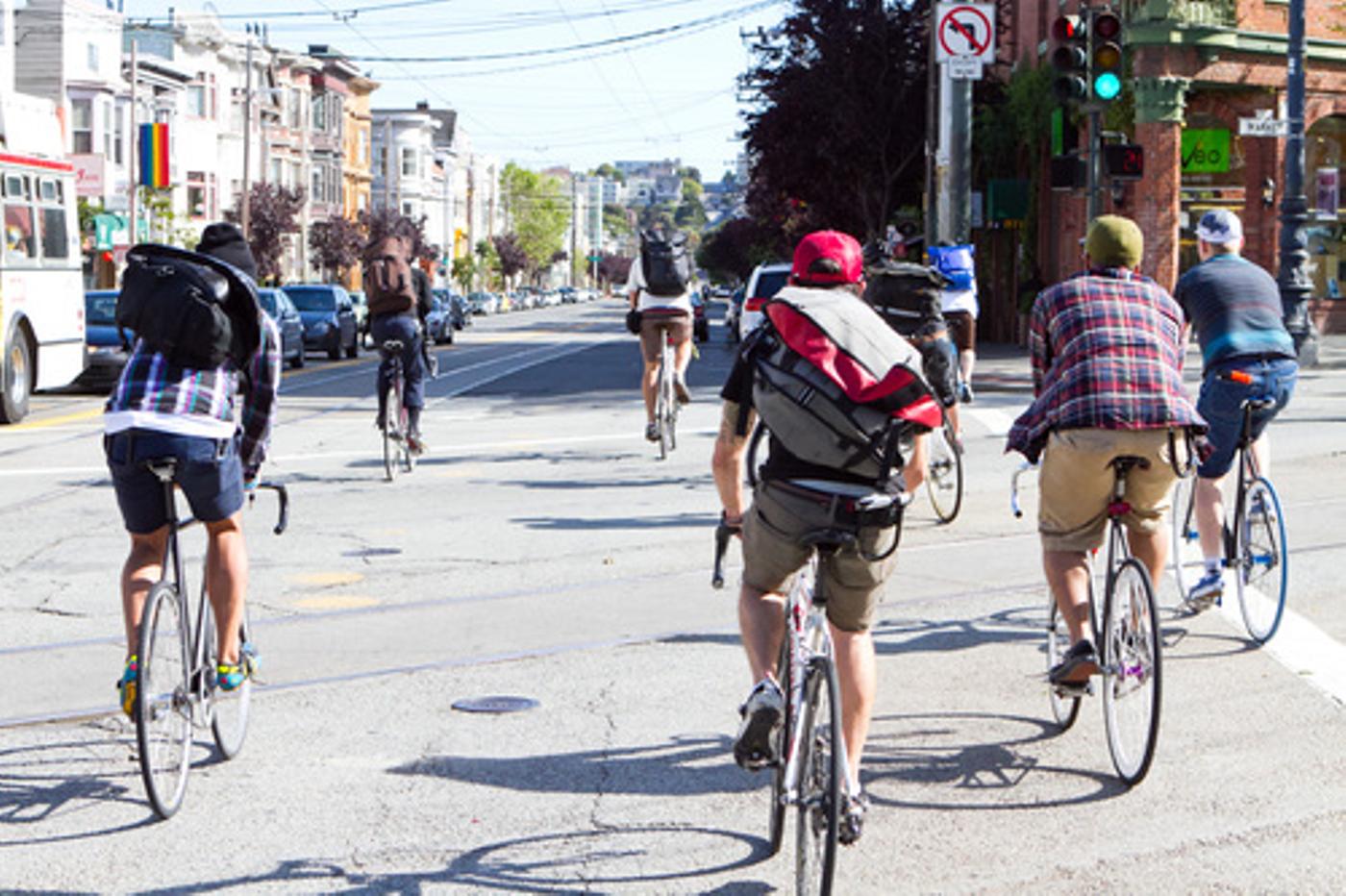 Riding through the streets of SF with a big group of people is awesome. Cars don’t honk at you and if they do, it’s to wave and ask for your autograph. 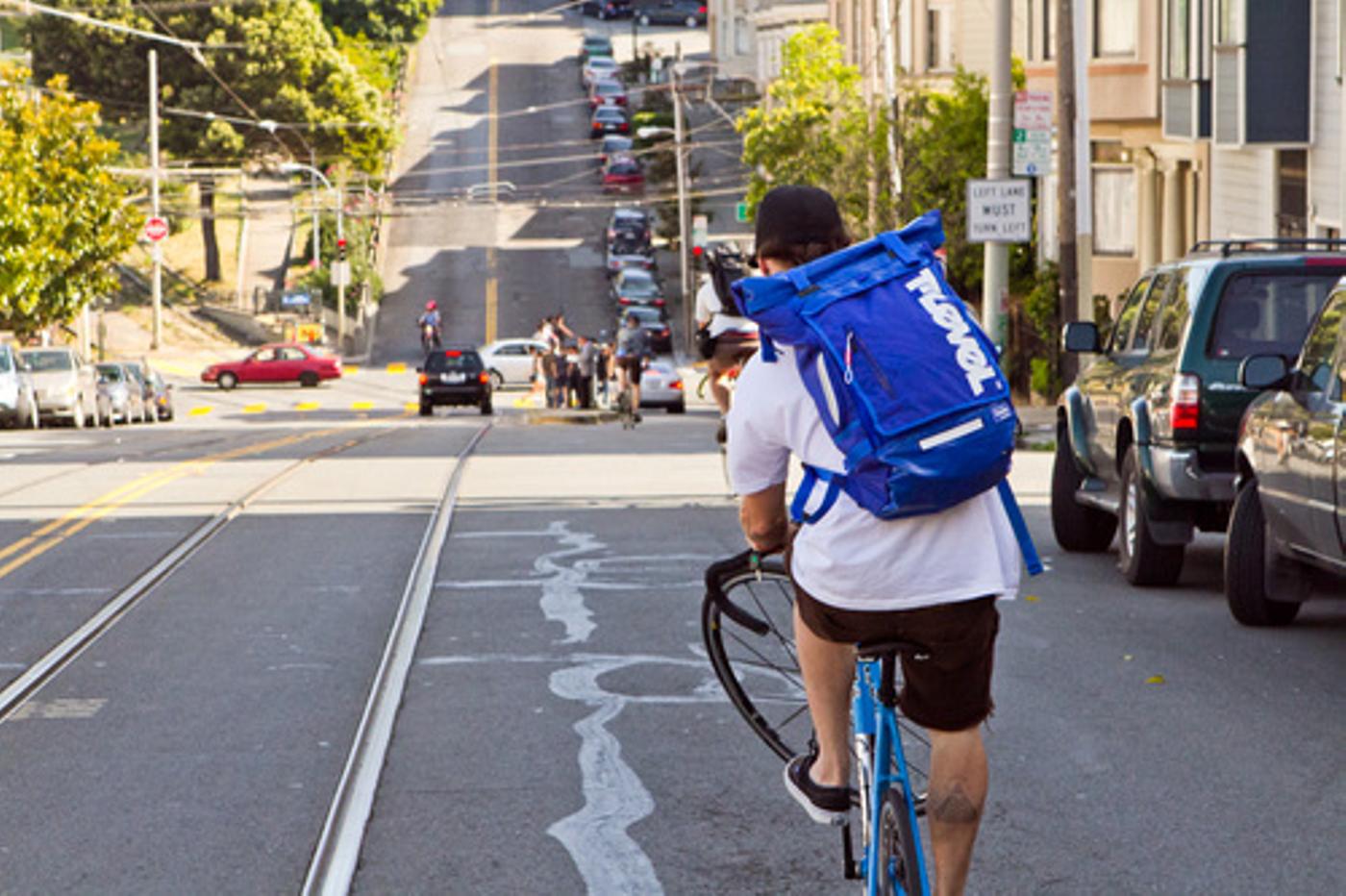 Here’s Jason blasting a wheelie down the hill into the park. I think this dude spends more time on his rear wheel than anyone else. Bikes in SF are sticker magnets. And kites in the park are babe magnets. This girl doesn’t need any more attention than she received that day. Sheesh. After an hour of trying to fly the kite, these dudes got over it and went home. Kevin and Peter from COG Magazine shared some tacos with me. We chatted about working together some more in the future. I love these guys. Much respect! Marc clowning like usual. Dude’s a trip! If you see him on the streets, yell “F I X E D!” at him! As the sun was setting, the crowds receded back into the bars and I think that’s all people do in SF: ride during the day, park it in the afternoon and go to the bars at night. No wonder there are so many hippies there! Check out more photos over on my Flickr!