Yesterday I woke up and went on a much-needed road ride. I overhauled the bike a bit, threw on some clipless pedals and put in about 30 miles or so in the early morning. After riding to Prospect Park and then Central Park, I swung down 2nd Ave and went to a few shops. Really enjoying the new Velo Cult jersey. Thanks again guys! It was so nice out and actually ended up getting a bit of a sun burn. On my ride down 2nd Ave, I swung through NYC Velo. It’d been a while since I saw the shop and I knew they had gotten in a ton of new stock for spring. I didn’t get to have any espresso but any shop with an espresso machine knows what’s up! Afterwards, I went back to Brooklyn and went to Affinity. Here’s Ben, working on a new wheel build for a customer. 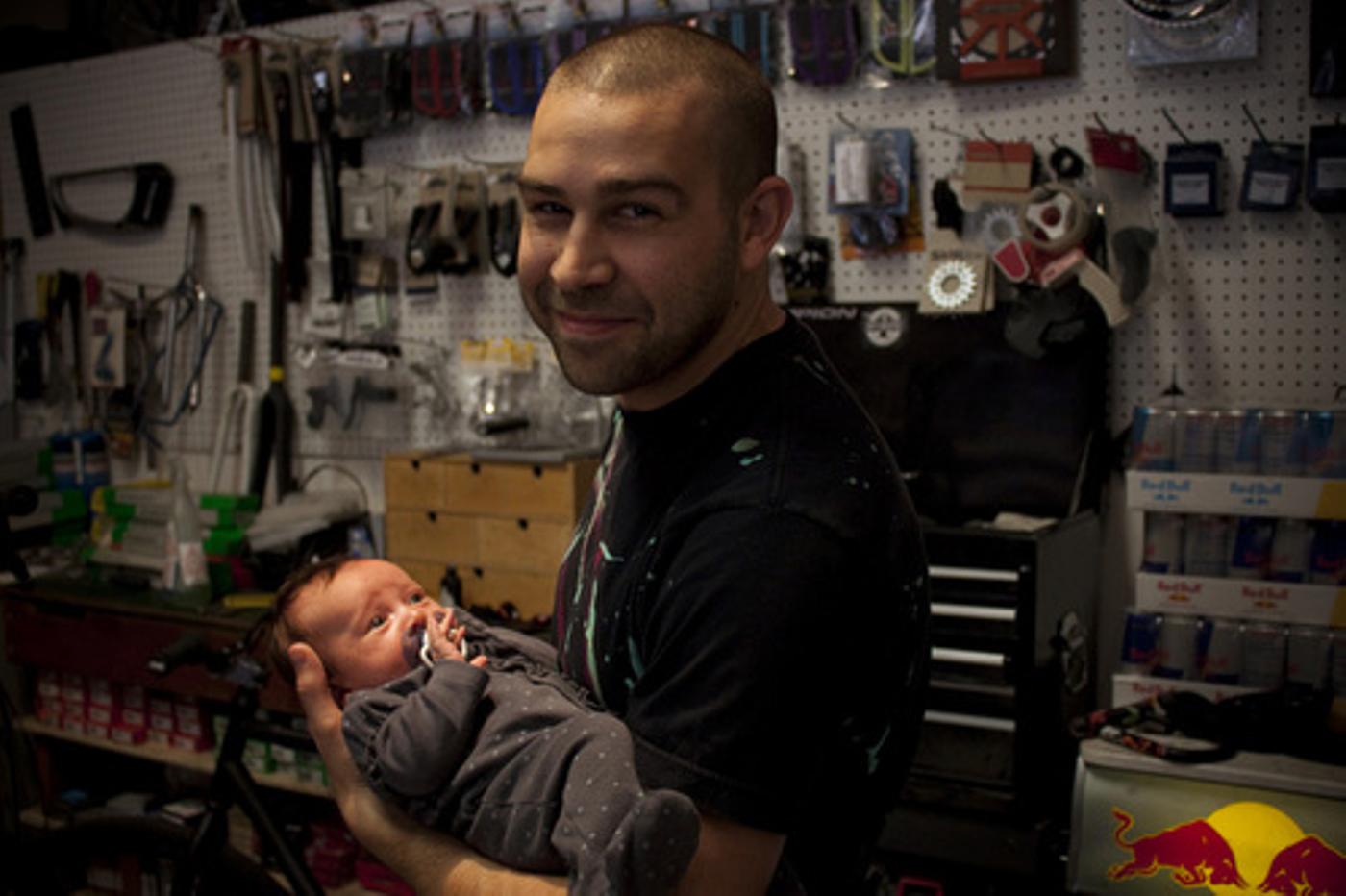 Jason, with his newborn. 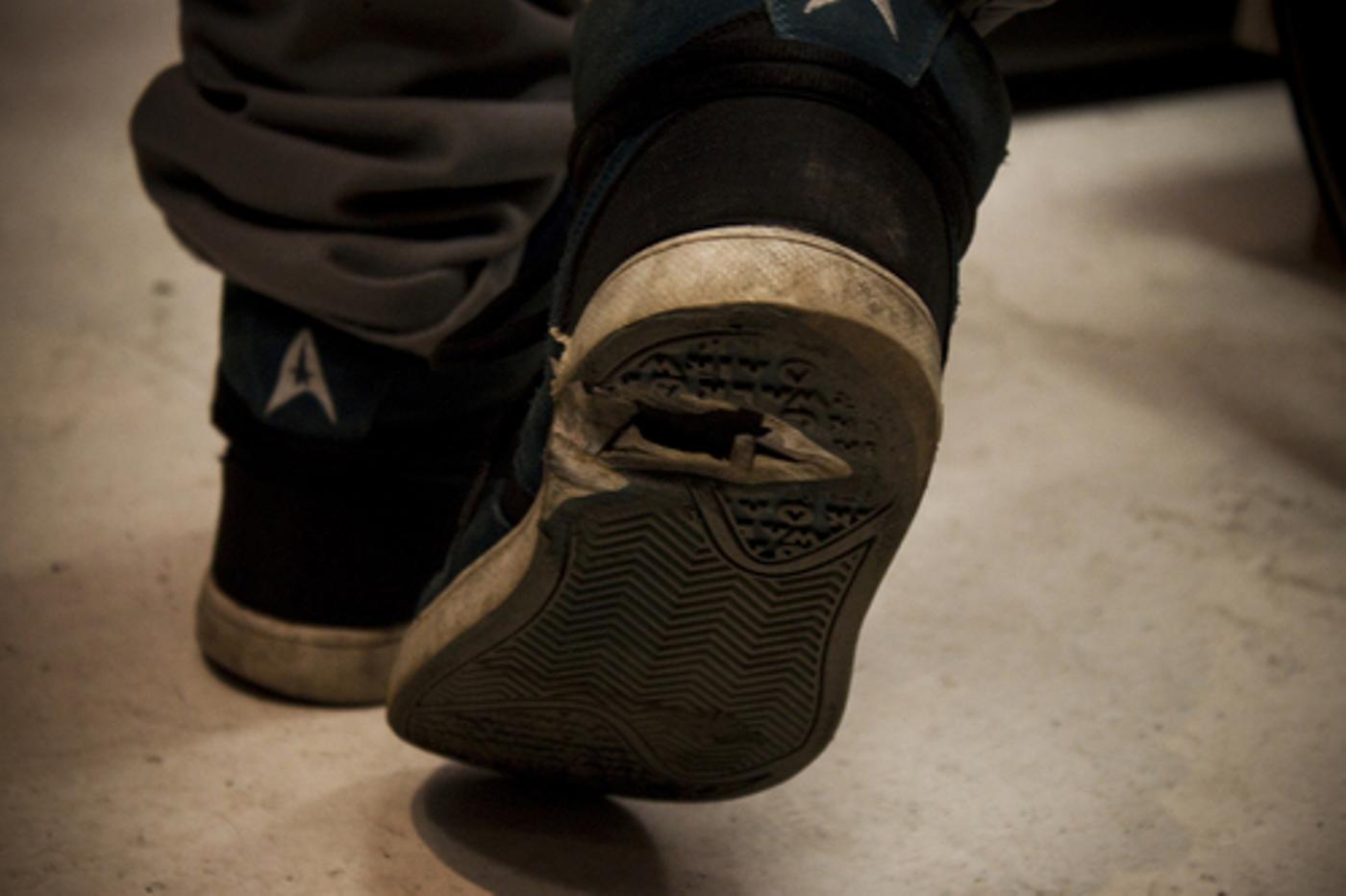 Later on, I went over to the Peel Sessions spot. A ton of dudes were in town from SF. Mostly Macaframa guys and the Swedes are also visiting. It was a massive crowd and I’m pretty surprised the cops didn’t shut it down. Here’s a group of grimies. Around mindnight, we headed over to Bushwick Country Club till the wee hours. I awoke this morning very sore and ready to spend the day back out on the bike. More on that later.