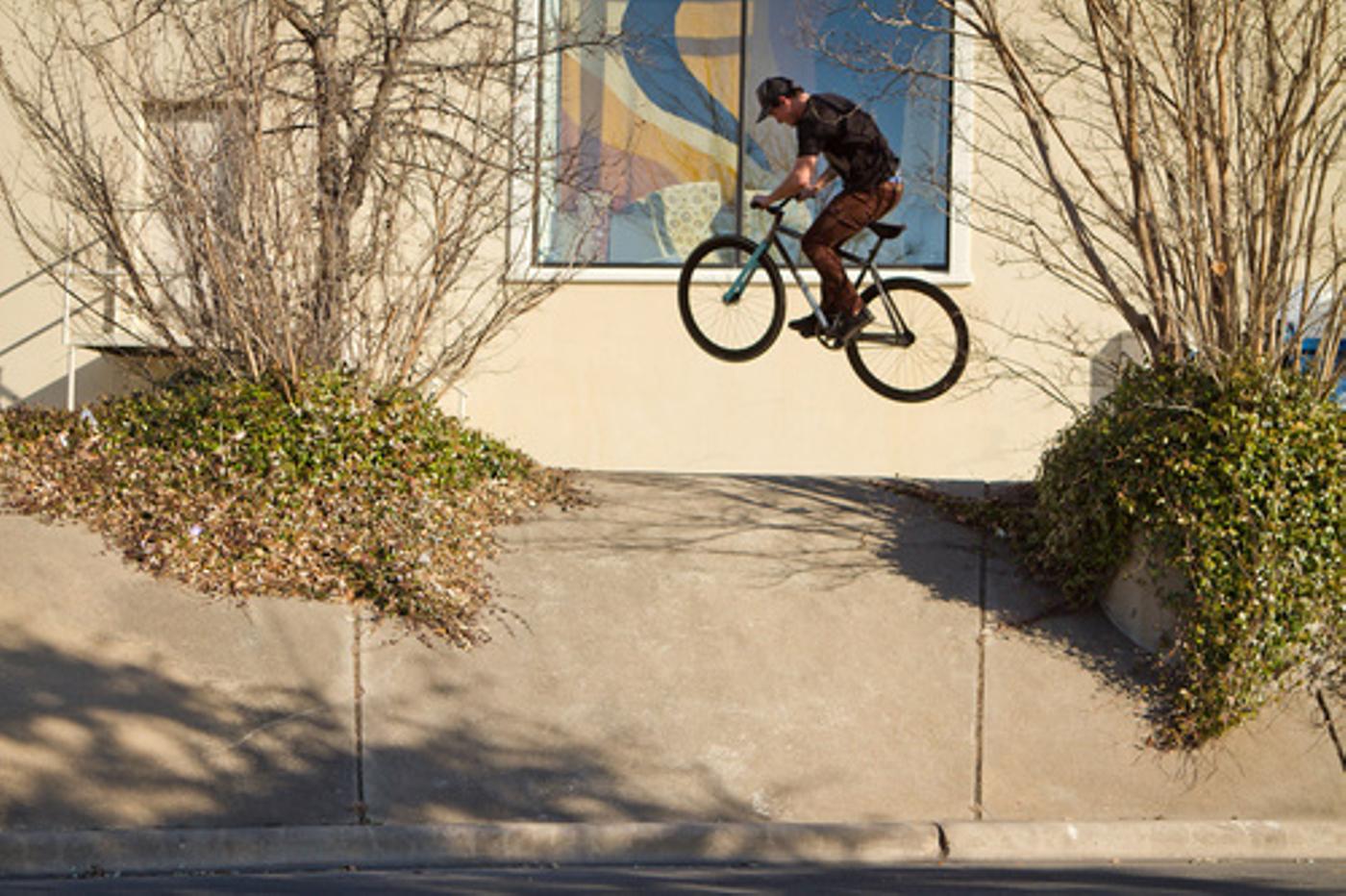 “I’m not making a come-back“. These words came out of Puckett’s mouth last week, along with a ton of other memorable quotes. He may not be making a come-back but he’s into riding fixed freestyle again, as evident here with this 180 flyout. We had a blast yesterday as we searched for some of Austin’s drainage ditches to ride. 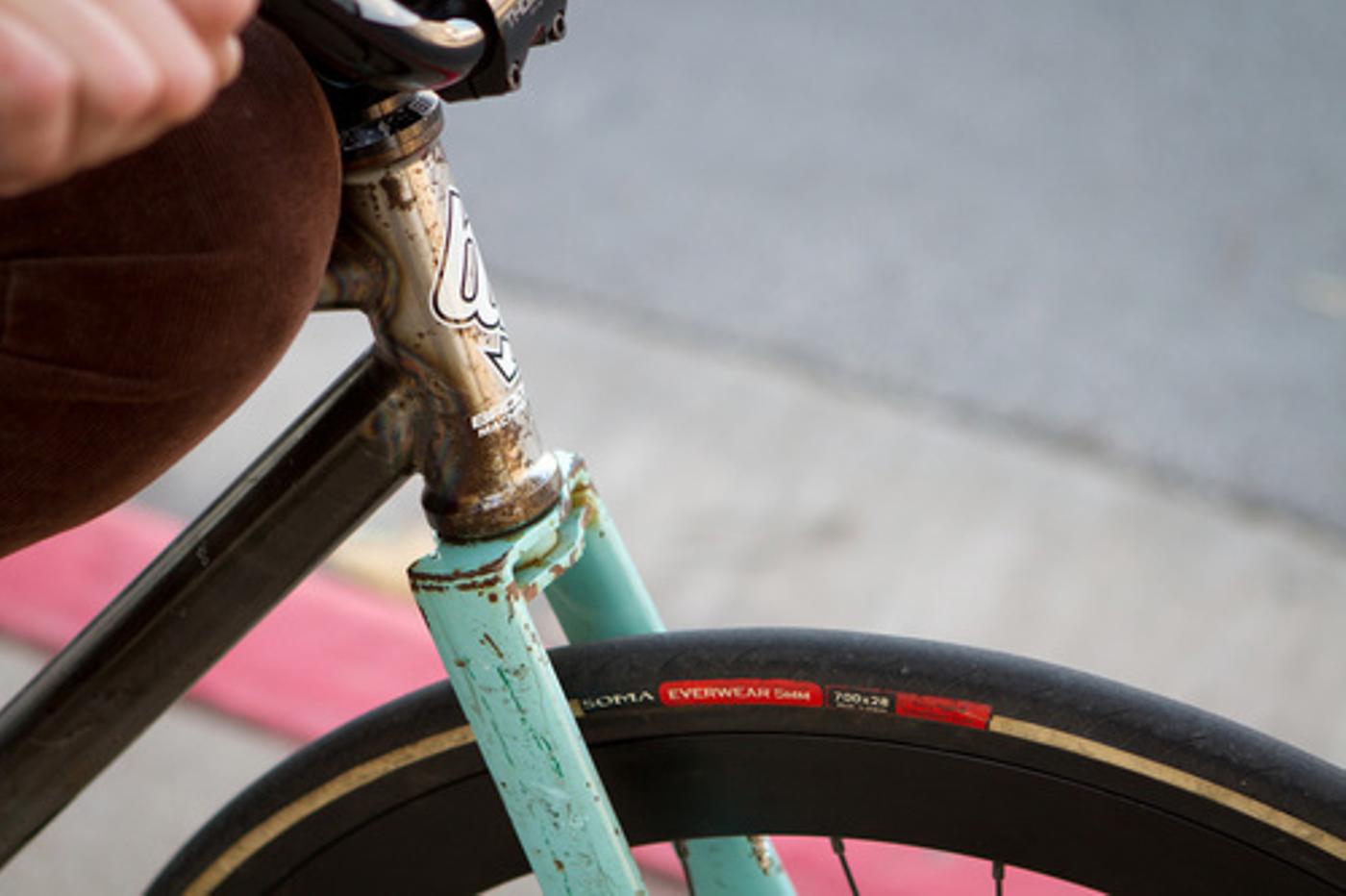 After boosting out of that bank a few times and knowing what the BMW forks were capable of, we decided to leave that spot and search for a ditch to ride. Next up was the so-called Fungus ditch. Jordan Hufnagel had shown Puckett this spot, years ago when he was still living in Austin. You can see how it got its name. If it’s rained at all in the last few weeks, it’s impossible to ride but man does it look fun! We were losing daylight and Eric’s shopping cart broke down so we trekked over to a nearby ditch I had seen on a road ride once. 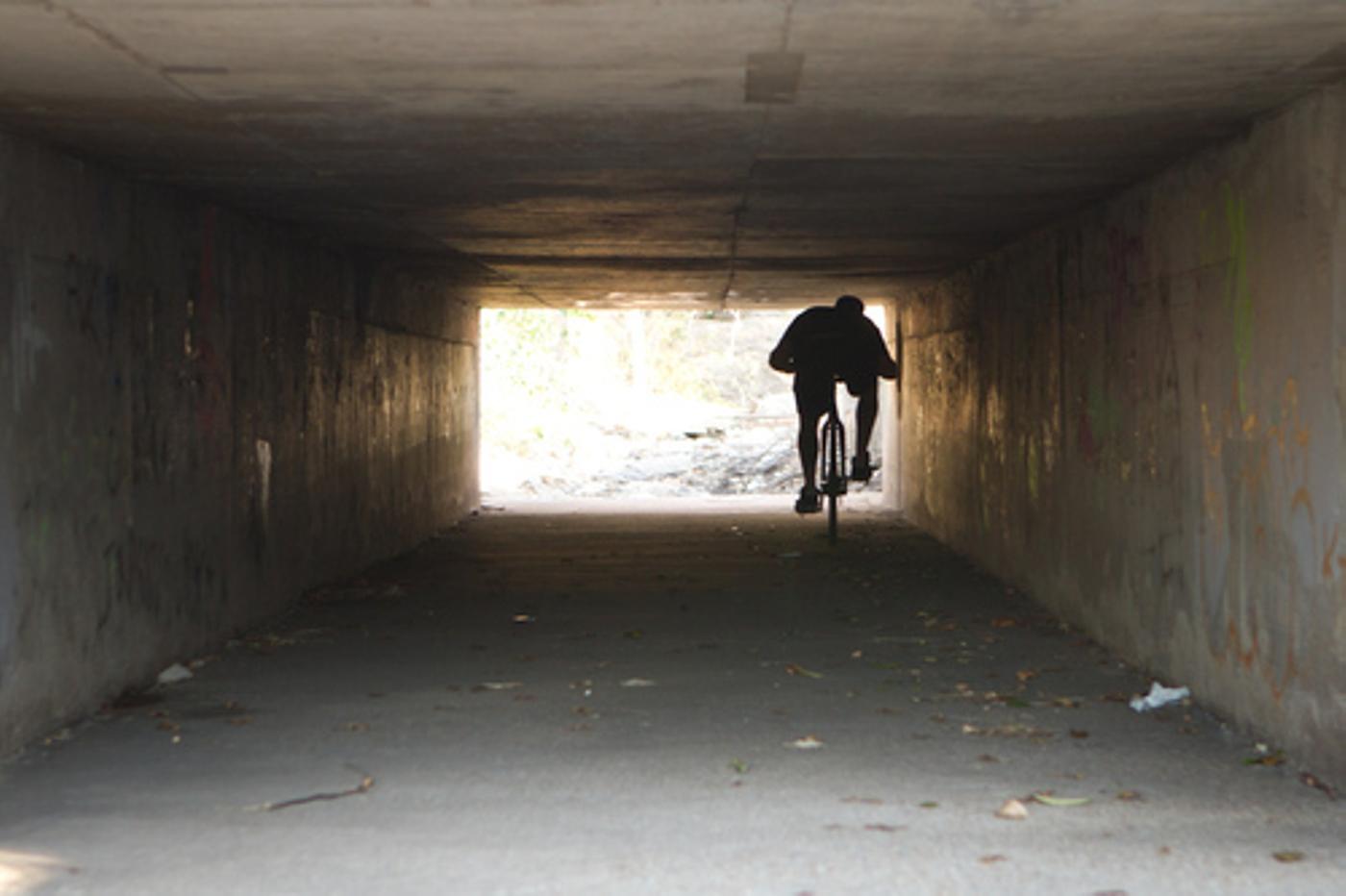 It was your standard ditch, but you had to ride under this tunnel to get enough speed… … to blast out of this bank. I had so much fun here and inside the tunnel was a big tag that said “ELECTRIC HELL”. So since we don’t have a name for this ditch, it’s now called Electric Hell. 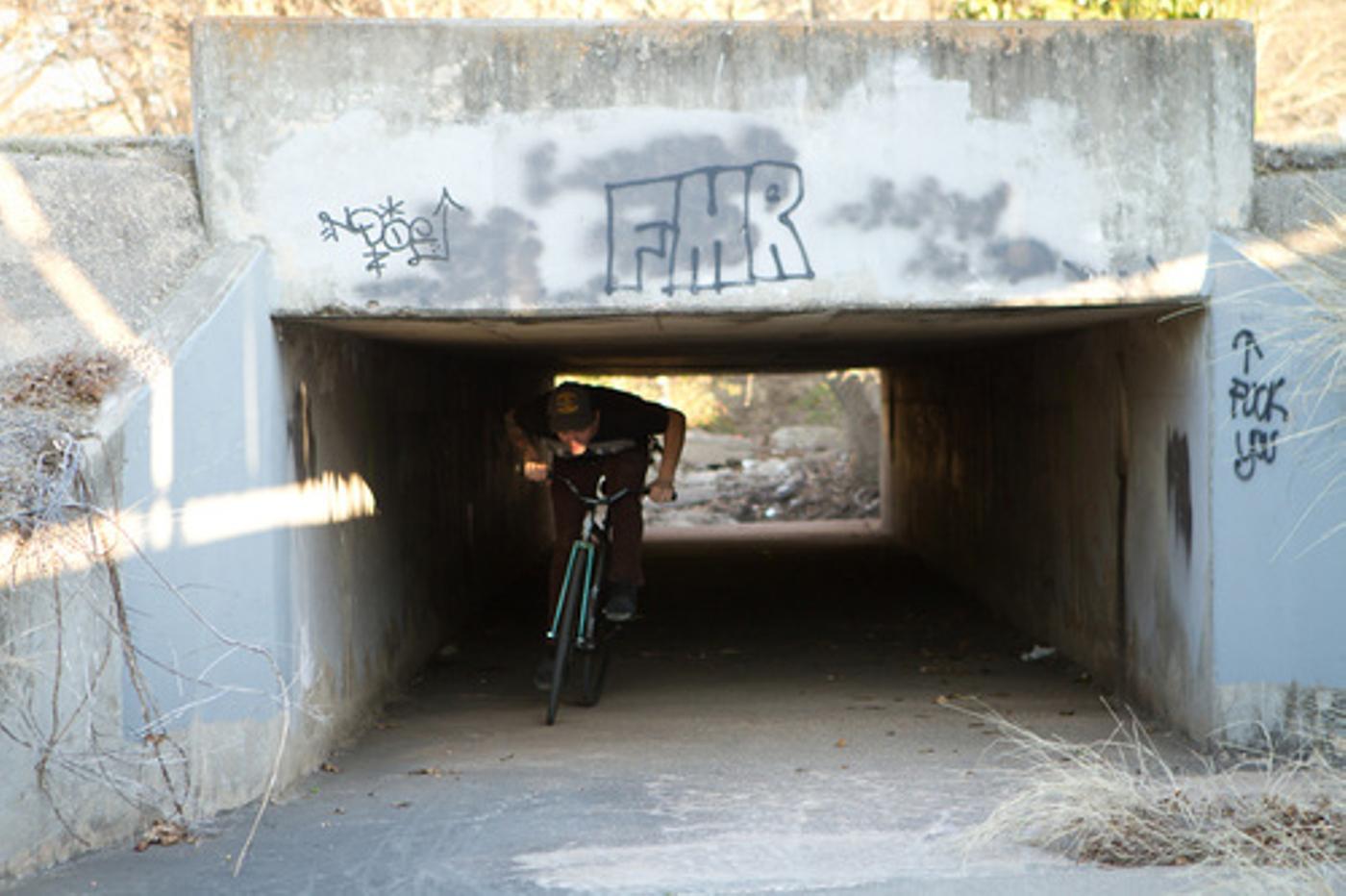 Here’s Puckett leaving the ditch to do pogos in the parking lot. 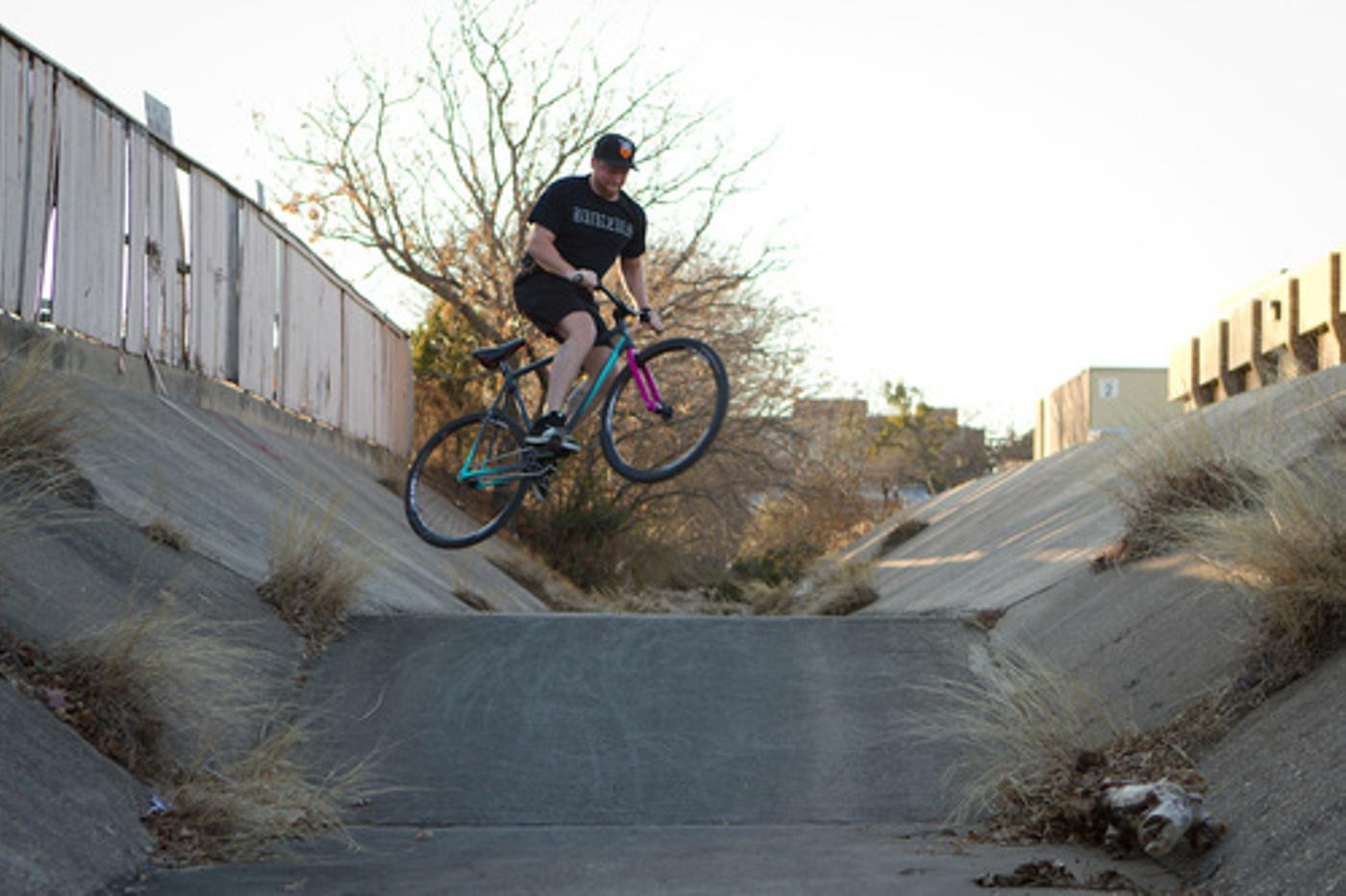 Eric snapped a sequence of me full-cabbing into the bank. I’m gonna go back and film this line. So much fun! 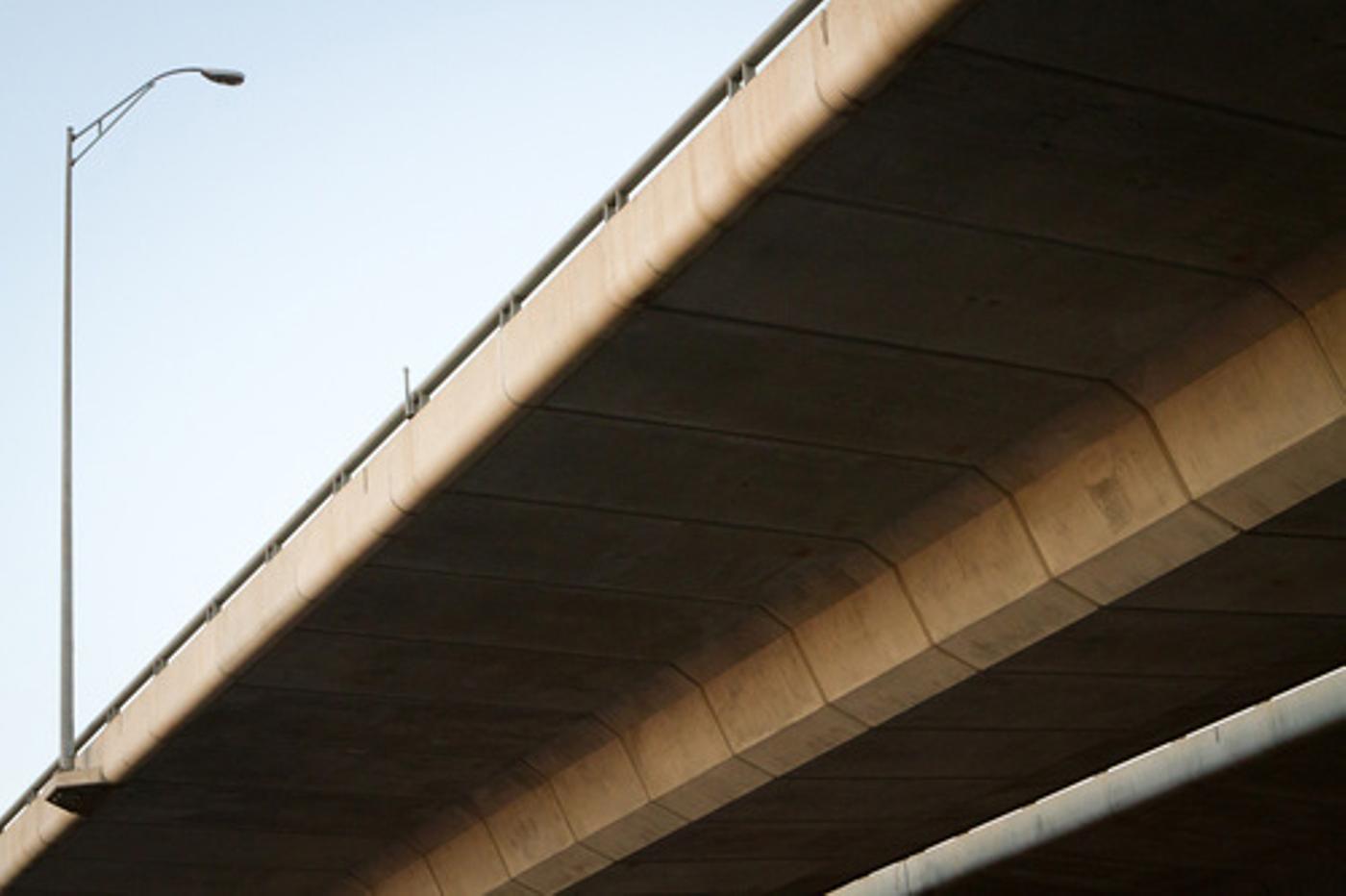 From there we headed over to Amillion to see Jesse Gordon. That’s when I noticed my bars were as bent as Eric’s fork. My hat was soaked from sweat (the mark of a Sweathog), Jesse was tiring of us and so we were on our way!

There are more than 10 photos up on my Flickr. Go check them out!