Yesterday morning I had a date with a framebuilding legend from the American West. Like DiNucci, Strawberry, Bruce Gordon and others, Jim Merz was a key figure in promoting the production of custom frames in the ’70s and early ’80s. He was a machinist first, turned cyclist, turned builder. He was also an endurance cyclist, pedaling from Portland to Panama in 1970, logging over 8,000 miles. He also toured extensively in South Africa. 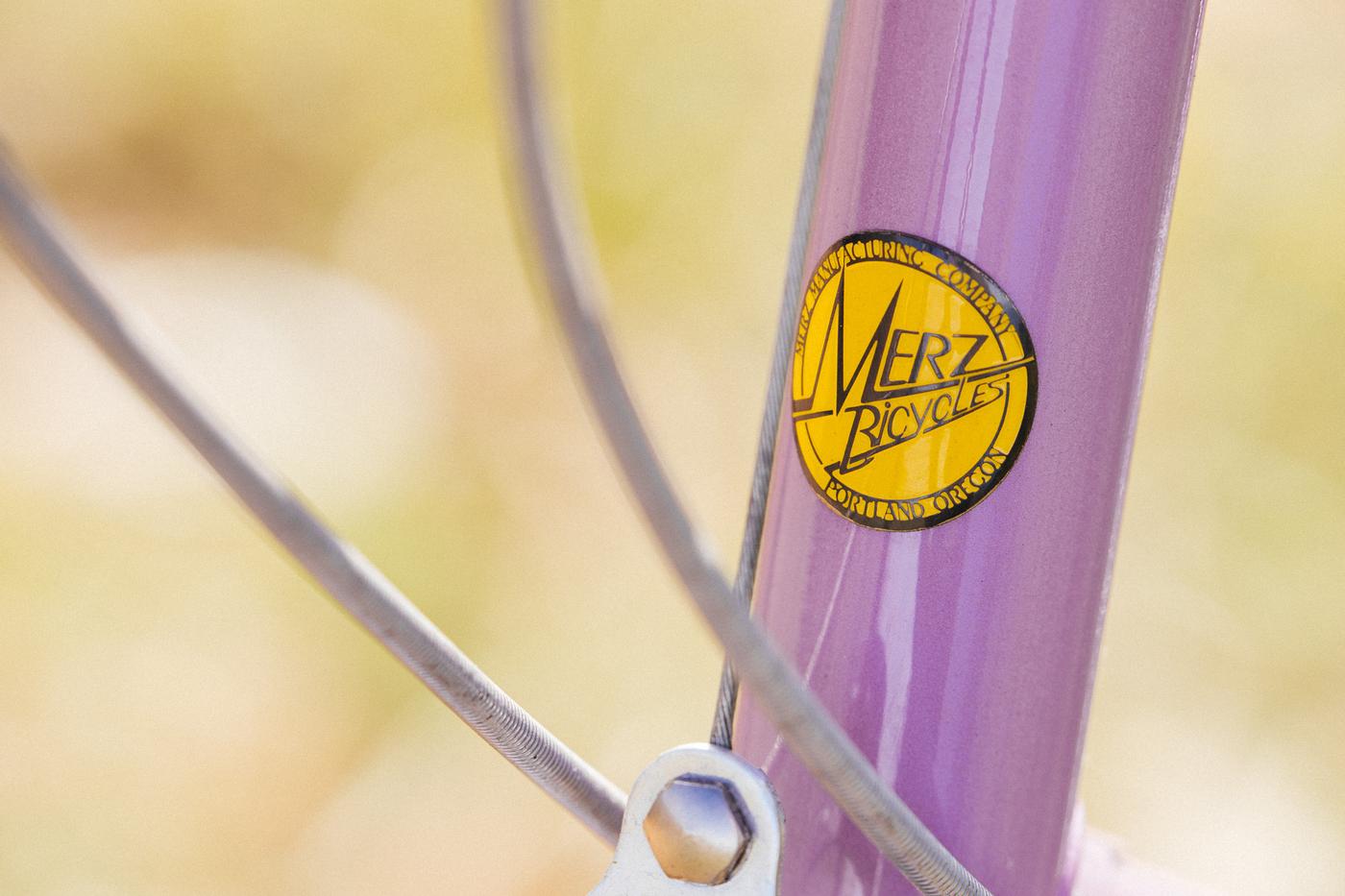 Jim brought his knowledge of loaded touring and trekking to his own operations, designing, fabricating and in a lot of ways shaping the world of touring bikes forever. So why haven’t you heard of Jim Merz? (Or perhaps you have, no assumptions here.) Well, Jim’s a unique guy and one that didn’t necessarily seek out the limelight like others in his day. That didn’t mean Jim wasn’t busy. In fact, in his ten years of solo framebuilding from 1972 through 1982, he built around 400 frames from Columbus and Reynolds tubing; he was the first US-builder certified to use Reynolds 753.

In the 1980’s Jim went to work for Mike Sinyard. You see, Mike had supplied Jim with tires for his previous tours and Mike wanted to start making frames at Specialized. He knew just the right guy for the job. Jim worked for Specialized until 1990. This bike was constructed in 1981 and underwent quite the restoration. Here it is in the condition Jim found it a few years back. Jim tracked down the original parts for this project, with the exception of the bars and headset. It was treated for rust, repaired and repainted, fully restoring this stunning bike to its full glory. The parts on this bike are in incredible condition, showing patina without boasting abuse or neglect.

I had the pleasure of meeting Jim Merz yesterday, in the Los Padres National Forest, just outside his home in Big Sur. We talked cameras, wildlife, and bicycle touring while working on documenting a special project.

More on that later, for now, enjoy these photos. If you want to see more of Jim’s work, check out the Merz Bicycles Facebook.