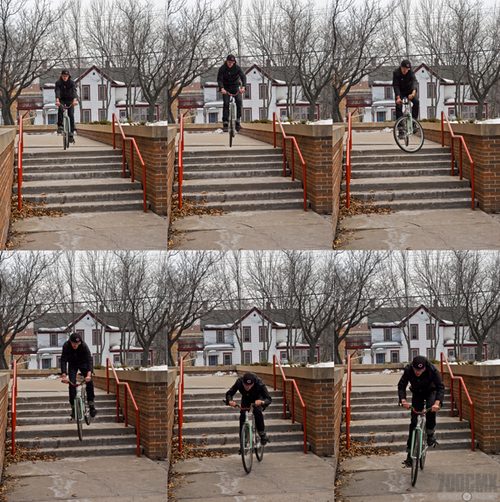 Mike’s one of the nicest guys you’ll ever meet. Riding and hanging out with him all weekend at Mayhem was a blast and ever since I saw his first handrail grinds, I knew the dude would be making moves. The last we saw of Mike, he took a nasty spill attempting a rail and has been recovering from a broken collarbone ever since. 700cmx recently interviewed the All-City rider. Go read what he has to say and peep some photos of his riding (and his mustached) here!