It wasn’t that long ago that Kumo first took his flame to the flux and gave birth to steel machines. Keith has always had a distinctive style, and while early framesets focused on road and track, the frames he is most passionate about producing are a reflection of his first true love. Riding out into the bush, self-supported and free of distractions. 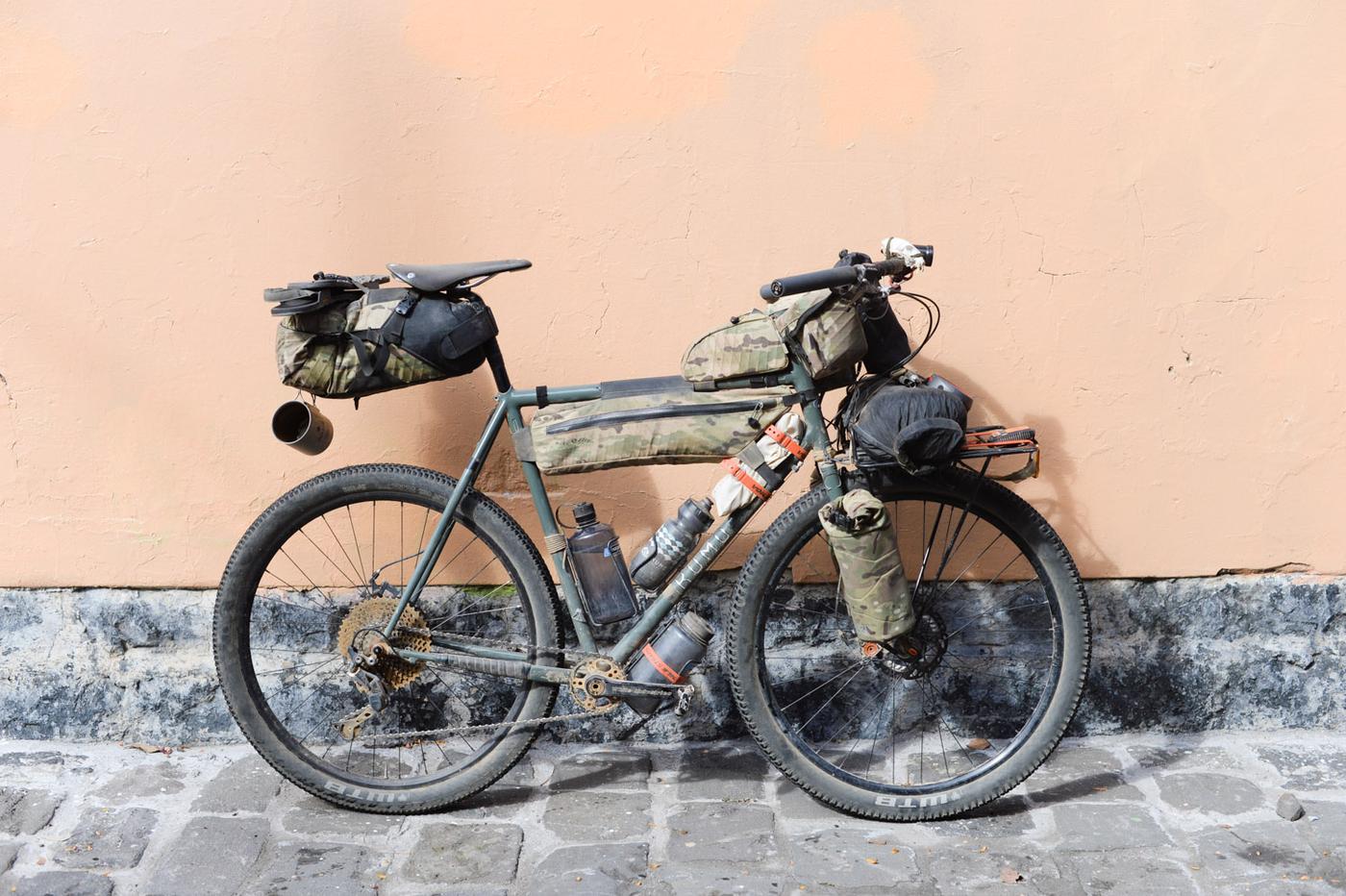 While this activity has become popularised as ‘bikepacking’, Keith told me about his first jaunt as a 14-year old which ignited a fire for longer and more challenging conquests.

Keith rode his pre-production Radonneur from his workshop in the industrial burbs of Canberra via the high country of NSW to show it in the flesh at the recent Handmade Bicycle Show Australia in Melbourne – the center of Australia’s cycling universe!

Keith’s had this to say about it:

“This bike is a prototype that I built to test a theory, to make a backcountry bikepacking rig that approached the niche from the direction of a rugged french randonneur style, rather than adjusting an MTB to make it bikepacking capable. I call it the RADdonneur.

I wanted to keep the bike nimble in tight techy stuff but still fast if you are lucky enough to hit smooth surfaces. This prototype has done approx 10,000km of testing over the last two years, rough nasty tracks, some of the harshest high country walking trails, management tracks and lumpy tussock punctuated alpine fields.

This frame takes a 650b wheelset, 2.4 front, 2.2 rear. 68mm threaded BB shell, 1 1/8″ HT. It features a custom massive platform rack with studs for direct mount bags, a custom stem and top cap. The fork is custom and has the SON SL dynamo system where the fork is a part of the circuit and there are no wires to snag when you remove the wheel. This design has gone through 4 prototypes and ~30,000km of cumulative bikepacking testing, I’ve now distilled what I want in a backcountry rig to offer a production RADdonneur frameset.

The production frameset is made by hand, by me, fillet brazed with Columbus tubing. The main changes from the prototype are 12mm through axles front and rear rather than QR, t47 73mm BB to boot the rear tyre clearance up to 2.4″ and a few changes in cable routing.

Production RADdonneurs will be available starting September this year and will be built in batches which can be purchased once they are built, you can then choose your paint colour and from a few extra features like custom stem, nameplate on the TT and some mounting options on the fork.” 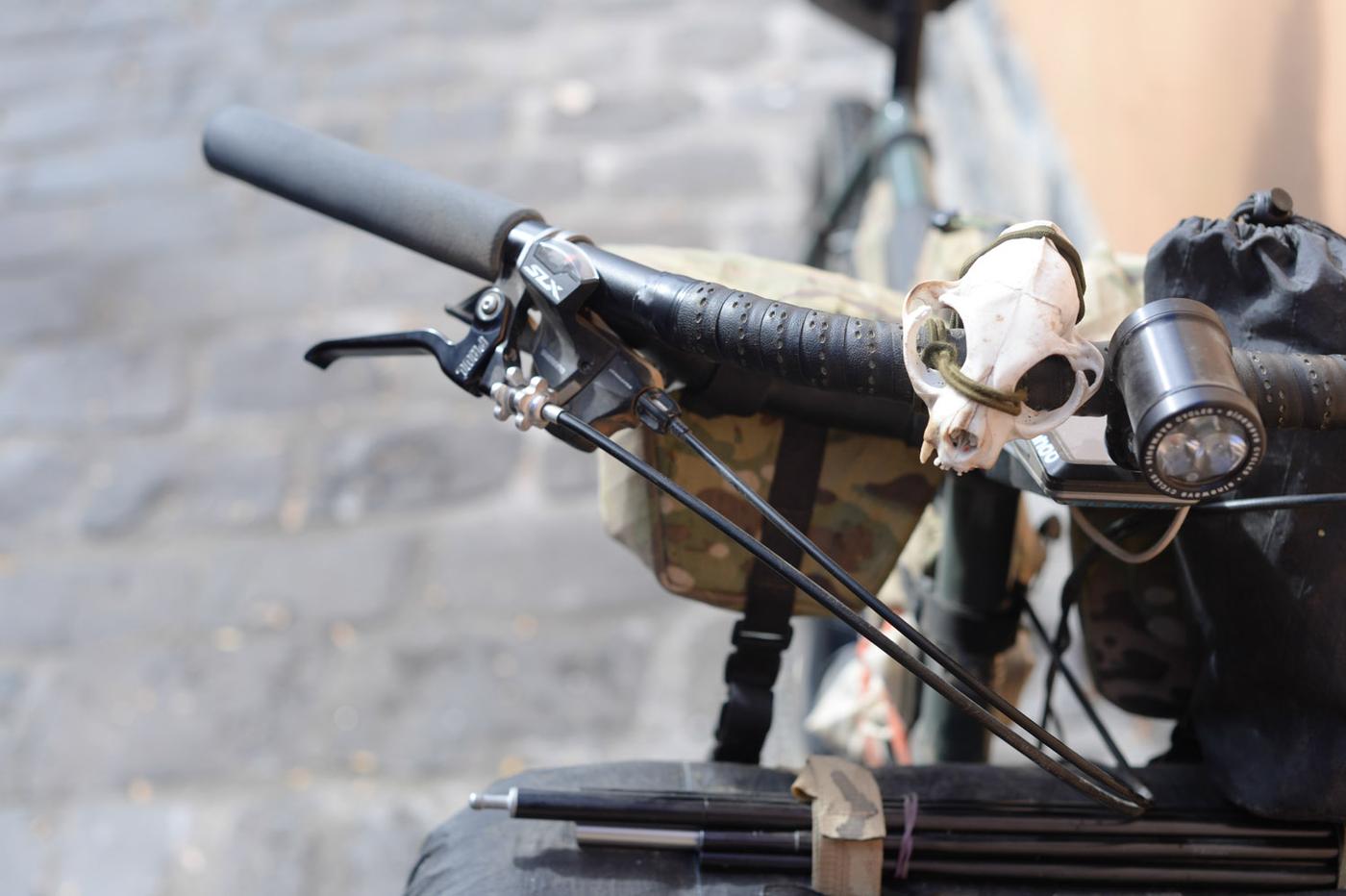 Keith’s bike is adorned with bags by Oveja Negra and Andrew the Maker and one cockpit bag neatly conceals his Mavic Air drone. The Jones bars allow him to fix the controller to the bars and use follow me mode relatively securely. Anyone who has tried filming themselves with a drone will know this issue well!