Hailing from South of Jersey, Weaver Cycle Works, made their way out to PBE with this Jersey Devil themed bike.  The Jersey Devil is a mythical creature that can take down livestock, much in the way that this 47c equipped bike can tackle the varying terrain that it was designed around. The Jen Green head badge pulls the theme together along with the “13” which is for the cursed 13th Leed’s child (the Jersey Devil). 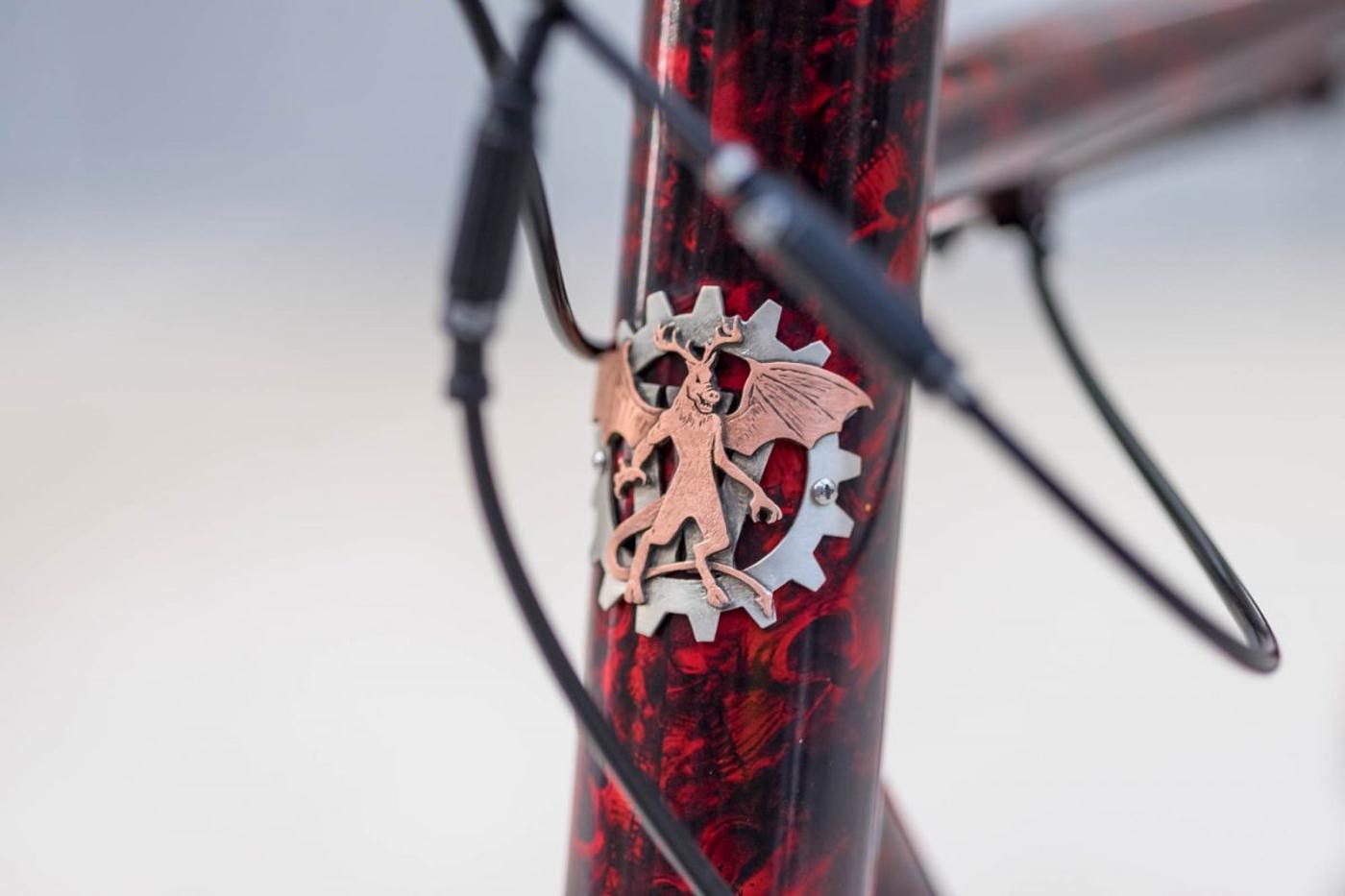 Built with a 1x drivetrain in mind this SRAM Force-equipped bike is propelled forward with a blend of White Industries R30 cranks, CLD hubs, and their new headset, and halted just as quickly by Paul Component Klampers.  This is Weaver’s personal bike, and I’ve been told he only rides steel forks, so even though it’s built with a 44mm headtube, there will not be carbon on it anytime soon for him.  Much like every Weaver this bike is 100% custom from the geo to the paint, if you’re into it, drop him a line and you to can rip a bike where the devil is in the details.