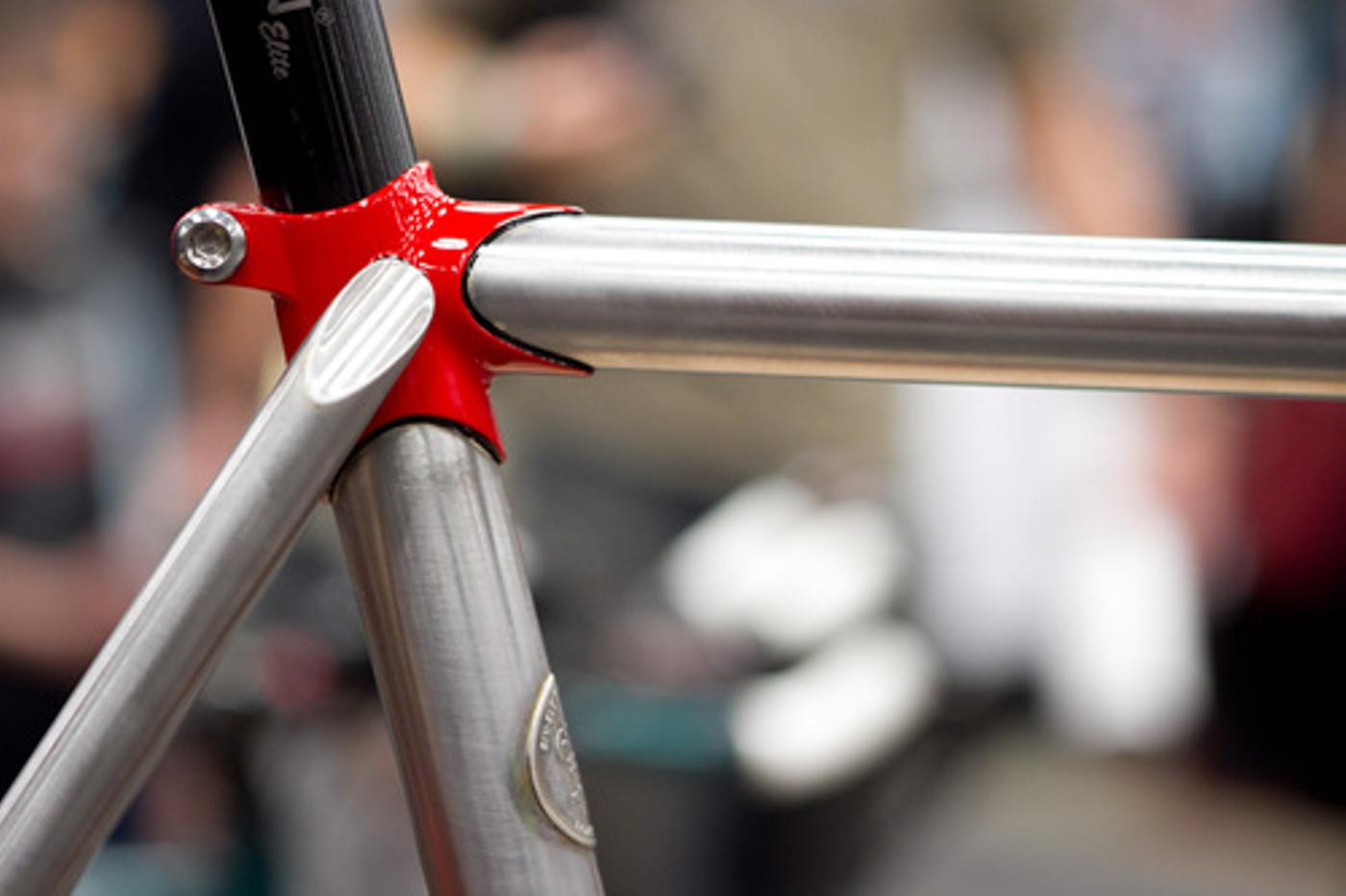 Where do I start with Aaron and Six-Eleven Bicycle Co? To be honest, I have no idea. Should I mention that he won last year’s NAHBS new builder award? Or the fact that his throw-away bike was a show stopper? Or that his booth cost him $80 and is made from old Harley Davidson pallets? Or that one of the bikes in the show belongs to Simon May from Hipster Nascar? Or that Simon got in a wreck opening night and Aaron still held his composure together the entire time? Should I go on?

Bottom line is that Six-Eleven Bicycle Co. blew me away at the 2011 NAHBS. Aaron had the finest bicycle collection on display but you don’t have to take my word for it!

Check out more photos and a slideshow from my coverage of the 2011 NAHBS Six-Eleven Bicycle Co. booth below. This is Simon May’s cross bike. It was inspired by some sneakers Aaron wanted when he was a kid. Hence the patent leather look of the bar tape. It was a shame that I couldn’t get Simon’s photo with the bike. Heal up buddy! This time trial bike was full of surprises. 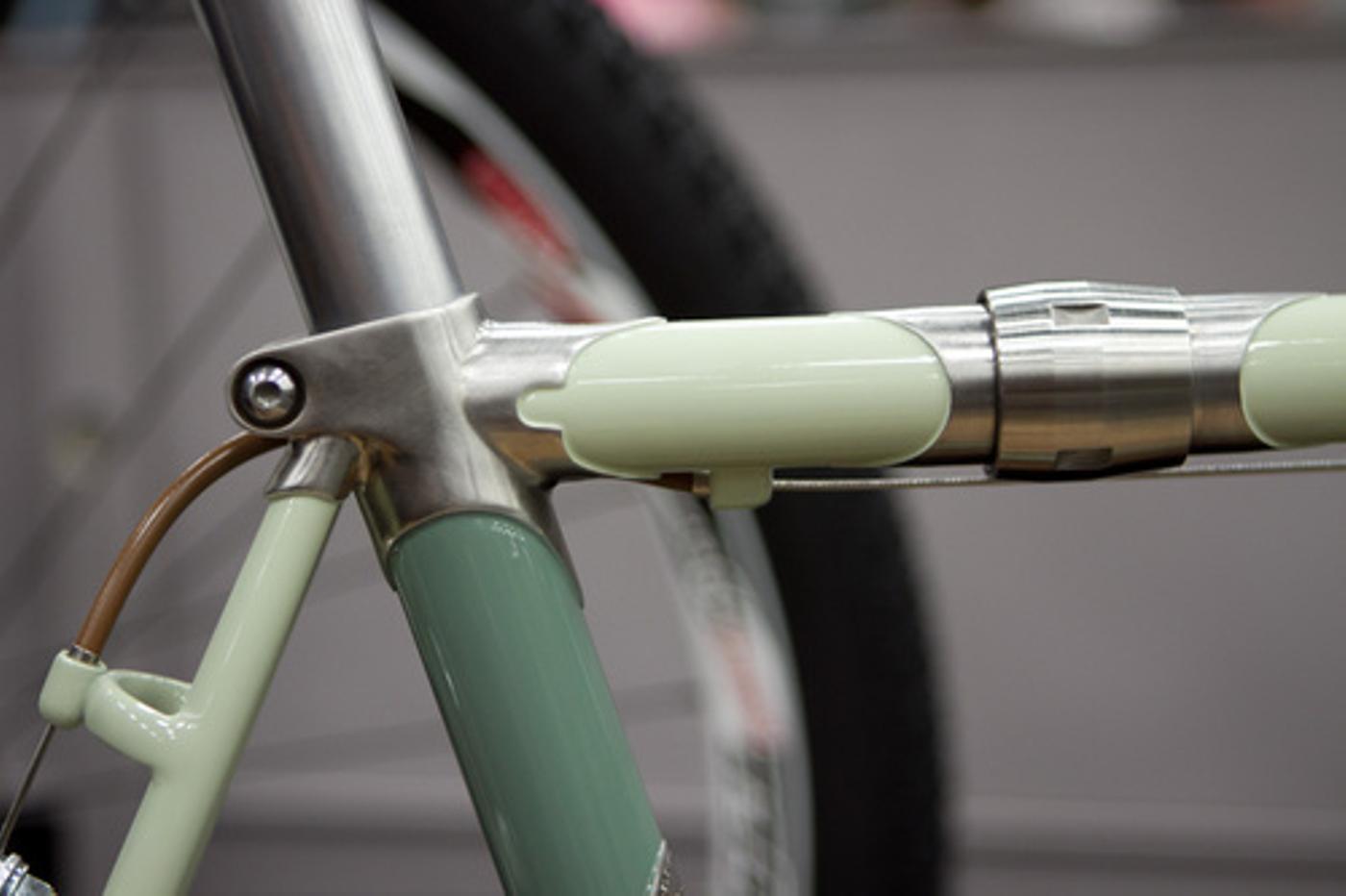 This belt-drive, S&S city fix was Aaron’s throw-away. Meaning if he didn’t finish it in time for the show, it was no big deal. Little did he know it would become one of my favorites in the show. 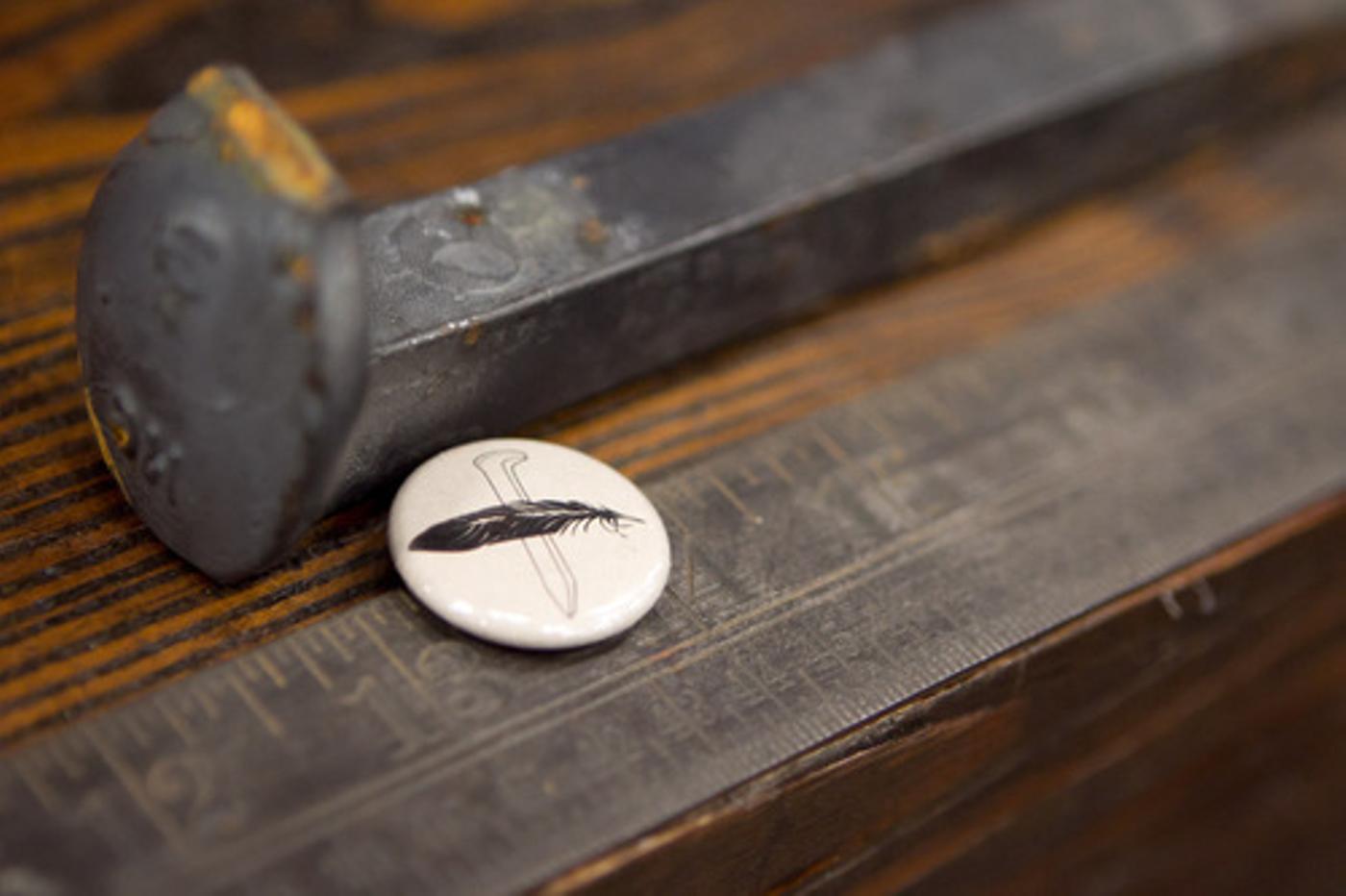 Every detail in his booth related back to the story of the Six-Eleven railroad. Even these nails, with their date-stamped heads made their way into the design of Six-Eleven’s serial number plates. 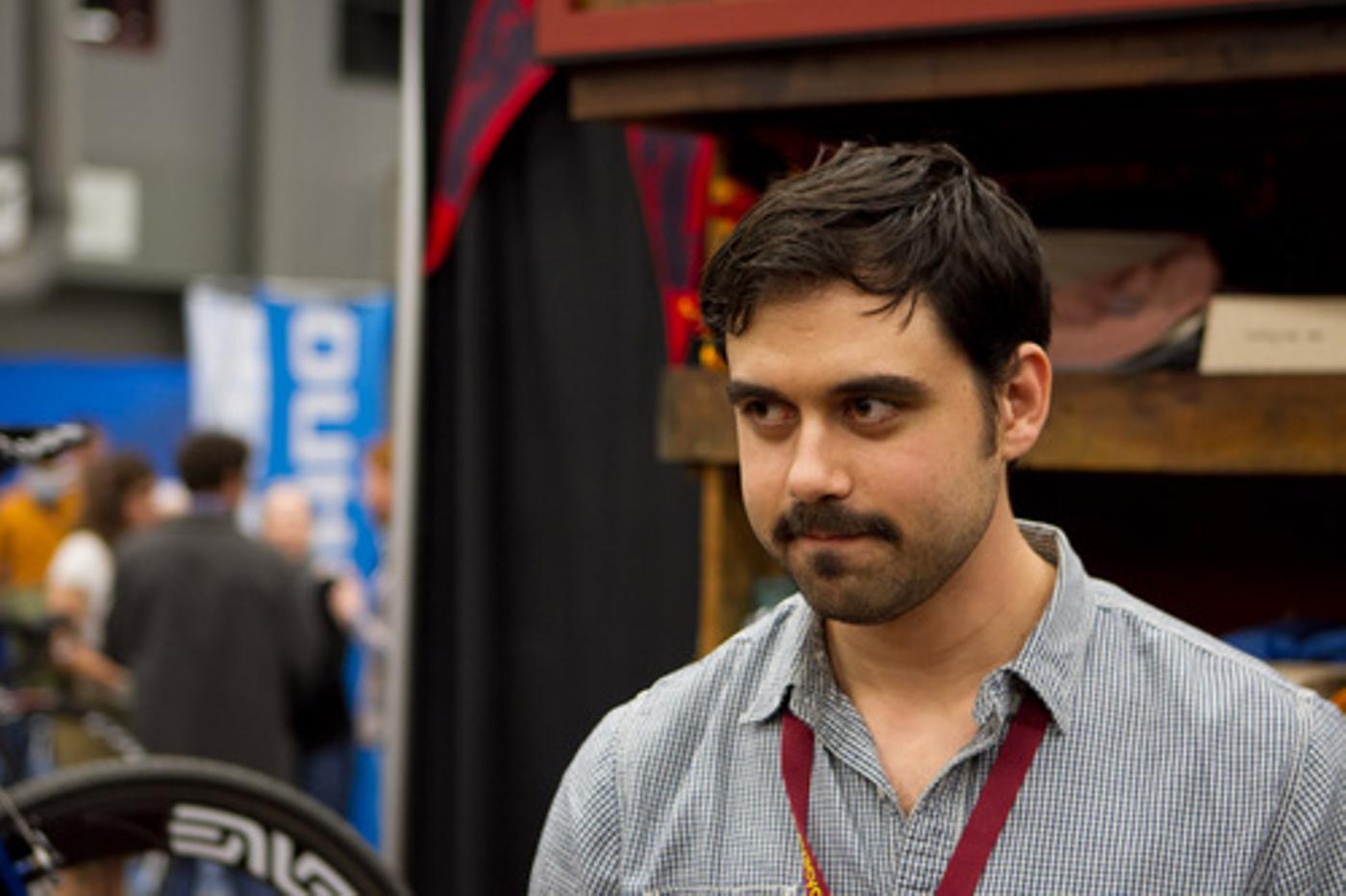 For more photos, there’s a slide show below.