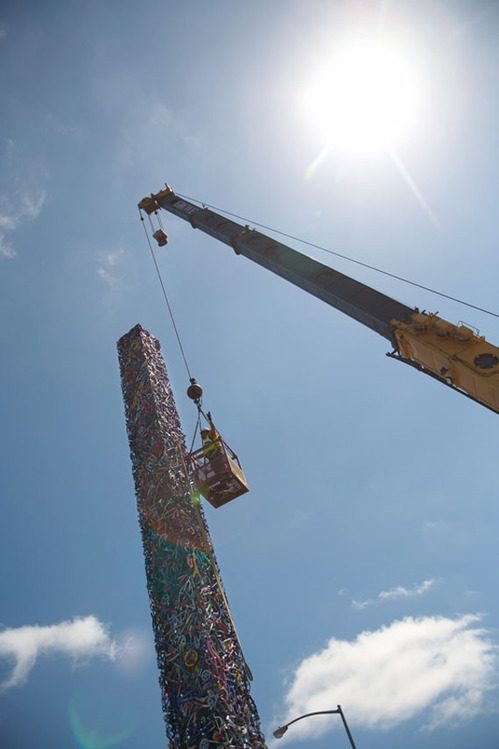 Damn! Nissan paid California artist Mark Grieve to erect this 65-foot-tall, 10,000 pound obelisk made entirely from bicycles. Sounds kinda like a snidely jab at cyclists but Grieve states that:

“The statement is up to the viewer and hopefully the work is an intersection of ideas, so it can keep growing with the community,” Grieve said in an e-mail to Wired.com. “When a person brings to a piece his/her own interpretation, the piece is ‘working’ for the community.”

More photos are up at Wired, go checkem out!