I’m sure everyone has their own opinion on the matter, so feel free to share in the comments. Again, I want to emphasize, these are my opinions and are by no means meant to be taken as “written in stone”.

The 650c and 650b wheelset debate in fixed gear freestyle is long-winded and isn’t dying out anytime soon. Some people think a 650b wheelset will last longer and be stronger than a 700c wheelset. They also argue that this is “where all this is going”. What’s usually the funniest part about the argument is the people who are usually in support of the 650b wheelset on a fixed gear freestyle bike, aren’t usually the ones who are going big enough to merit such a switch.

Personally, I’ve had great luck with 700c wheels. I’m 220 lbs, do big gaps / drops and generally thrash my bike. My argument is with bigger tires (at least a 35c) and 36h hubs laced 4x is strong enough. True, I have destroyed wheels in days, but the things I did to break them would easily break a 650b or 650c wheel too. For what it’s worth, I used to destroy mountain bike wheels back when I was riding frequently.

Another component in the equation is spoke length. A 650b rim that’s close to 35mm deep is hard to, if not impossible to come by. When you look at a Chukker or a Deep V’s spoke length compared to a 650b rim, which is usually a box section and not as deep, the spokes are very close to being the same. I’ve yet to calculate them, but the 650b wheels I’ve seen and ridden are low-profile box sections and the spokes are within a millimeter or so of my 700c spokes.

People also say a smaller wheelset will make the frame smaller and thus, easier to “throw” around. What they seem to be forgetting is with fixed gears, your saddle height needs to be the same as a road bike or track bike. Since you’re constantly pedaling all the time, your knees will be shot if your saddle is too low. Also, it’ll make it harder to achieve a comfortable cadence or cover distances for commuting or spot hunting. Sure, you could make the frame compact and have a lot of seatpost, but the bottom line is, your saddle’s not going to be able to be slammed if you intend on riding your bike around. 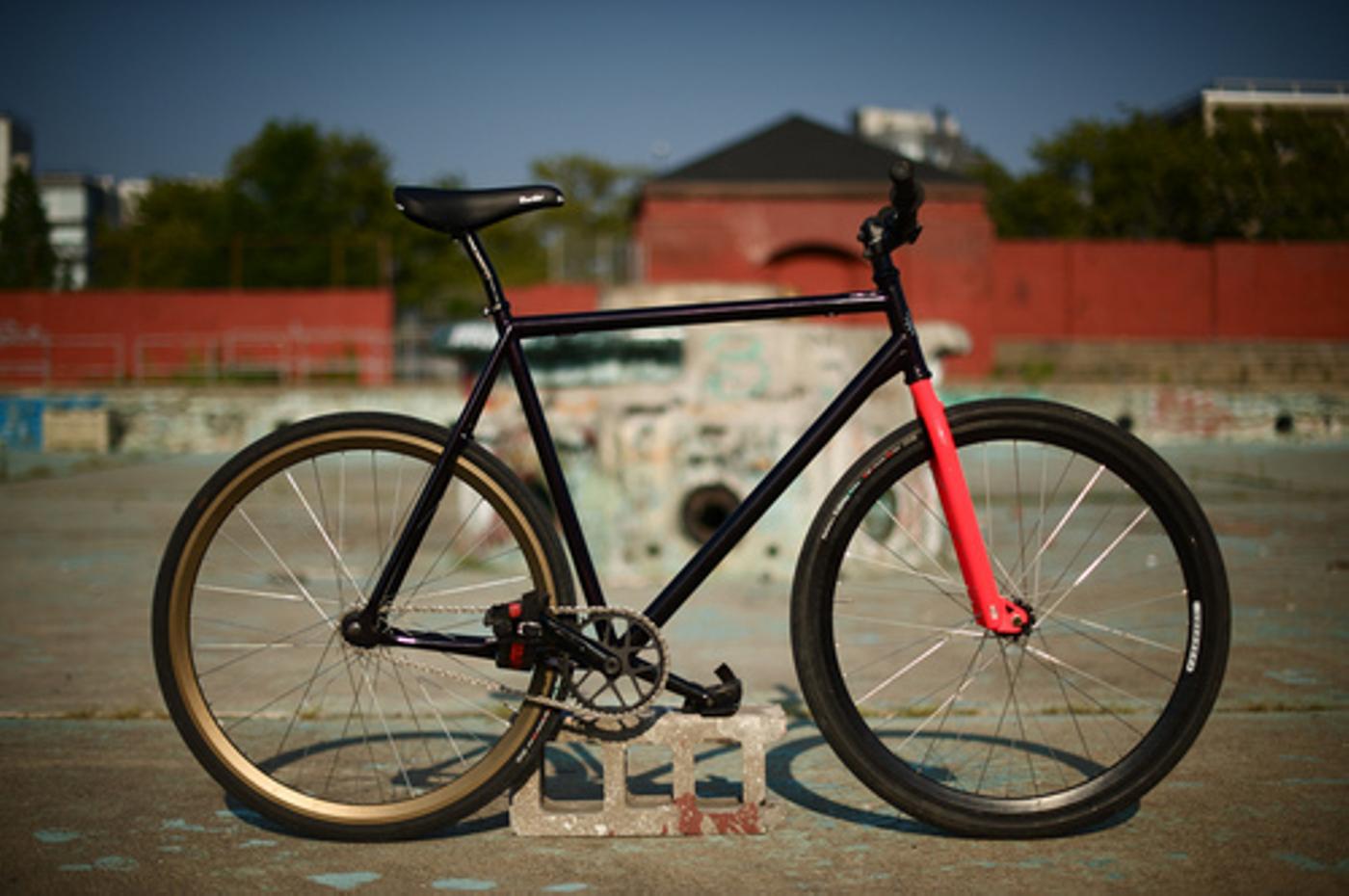 Bottom line, personally, I don’t see myself switching to 650b. Companies can make all the bikes they want, but since I’m riding a large frame, I think a 650b wheelset will just be plain ugly. I love the way my Bruiser rides and looks. It loves to be thrown around and beaten up. It’s the large model and I think the 700c fits quit well. Now for a small bike, it would make total sense. We had a hard time keeping the steep HTA on the small geometry Bruiser. Going with a 650b or 650c wheelset would have made it easier to maintain the geometry throughout all the sizes.

With regards to Traitor‘s bike. It looks fun, I’d love to go fixed mountain biking on it, or single track riding. But it doesn’t look like a bike made for fixed freestyle. The rear end is super long, heat tube angle is slack. I’d imagine it’d ride like one of the old Redline Monocog or some other late-80’s mountain bike. If you think you’d enjoy riding it, contact them and order one of their bikes. As I said, it looks like a comfy bike. Would be a great commuter too. I will commend them on the attempt at introducing a new fixed gear freestyle model to the mix, I just think it needs a little more work and PR&D.

Again, I’m sure everyone has their own opinion on the matter, so feel free to share in the comments. I want to emphasize, these are my opinions and are by no means meant to be taken as “written in stone”.