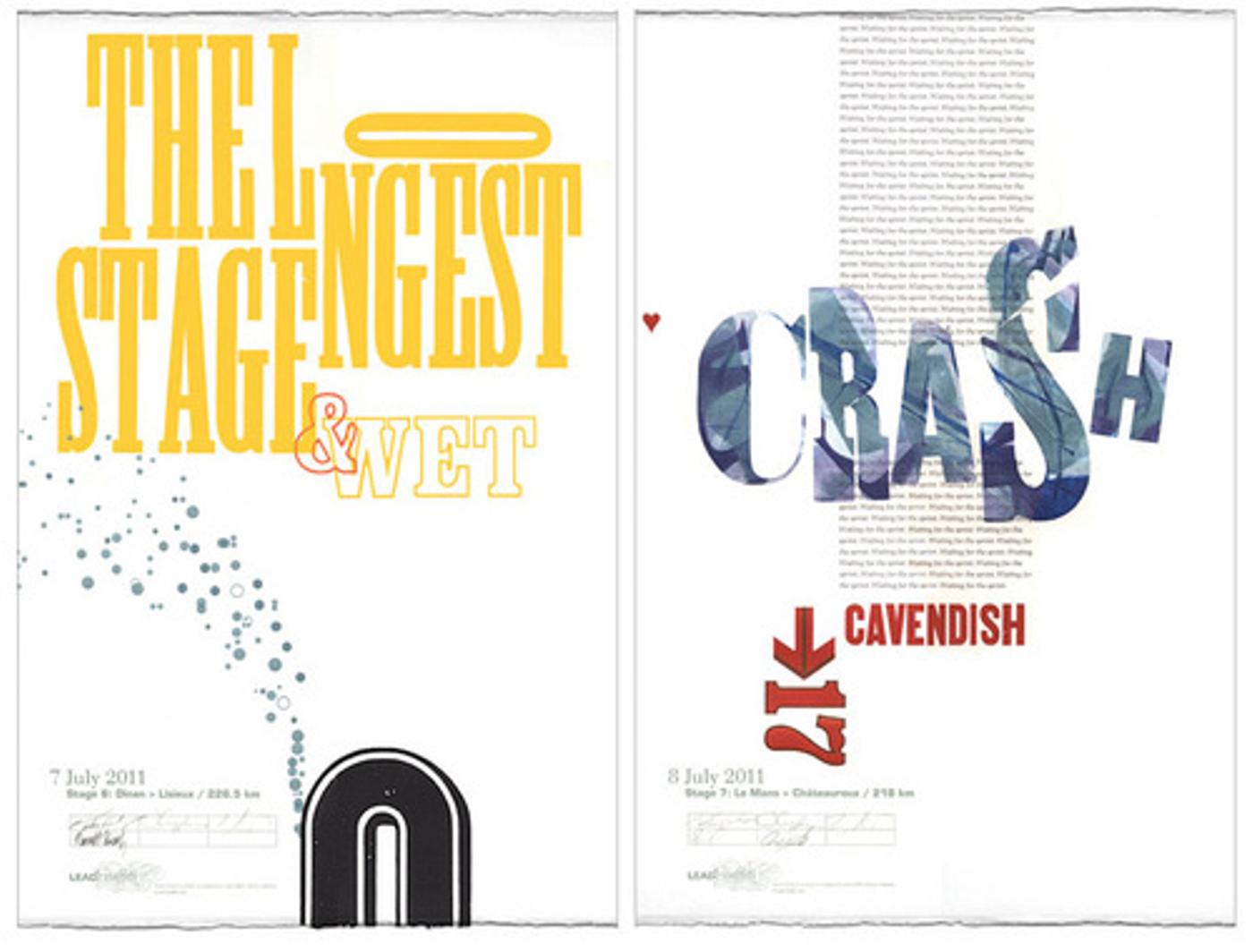 Ray from Lead Graffiti emailed me about their Tour de France homage project. The Tour de Lead Graffiti project consists of 23 posters in 23 days, all reflecting a stage’s events:

“This is a project that has been banging around in our head since the summer of 2004 when Jill and Ray took a 4-day break during the middle of a study abroad trip to London with 24 of Ray’s Visual Communications students from the University of Delaware.

Ray was walking from their London flat on Tavistock to the Russell Square Tube station and saw a bunch of his students in Student Travel Associates making travel reservations for various trips during an upcoming break in our schedule. Ray decided to ask about his own trip for the 4-day break which happened to be over the opening weekend of the 2004 Tour de France that would start in Liége, Belgium.”

Check out the initial seven here and keep checking in for future posters as events warrant!