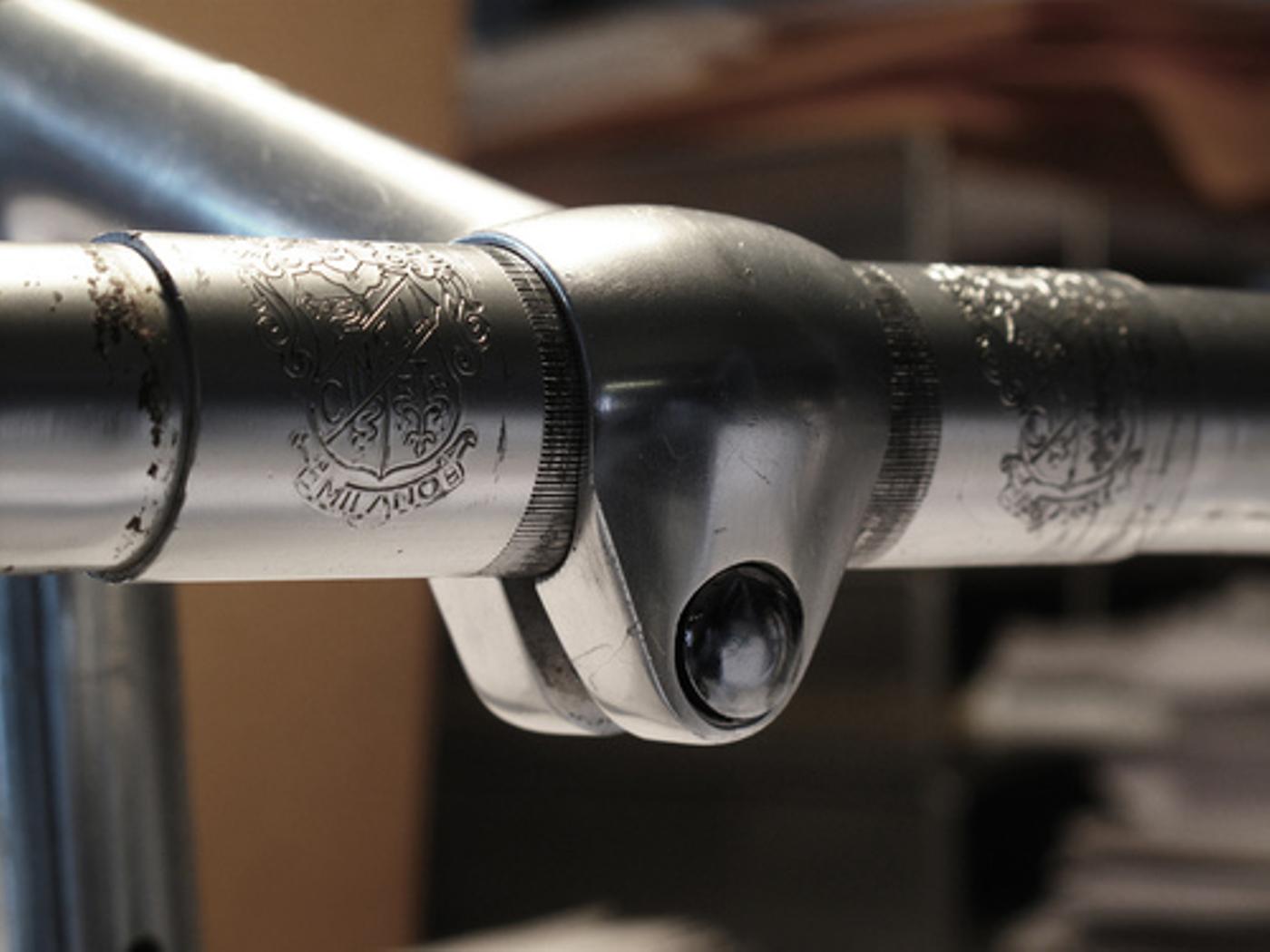 Today, all things considered, was a good day. Picked up some 67-19 Cinelli Pista bars with the old engravings, along with a 120mm Cinelli 2a 65˚ stem for a deal. I’ll be polishing these suckers up this weekend. Then went to Chari & Co where I ran into Mark and Asha from London. Mark works at Tokyo Fixed Gear and was riding a left-hand drive mini fixed gear. After work, I rolled by the WNW space to check it out. They’ve got this nice vintage Eisentraut on display in the window. It was sitting in a friend’s basement and WNW will be using it to teach bike maintenance classes. The greatest thing about it is the various periods of components that are on it. Early Nuovo Record with clamp-on friction shifters, Super Record Pista pedals, clamp on Campagnolo pump mounts, early Dura Ace cranks and rear derailleur, modern computer and bartape. You can really see the life this bike has lived. Brad at Trackstar will be teaching a class on restoring and maintaining bikes. Be sure to check it out. After a brief reception party, WNW premiered the London to Paris video. Even though it was only around 25 minutes long, you really got a good sense of what was involved in the project. Super Ted (once again) stole the show with his personality and he ends the video with saying “It’s all about weight and strength” in a drunken state at the Stages opening party in Paris. Today was also the first day I used my track bike to commute to work on since my Tokyo trip. I have been on the road bike for 4 weeks everyday and it’s felt great, but I missed riding my fixed gears. I took the Merckx out this weekend for some neighborhood spins and felt good enough to where I was confident enough to ride in traffic. 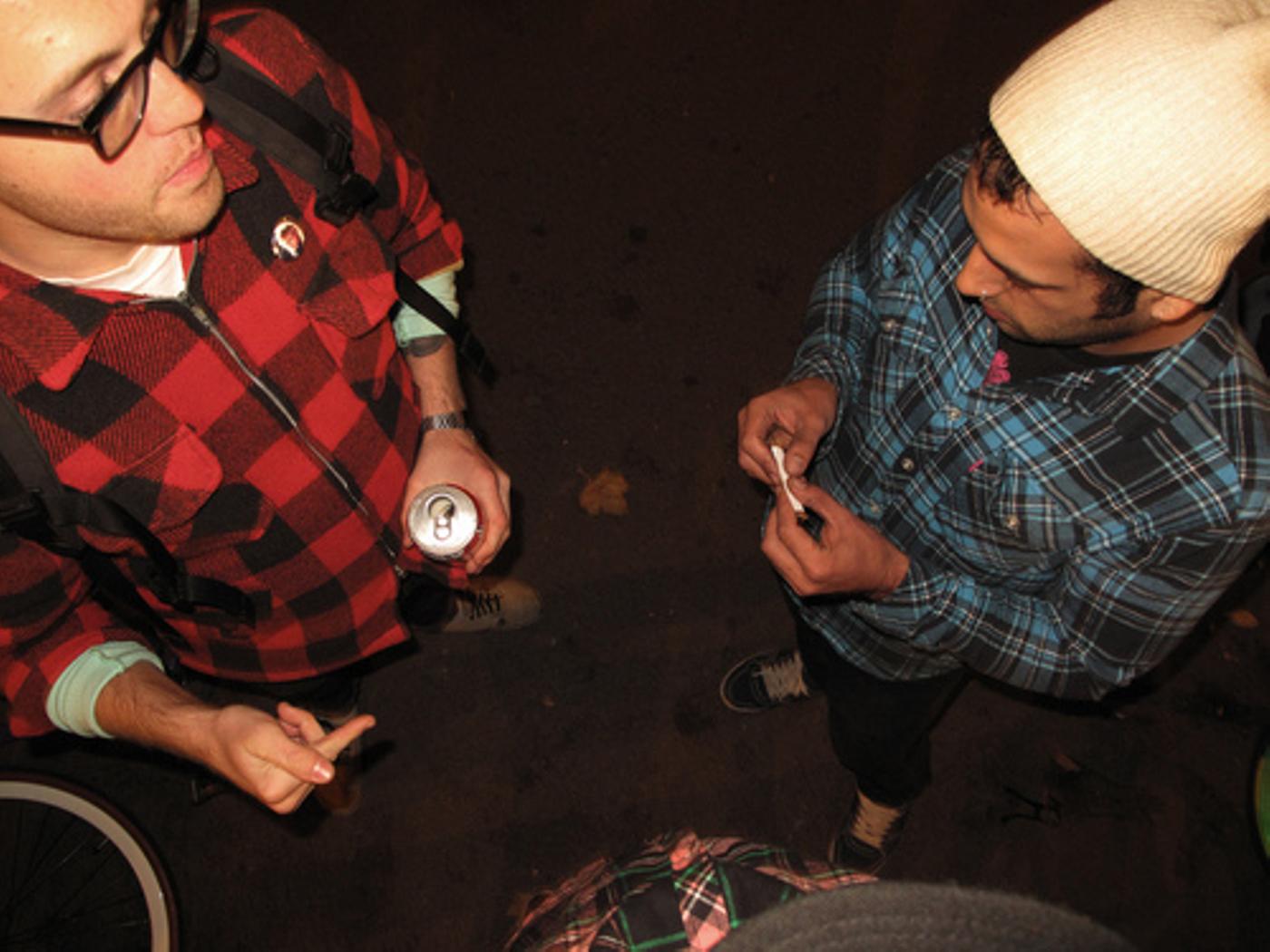 Afterwards a few people headed over to Peel Sessions. Good turn out tonight. Even though I shouldn’t have, I took the Bruiser out and rode for a bit. It had been too long and being in an environment like that without riding is difficult. Sure, I’m sore as hell now and will be icing my foot down, but it was worth it. Andy T. came out and took some shots that should be surfacing shortly. Jeremiah and Rob from Hold Fast came through and sold some FRS to a few kids. Here’s Jeremiah on a ghetto-bank hitting a 180.

I’ve uploaded a few more pictures to Flickr here, so checkem out.