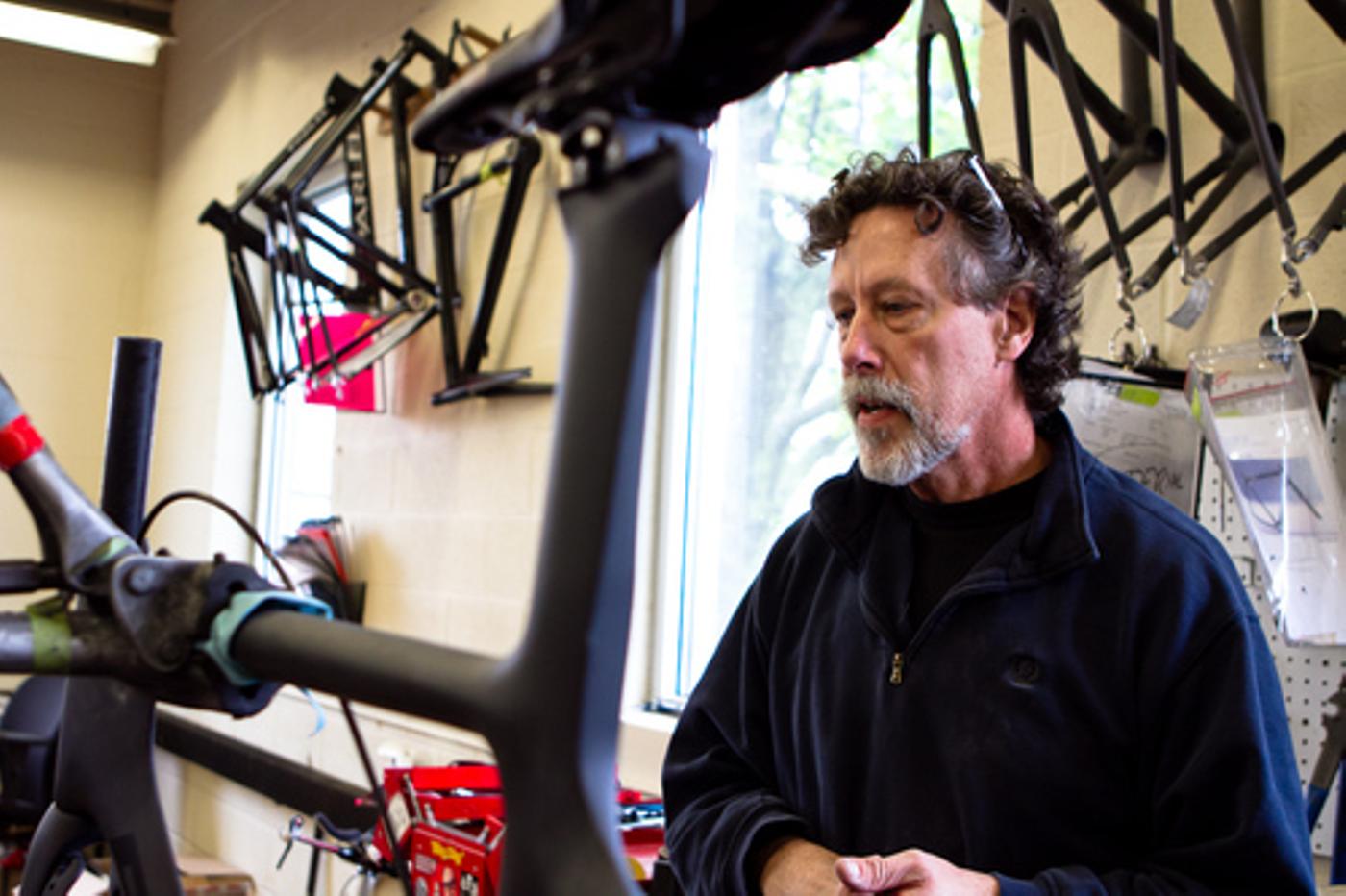 Throughout my coverage of the Toyota Prius Projects concept bike, I’ve been feeding you little snippets of information, alluding to the design of an aero-road bike. Bob Parlee‘s key involvement in this project has been of the utmost importance. The man’s a master of carbon fiber and racing technologies. When we first began discussing the intent of this project, Bob was adamant about making something new but not so concept-driven that the applications couldn’t be implemented in some way or another into the cycling industry.

Check out more from Week 7 of the Toyota Prius Projects concept bike coverage below! 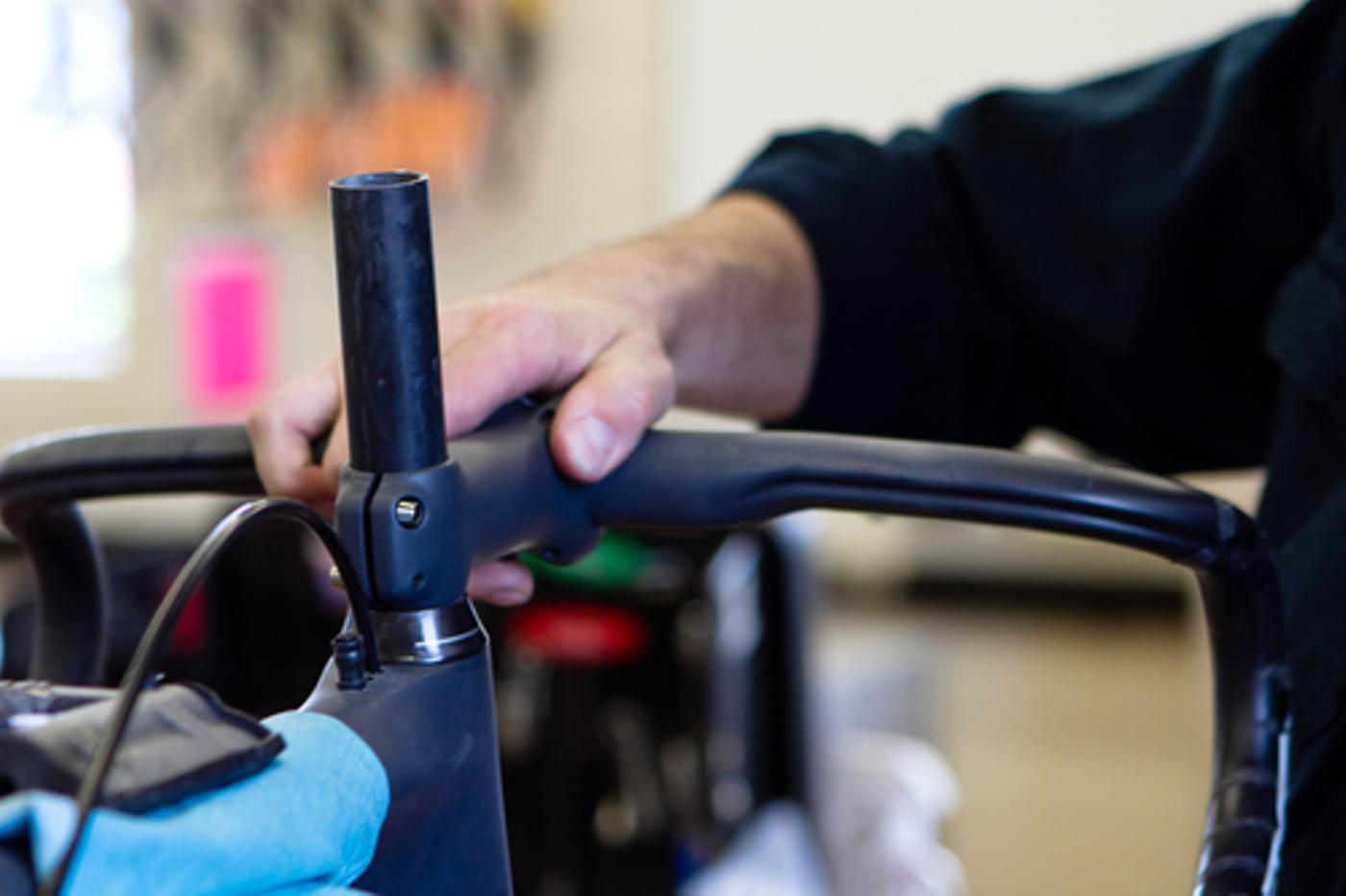 When you think concept bike, certain connotations arise: futuristic drivetrains, sleek and unobtainable components and a lack of reality. Sure, concept bikes are supposed to be just that: conceptual. But that doesn’t mean these concepts can’t be applied to real-life bicycle components. Just as Toyota developed the Prius through using these real-life applications, Bob and his team at Parlee Cycles wanted this bike to be high-tech without being too conceptual. 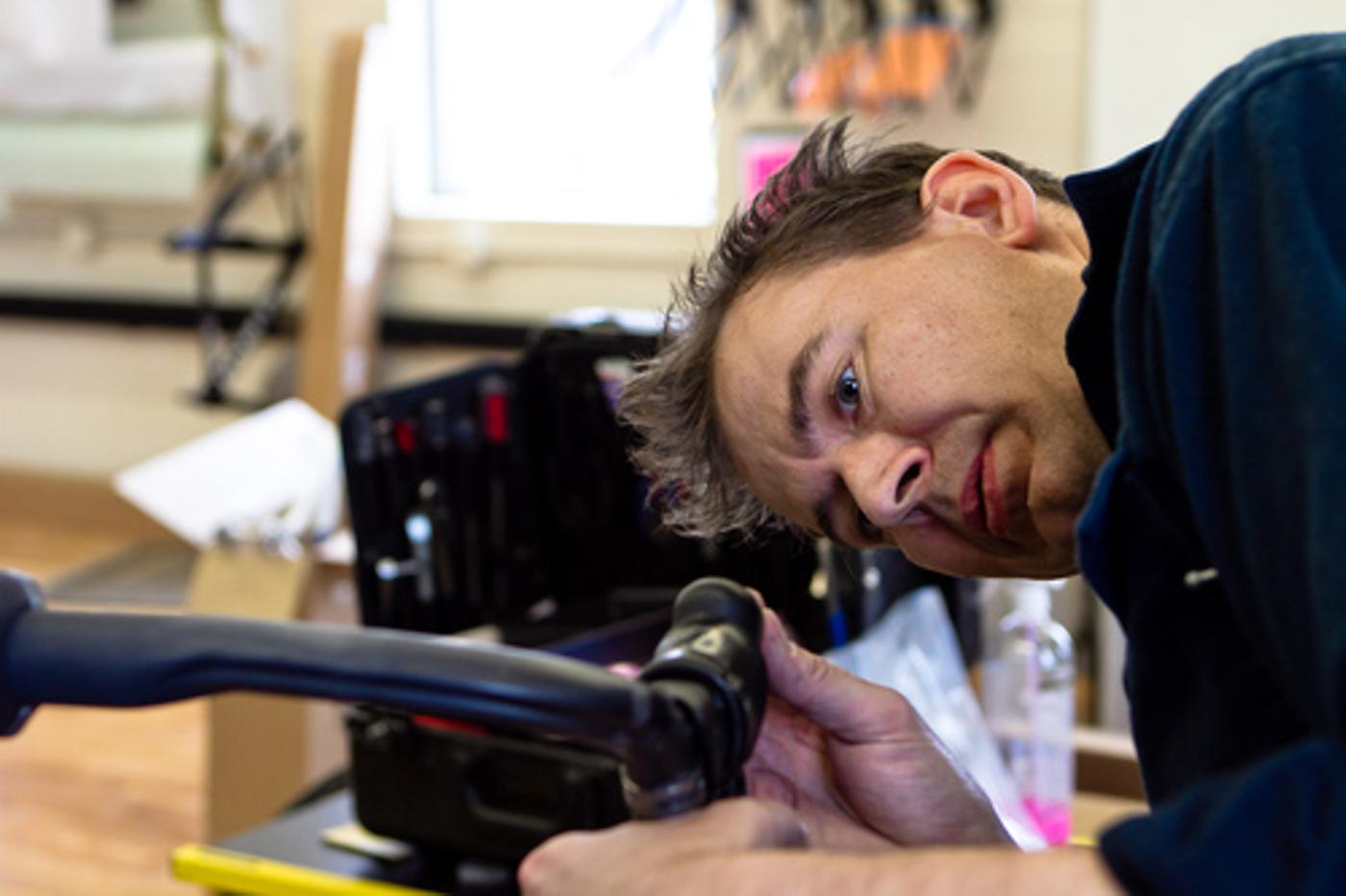 The first working prototype assembled with ease. By using all standard racing components, the team was able to build it up and prep it for transport. But where was it going? 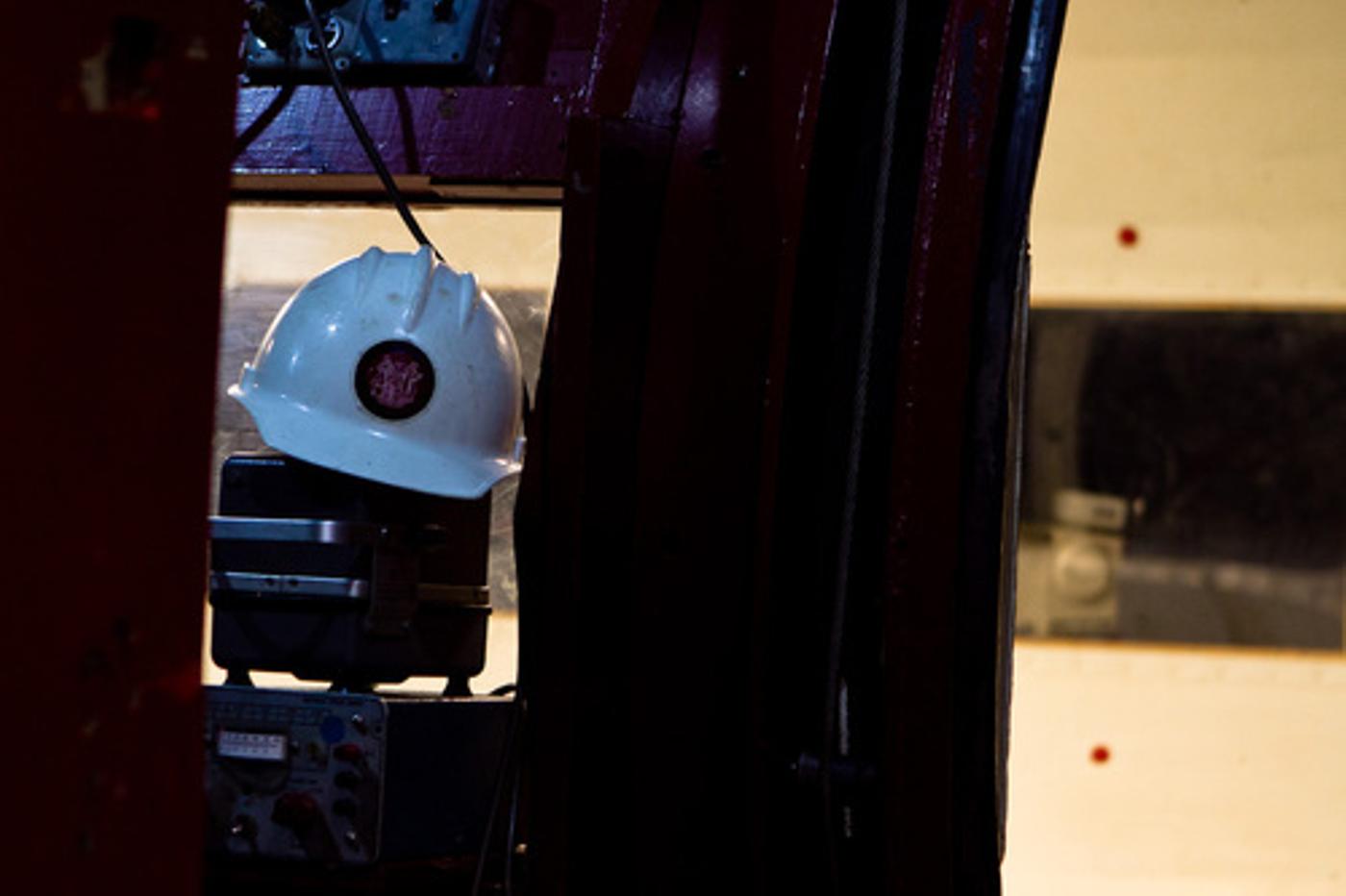 Bob really wanted to do some field testing. You see, the Toyota Prius Projects concept bike, much like the Prius, is an aerodynamic vehicle, and one way to test how efficient a vehicle it can be is through wind-tunnel testing. We brought the bike to a local wind-tunnel to study how efficient, or inefficient, the design was. 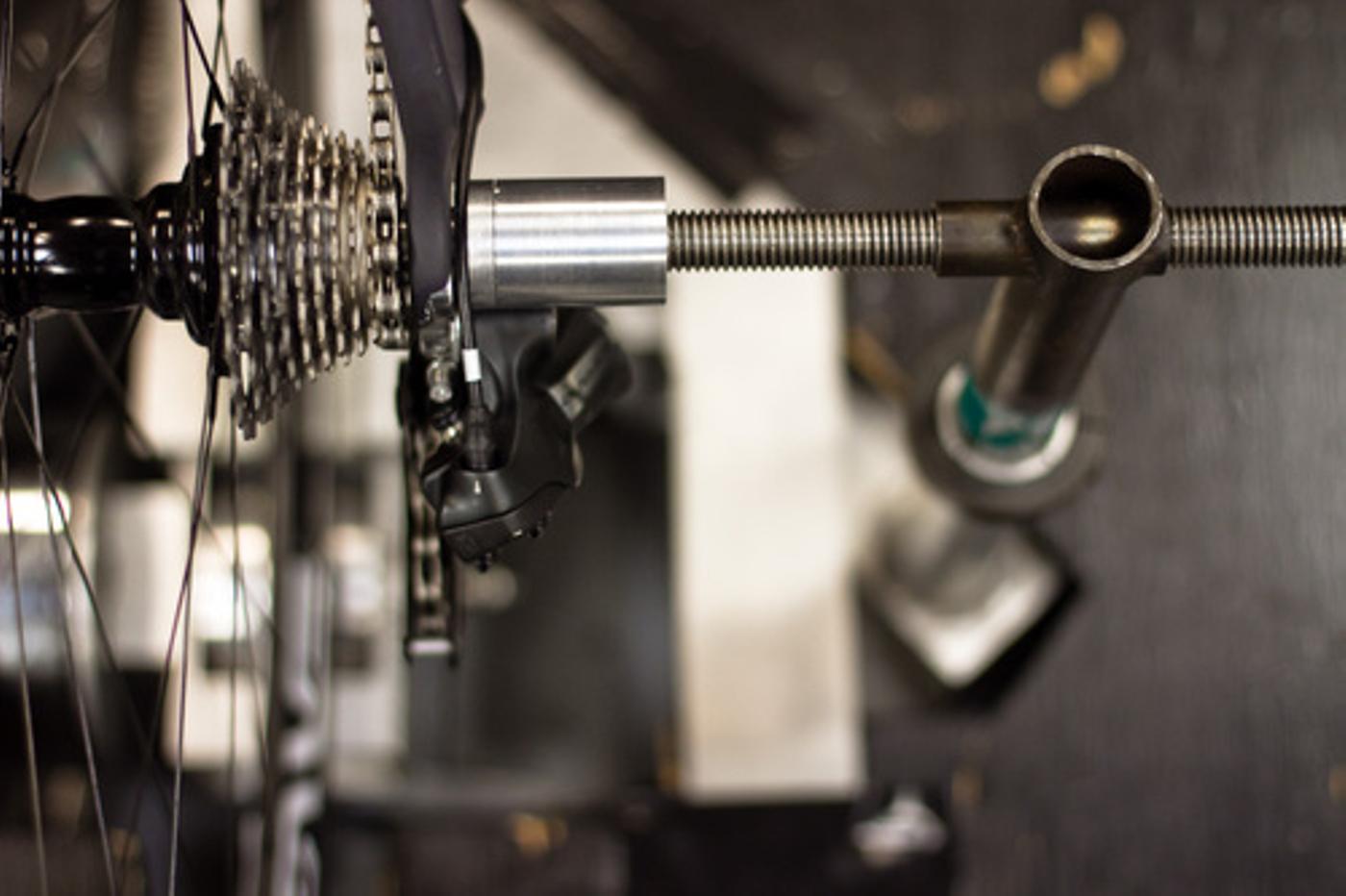 All of the components were installed, just as the final bike will be specified, and it got locked down to the platform where it awaited for the 30mph winds to rush across its skin. 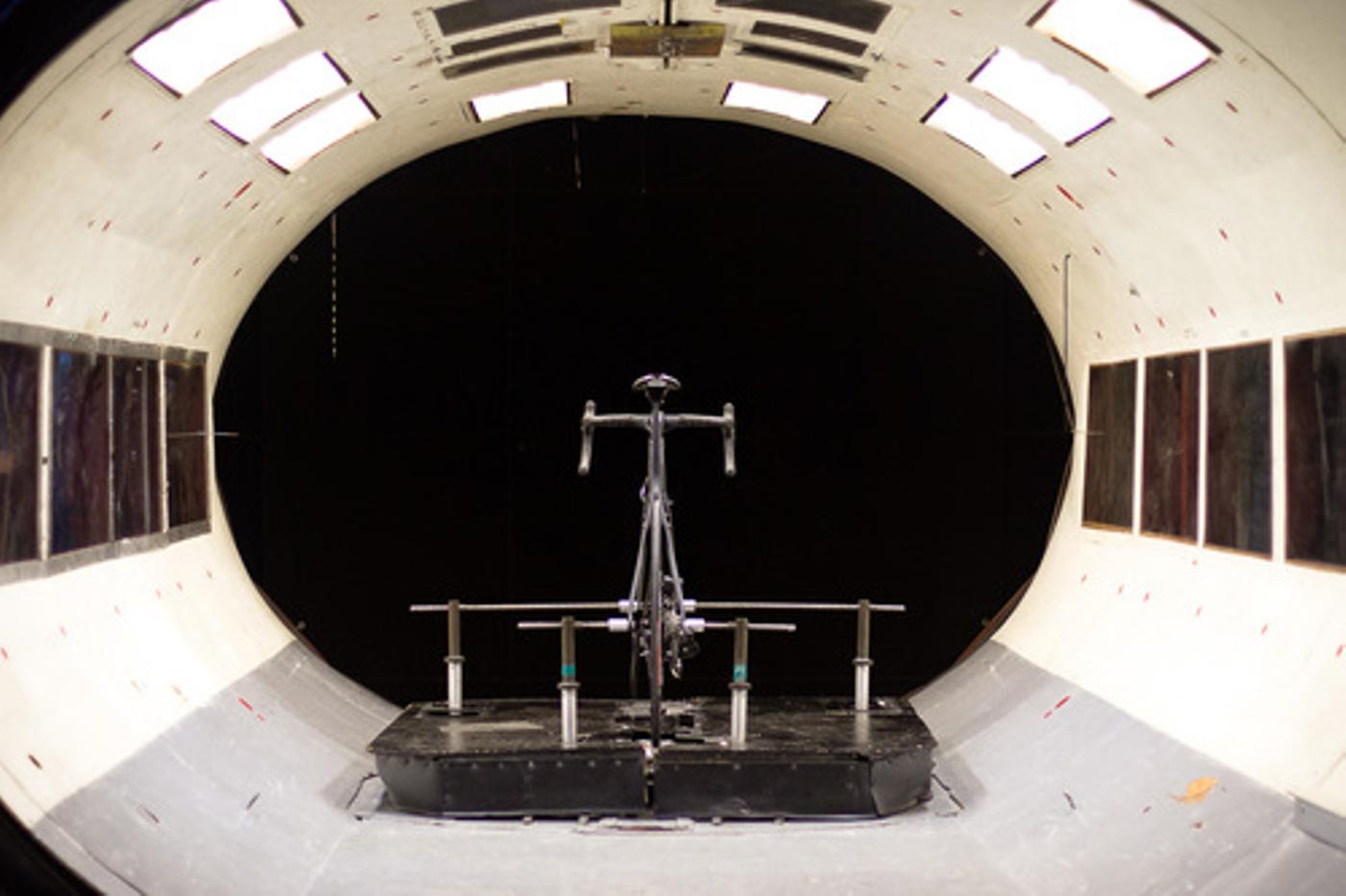 There it sat. Much like an object in a sci-fi movie. 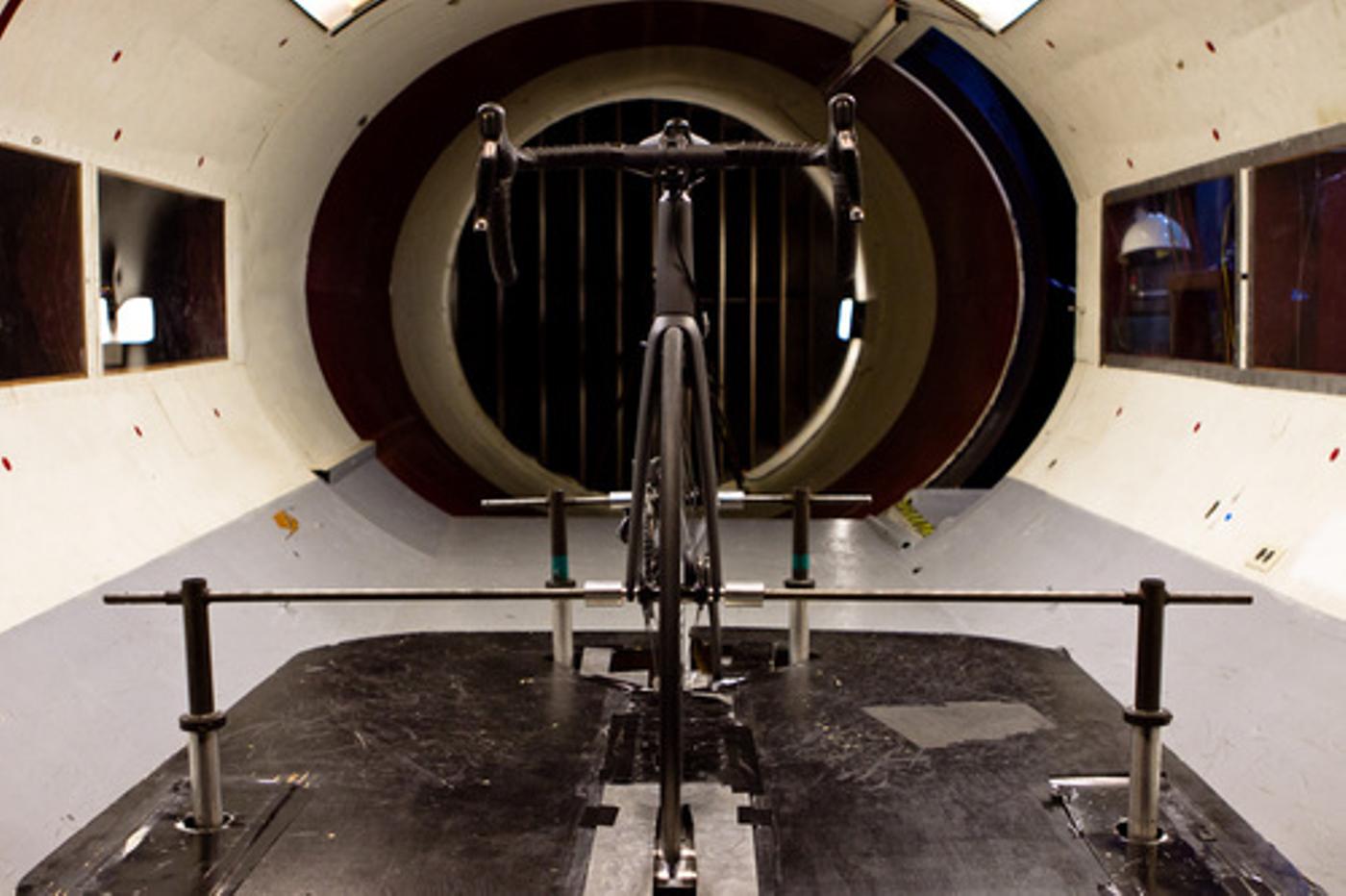 While it may look like a normal road bike, there are a few details that attribute to its efficiency as an aerodynamic vehicle. 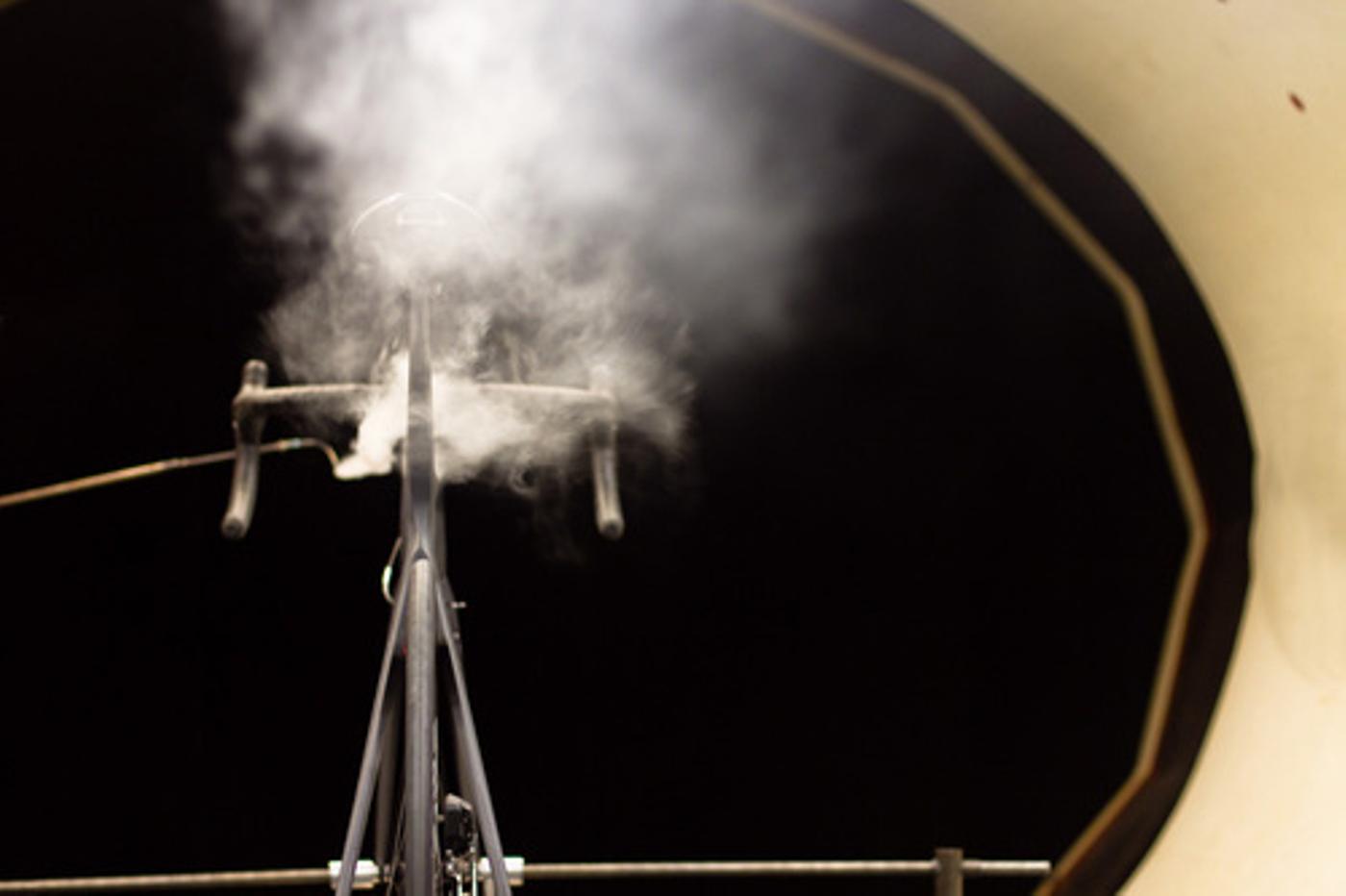 The slipstream passed through the bike, showing us where the concentration of drag was taking place. 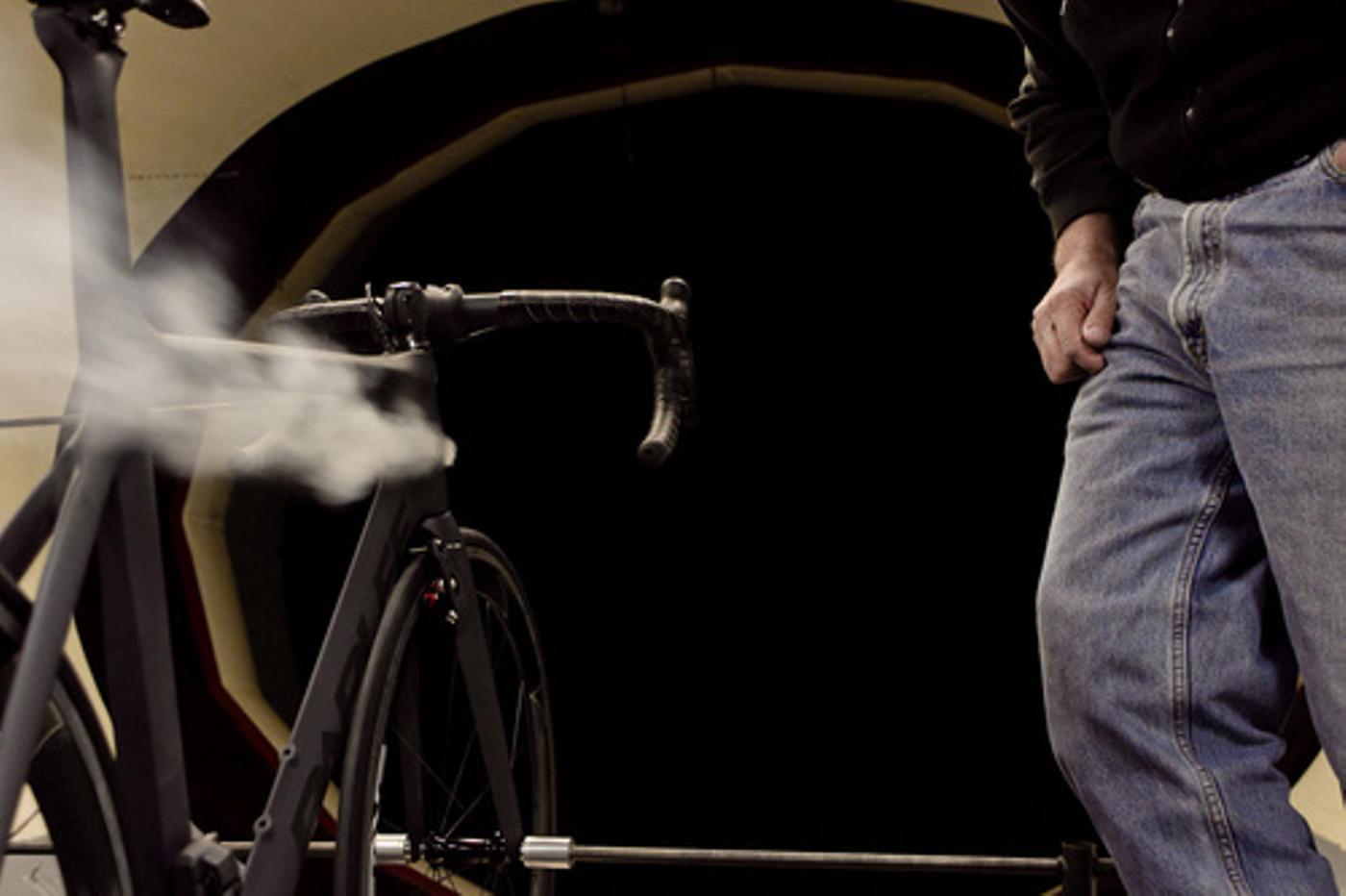 Bob was nearby watching as the bike underwent the analysis by the scientists. 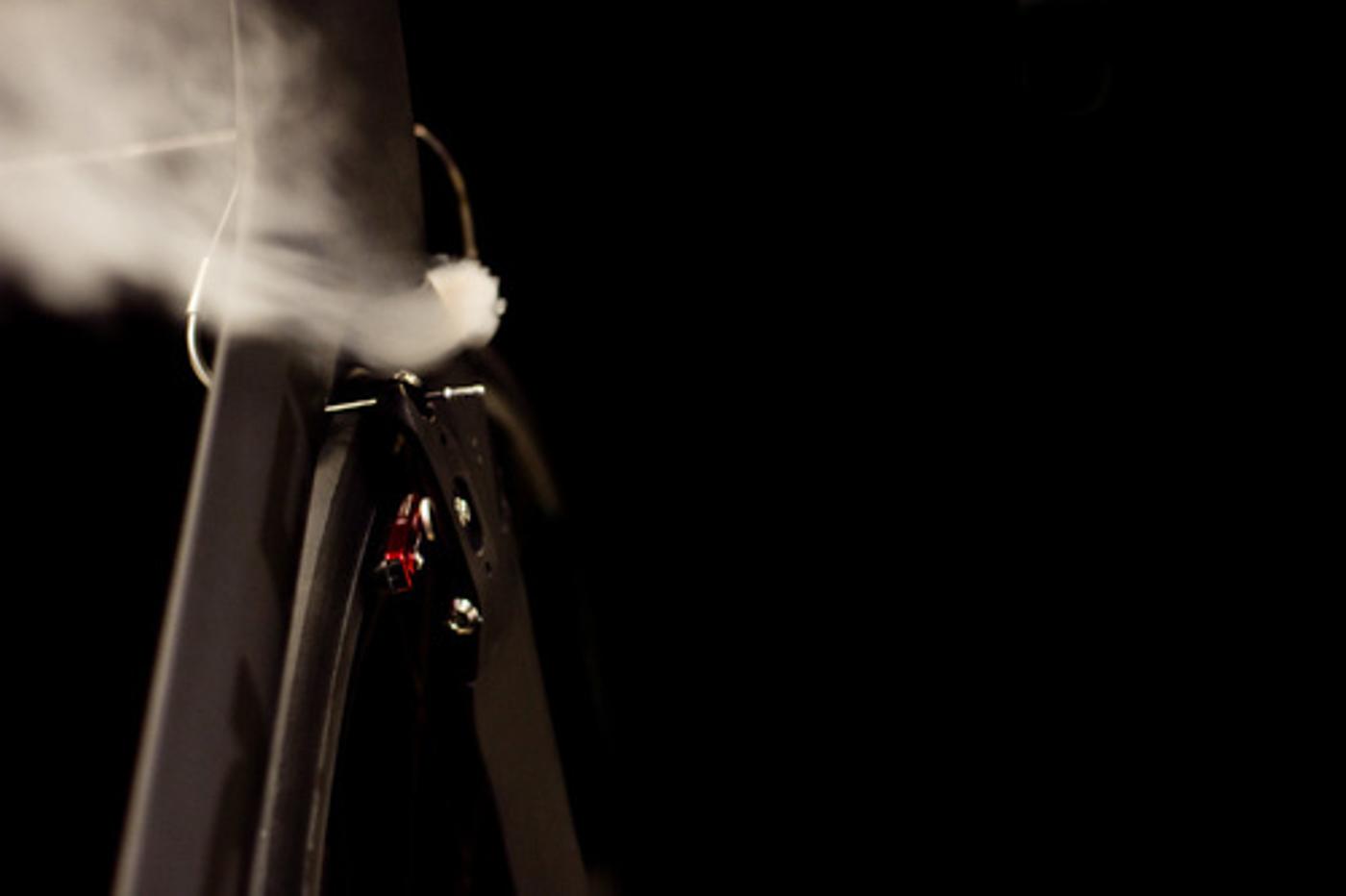 The integrated braking system created less drag than a traditional front-mount caliper would. 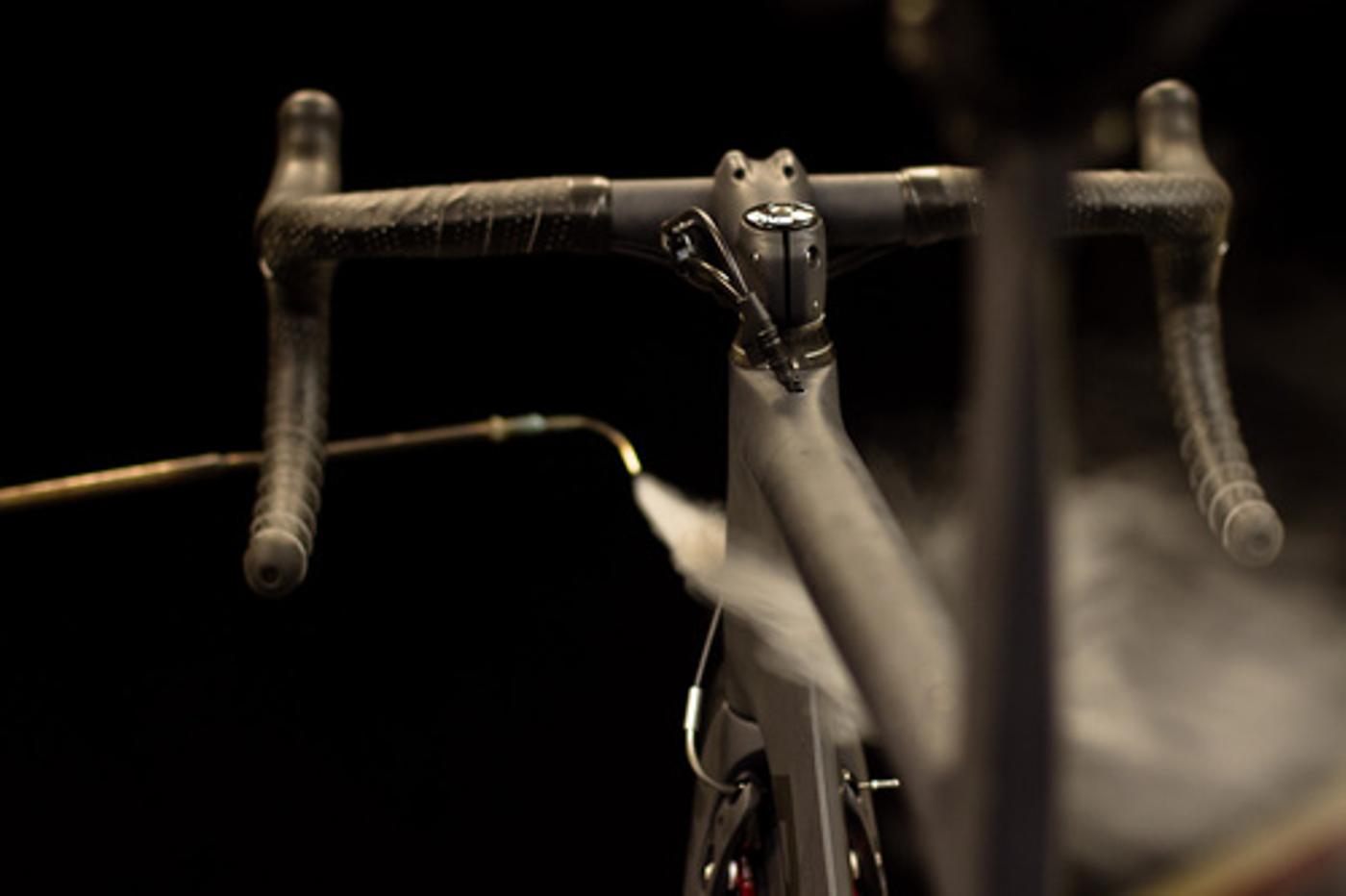 The head tube sliced through the smoke, pulling the air to the back of the bike as Bob made notes as to how the bike design could be improved. 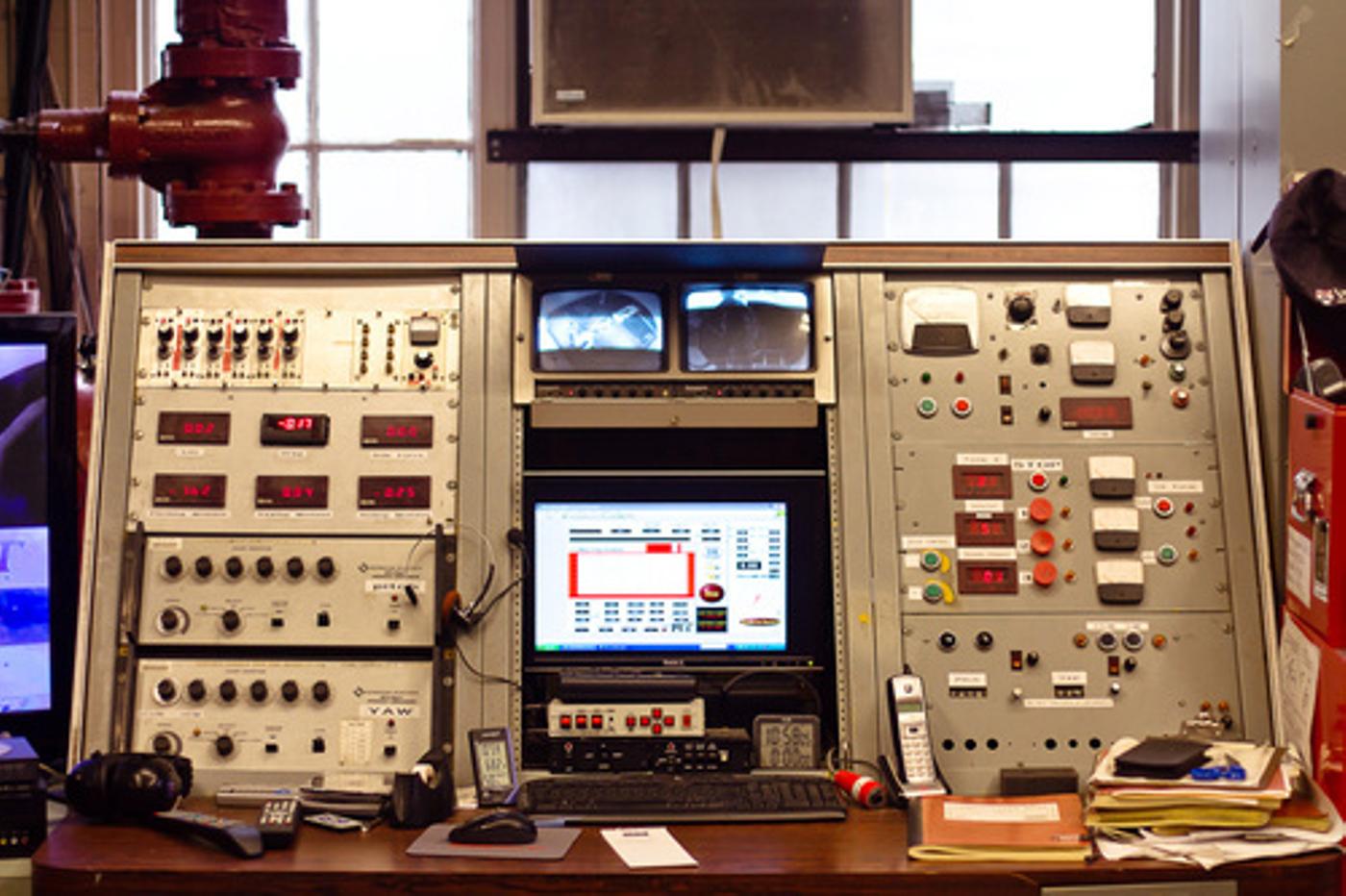 After an hour or so of testing, the team compiled their calculations and gave Bob the information he needed to revise the design. All of this would inform him how to modify the bike to accompany the other facet of the Toyota Prius Project concept bike: the intelligence!