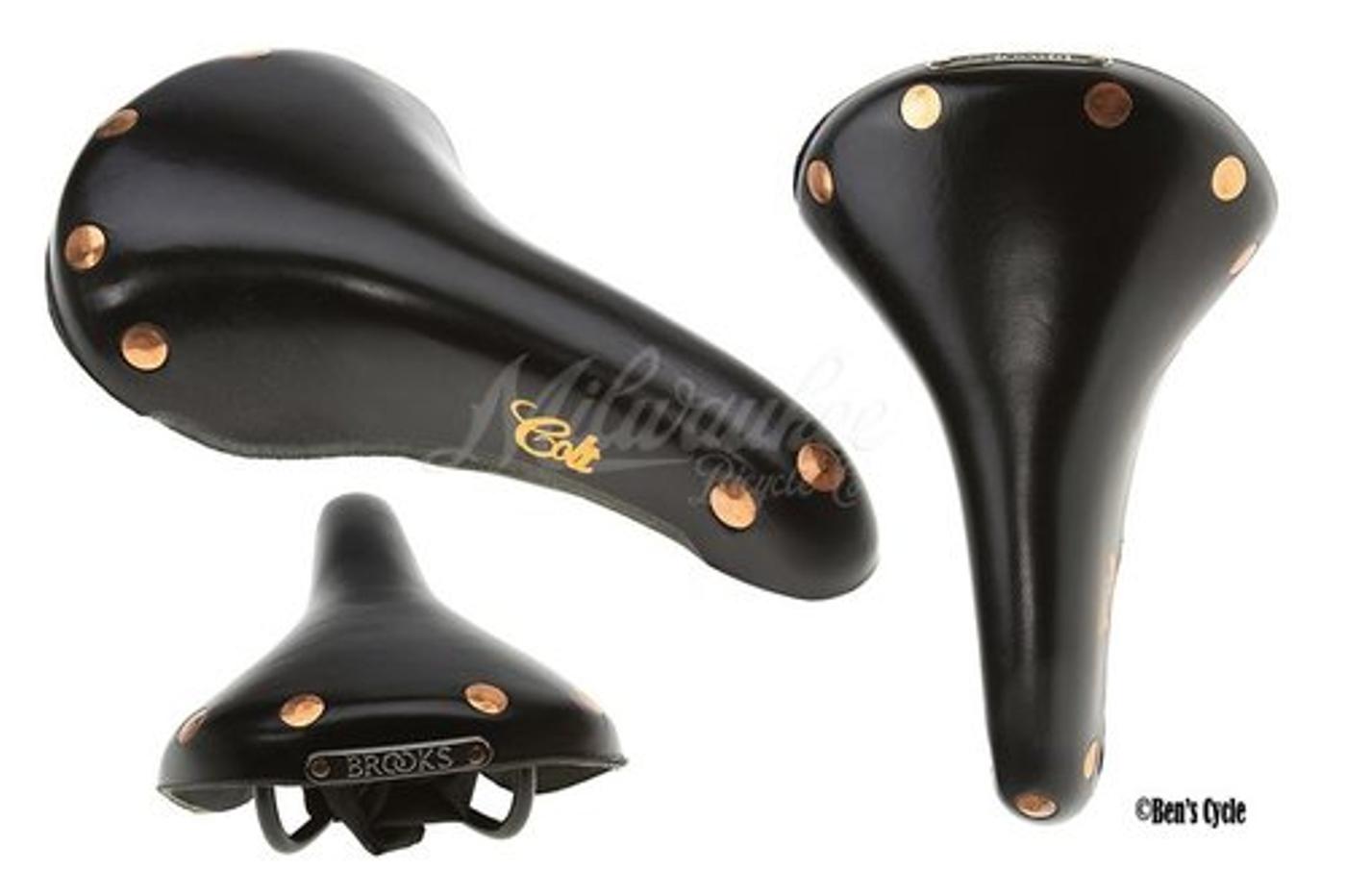 I was going to do a little write up about the significance of the Brooks Colt saddle but Bens Cycle already did a bang-up job:

First produced in 1979, the Colt became famous among Brooks fans for its strength and durability. The Colt was discontinued amidst mysterious circumstances occurring with the sale of Brooks in 2001, but still remains a common sight on roads and avenues around the globe, a testament to its aforementioned qualities. Oddly many a Colt found its home atop BMX bicycles during this time, an unusual deployment for a Brooks saddle, but certainly not inappropriate.

Today the Colt will appeal to a new generation already romanced by the 80’s retro look, and will therefore be introduced in colours that will appeal to this younger, style-conscious demographic. The Colt is now available in Black, Violet, and Mustard, with Pink and Turquoise being presented at Eurobike 2010. The vibrant colours are achieved through natural vegetable dyes, as are all leathers in the Brooks product line.

I had one on my mountain bike in college and it took a real beating. I’m half considering mounting one on my Bruiser. Joking of course. Grab one here or at your LBS!