For the 2010 Interbike, Affinity Cycles wanted to introduce their new 212 road bike with style. Jason had kicked around some ideas and came to one conclusion: drillium. For those of you who need a background on drillium, here’s an entry on Tears for Gears. To start, Jason bought my non-fluted Super Record cranks, my fluted Super Record post and other components on eBay and via Cicli Devotion. After consulting his machinist and researching drillium, he had a direction. The key to drillium is tracking down a skilled machinist. Not just any kid with a drill can achieve the precision required to end with these results. We’ve seen this seat post before, I just wanted to tie it back into a project. Their machinist took 40 grams off this post. 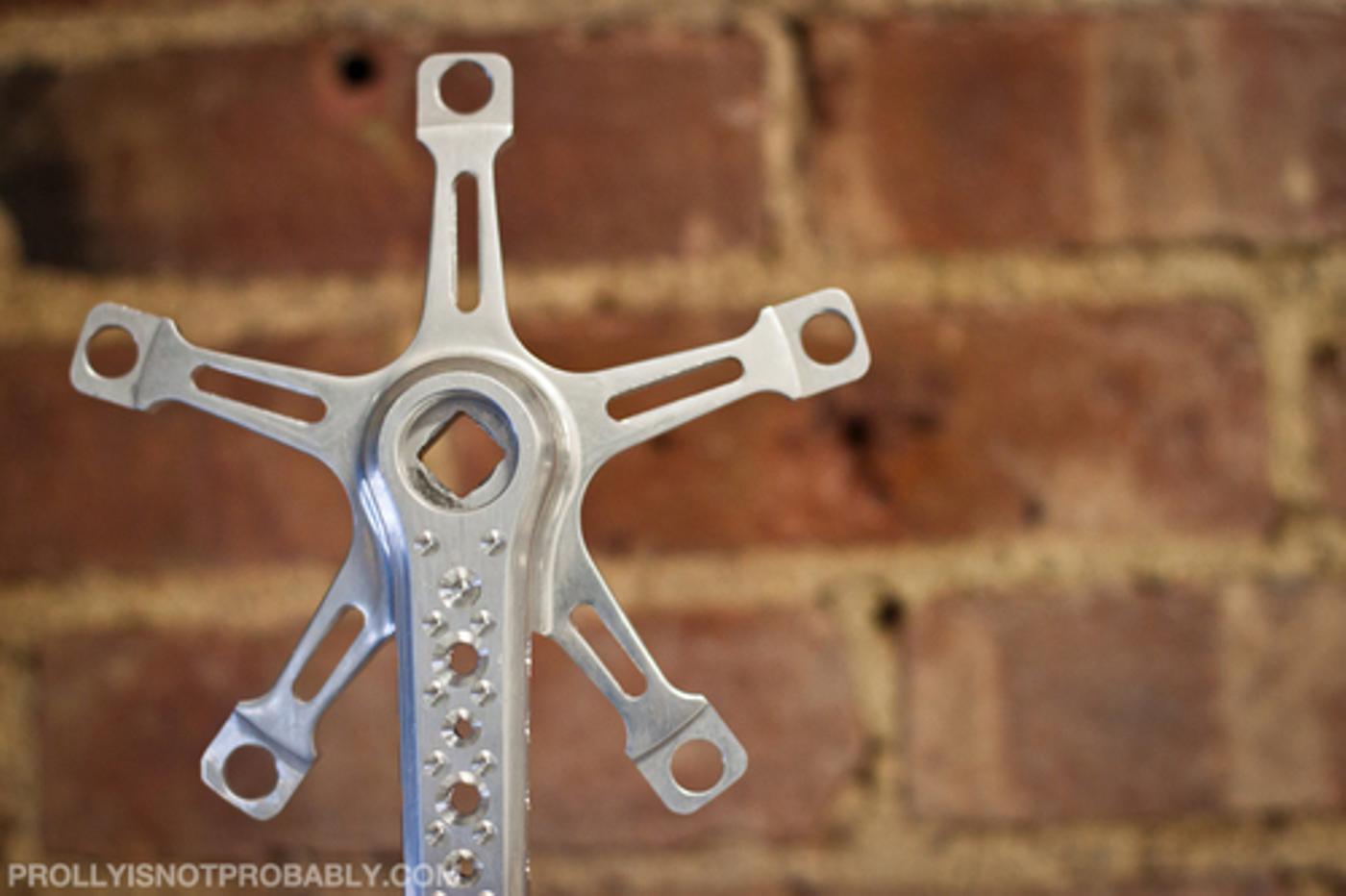 Next up were the cranks. Now, many people have drilled out non-fluted cranks before. But I’ve never seen this done before. An amazing 100 grams was shaved off these arms! This Cinelli stem saw its time under the drill. 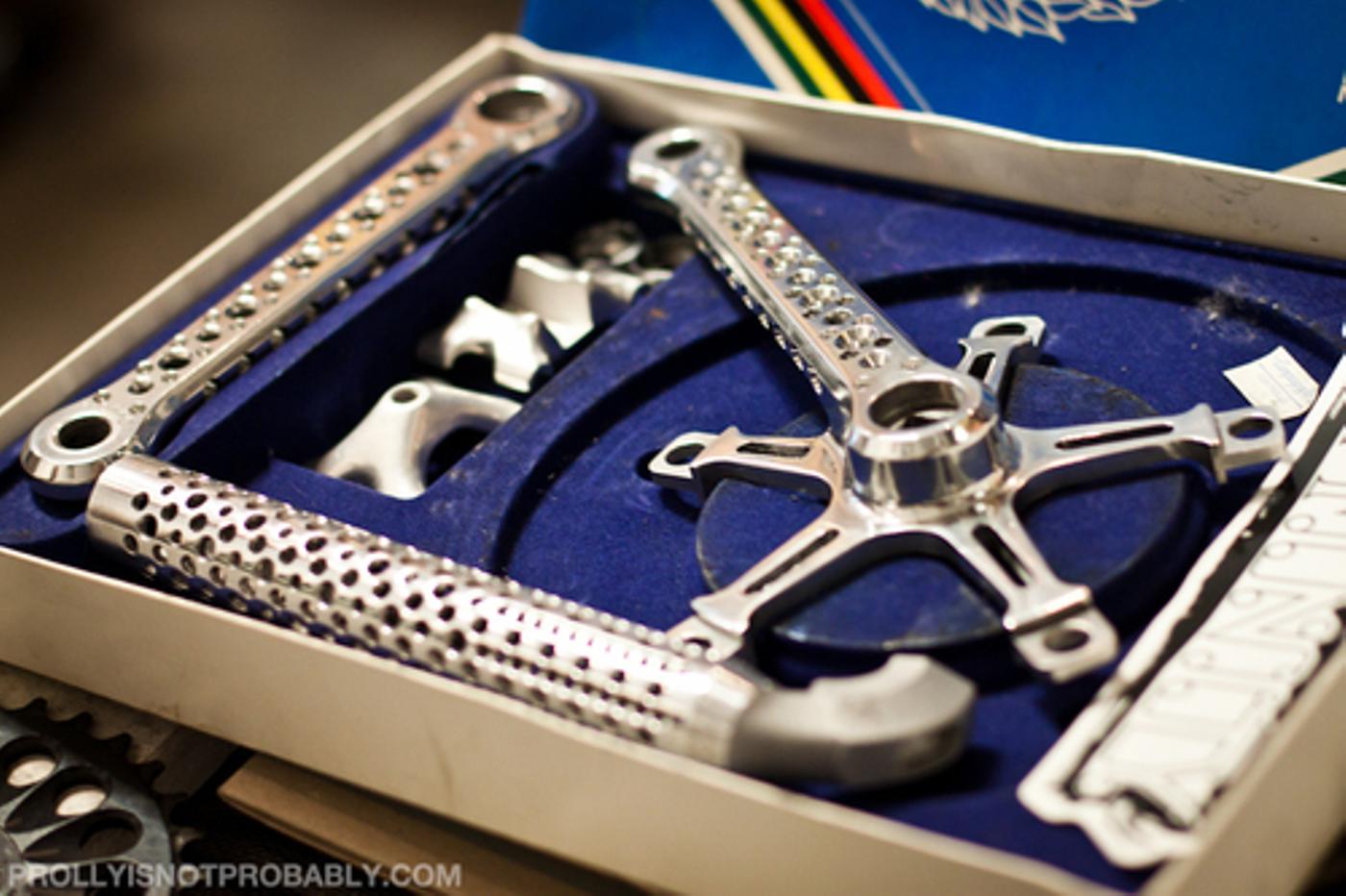 Here are the cranks, all polished up, in their original box. 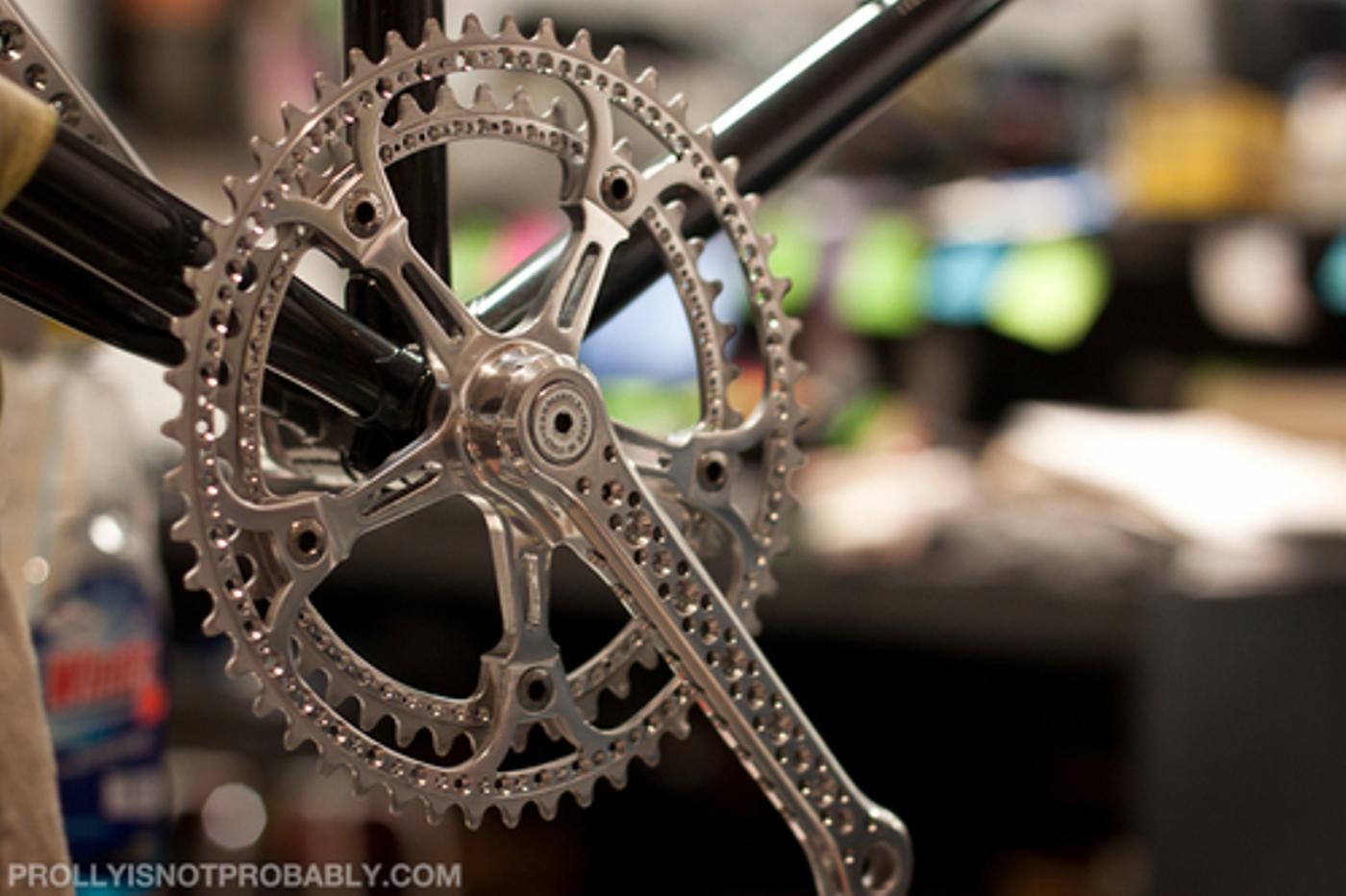 With the rings, on the bike. I gave the team a hard time for using the dust caps. What bike is complete without a Unicanitor? 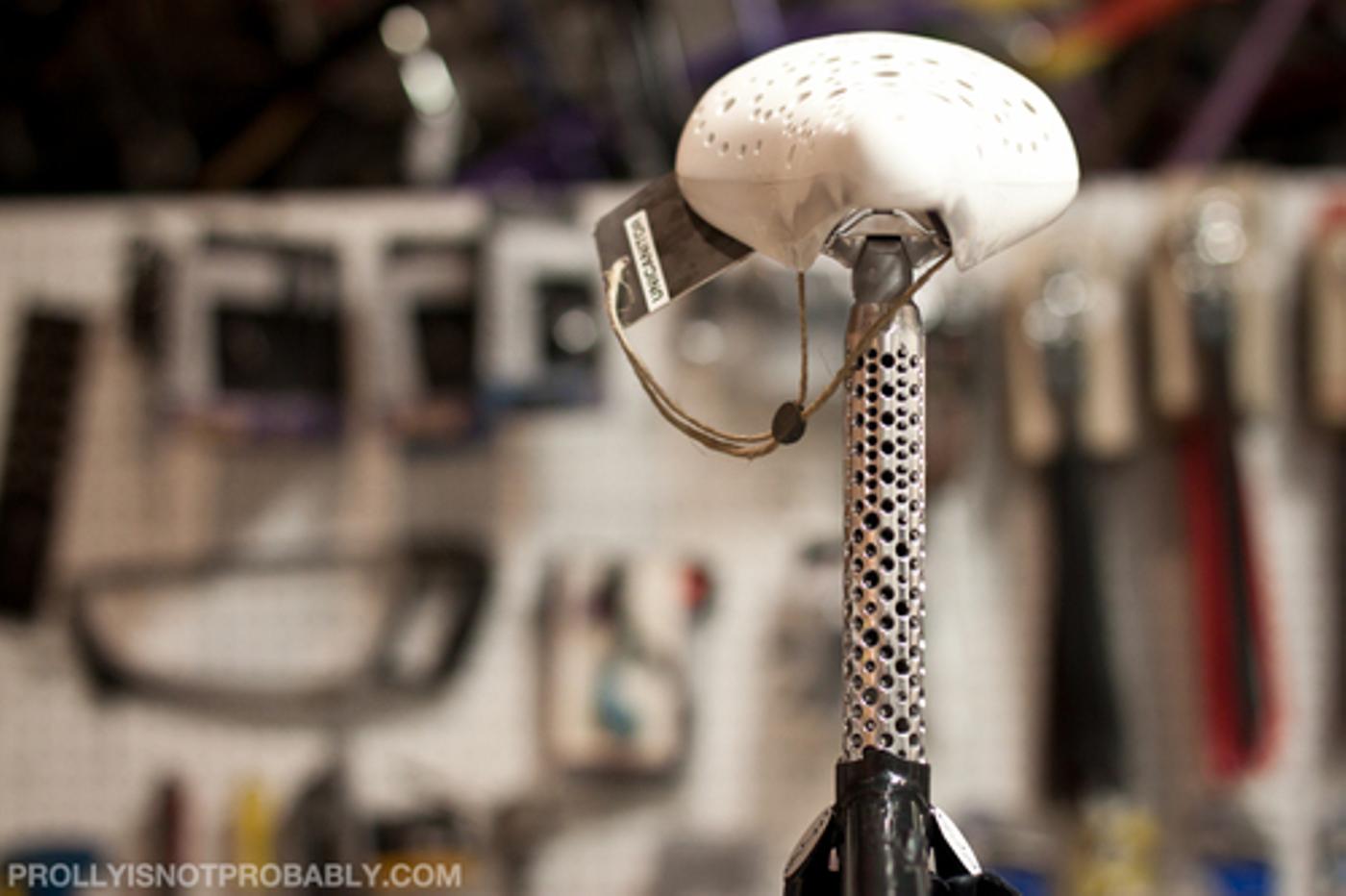 Much less a drilled one? 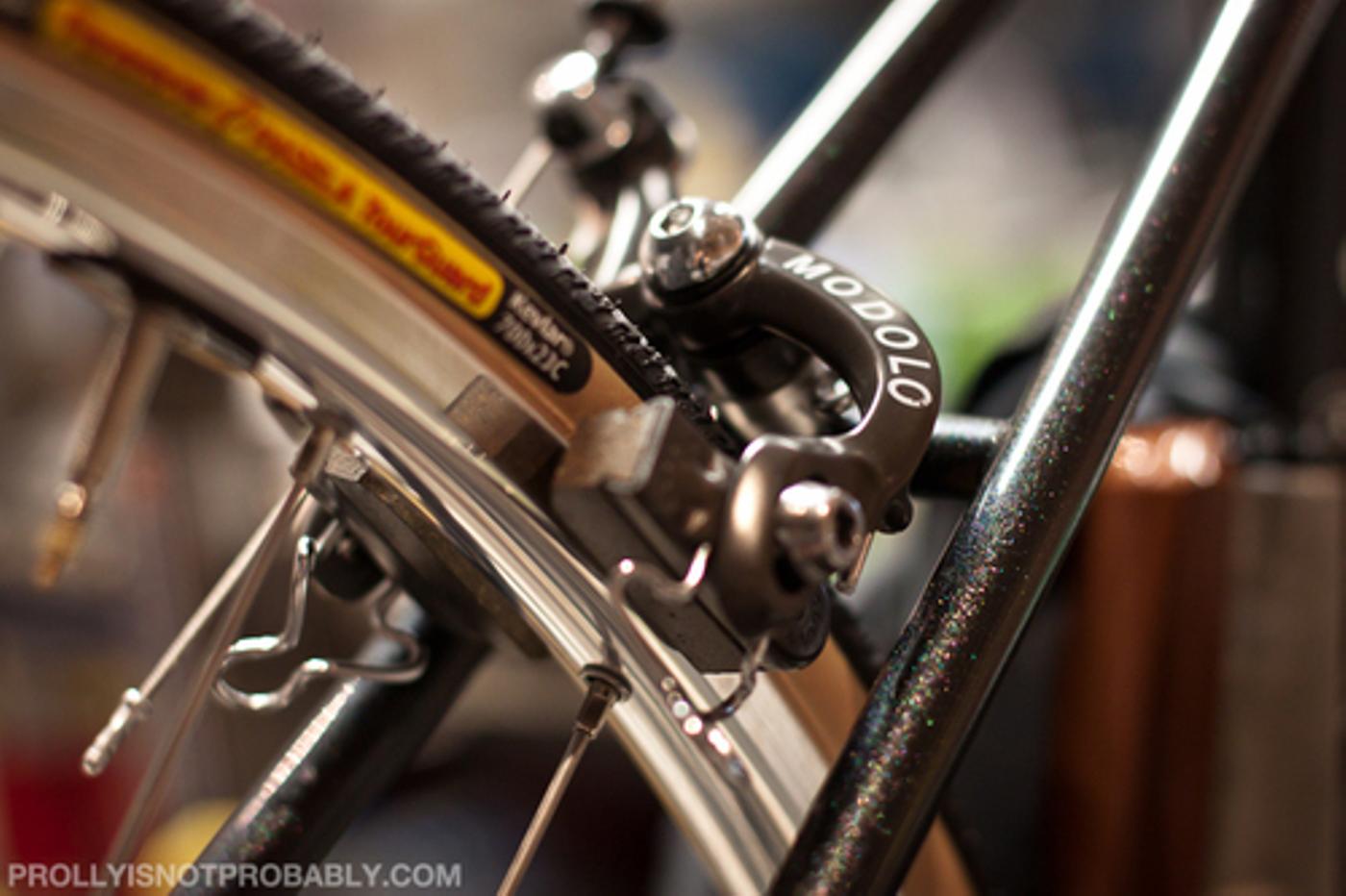 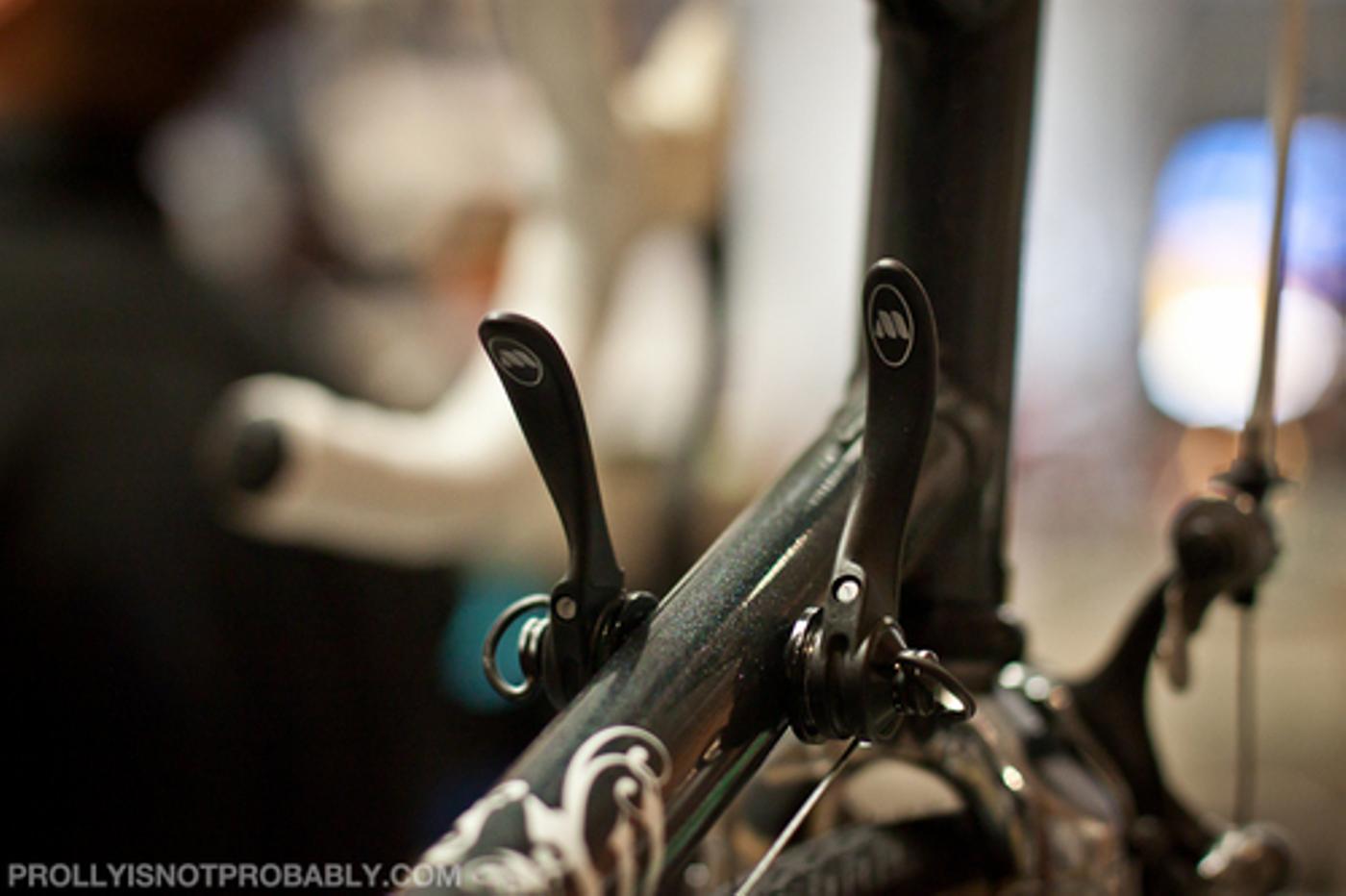 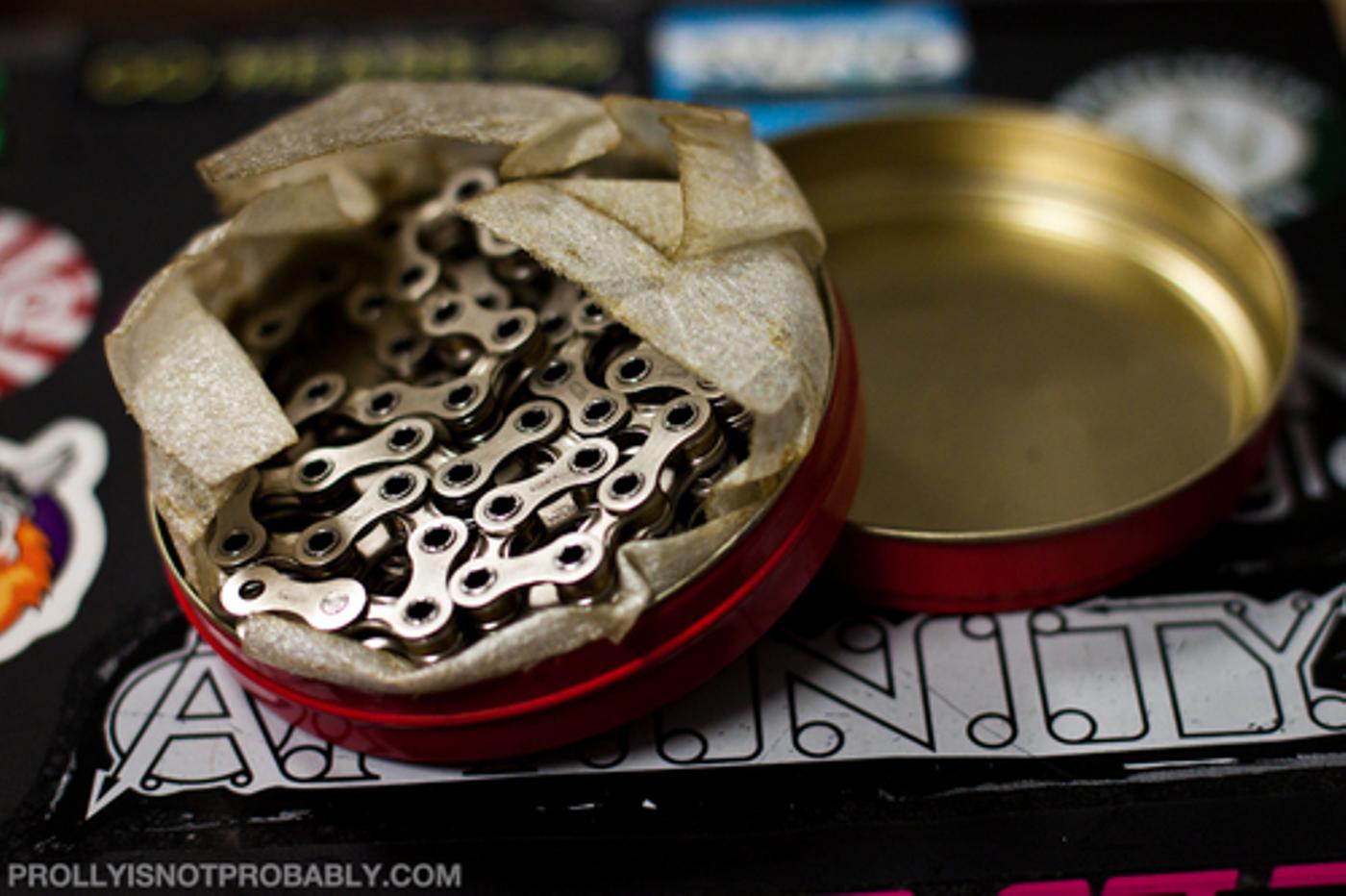 Adding a drillium chain topped the build off. The black Ofmega derailleurs were a nice touch. Here’s the bike, in the stand, right after Cicli Devotion built it. The bike was a hit at Interbike and is on its way back to Brooklyn right now. Once it’s back, I’ll take it out and shoot it. So stoked on this. Congrats to all parties involved! It’s a shame that you can’t actually ride it now…