The Atavistic Urge from Sara Kinney on Vimeo.

The Atavistic Urge is the first in a series of profiles on local talent. I teamed up with Sara Kinney and headed out to Bushwick to catch up with Johnny Coast and Seth Rosko. After two days of watching them work, photographing their workspace and interviewing the two, we came up with an in-depth look into their art: custom bicycle frames. 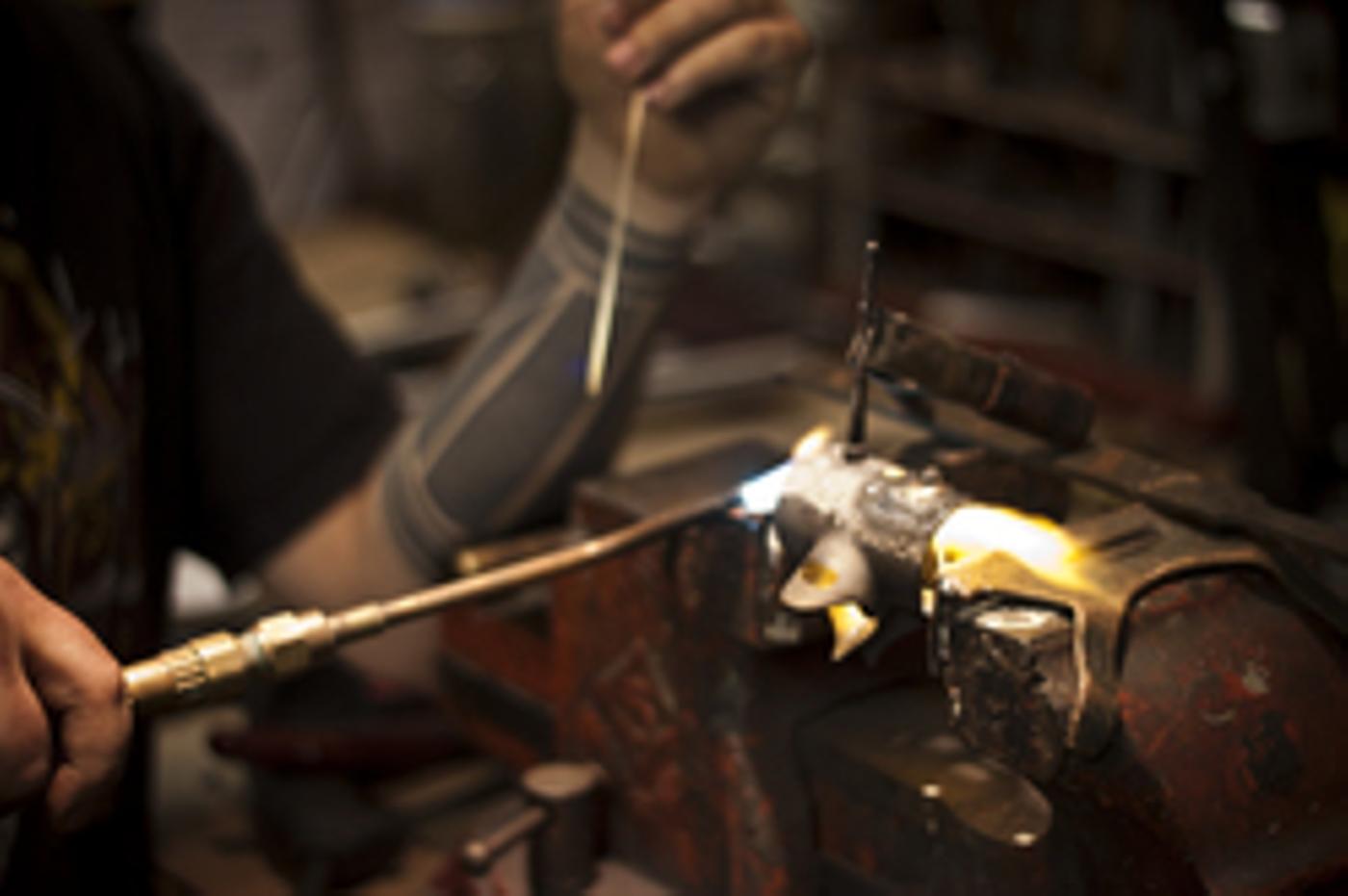 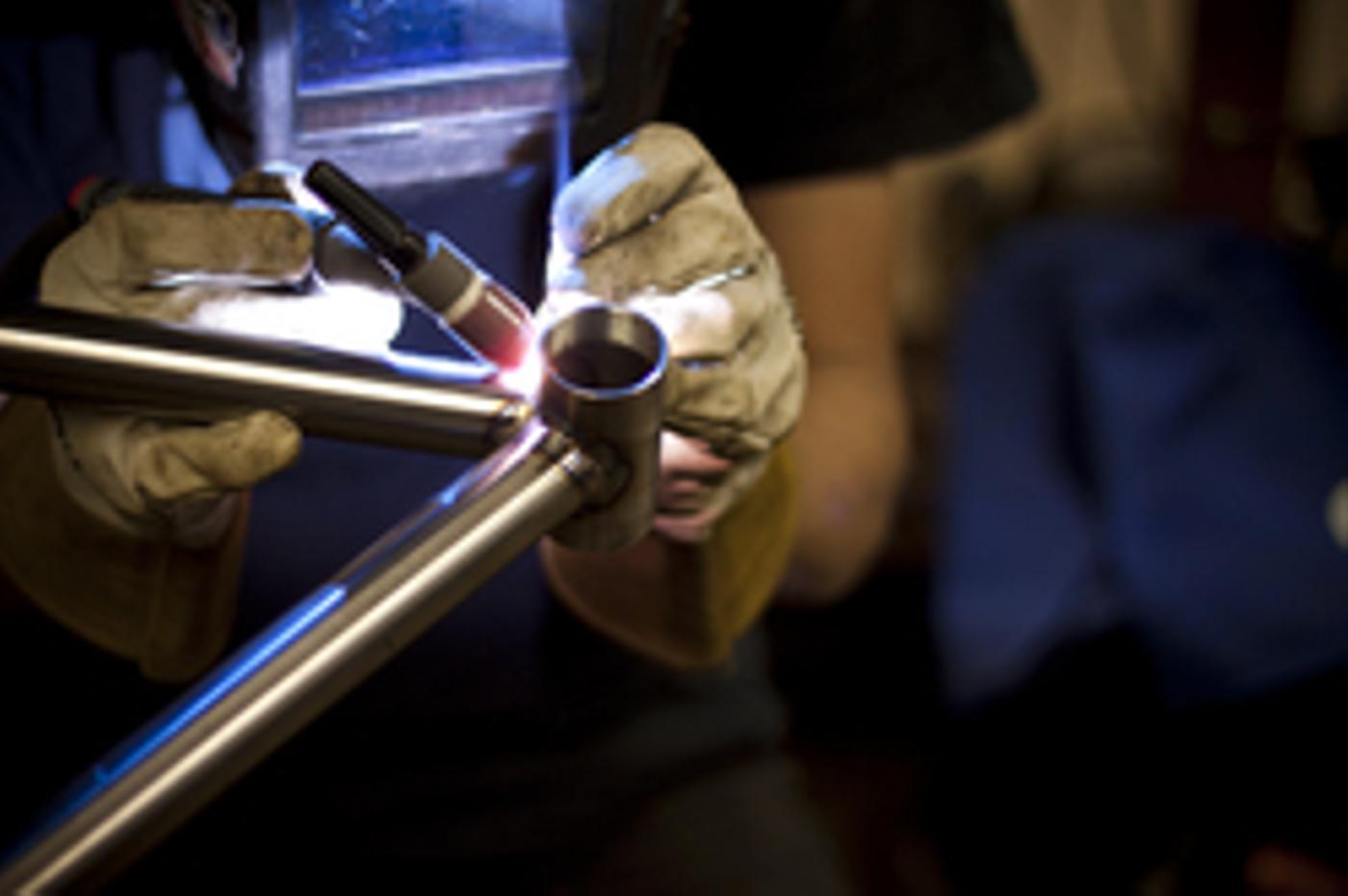 The tig-welder and the brazer; Coast and Rosko work closely together in their small workshop down a dead end street in Bushwick. The one thing that brings them together is the Atavistic Urge. The first day we were there, Coast had just gotten in this cyclo-cross frame back from the painters; Bilenky cycle works. It is absolutely stunning. This bike marks the owner’s second Coast bike. I’m going to try to catch up with him in the near future and take photos of it. Another bike Johnny was working on that day was this randonneuring bike. Like touring bikes, randonneuring bikes, or randos, are designed to travel distances while comfortably carrying loads. The main difference between randonneuring and a touring is that randonneés are typically meant to be completed within a certain time frame. It’s not a race, just a fast-paced tour, so the angles of a rando bike will differ slightly than the super-relaxed angle of a touring bike. This frame was going out to paint shortly after we left. Here are some of Johnny’s storage compartments. A completed build, which he’ll be selling at the Brooklyn Bike Jumble on Sunday. Coincidentally, this is the inspiration for the soundtrack we used in this edit. Seth Rosko is a complex character. He races motorcycles, skateboards, rides and builds bicycles. I first met Seth when he was working at Brooklyn Machine Works on the Gangsta Tracks. Since then, he’s started his own company where he builds everything from street track bikes, to 26″ DJs and city / townie bikes. He’s incredibly talented and one of the most sincere people you will ever meet. 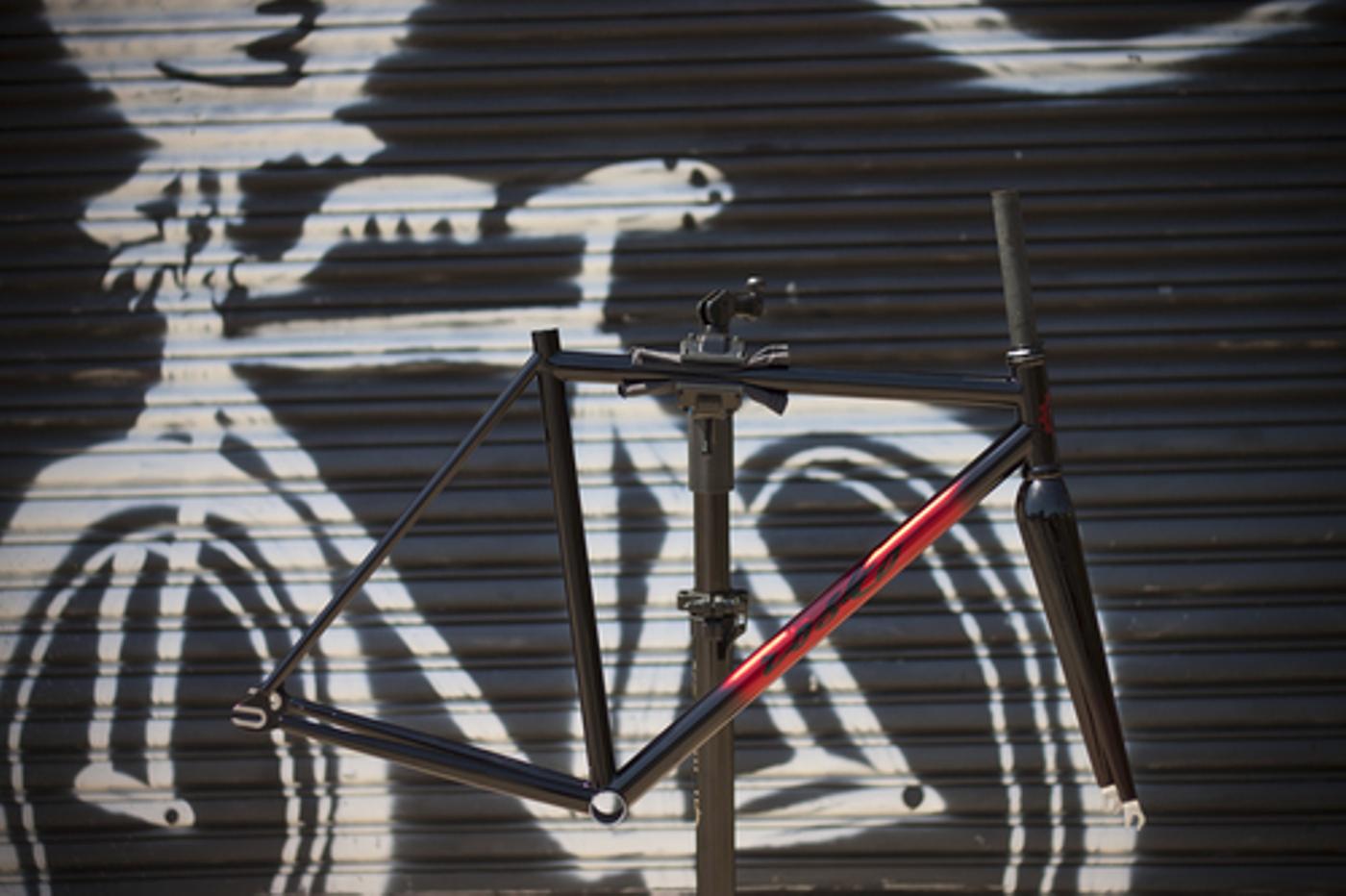 This is his own personal track bike. Wicked paint, tight geometry, stiff and light. Just look at that paint! Gorgeous! Another one of Seth’s projects is this 26″ dirt jump bike. This thing is light, has a tight manual spot and rides like a BMX. 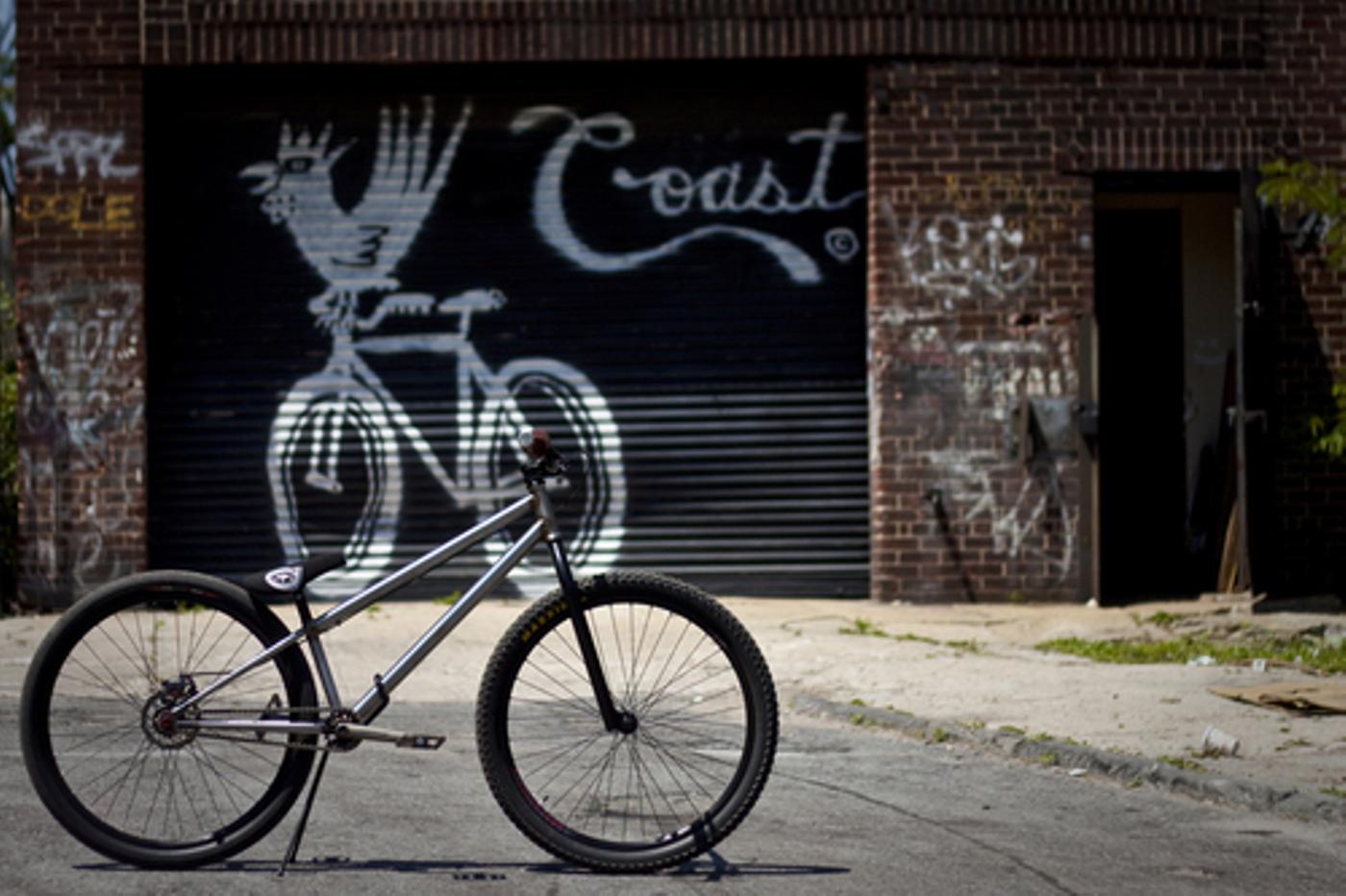 He’s producing a limited run of them, so hit him up if you wanna get on one! When he’s not building a frame, he’s tinkering with ideas or working on one of his many motorcyles. These bikes have a beauty of their own. It’s all part of The Atavistic Urge!

Don’t forget to check out their open house this Saturday. Many thanks to Sara, Johnny and Seth. I’m beyond stoked on this little project and hopefully we’ll be able to do future projects down the road!