When a city loses a velodrome, it can send shockwaves through the local community. Over at the All-City Blog, the team worked with track racer Renee Hoffmann to talk a bit about their beloved National Sports Center Velodrome in Blaine, Minnesota. As a nice supplement to this story, we’re featuring Adam Zuehlke’s video from the NSC Velodrome, so enjoy! 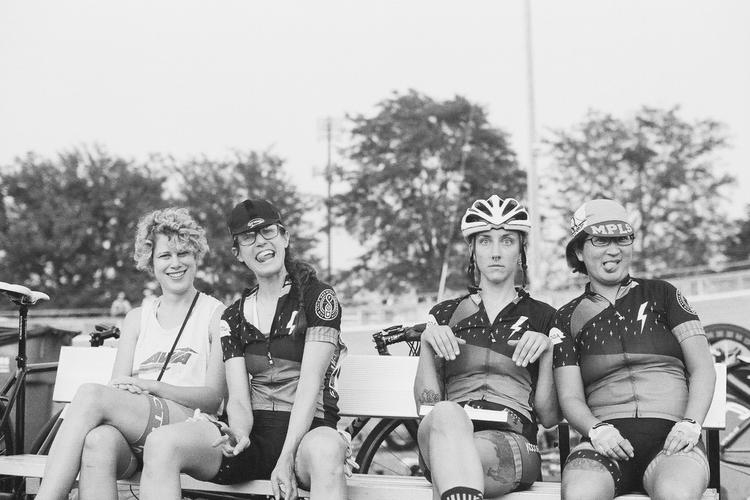 Love Letter to a Velodrome

Words and photos (black and white) by Brenda Croell,  Introduction and photos (color) by Spencer Harding

I had heard much lore about the NSC velodrome over the years leading up to me spending last summer in Minneapolis.  It is truly a spectacle in physicality and community alike. Until you have taken a lap on those old boards you don’t truly understand what it takes to drop into those turns every Thursday night.  After just a few months in this community, I was brought to tears as we left the velodrome to move to Arizona, Brenda and I literally drove our fully packed truck to the velodrome for one last night of racing. I lack the words to describe my sorrow imagining how everyone in this community will feel when this place is torn down next summer.

We met on a cold Saturday in April. Winter had worn on you, rotted your core. My job, along with other volunteers, was to strengthen your weak points; a job you would reciprocate months later. You creaked and moaned as we pulled up your boards to expose your insides. Afzalia had become endangered and so we patched you with lesser wood. Rotten next to the new, but “well-loved” was the word I chose to use when talking about you to friends and family.

Summer meant I spent every Thursday I could spare with you. My body leading up to that day reacted as it does before a first date: sleepless nights, unbridled giddiness, overthinking, and trying on my skinsuit countless times. Instead of butterflies in my stomach, my lower region decided to nervously poop for 24 hours leading up to our meeting. Was this love?

Once a week for three months, my weaknesses were unapologetically put on display. Dark truths of my life that I had done well to ignore were spoken so clearly from an inanimate and seemingly voiceless object. “Eat more. Or you will not be able to ride.” And so I ate because being away from you meant my body would wither. “Leave him and be free.” And so I left because the three hours I spent with you were more joyful than the past three years of my life. I always thought it was a cliche when I overheard folks saying bicycles changed their life. But there I was, truly living on two wheels without brakes and without fear, speaking a sentence over and over that had never felt comfortable coming from my mouth: “I am strong.” What was supposed to be a casual hobby quickly turned into therapy while my competition soon became family.

Unfortunately, your time is coming to an end. And I can’t save you the way you have saved me and countless others. The space you occupied, which was dedicated to bikes and their humans, will ironically become a place for cars to park. Your soft green grass once littered with grandma quilts that were occupied by sweaty bodies of exhaustion and elation will turn to hard concrete. Silence will replace the sounds of rumbling boards, cheers from dedicated fans, and ridiculous infield dance parties. The bright lights will go dark and no longer illuminate faces of determination and defeat. We’ve seen this finale before. Dorais. Olympic. Stone Mountain. Fallowfield. Meadowbank. Dieppe. Your name will be added to the long list on a Wikipedia page titled “Velodromes No Longer in Use,” followed by a short description that does your story no justice.

I started this relationship knowing there was an expiration date, and that awareness has not softened the heartbreak. I refuse to accept that the only narrative told of you will be two sentences, one of them including the word “demolished.” You deserve better than that because you are magic incarnate. Each board possessing the ability to not just call out my fragileness, but also my strengths. The pieces of you that will stay with myself and others, outside of the literal splinters under our skin, are in the form of lifelong friends and a passion to preserve the freedom and power we all felt pedaling in circles at the NSC Velodrome.

The NSC Velodrome in Blaine, Minnesota is being torn down after the 2019 season. It has hosted countless Thursday Night Light competitions, Fixed Gear Classic, Track Cycling Championships, and Olympic Trials. One of the largest WTF fields in the country called the boards home, and numerous racers from around the country were able to experience riding what can only be described as a wooden roller coaster. The track community in Minneapolis is currently working hard to contact legislators to find a location and funding for an indoor cycling center that will not only benefit athletes but the community as well through youth job training programs and a variety of learn-to-ride cycling classes for children and adults.

After losing one arm and one leg in a motorbike accident, Juanjo Méndez focused his life on cycling, becoming one of the most competitive in his track racing category. Today, at the age of 53, he enjoys riding on open roads and the Olympic Velodrome in Barcelona. 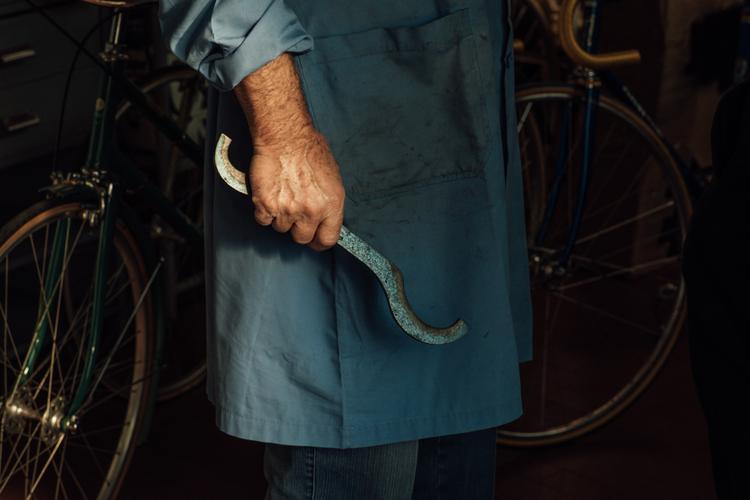 Alberto Masi and the Vigorelli Velodrome
Photos and words by Brian Vernor.

The Red Hook Crit is in Milan for the final race of the 2017 championship series. This race exceeds expectation every year I go. This year we once again had a private pre-race track day at the legendary Vigorelli Velodrome. In the velodrome itself is Alberto Masi’s frame shop, which I visited with many other racers and fans. His crew brought out some vintage bikes and dernies to run on the track. It was an amazing day blending cutting edge contemporary racing with the timeless spirit of Italian Cycling. Much thanks to Trimble Racing and the Red Hook Crit. Now, to the races…

… is a good way to spend the day at the San Giovanni al Natisone Velodrome in Italy. 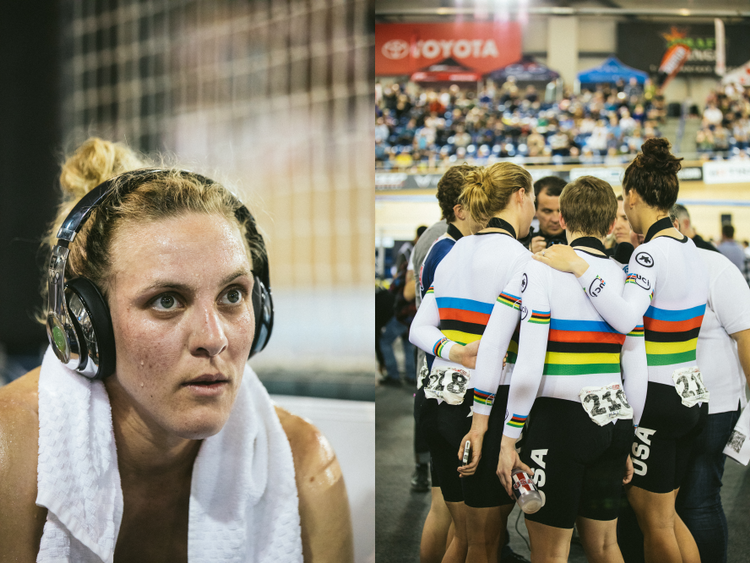 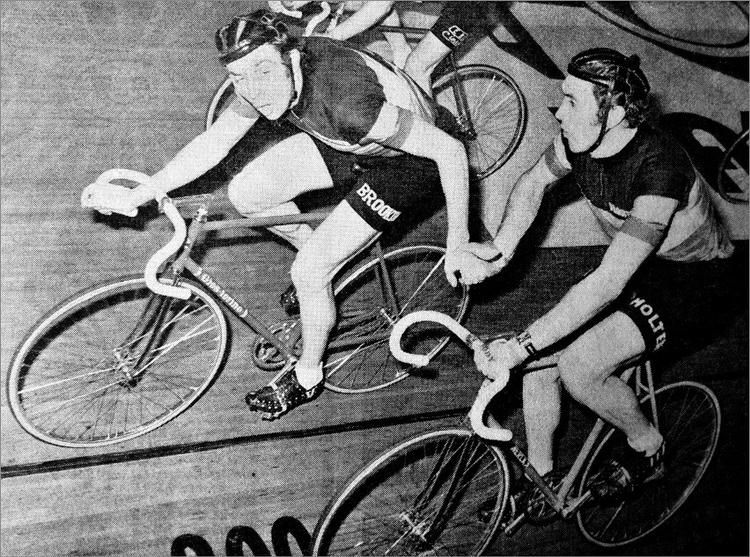 Here’s a rad bit of cycling history. Back in 1976, Eddy won the Antwerp 6 Days with his good friend Patrick Sercu. Here’s the duo racing the madison. Later, they would win the National Team Championship together. Photo via Walter Vermeulen’s Flickr.

With the Olympics upon us, we’re getting a healthy dose of track cycling these days. Donkey Label takes to their local velodrome to get in the spirit.

Christian from Minneapolis made this short video on the NSC Velodrome’s struggle to stay open. For more information, head to the MN Cycling Center’s website.

Sir Bradley Wiggins and Becky James get to show comedian Jack Whitehall the ins and outs of track cycling for Samsung UK. This one’s too good!

Gillette meets up with Jeffrey Hoogland as he prepares for the Rio Olympics. The PDW Omnium returns this year to Alpenrose Velodrome in Portland. Head to PDW for all the details!

Check out this video featuring Jeffrey Hoogland as he breaks down the sport of track cycling.

At the recent World Cycling League, Kyle Kelley from Tracko and Cesar Alvarez documented an afternoon of track racing for Affinity Cycles. Check out more photos at Affinity and enjoy the video above! 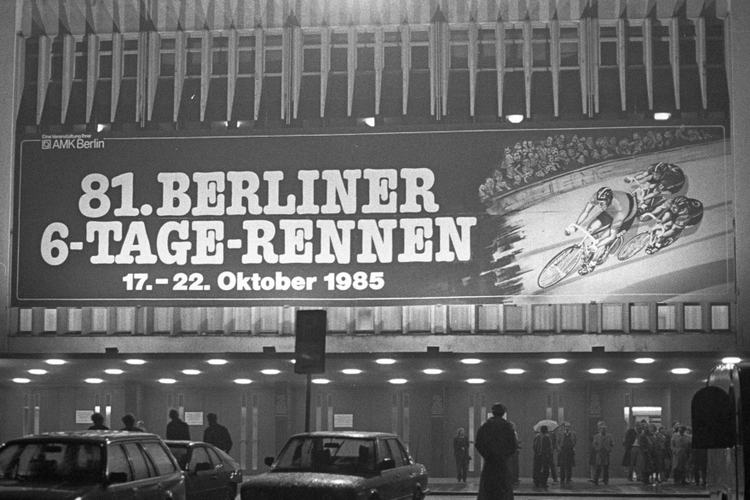 Those classic black and white photos from the 1985 Berliner Sechstagesrennen Sid Day Race are now online for free. Not familiar with Trackside ’85? Here’s a synopsis, or you can just head over and check it out!

“17th of October, 1985, West Berlin, four days before the wall fell. The city is still an isolated island deep in East German territory. The cold war is more tangible here than anywhere in Europe although Glasnost will very soon spark the change that most Berliners are openly or secretly dreaming of. Trackside ‘85 is the work of Swedish photographer Staffan Jofjell and has been made public with the support of Ass Savers. The previously unpublished pictures were brought to life through a photo exhibition in 2014 that has been on show in Berlin, London, Barcelona, Oslo and Manchester. We are proud to finally bring this piece of cycling history to the internet. Enjoy.”

Rad Race put together a video recap series from Sixdays Berlin. Here’s days 1-3 and you can see the rest at the Rad Race Vimeo page.

This is a great video!

“Chronic obstructive pulmonary disease (COPD) is the name for a collection of lung diseases and chronic obstructive airways disease. In 2008, Philippe Poncet was diagnosed with stage 4 COPD. Despite this diagnosis, he is an avid cyclist and in this film challenged himself to ride Col du Lautaret supported by his team of doctors and athletes.”

Check out more at the NY Times. 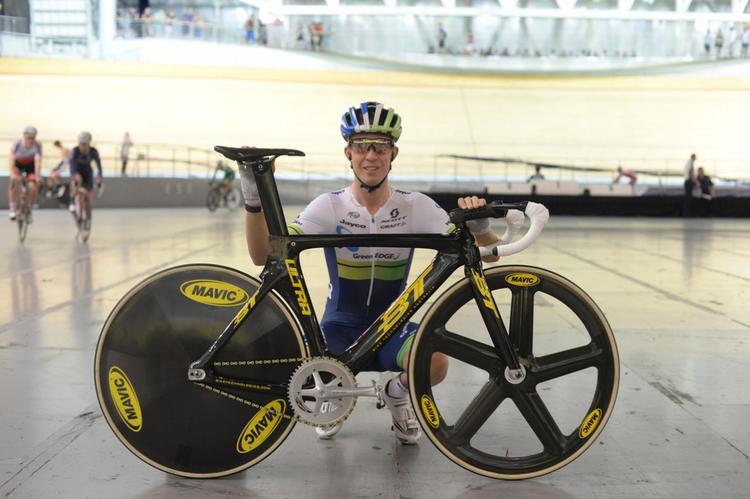 Madisons are one of the most exhilarating track races to watch. Recently, the Austral / Australian Madison Championships took place in Melbourne, prompting Andy from FYXO to venture out in the hot, hot, hot summer heat. Clearly the outside temperature wasn’t the only thing on fire that day. Those BT bikes!