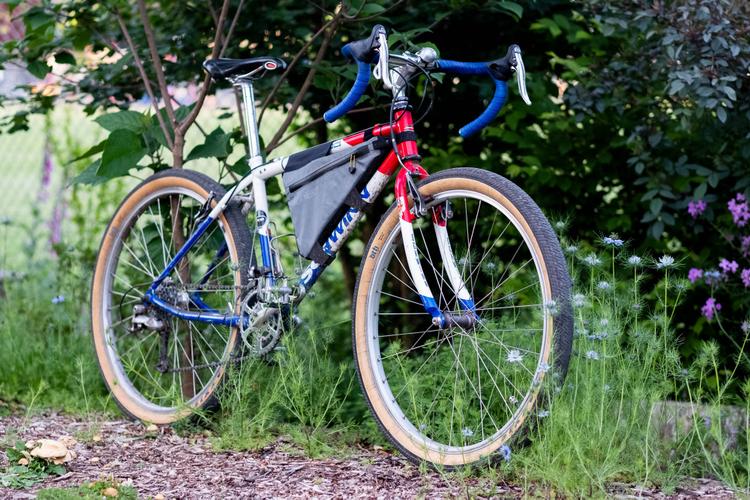 This week for our Readers’ Rides post, we’re featuring Krishna‘s 1991 Schwinn Paramount PDG Series 90 in all its early 90’s glory, so read on for words and photos by Krishna below! 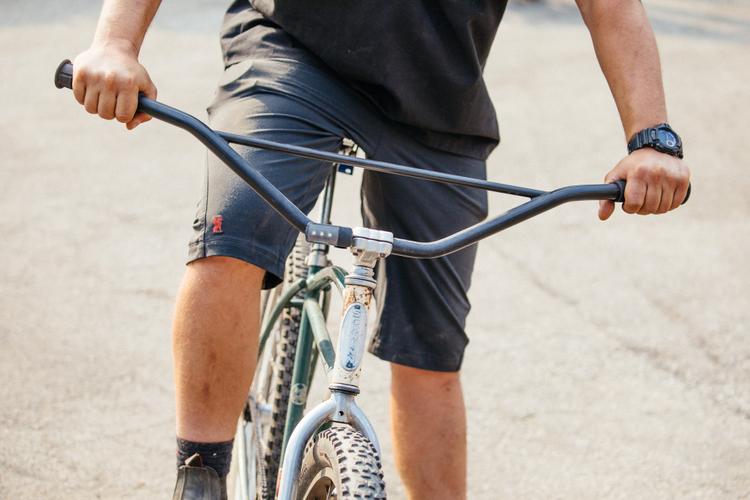 When I was an architect, a few clients came to us with project proposals, revolving around a key object like a doorknob, a bookcase, or some other heirloom piece. In essence, they wanted us to design a house around this object. Believe it or not, this happens a lot with bikes as well in what I call “Genesis components.” Someone has a stem like a Ti Grammo Art or a crank like a Kooka and wants to build a complete around that part. More often than not, it’s that heritage piece that really ties a build together. These unifying pieces don’t have to be vintage and they don’t have to be the Genesis piece. Take Spencer’s 1956 Schwinn cruiser build for example.

Spence is an employee at Yuba Expeditions, the shop and shuttle company in Downieville that’s an extension of the Sierra Buttes Trail Stewardship. Everything sold at Yuba and every shuttle run purchased goes right back to the Buttes. It’s a solid system and gives dudes like Spencer and the rest of the team at Yuba, a great job in an even greater town.

Downieville isn’t a hilly town. It’s pretty flat along the main drag, so Spencer wanted a beater bike to kick around on. That’s when he pieced together this 1956 Schwinn cruiser, which fit a nice knobby tire, a modern unicrown fork, a Brooks Saddle, and yeah, the Genesis piece – the bar that really tied the build together.

A few years back, S&M introduced a new handlebar to their MUSA lineup. The Husky High MX bars are replicas of 1972 – 1977 Husqvarna Motorcycles High Crossbar. Once Spencer saw them, he knew where they needed to go.

Genesis components aren’t always the beginning of a bike build, but they do make a build unique to the owner. The context of this bike made it so unique to me, as it sat next to multiple $10k+ carbon full sus builds. Thanks to Spencer and Yuba for making my last trip to Downieville so much fun!