This is it. A whopping 15 Minutes, 20 Questions and 32 Fun Facts with Peter Sagan from Manual for Speed!

“Manual For Speed interviewed Peter Sagan on the tarmac in the Truckee International Airport in front of an airplane and a custom gold Specialized Diverge. We didn’t ask him about racing and bikes because it’s already been done at least a hundred million times. Also its our opinion most of that stuff is either self-explanatory or immaterial. Bottomline, you only have to watch him race once to know that he’s is the most relevant, sexiest, Most Animal cyclist currently racing. No, MFS asked him a series of hard-hitting and deeply personal questions about the man, Peter Sagan. And in response, we learned a minimum of 32 illuminating insights into how the youngest member of the Pantheon For Speed works. #humanathletesvisualvideoshowcase”

Sagan’s Roubaix victory was iconic, yet the thing that left an impression on me was his 100% moto goggles. It was one of those racing moments that had me laughing with glee. His sponsorship by the brand has produced a number of videos with the Slovak professional, including this one, featuring their Speedcraft AIR design. What is Speedcraft AIR? Well, watch this, set in the Mojabe to find out.

Sagan, for the win!

… I can’t get enough of this dude!

The World Champ, sprint-winnin’, wheelie master Sagan can do just about anything, can’t he? 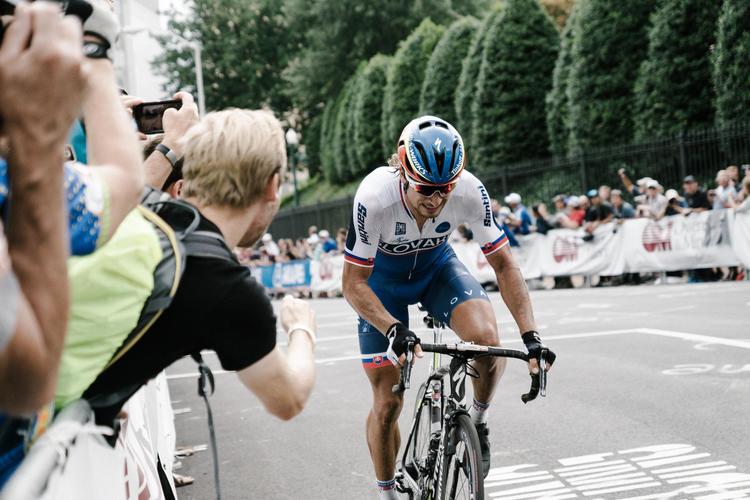 There’s no denying the success of the recent UCI Worlds in Richmond, Virginia both in regards to the host city itself and the overall race. What an ending! For those looking for a more in-depth phototorial on the race, head over to Rapha for one of the best recaps I’ve seen…

Mute the music and just watch Sagan do his thing. Man, someone needs to get this guy racing cross again.