Yes, it’s a little late for a Halloween-themed video but how good is this? Check out more on the Neckface x Fairdale Flyer at Fairdale.

The Chocolate Express is a collaboration between Fairdale Bikes and Chocolate Skateboards that is available at the Chocolate Pop-Up Shop at Bodega DTLA and online at Crailstore.com.

Fairdale has expanded its lineup for 2020 to include more bikes for the whole family to enjoy. From the Macaroni kids bike all the way up to their popular Weekender Nomad, there’s something for everyone. Head to Fairdale to see the whole lineup! 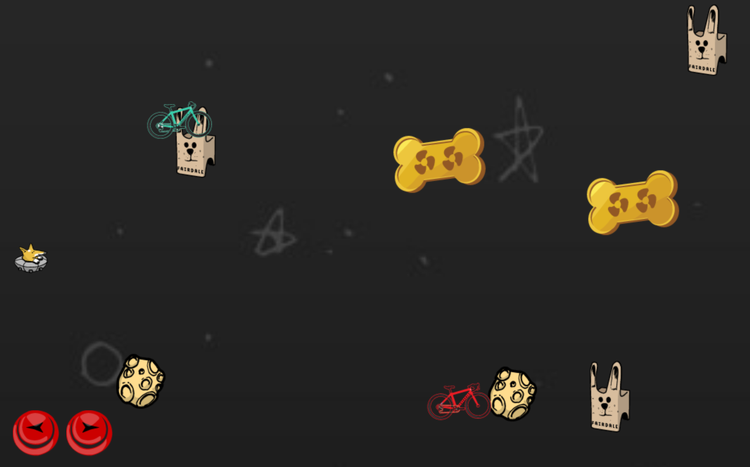 Help Monty the Corgi get back to his mothership and see the full lineup of Fairdale’s new bikes. Play Astro Monty at Fairdale! 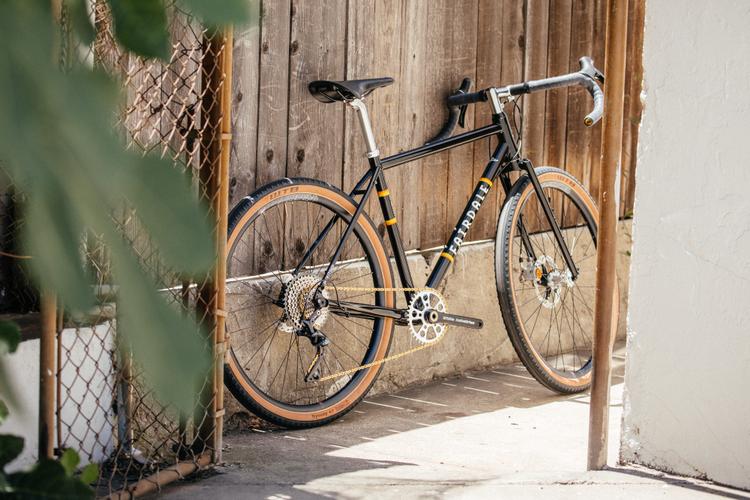 This build, like many that arrive as a box of parts and roll out the door of Golden Saddle a beautiful, functional completes, is just filled with great details and components but the thing that ties it all together is the fork. The fork was made by our friend Carlos, aka Weld Street Loco / Dark Moon Fab Works. Carlos lives in Los Angeles, where ha has worked for numerous fabrication companies over the years, before switching to work full-time on frames for Aaron Stinner, and finally, setting up his own shop. Andrew wanted a steel fork for his steel Fairdale Rockitship and Carlos built one to the same spec as the stock fork, but with a few added bits of functionality. He was planning on building it up as a chubby road bike but equipped for light touring and bikepacking. Hence for the need to have bosses on the fork to carry a rack or cargo cages.

The rest of the component selection is on-par with a lot of builds rolling out of GSC’s doors. Not because of the trend but because these are made by people like you and me, who really love bicycles. They love them so much that they want to make the best parts to their abilities, right here in the USA. … and Japan!

Andrew plans on taking on the Oregon Outback route this fall, so wish him luck! 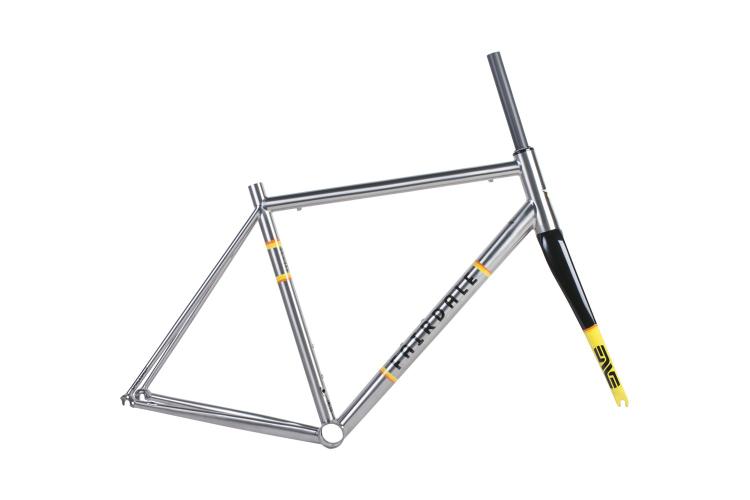 Titanium is an exceptional frame material, yet the cost keep many people from experiencing their unique ride quality. Fairdale took their tried and true Goodship geometry and made a small run of titanium frames, dubbed the Spaceship. These are in stock now at Fairdale, for under $2,000, in either mechanical or electronic, including an ENVE 2.0 fork. Head on over to Fairdale to see more information! 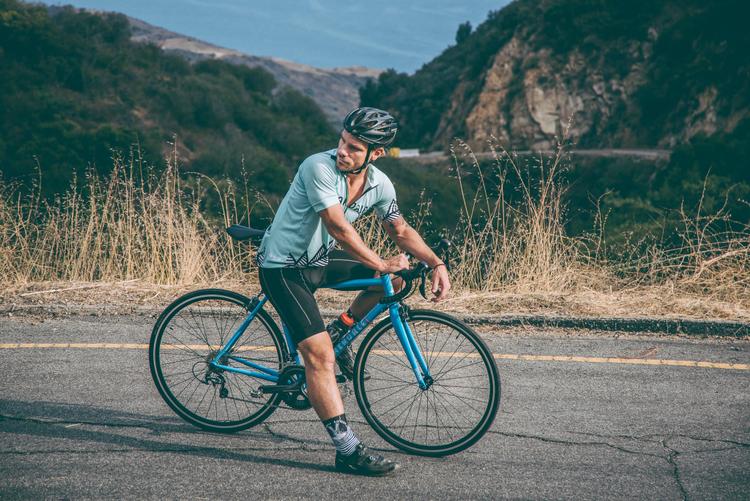 For 2018, Fairdale brings back many of their offerings with new component selections, such as the Goodship road with three kit offerings, alongside new completes, such as the Lookfar Dropbar model. With this catalog, there’s just about something for everyone and any budget in there, so head to Fairdale to check it all out and your local dealer to test ride one today.

Like the big, bad brother to the Goodship, the new Fairdale Rockitship can tackle your road rides and more with fender, rack provisions, and bigger tire clearances. If you like the looks of this bike, check out more details at Fairdale! If you want to see this prototype become a reality, drop a comment here and let them know. 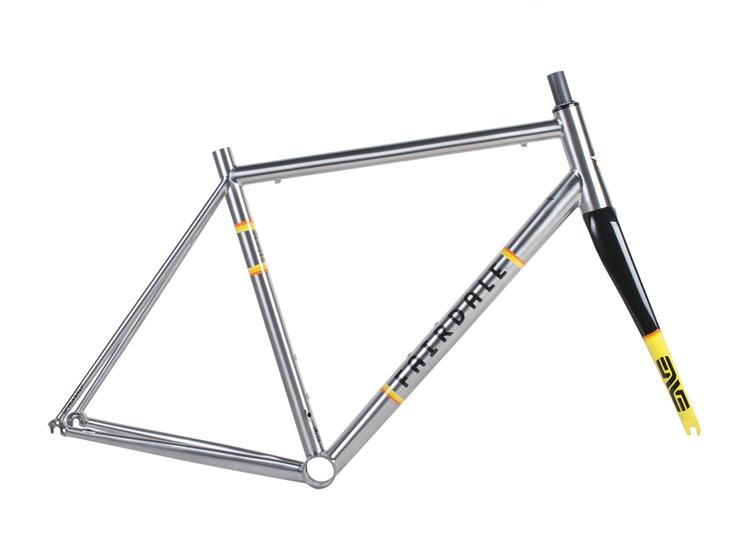 Fairdale’s Goodship is a great steel road bike. We’ve looked at it in detail over the past few years since its launch and so when I came across their newest project, the Spaceship, I wanted to know more. My main question is “will this ever go into production?” Well, Fairdale seems to hint at that being a possibility. Right now, there’s one built up with Shimano Di2 over at the Fairdale blog, along with some other tidbits of information like a projected pricepoint of around $2,000 – $2,500 for a frameset. Head over to the Fairdale blog for more on the Spaceship!

Glacier National Park is one of the most majestic parks in the US. In this video, a few of Fairdale’s ambassadors take on the Going to the Sun road. Head on over to Fairdale to check out some photos from this ride.

Fairdale recently did a feature on Cache, one of our friends here in LA on his Los Angeles chicken murals. There are a lot of great photos over at the Fairdale blog to accompany this video, so check those out too!

Fairdale teams up with Biltwell on a special edition Weekender Archer in vintage white. You can see more information at Fairdale.

Here’s a really simple, yet creative look at Fairdale’s 2017 lineup, many of which we’ve taken a look at here at the Radavist over the years. Check out some of those galleries on the lefthand side of the page and see more information at Fairdale!

Fairdale recently took their Goodship road bikes to the French Alps to tangle with some mountains. If this video doesn’t whet your whistle enough, check out more at Fairdale!

Don’t just toss those front derailleurs away in the recycling. Put ’em to use!

For 2016, Fairdale took their versatile Weekender frame and gave it a splash of turquoise for those desiring a more colorful palette. Fret not, you muted lovers of black bicycles for there’s also a black frame option with a chrome fork as well. Don’t forget to check out all of Fairdale’s 2016 bikes.

Sandy Carson is a living legend in the world of BMX photography and over the years, his interest in other forms of cycling has evolved from his obsession with 20″ wheels. Check out this interview with Fairdale highlighting his life on the bike.