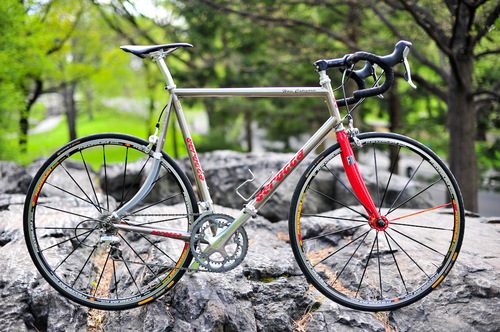 Everyone has a friend like this. You know the type. They always have the most insane projects in the works and they’re totally secretive about it. One day, they’ll just upload some photos to their Flickr and you’re all like “Wow, that’s a nice bike”. A couple seconds later and you realize it’s theirs! Sasha’s kind of like that. Luckily for me, when they’re too big for him, they become mine.

This one in particular is different. I don’t think I could afford it! Sasha’s been workin on a new Spring build and it just so happens to be a Serotta Hors Categorie. Drooool all over your keyboards.