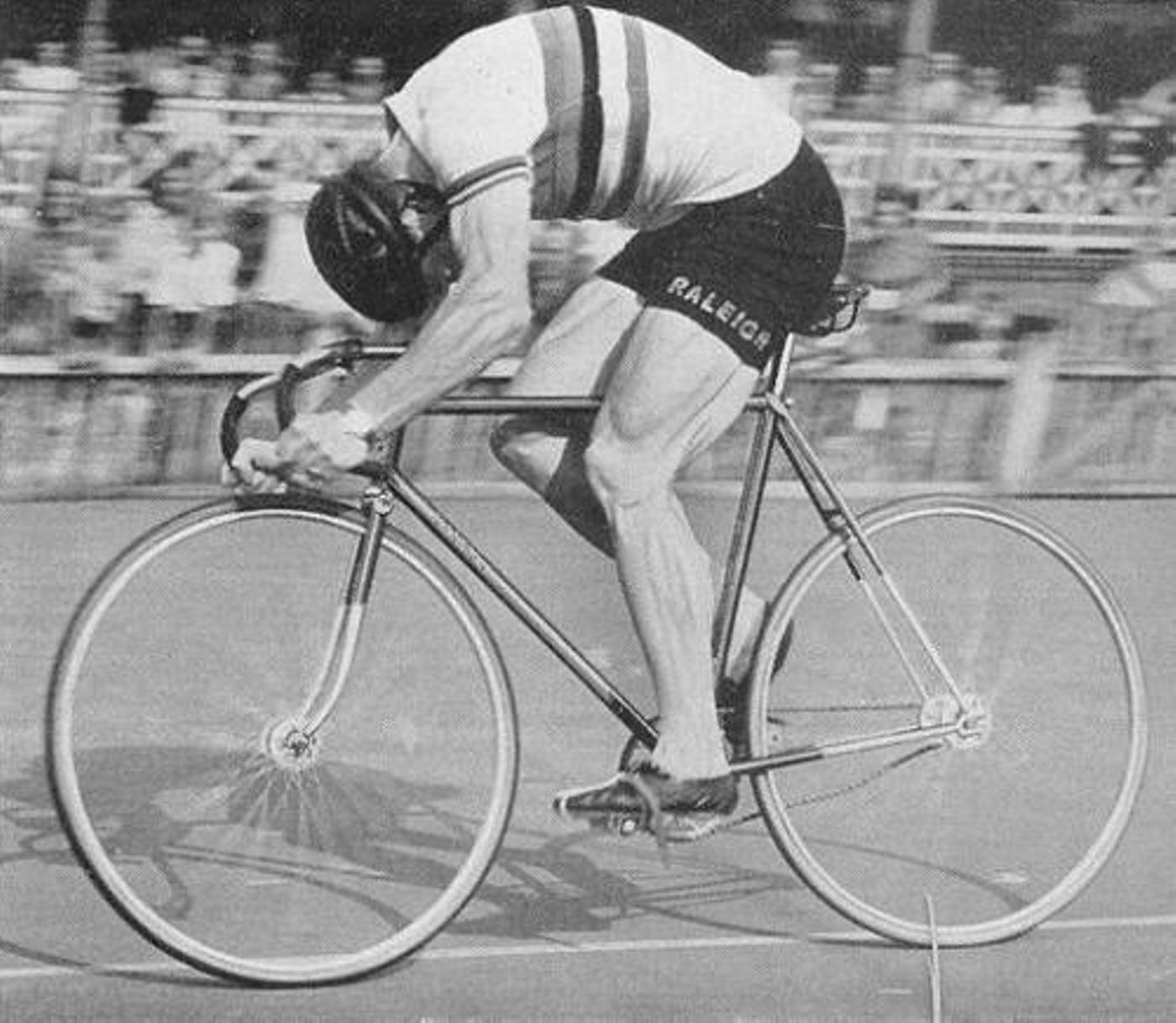 Track racers are monsters. Even before beasts like Boss and Hoy were old enough to ride a bike, men like Reg Harris exhibited pure power at the track. 4 world titles during his career and a post-retirement championship title in 1974 at the age of 54.

This picture shows the strength he possessed. Just look at that chain slack during his final sprint!