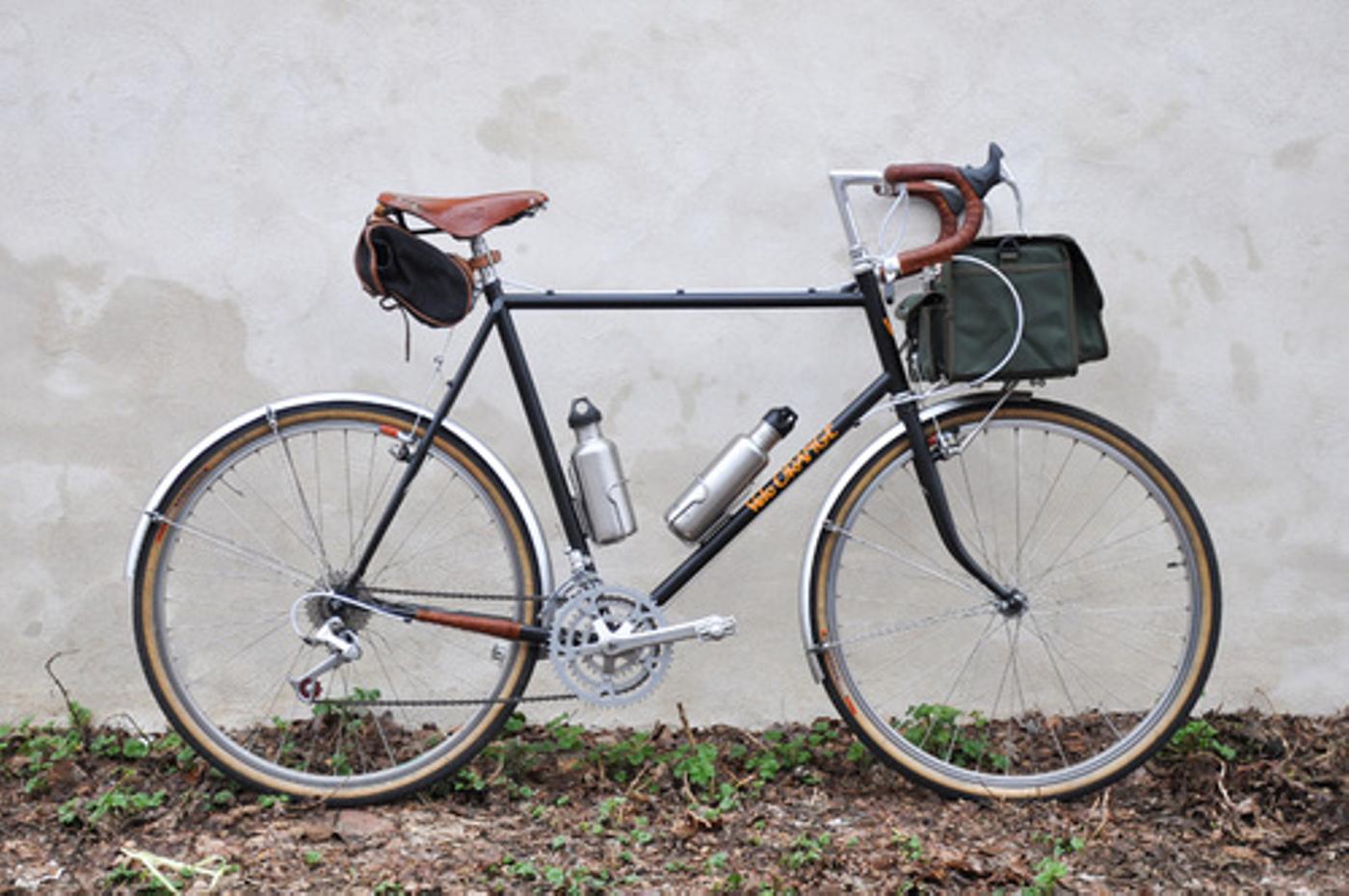 This week I’m doing a little something special for Reader’s Rides. First up is a super straight forward bike check of Honor Forte’s Velo Orange Polyvalent touring bike. I met Honor at the Philly Bike Expo where he was riding a yellow RB-1. Since then, he’s put together a rather unique Polyvalent build:

“I wanted to send you my new build since I haven’t seen many of them built up this way on the web. It’s a Velo Orange Polyvalent touring setup. I’ve spent a few years reading over Rivendell literature and have always been attracted to the way they approach what a bicycle should be used for, so I wanted to build something that would be at home on city streets, fire trails, bike camping trips, long tours, etc. An everything bike. I already had a 650B wheelset and a full touring parts group I was moving around between frames, but they’ve all found their home and best fit on this frame. It truly is a multipurpose bike. Something interesting I decided to try out though was the new VO Integrated Decaleur with the Ostrich handlebar bag.

It’s great. You’ll see in the pictures that the decaleur is bolted through the leather of the bag, and attaches directly to the rack, low to the wheel instead of high up on the bar. Combined with the low-trail fork, the bike handles as if nothing’s on it even with a full heavy load in the bag; I find that I can lean back on a long ride with no hands on the bar and it still glides straight as an arrow with no wobble. Last thing worth noting is my rear fender-line method, just because I havent seen this done elsewhere. I wanted the fender close enough to the tire to maintain consistent fender spacing, but need to move it forward when taking the rear wheel out (horizontal dropouts). My solution was to cut a thin strip of a used intertube, weave it around the fender and chainstay, and tie it off with a knot on the non-drive side chainstay. It’s a small detail but it solved a big problem for me.”

If you’re into this kinda stuff, check out a full parts list below. Check out more photos here at Honor’s Flickr and don’t worry, I’ve got plenty of track bikes coming your way this afternoon!

Keep sending theses in. Included a story about the bike, who you are and why you love it! I promise yours will make it up as long as you follow these rules: