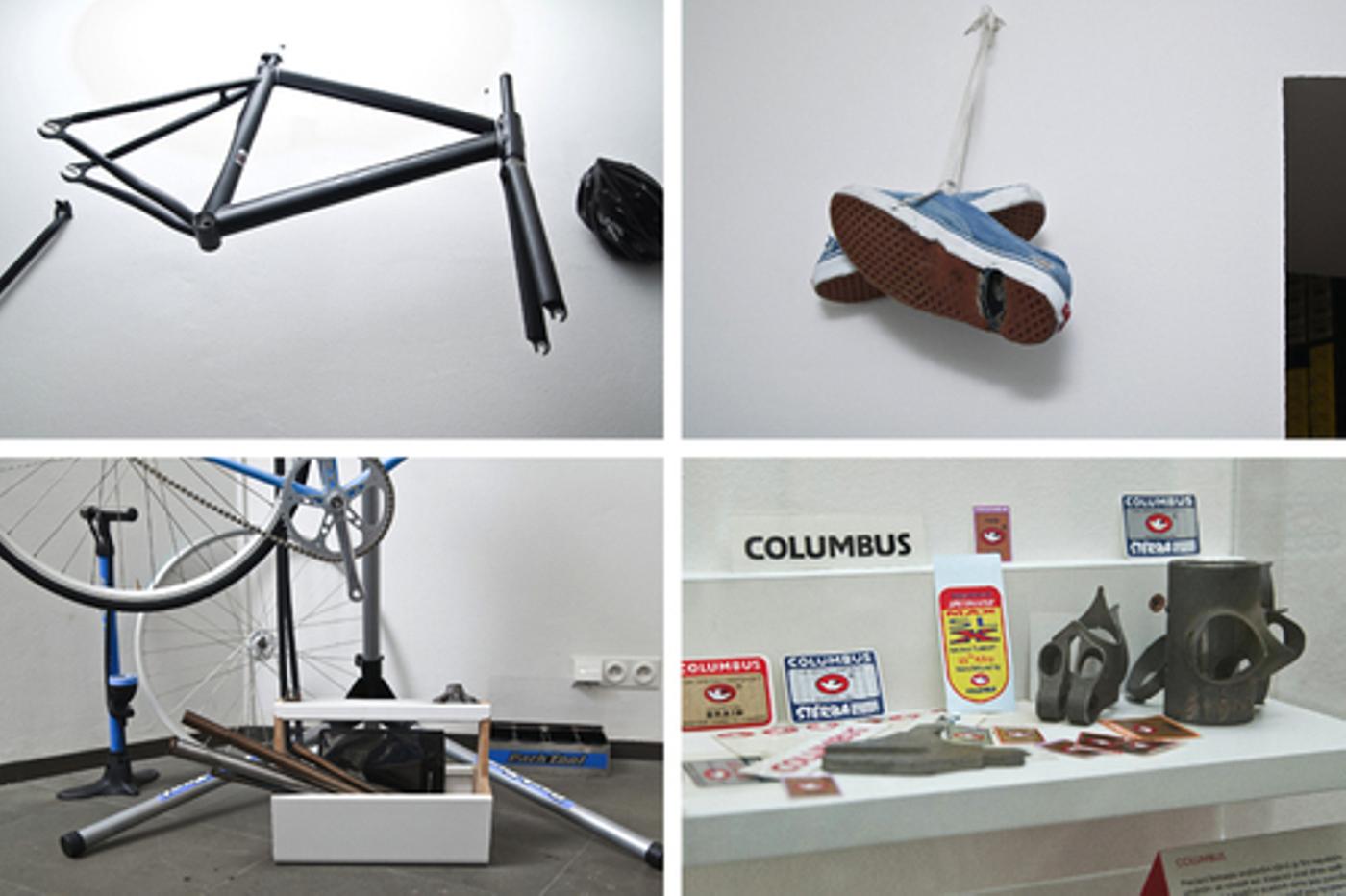 Jan from Prague runs Pedal Project; a fixed gear gallery and shop. It took me a little bit to decypher this but I think we all know what they’re saying:

“Between September 21st and October 25th was in pragues 66 GALLERY exhibition called Pedal Project: Fixed Gear, which main goal was to show this divers urban culture to the public and to make some event for the slowly growing fixed gear community here in Prague. Carefully choosen products with inovative design or strong visual quality complemented with short annotations were showing which brands and components are in our point of view important and which can speak to casual visitor, not just small group of bike fans. Besides of this, Pedal Project also did 5 custom build bikes, each in different style such as Minimal, Classic, Punker or bike special-made for the Botas 66 label, traditional czech producer of sneakers. Its not just about choosing right components to give the necessery feel but also new graphic of the frame itself, which was made in the 70s by traditional czech company Favorit. Because the exhibition was at the same time as prague design week Designblok 2010, lots of people had the oportunity to check it out. Also there was a 500 m Goldsprint right in the gallery with friendly atmosphere, so it was also good opportunity for every visitor to try how is it to ride on the fixie. Thanks to everybody who came and give us positive feedback and also thanks to the companies which supported our project and of course to the 66 GALLERY for the space.”

I’m still blown away at the extents to which the fixed gear culture is spreading. Check out more photos at the Pedal Project Blog.