It occurred to me the other day that I never really had a proper photoshoot with my Eddy Merckx team Stuttgart track bike. Sure, Sasha did a great job with the initial photos but so much has changed since then. This bike has taken me all over NYC and Austin in style and it’s my favorite bike I’ve ever owned. While the build isn’t exactly period correct, it’s got style and the fit is perfect. The bar tape is worn, there are numerous chips in the paint but it still rides like lightning.

So check out more details from my Eddy Merckx track bike and other bikes from around the globe below! Before we dive in head first to photos of my track bike, let’s look around the ‘net and see what else has surfaced in the past week. This eBay seller has a grip of MX-Leaders for sale and while none of these paint jobs are team-issued or rare, the performance of the frame itself is unsurpassed. If those frames were in pristine condition, I’m sure one or two of them would make their way to Melbourne so that the mighty Fyxo would build them up. Here’s Andy’s team 7-Eleven bike. Check out more details at the Fyxo Flickr. Preston from Denmark sent in this photo of a local guy’s Eddy Merckx Pista. Yow! 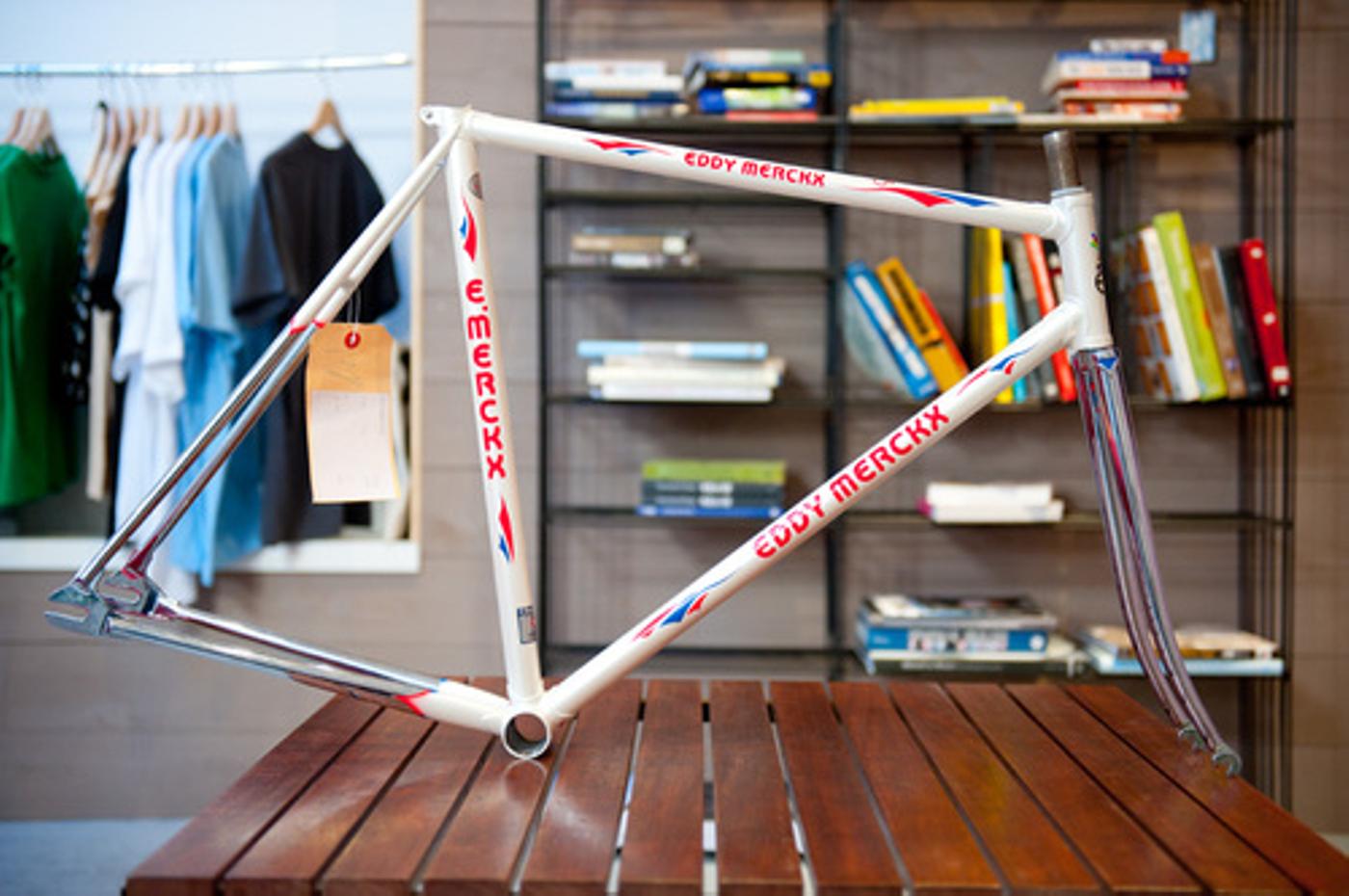 Jonathan from Landscape Magazine recently acquired this beauty and having owned a similar paint scheme, I’m definitely feeling it! 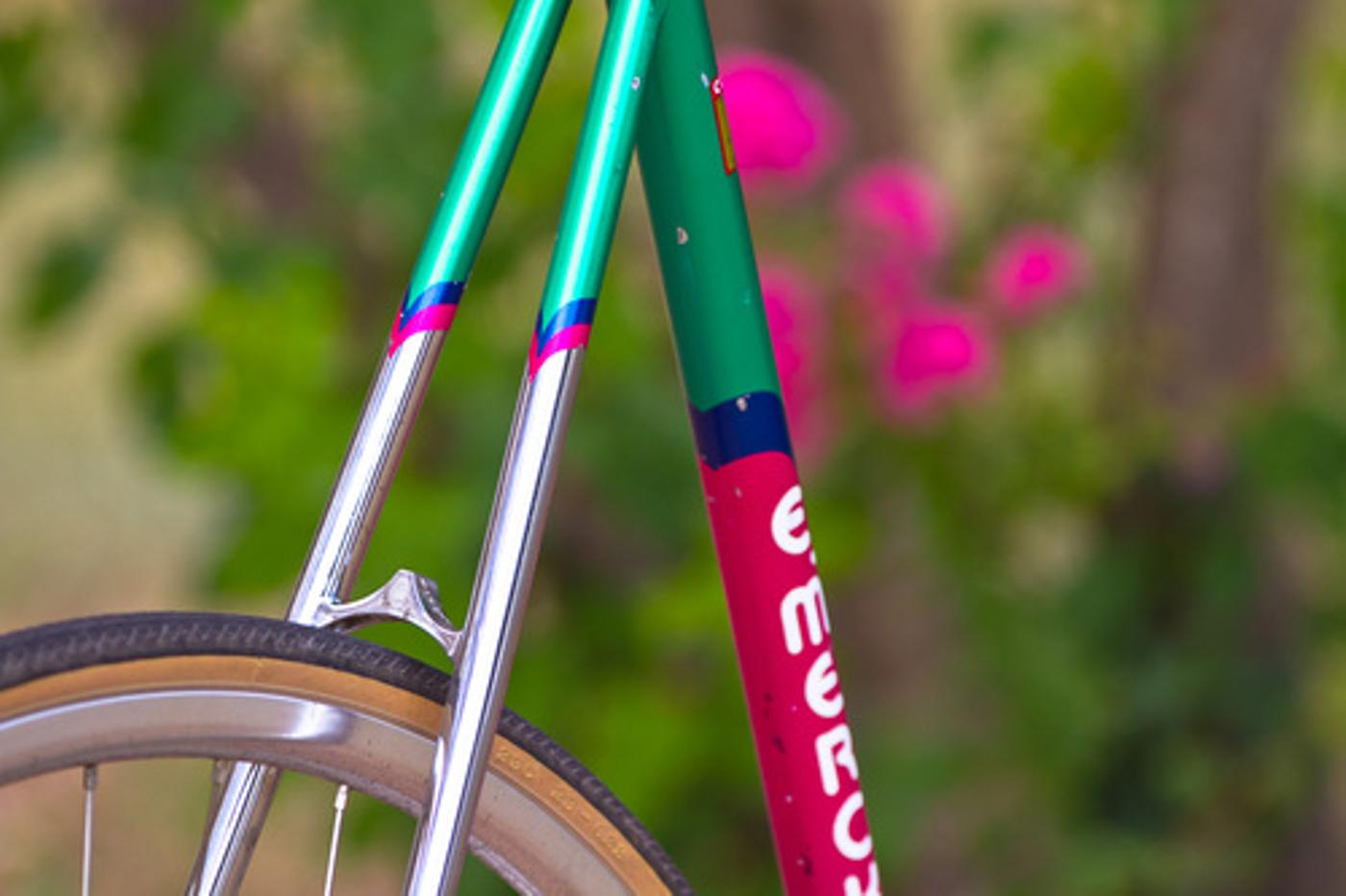 Onto my track bike. This bike needs no introduction. It’s fitted with Campagnolo, Cinelli and has been ridden on the street since September of 2009. and here’s a slideshow of the rest of the photos: