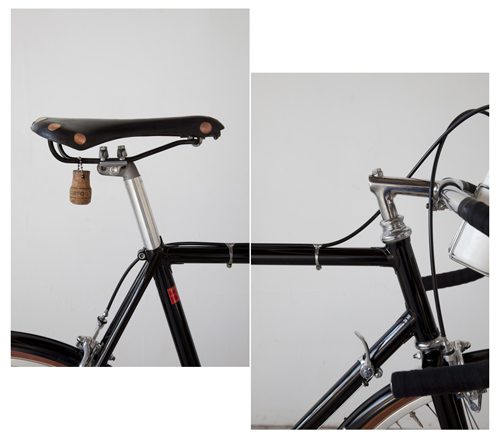 My good friend Devotion just finished up his first frame. The complete bike is stunning and definitely a noble steed worthy of his already insane stable. All of his builds seem effortless and completely comfortable. Read below as he describes what went into this work of art… 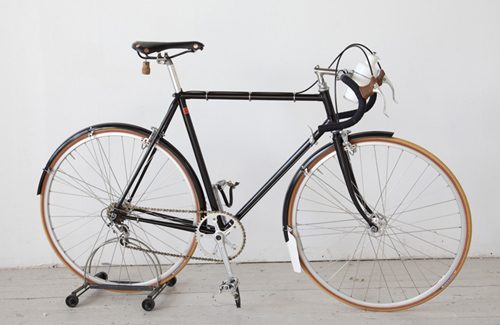 The build of the bike was very much inspired by British “club racers” and “all-rounders” of the 50’s and 60’s. Being my first frame, I liked the idea that a single bike could be built to be ridden with a number of intentions. British racers used to ride geared/fendered bikes to the track, often carrying a spare set of track wheels on fork mounted “sprint carriers” and then convert it to a “path racer”…only to re-install the fenders, brakes and other bits before heading home.

Knowing that I will never part with this first frame, I wanted a versatile build that I could set up in a number of ways for the rest of my life. The clamp-ons and 120mm rear spacing mean I can set it up as a fixed-gear, 5 or 10 speed with relative ease. Truth be told, I just wanted an excuse to gather all of the cool old Campy bits. While it does have fender clearance, it’s more of a vintage racing bike (traditional racing geometry of 73 degrees parallel) than a vintage rando bike.