This week brought some very interesting discourse in the comments section of a few blog posts. First, the Bruce Gordon SOS went up and then I posted a teaser to Majaco Bicycles, without stating who the builder was, allegations and assumptions flew like sparks. Frame building, especially in the USA, is a difficult profession. All the builders I know struggle from day to day but they continue to make Beautiful Bicycles with their hands. Mark from Majaco Bicycles is new to frame building. He’s been producing custom bicycles for a little over a year now. I spent a few hours at Mark’s house in South Austin talking bikes and discussing what makes Majaco Bicycles different from many other builders in the US. Mark is a native of Long Beach, California and last December, he moved to Austin, Texas. He and his wife have a lovely house in a quiet neighborhood just off Lamar. Unlike many people in the frame building industry, Mark is a 3rd generation Aerospace metal worker. He worked in Aerospace for 23 years and have been working around and with metal his entire life. Having been into bikes for some time and exhausted from working in the Aerospace industry, Mark decided to sell all of his bikes to fund his time at Yamaguchi’s frame building school in Rifle, Colorado. Here’s one of his first bikes, sitting with primer in his shop. Mark’s got a small, 10 foot by 8 foot work shed in his backyard where he makes all of his frames. Since moving to Austin, he’s made a few bikes for friends back home and some for locals. 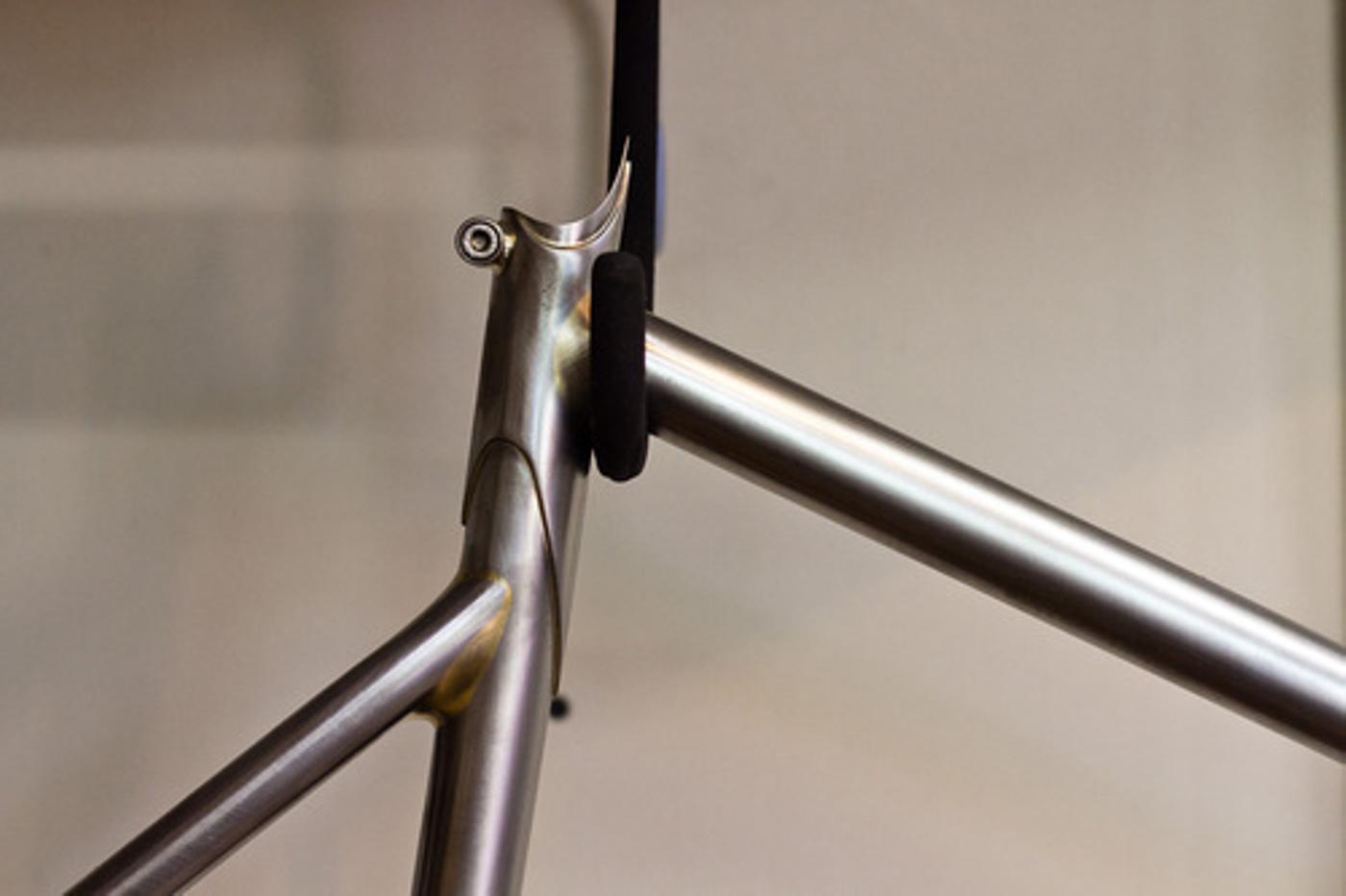 Most of the work has been full on custom bikes, like the one pictured above but Mark’s moving towards producing an affordable, hand made in the USA track framset for $750. He is using True Temper OX tubing and cast lugs with fastback seat stays and a lugged bottom bracket. 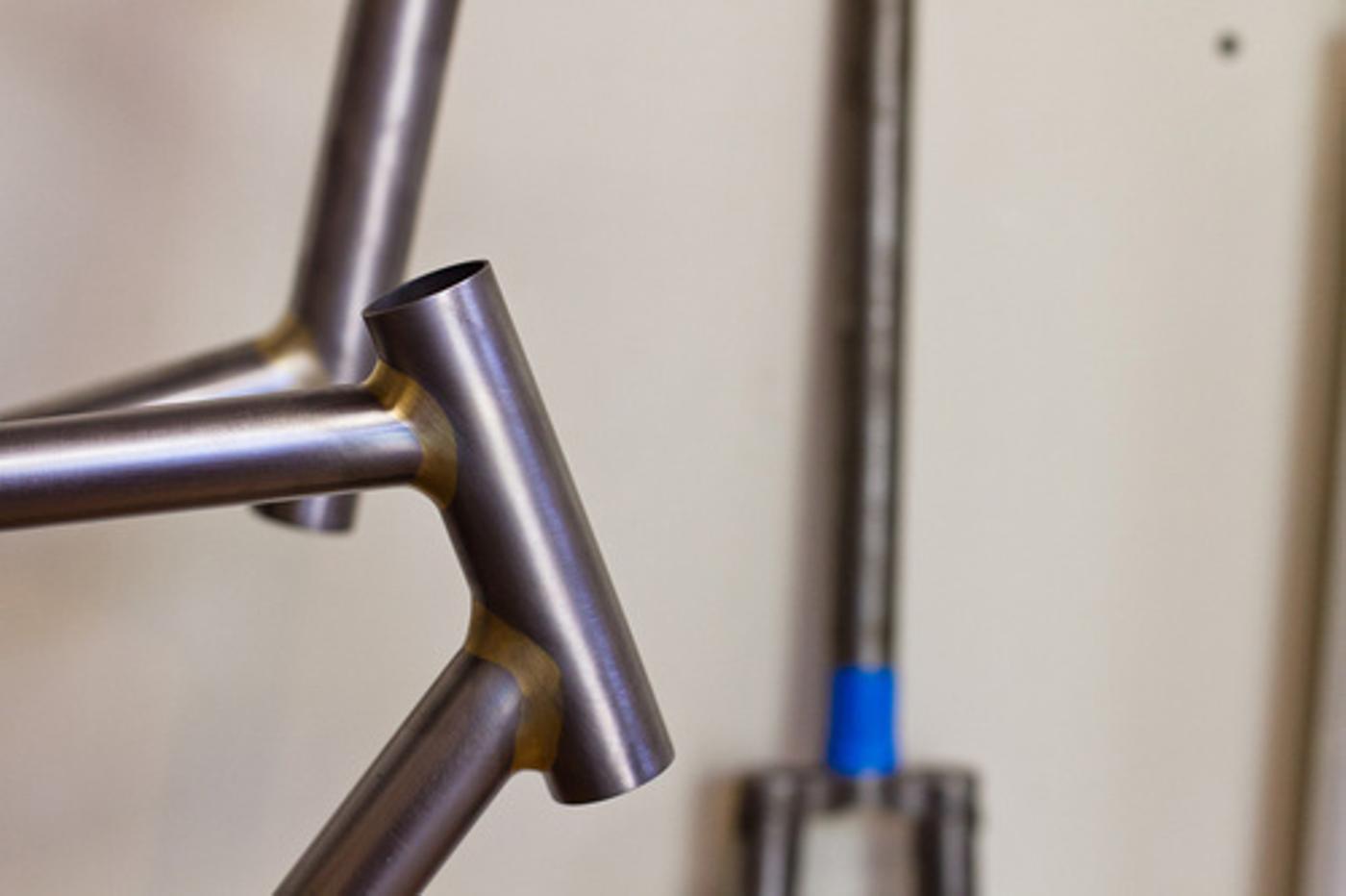 He’s fillet brazing the front end. These frames are simple, elegant and use a Keirin-inspired geometry. The level of finishing is spot on, especially for powder or wet paint. 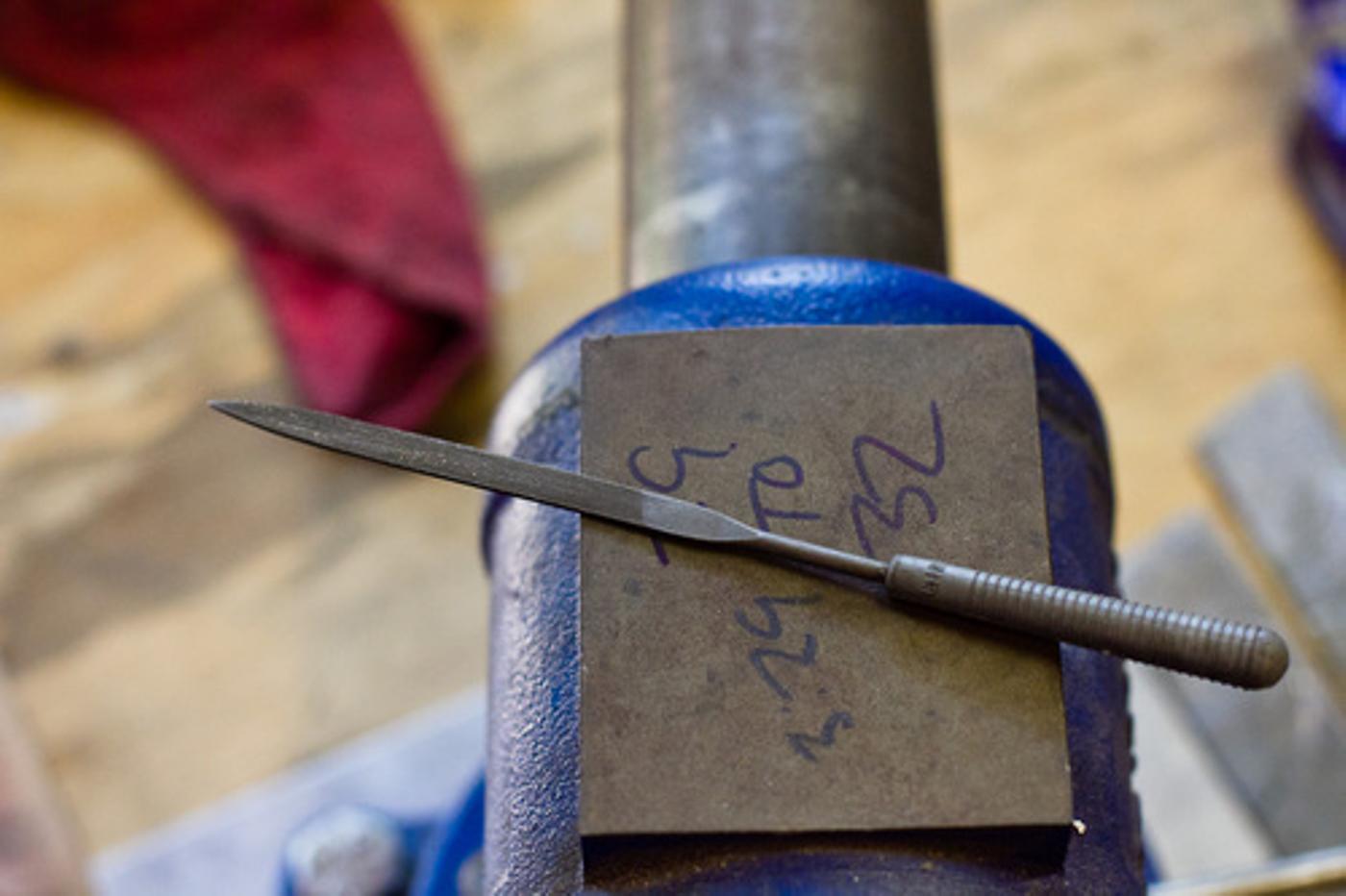 So how the hell is he offering a track frame for $750? By producing batches of a stock geometry all at once. Mark’s experience in the steel and metals industry have been brought over to the cycling industry. Making a bike frame is nothing like working with hundredths of an inch precision on multi-billion dollar projects. 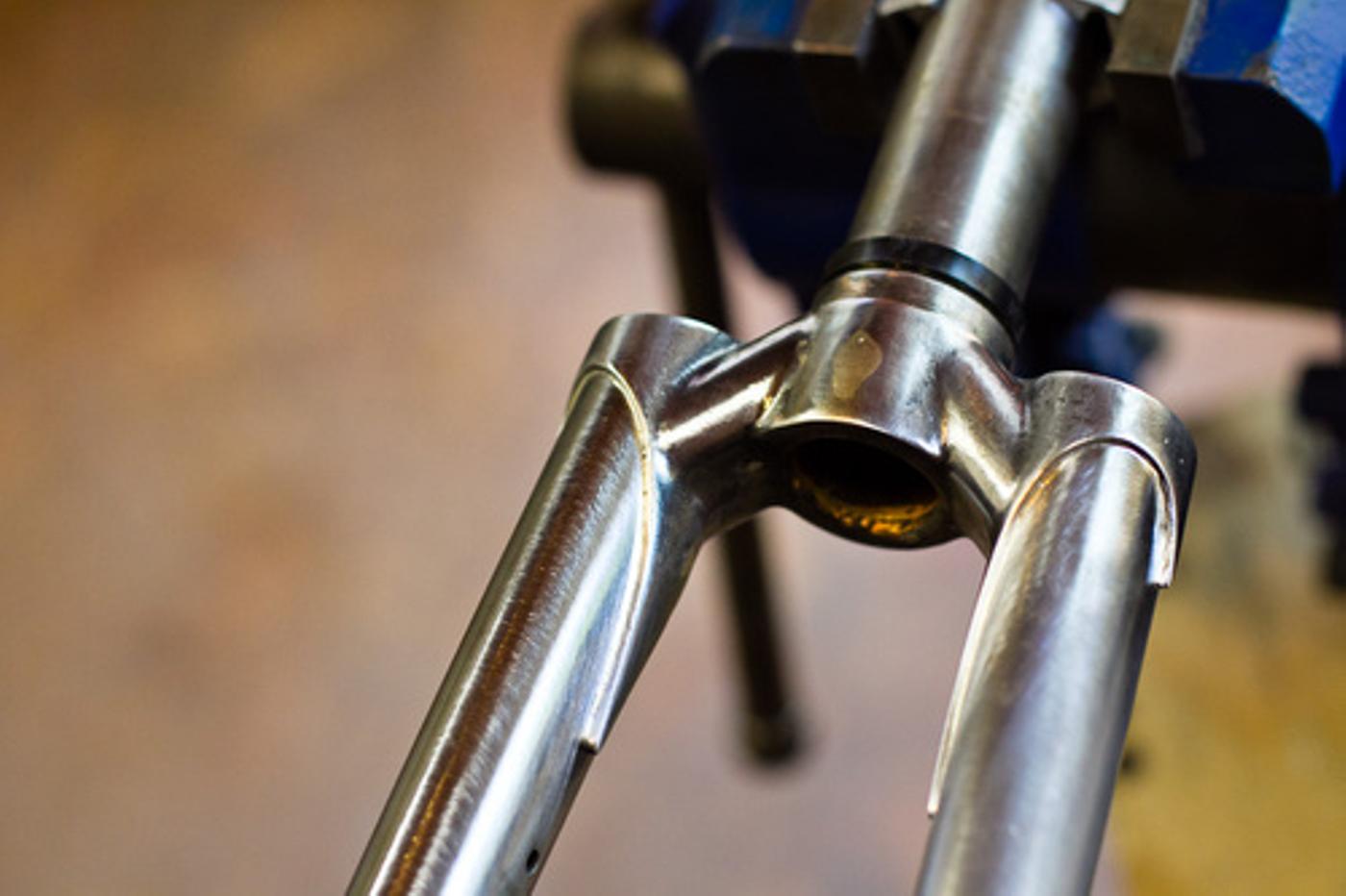 These frames then allow him to subsidize his custom orders, while keeping overhead, materials and labor at a minimum. When you can work out of your home, your costs in production are chopped in a third, especially in Austin. Here’s one of the production frames. Nothing fancy, just a clean and simple track frame. If the BMX industry can offer hand made in the US frames at a reasonable price, why can’t the track bike industry do the same? So while he spends most of his time knocking out production frames, he can sit down and concentrate on his custom orders. Which have a style of their own. This one’s going to a customer from LA who needed a 62cm track frame. The main catch here is the paint. He’s looking for a local shop that can handle painting these frames, or else he’ll just make a powder booth and do it himself. Professional, high-quality paint can add on hundreds of dollars to a frame and finding that balance on the production bikes isn’t easy. So what about other kinds of bikes? Majaco Bicycles also has some “standard” size road bikes starting at around $825 for frame and fork. They have the same details as the track frames but use a classic road geometry. I’ll show you more on this bike later. Mark’s just starting out as a builder and while people might get upset as his business model and the pricing he’s offering, it’s a great way for him to get his bikes out there and learn more about frame building. He’s found a niche market with production track frames, has maintained low overhead and is passionate about cycling. The next hurdle is to develop a good model for how to sell to bike shops. The retail market is another factor to consider. For now, you can contact Mark at Majaco Bicycles for any questions, comments or orders.

I’ve got some more photos, including details of his production and custom frames below: